You are here: Home / At Home / Christmas movies on Disney+ 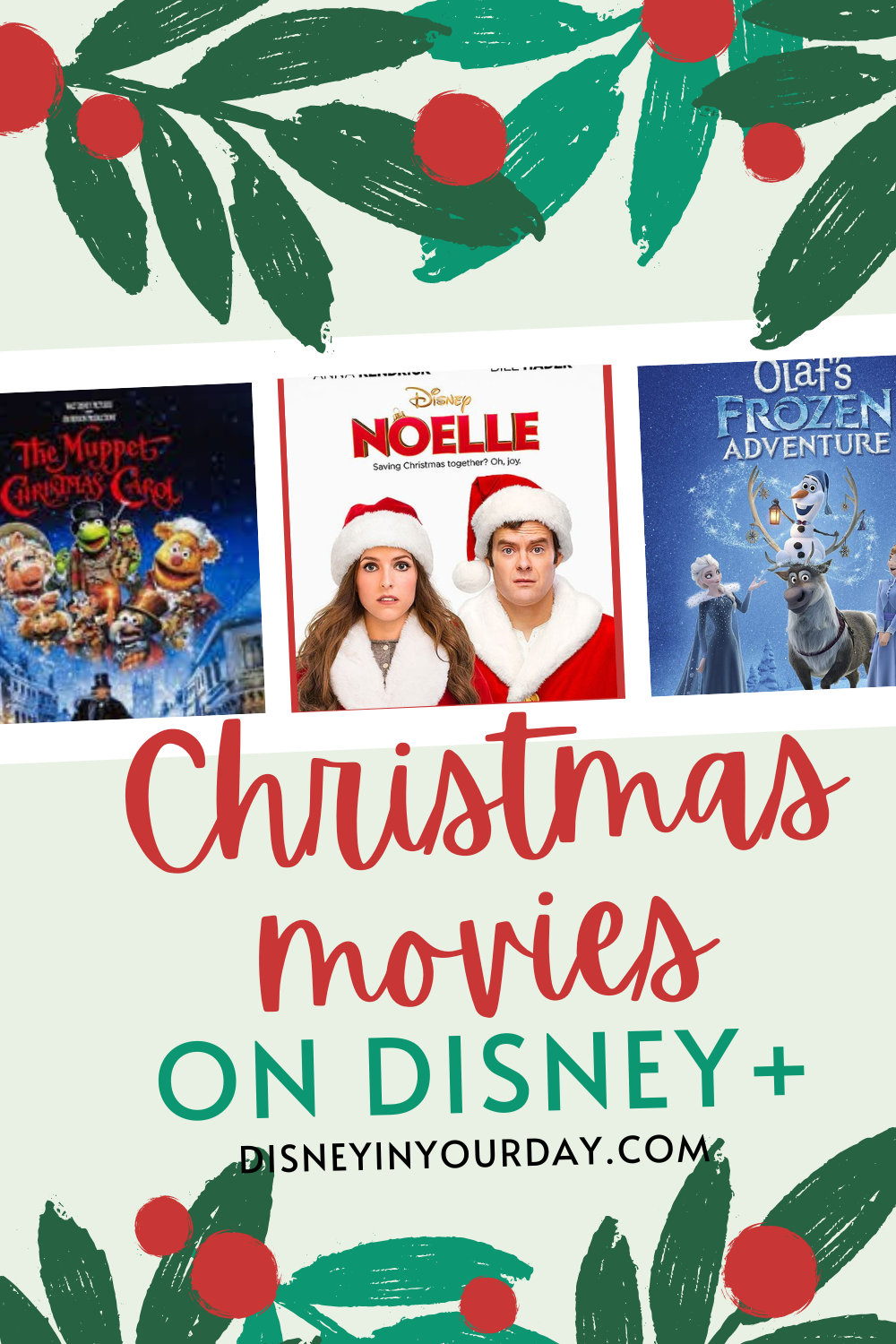 If any year is a good year to watch a bunch of Christmas movies cozied up on the sofa, this is the season! Thanks to Disney+ we’ve been handling staying inside a bit better, and now that it’s December there’s no shortage of Christmas Movies on Disney+. Between fan favorites like The Santa Clause, and new holiday films like the Disney+ original Noelle, there’s a movie for everyone.

Whether you decide to do a binge-watching weekend or you spread it out throughout the month of December with a Christmas countdown, Disney+ has you covered. And so do I! I’ve created this list of Christmas related movies – some that are outright Christmas, and some that remind us of the holidays and snow. 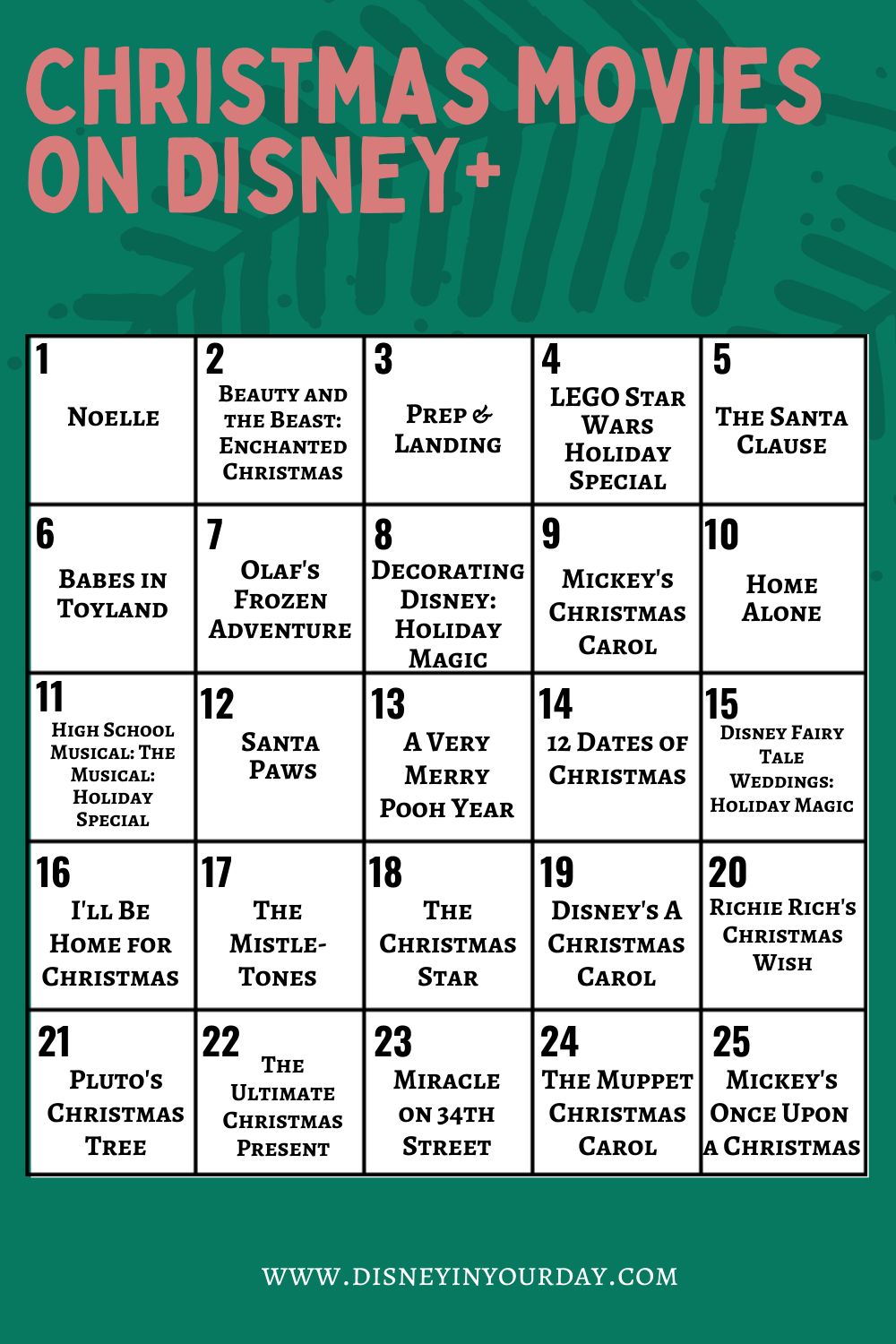 This new movie with Anna Kendrick came out last year and it’s so cute and sweet. She’s basically the female version of Elf!

Beauty and the Beast: The Enchanted Christmas

It’s not often that a sequel to a great animated film is very good, but Belle’s Christmas story is actually an entertaining movie that’s perfect for the holidays.

These elves have two cute shorts you can watch on Disney+: the original Prep and Landing, and Naughty vs. Nice.

I haven’t watched this one yet, but I hear it’s really good. Nothing like the “other” Star Wars Holiday special!

One of my favorite Christmas movies. Lots of great humor and heartfelt moments with Tim Allen! And after you watch the first one you can also watch The Santa Clause 2 and The Santa Clause 3: The Escape Clause.

For a Christmas classic, check out this one from 1961.

I really love this Frozen short where Olaf explores all the different holiday traditions around the kingdom. It’s sweet, has good music, and is a great way to see that not everyone celebrates the holidays in the same way!

Learn all about how they decorate the theme parks and bring the Christmas magic to Disney World!

A Christmas Carol is one of my favorite Christmas stories, and of course Mickey has a version of it!

This one premieres on Disney+ on December 11, 2020. I didn’t think High School Musical: The Musical: The Series would be too good but I put it on one day just to see. I fell in love with the show. So I’m excited to see the holiday special!

Cute puppies and Christmas, what could be better? Right now you can watch Santa Paws 2: The Santa Pups on Disney+. The first Santa Paws will be coming in October 2021 due to licensing agreements.

Celebrate Christmas with Pooh bear and all his friends in the Hundred Acre Woods.

If you’re looking for one of those Christmas romantic comedies, the 12 Dates of Christmas takes the idea of groundhog day, but has a woman reliving Christmas eve over and over again so she can decide who should be her Christmas date.

Watch weddings that took place at Disney with a holiday or Christmas theme.

I’ll Be Home For Christmas

Jonathan Taylor Thomas stars in this 90’s Christmas film where he learns the true meaning of Christmas.

Ed Asner plays a con man who escapes jail by wearing a Santa suit – only to be met by children who believe he is the real Santa Claus!

Another version of the Dickens story, this one from 2009 stars Jim Carrey as Scrooge.

Who remembers the 90’s film Richie Rich? This holiday sequel features Richie in his own version of It’s a Wonderful Life.

If you only have time for a Christmas short, take 6 minutes to watch this classic Disney short with Mickey and Pluto getting their Christmas tree.

For some reason I remember watching this one a lot as a kid. Two girls who live in Los Angeles wish it would snow for Christmas. But when they figure out a way to make it happen, the snowstorm has some unintended consequences they must overcome.

One of the most beloved Christmas classics, you can find this one on Disney+.

In my opinion the Muppet version of A Christmas Carol is the best one out there, and it’s the perfect movie to watch on Christmas Eve.

Mickey’s Once Upon a Christmas

Enjoy Christmas with your favorite Disney characters with three features – Donald Duck and his family experiencing Christmas every day, A Very Goofy Christmas, and Mickey and Minnie’s version of Gift of the Magi. If you need more there’s Mickey’s Twice Upon a Christmas as well!

Which of these Christmas Movies on Disney+ have you watched?