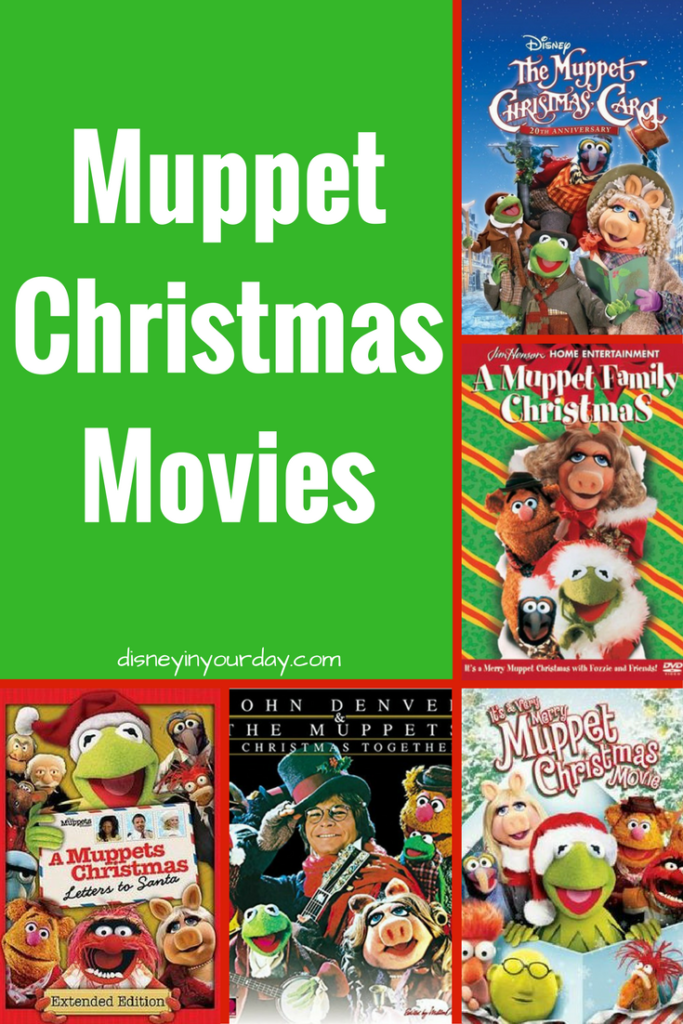 The Muppets must be a pretty big fan of Christmas, because they have quite a number of Christmas movies and specials.  I had 2 or 3 that I watched all the time when I was growing up, but then when I really went to think about it I kept coming up with more Muppet Christmas movies!  So if you’re a fan of Kermit and friends and enjoy the holidays, here are the Muppet Christmas movies not to be missed.  Some of them are still available, some are almost impossible to find, but all are full of Muppet goodness. 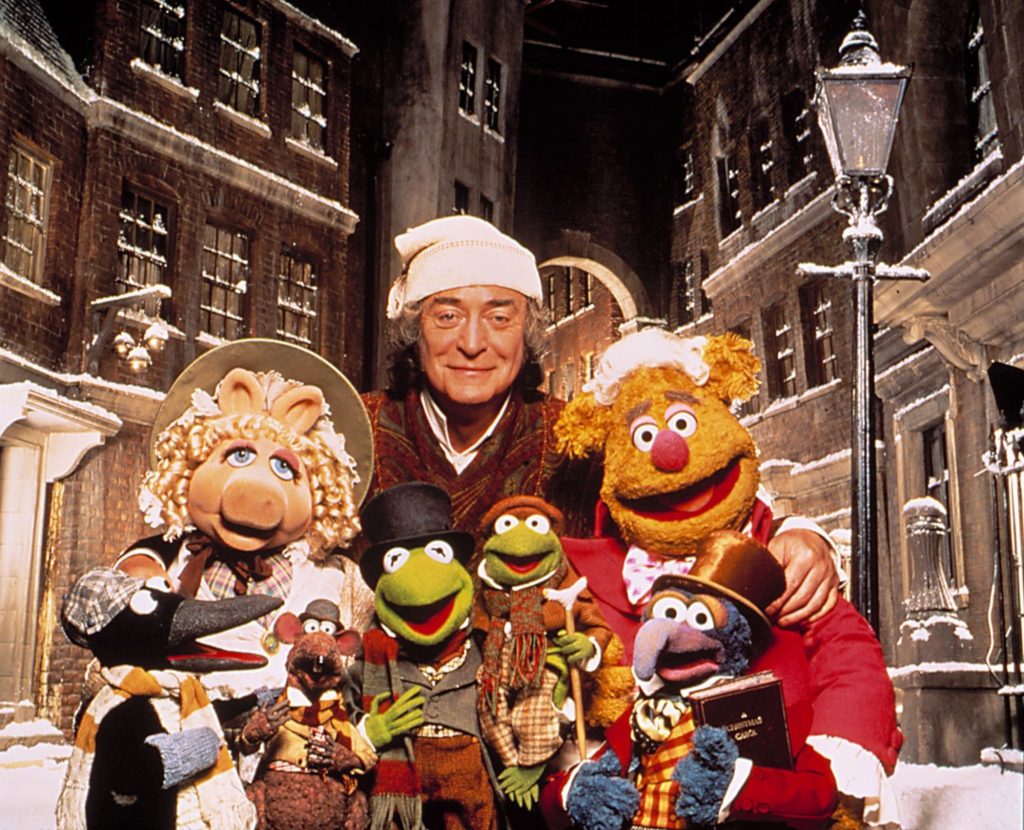 The best version of A Christmas Carol out there? I’d certainly say so, but then again I do have a Muppets bias.  It’s probably my second favorite Christmas movie, period (following only Elf).  Unsurprisingly, Kermit makes a perfect Bob Cratchit, and how could you not have Fozzie Bear as Mr. Fozziwig?  But the true highlights are Gonzo and his assistant Rizzo as the narrators (aka, Charles Dickens) and Waldorf and Statler as the Marley Brothers.  Like all Muppet movies it has some great songs, including the fun ensemble number “Scrooge”, Kermit’s Sweet “One More Sleep Till Christmas”, and the hilarious “Marley and Marley.” 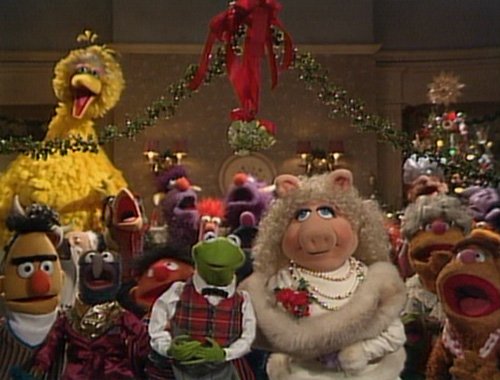 I think we had this on VHS as a kid and I remember watching it a lot, but most of my friends these days don’t seem to have watched it.  The real shame is that right now it’s about $125 on Amazon.  Anyway, worlds collide in this Muppet Christmas movie, as the Muppets all get together at a house for the holidays.  When the Sesame Street characters stop by for Christmas Carols and realize they’ll be trapped in a snowstorm, of course they’re invited to join the Muppets.  And then of course Kermit and Robin go exploring in the basement and find Fraggle Rock.  Add in some fun holiday songs and hilarious scenes like the Swedish Chef trying to cook Big Bird for Christmas dinner, and you’ve got a winning film.

3.  John Denver and the Muppets: A Christmas Together 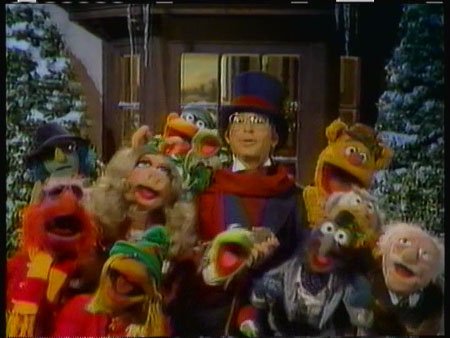 This television Christmas special came out in 1979 and unfortunately has never been released in an at-home format.  That means I’ve never seen it.  But it did lead to the greatest Christmas album of all time.  In my world, at least.  John Denver and the Muppets: A Christmas Together is the first album I put on every year the day after Thanksgiving, and undoubtedly the one that gets played the most. 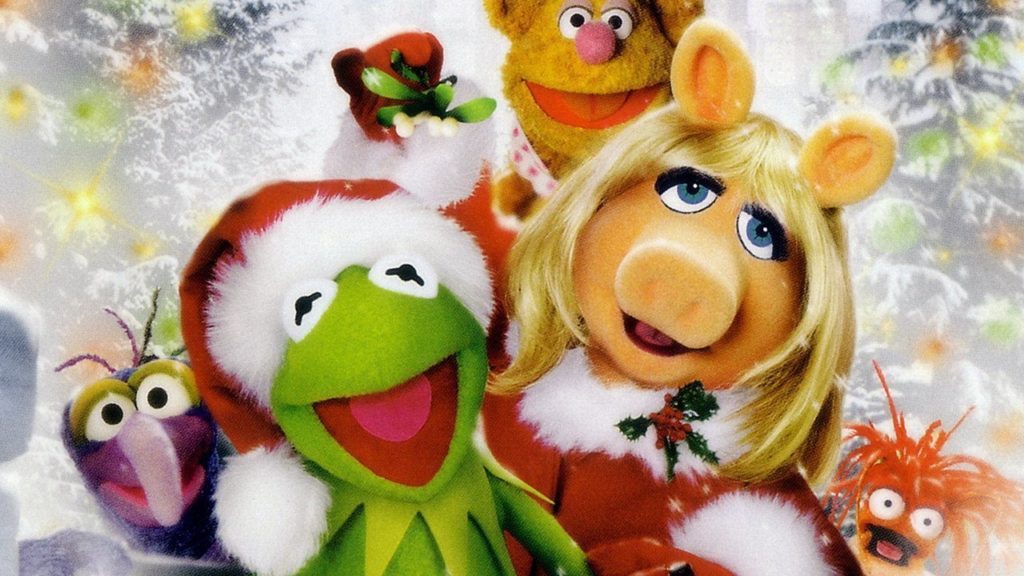 This one is the Muppet’s take on It’s a Wonderful Life.  Kermit feels like the Muppet show is falling apart because he can’t afford the rent and can’t find any celebrities to star in his show, so of course he wishes he’d never been born.  An angel appears to show him what life would have been like without Kermit, and I’m sure I don’t have to tell you it’s a sad place indeed!

5.  A Muppets Christmas: Letters to Santa 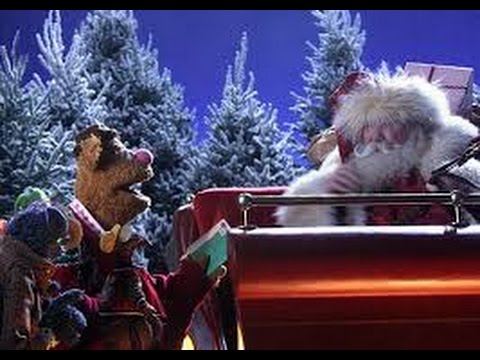 One of the more recent Muppet Christmas movies (having been released in 2008), you can still find a copy of this on DVD.  In this cute special the Muppets go to the post office to mail letters to Santa, only to discover they accidentally ended up taking a bunch of Santa letters back home with them, including one from a little girl.  Of course since the post office is then closed, they have to journey to the North Pole to deliver them to Santa themselves! 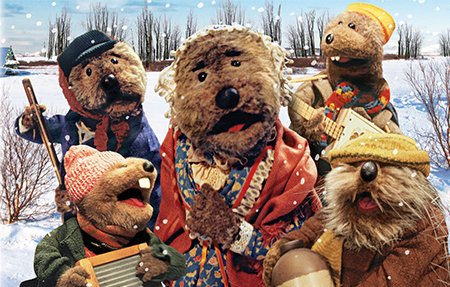 I completely forgot about the existence of this until the other day when Jason and I were listening to Christmas music in the car.  I of course had the John Denver and the Muppets album on, which Jason has heard dozens of times, but this time when we got to “Where the River Meets the Sea” out of nowhere he just says, “Emmet Otter.”  I’m like, “excuse me, what?” And he said he thought there was a Muppet named Emmet Otter who sang this song on a Christmas special. Sure enough, there is a Christmas special about Emmet Otter and his Ma, who are both competing for a prize in a talent contest to try to win money to buy the other a Christmas gift.  Kermit makes a guest appearance and the song Where the River Meets the Sea is indeed in it.  You can rent it or buy it on Amazon video.

So did I miss any? Are there any other great, possibly forgotten Muppet Christmas specials that I forgot about?  I would of course love to know about any others!  The Muppets are a big part of Christmas for me.  I did hear there was a Lady Gaga and Muppets Holiday show… but that it also wasn’t worth watching.

Have you seen any of these Muppet Christmas Movies?  Which is your favorite?

For more must watch Holiday movies,
check out the other great posts from the Blogorail!