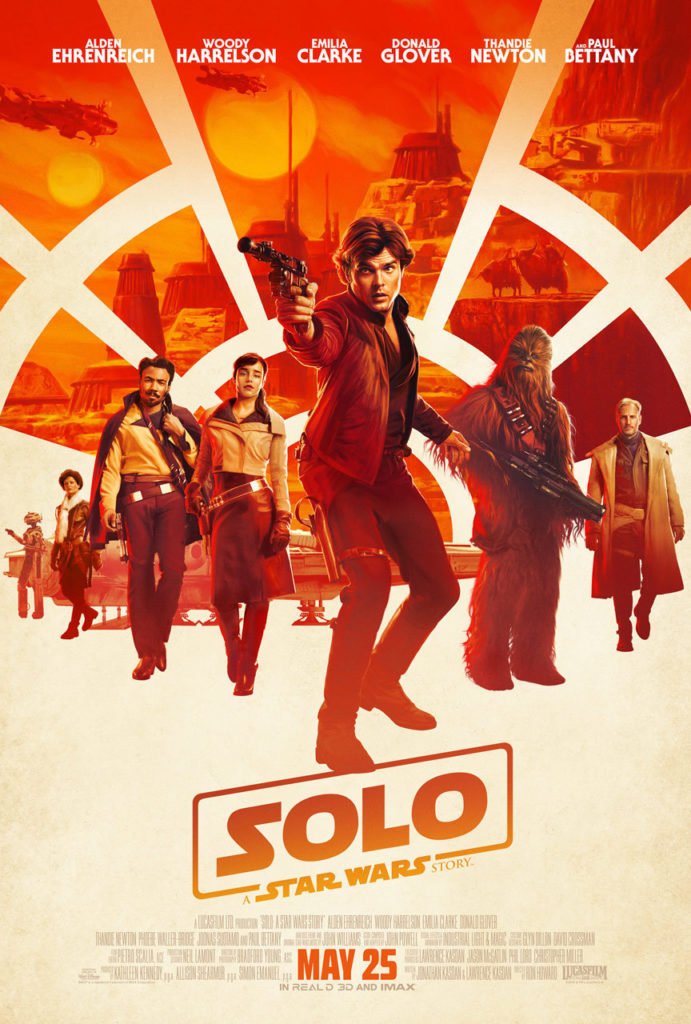 For whatever reason, Star Wars fans seemed to be down on Solo before it came out. I heard a lot of “no one asked for this backstory” or “He doesn’t look or sound anything like Han!” So I didn’t have high expectations going in, but I’m happy to say I was pleasantly surprised. It’s been awhile since I’ve sat in a movie and just had a grin as the credit came on, turned to Jason and said “I loved it!”

But that was my genuine reaction at the end. I just really, truly enjoyed watching that movie.  It may not be the most brilliant piece of storytelling or the best cinematic movie ever made, but it’s fun. It’s entertaining, and it’s a good time. The characters are fun and interesting. The plot had me invested.

I’m avoiding spoilers pretty completely in this review. I don’t think they’re necessary to talk about why I liked the movie, so feel free to read on! 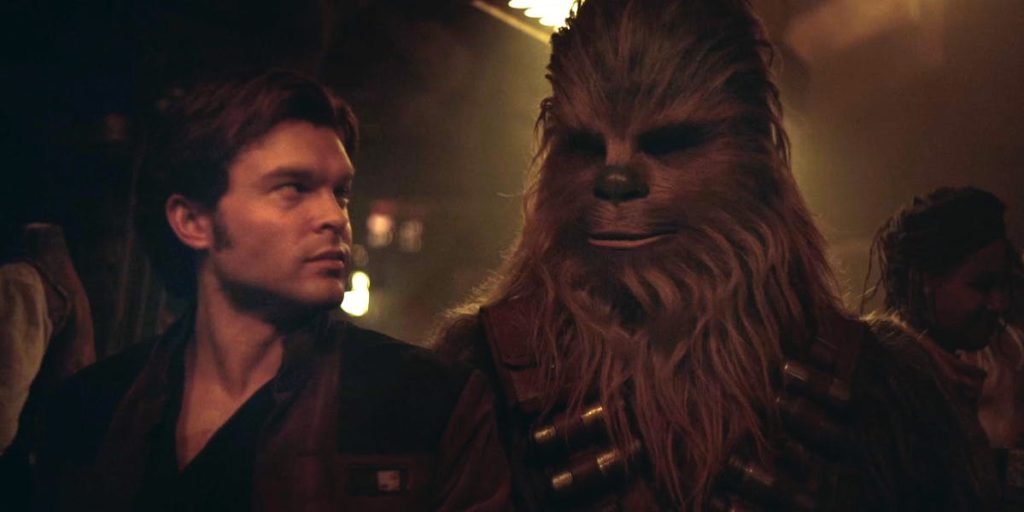 The story tells you about where Han grew up and the conditions he was in, as well as how he left that life and what happened after that. One of the main plots of the movie involves how Han Solo completed that fabled Kessel Run. I thought the throwbacks and tie-ins to previous films were neat. We saw some of our favorites and learned how they met or got involved (like Chewbacca, Lando, and the Millennium Falcon). But there were also a number of fun new characters.

I think everyone will agree that no one will ever be Harrison Ford, but I don’t think that’s a reason to hold anything against Alden Ehrenreich. I personally thought he did a good job capturing Han’s spirit.  He’s charming and good looking, and he’s not afraid to get into the down and dirty side of life. But I think Ehrenreich brings something else to the character, something in a younger Han that we don’t see later on. He still has some hope, before he’s gotten totally jaded, and Ehrenreich balances that part of Han Solo well.

Donald Glover as Lando is very fun, and the chemistry (or bromance) between him and Han is great.  Woody Harrelson presents an interesting character as Beckett, as does Emilia Clarke at Qi’ra.  We don’t have R2-D2 or C-3PO yet, but we get a female droid in L3 who is a great character. If you’ve ever wanted a social justice warrior droid, here you go.

There was maybe one scene towards the beginning that went on for a bit which I thought could have been shorter or wasn’t quite necessary, but otherwise I found the pacing of the movie to be really good. It didn’t move too quickly so that you couldn’t follow it, but I didn’t find it to drag either. 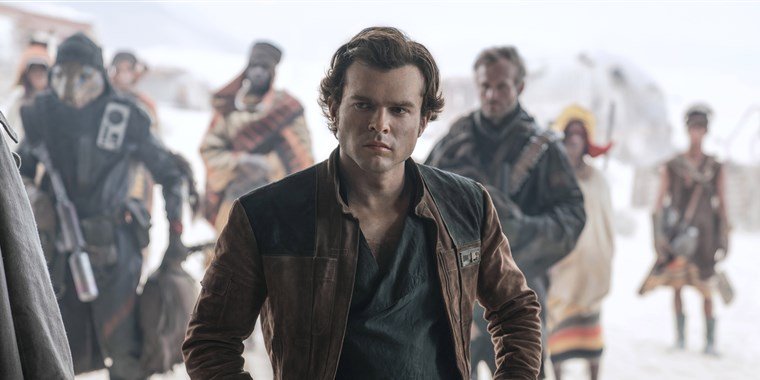 I really appreciated the fact that I didn’t think the movie was trying too hard. It feels like many recent films are trying so hard to be the most amazing movie ever and do something brilliant, and too often they fall short. When I saw Infinity War I feel like I went into it expecting so much and it didn’t live up. Solo doesn’t try to do that, it just tries to deliver an entertaining, good time – and for me it was very successful.

Have you seen Solo: A Star Wars Story? What did you think?