You are here: Home / Animal Kingdom / Disney news, rumors, and round up – February 2018 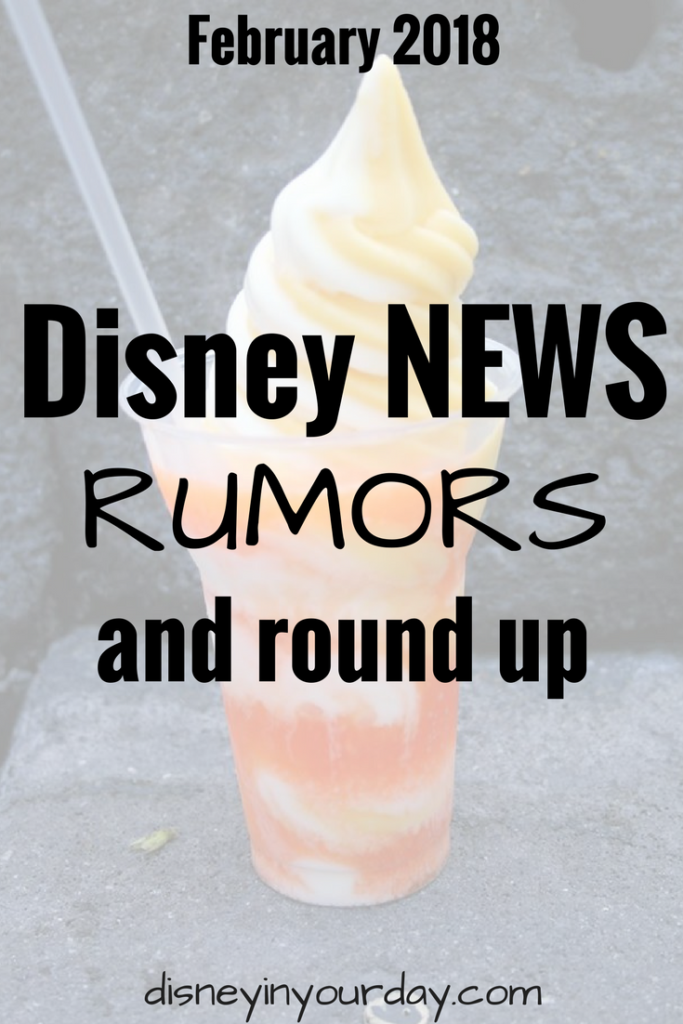 It’s February, which means I’m going to Disney this month!  This has been the case for the past 4 years, as I keep going back for Princess race weekend.  I think it’s a nice time to go.  By February I’m at the point where I’m sick of the cold and need a break.  And while the parks do tend to be more crowded because of the race weekend, they’re still manageable.  We also have a lot of news from this past month, and thanks to my reader survey I discovered some more new (to me) Disney blogs to follow that many of you recommended!  So I’m excited to say that this month I have 8 articles from other bloggers to share with you below, in addition to the news and rumors.

Hollywood Studios  //  A name change for Hollywood Studios has been talked about for a long time, but now there’s finally a strong rumor of what the new name will be: Cinemagine Park.  I’ll admit I’m not a fan.

Movies  //  Disney has been big on the live action movies recently, and the latest rumor is that Ridley Scott is in talks to direct a movie about Merlin from The Sword in the Stone.

Epcot  //  A rumor has been circulating that a new signature Japanese steakhouse will be opening in the Japan pavilion in Epcot’s World Showcase.

Monorail  //  Because of safety issues, rumors have been flying about one or both of the monorails closing, either temporarily or permanently.  I certainly hope we don’t see a permanent closure!

If you love some good craft beer like me, you’ll probably find this guide to Beers of Epcot outside of the parks from Disney Adulting to be quite useful!

I’ve been loving all of the recipes over on Popcorner, and how cute are these mini Captain America apple pies?

Over at EasyWDW, Josh warns us that we could be looking at higher wait times for Toy Story Mania until the new land opens, due to the third track being closed.

The blog Parkeology covers some Disney dark rides that have surprisingly unhappy endings.

Mindy from This Fairy Tale Life tells us why Disneyland still has so much to offer, despite all of the construction happening there!

Did you know there’s a short run held every Sunday at Port Orleans French Quarter called the Beignet Dash? Beth from a Disney Mom’s Thoughts tells us all about it.

People sometimes ask me what else there is to do in the Orlando area besides Disney, but I admit I don’t venture past the theme parks much! Luckily the blog Flip Flop Weekend has a post on 36 fun things to do in Central Florida.

On the Disney Tourist Blog Tom tackles the question “Is there an off season at Disney World?” And like me, he feels the answer is no – but that’s not something to panic about.