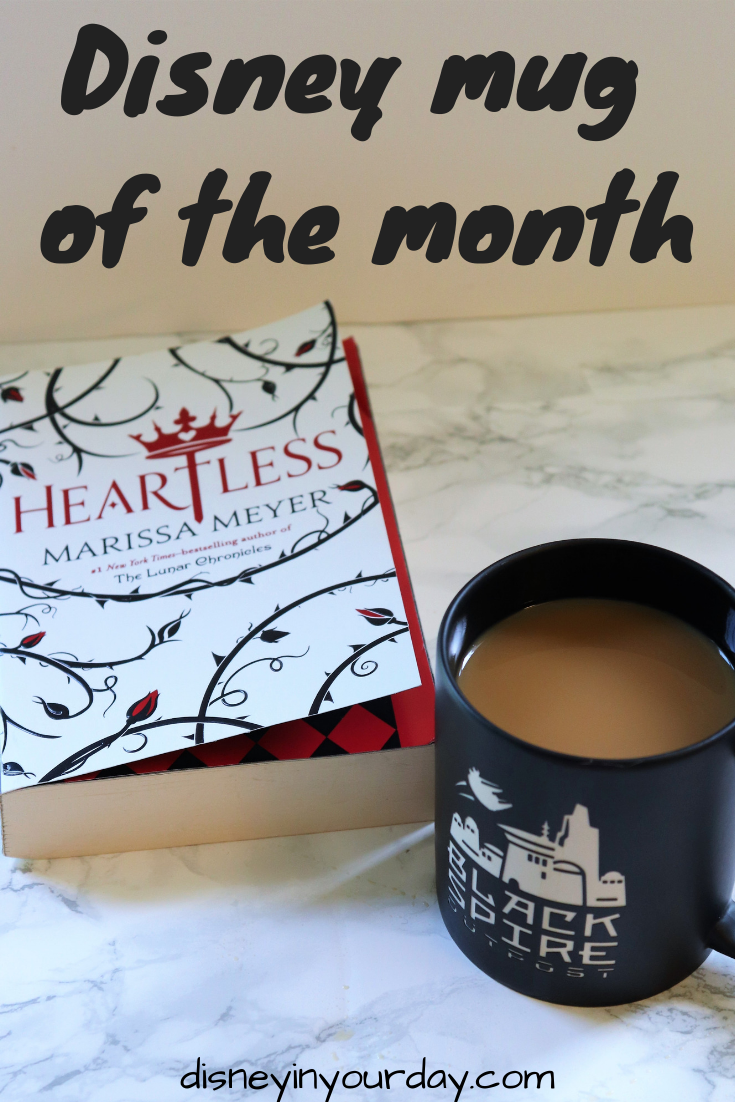 If I go on a Disney trip, there’s a good chance I’m going to buy a mug. Especially if I’m going for some sort of special event or activity that I haven’t done before. So on this past trip to Disneyland there were two occasions to buy mugs: visiting Star Wars: Galaxy’s Edge, and getting a tour of the Walt Disney Studios. Of course I bought a mug in both locations, and today I’m sharing my Galaxy’s Edge mug!

All of the merchandise in Galaxy’s Edge itself is supposed to be authentic to the land – so you can’t buy something that says “Star Wars Galaxy’s Edge” (though you can get that stuff in other shops outside of the land). Because when you’re there you’re not in Disneyland… you’re visiting Black Spire Outpost. Since it is an area where many space travelers visit, they do sell merchandise that says “Black Spire Outpost” on it – just like how you might get a mug that says “Las Vegas” if you were visiting Vegas. 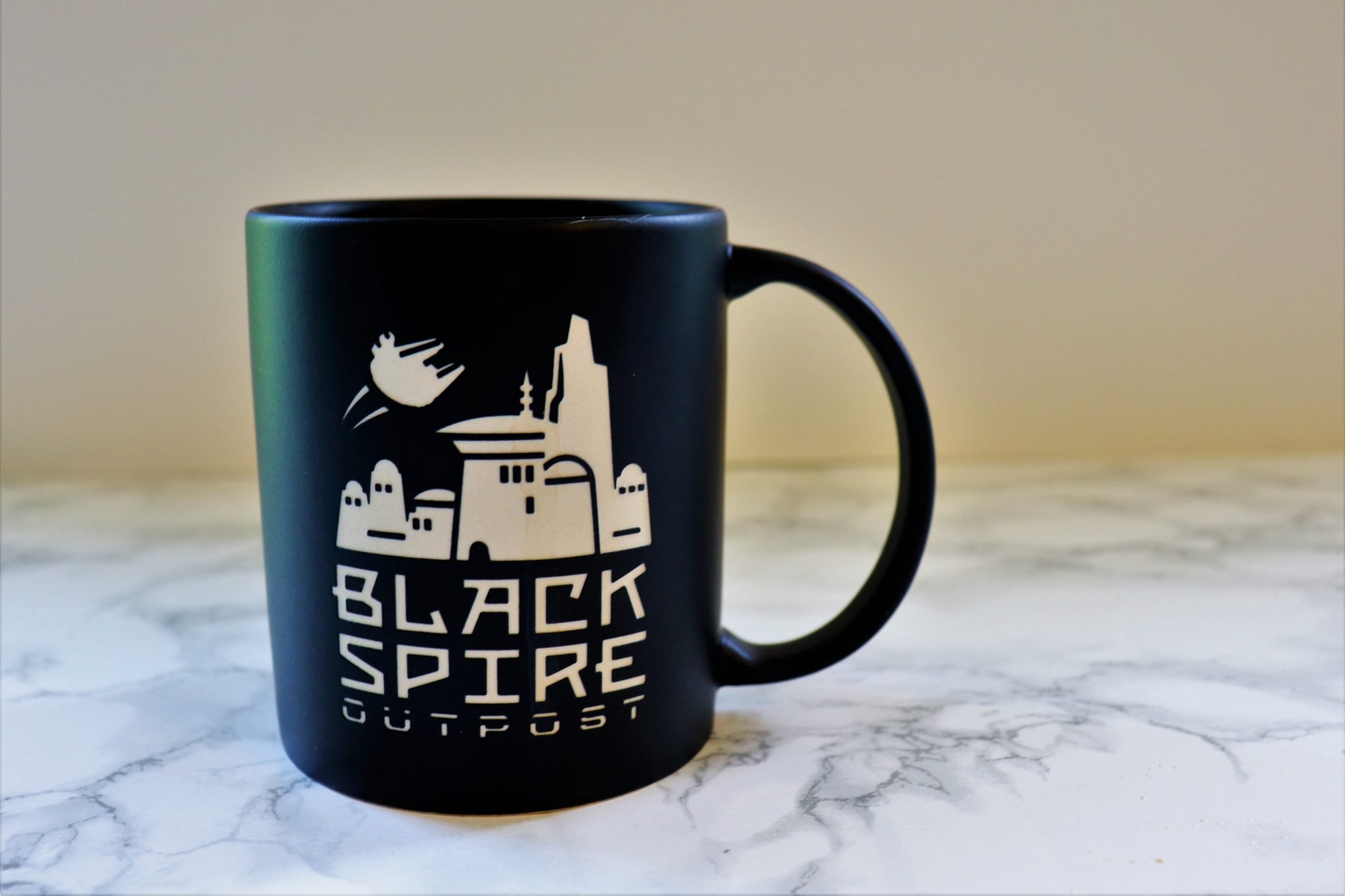 So I got a mug that says Black Spire Outpost. The design is fairly minimalist, and I like it a lot. The mug is black with white engraving. It’s done in a cool font with a silhouette of the city. On the back of the mug it just says “Batuu” (the planet that Black Spire Outpost is located on). Underneath that it has the word Batuu written in Aurebesh.  This is the writing system used in much of the Star Wars galaxy, including on Batuu! 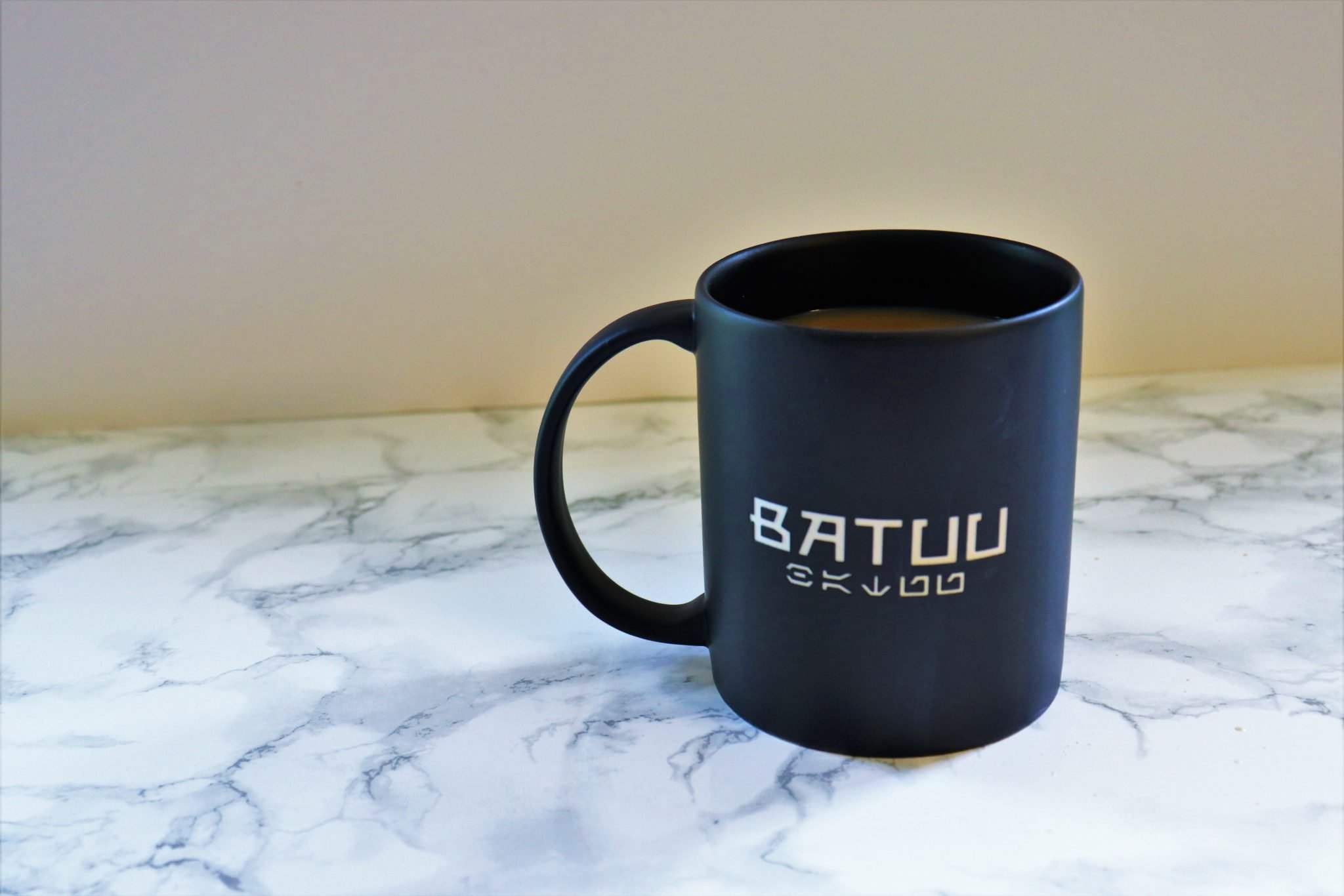 What’s in my mug: I bought some new coffee from Expedition Roasters – this time it’s the Redhead Rum, named after the famous character in the Pirates of the Caribbean ride. It’s coffee with rum flavoring (not real rum… though some days I consider adding it…) and it’s super tasty. 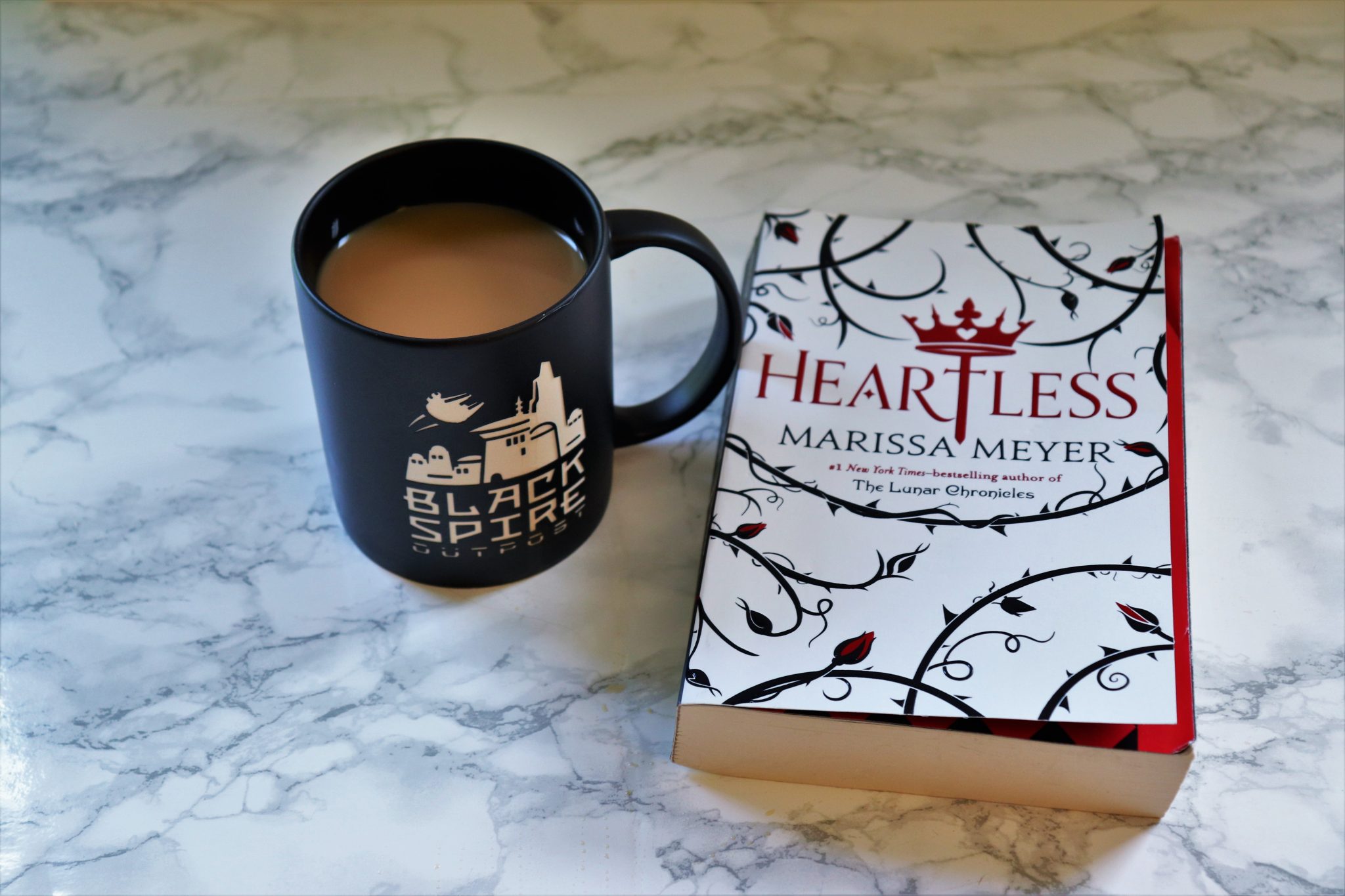 What I’m currently reading: Right now I’m in the middle of the latest book for our Disney Book Club read, called Heartless by Marissa Meyer. It’s kind of the origin story of the Queen of Hearts. I’m about 100 pages in and right now the future Queen seems like a sweet, caring girl (with a fun romance going on with the Court Jester) so I’m super curious to see how she reaches such a downfall into villainy.