You are here: Home / Books / Disney mug of the month: Bespin 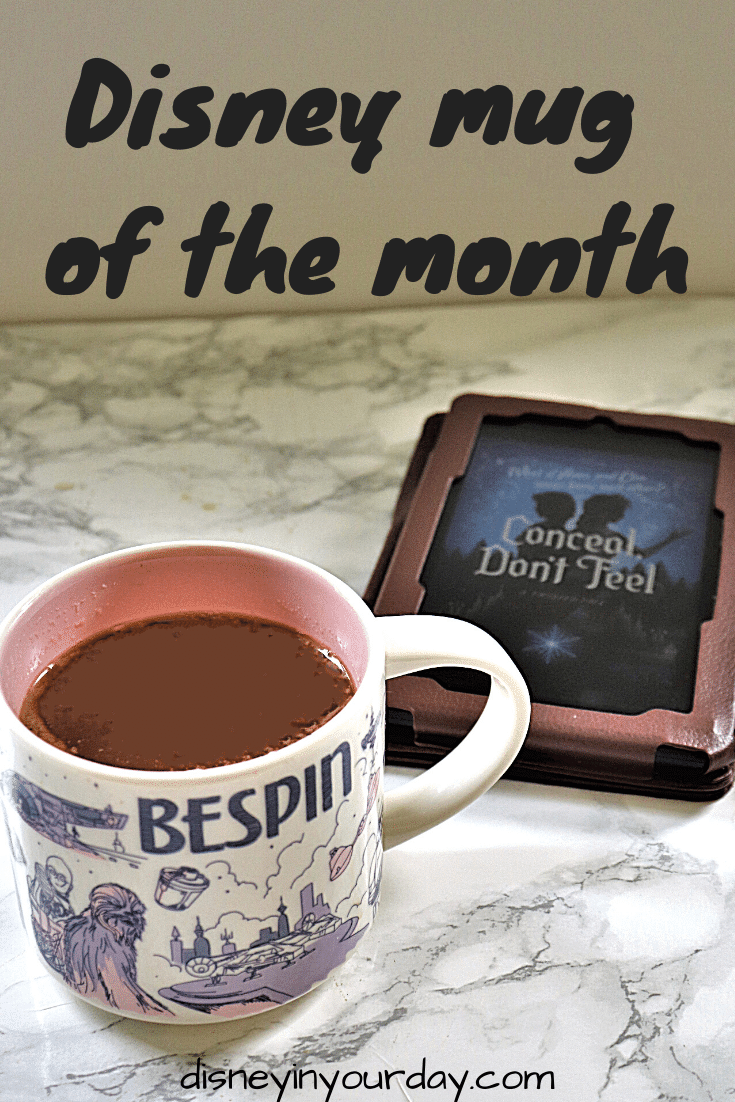 Disney makes a lot of cute merchandise, but when they did limited edition items people go wild – especially when it’s Star Wars. On May the 4th they released some new items and it basically caused the ShopDisney website to crash. It was taking people hours to check out just to get a few items! I was interested in the mugs (of course), but it was getting to my anxiety a bit. I had them in my cart, tried to check out, but ultimately failed before they sold out.

However, I truly have some of the best friends, because a little bit later I got a text from a friend asking if I was successful. I said no, I wasn’t able to get any of them even though Bespin was really the one I wanted the most. She mentioned she happened to have grabbed an extra one for me so she wasn’t kinda glad I didn’t get through! (Believe it or not, this actually happened a second time for the Hoth mug where a friend had an extra and asked if I’d like to buy hers. I’m so lucky!). 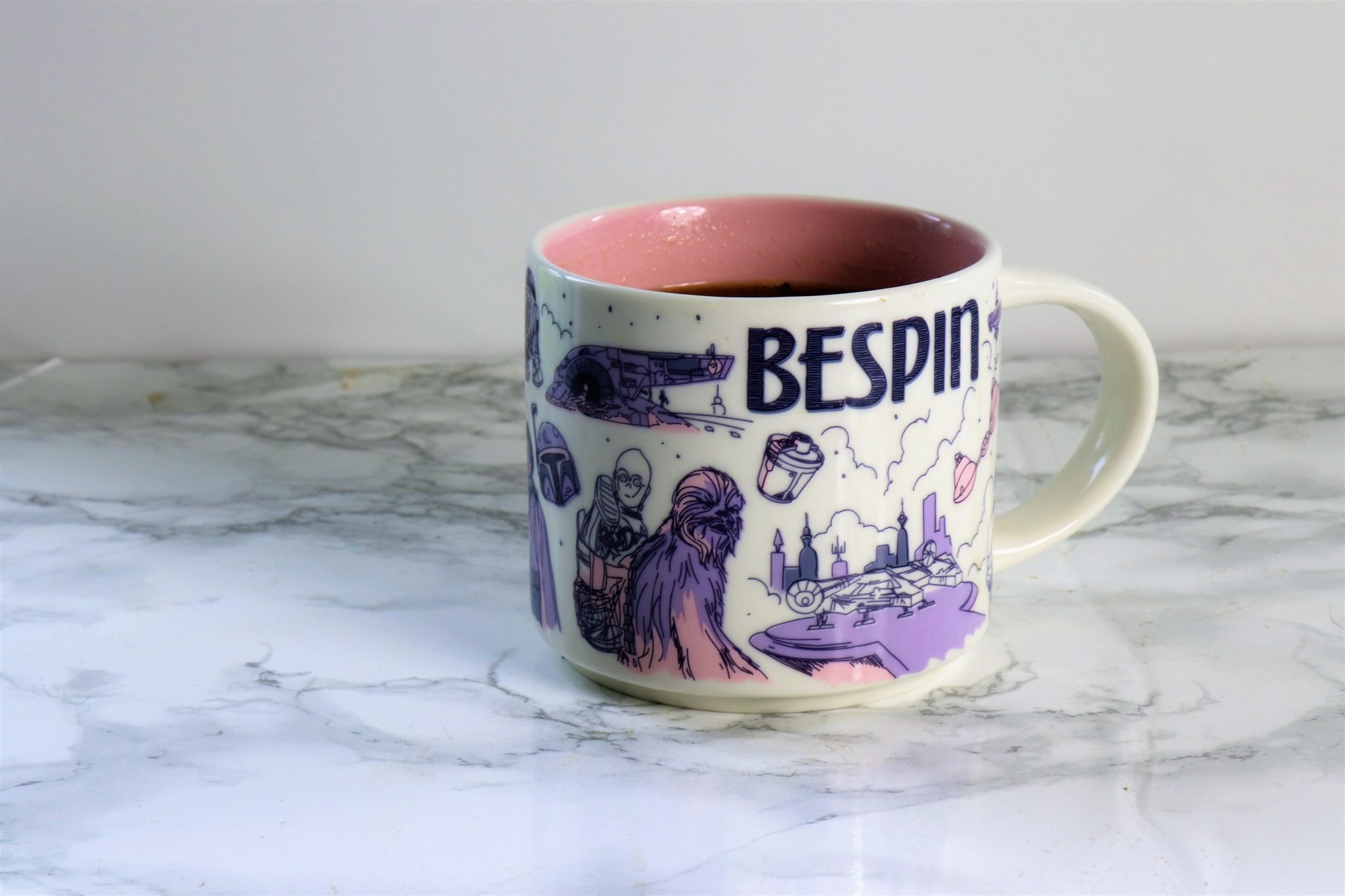 Now on to the actual mug! These are actually produced by Starbucks, and if you’re familiar with their “You are Here” series of mugs that they make for different locations around the country and the world, you’ll notice it’s actually the same line. As far as I’m aware this is the first time they’ve made a mug for You are Here that was a fictional place! Three were released – Bespin, Hoth, and Dagobah.

Bespin is the planet where you’ll find Cloud City. This design appealed to me the most because it has a lot of my favorite characters and scenes, plus I love the purple and pink color scheme. On the front where the word “Bespin” actually appears you can see Chewy and the Millennium Falcon. Then towards the side you’ll find Lando, Boba Fett’s helmet, and our two favorite droids. Finally on the back is Darth Vader with the quote “I am your father” and Han Solo in carbonite.

There are lots of other little details sprinkled throughout of course, but these are just the highlights. Overall it’s a great representation of the Empire Strikes Back.

What’s in my mug: I had recently placed a Joffrey’s order to get some of their Disney coffees. They sell the coffees they use in a number of Disney restaurants and I like to try a bunch of them. This time it was the coffee from Trattoria al Forno. This is one of my favorites so far. It’s got a great, rich flavor.

What I’m currently reading: Right now I’m in the middle of Conceal, Don’t Feel: A Twisted Tale by Jen Calonita. I actually got the ebook for free a few weeks ago when Disney was doing a special offer. This is the title for my online Disney book club this month. I’ve read a number of the other Twisted Tales and overall I’ve really enjoyed them! This one asks the question “What if Anna and Elsa never knew each other?” The premise of the book is that when Elsa started showing her powers and Anna was injured the parents felt it was better to separate them and have Anna live with another family as if it were her own. It’s pretty interesting so far, especially since so much of the movie is really about the bond between the two sisters. I feel like I am getting to know Anna and Elsa and their personalities even better this way.