Tis the season to eat! Like most times of year, one of my favorite parts about visiting Disney World is the food. And they definitely don’t skimp on holiday treats and drinks at Disney World. There are specials all over the parks and resorts, and I wanted to highlight a few of my favorites here. This list is by no means exhaustive, just some really good ones!

I also want to remind anyone visiting the theme parks to stay safe and consider if now is the best time to go. Many of these treats are from previous years and I am hopeful they will return for next Christmas too!

So let’s take a look at the best Holiday treats and drinks at Disney! 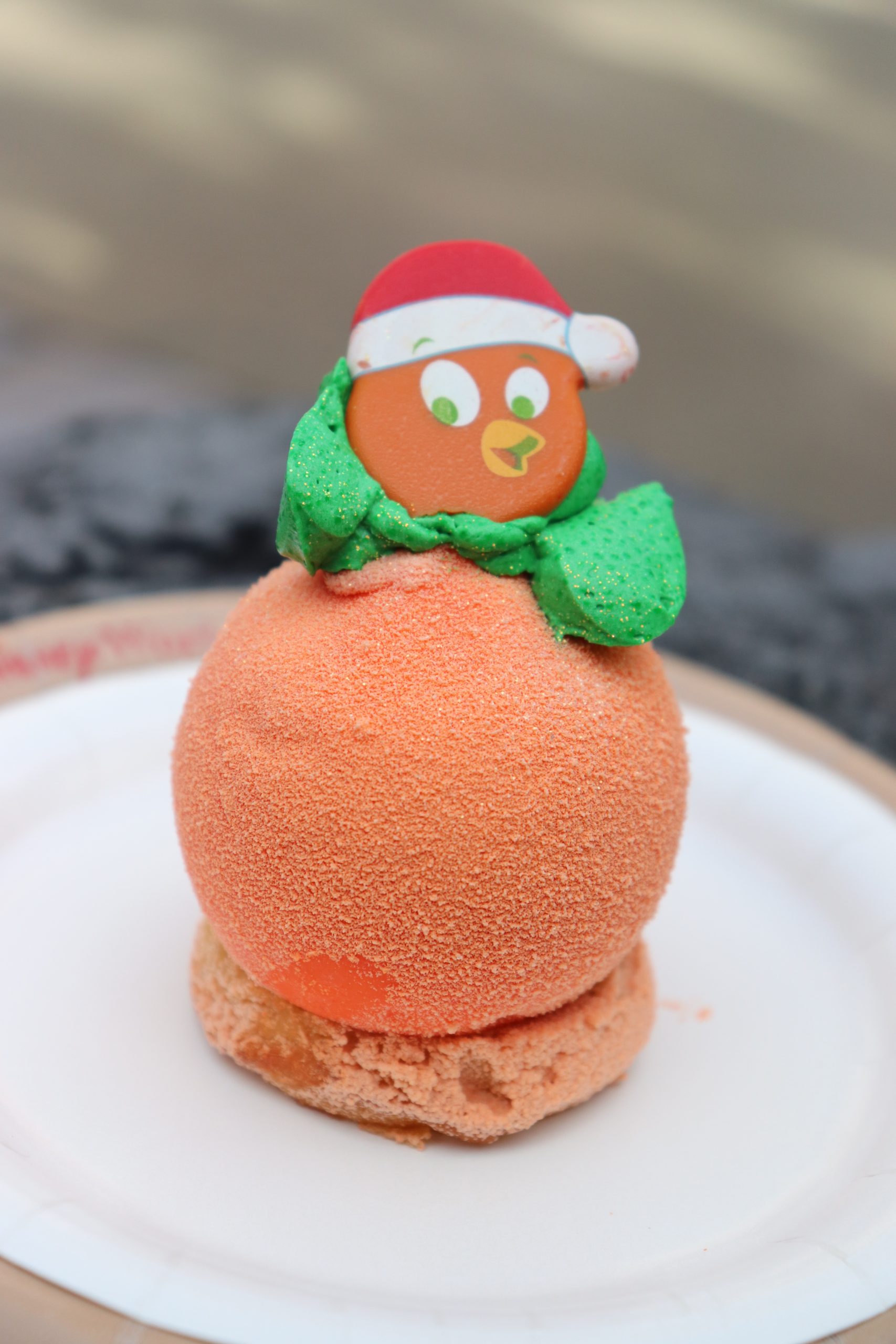 At the top of my list is this orange bird dessert – and not just because it’s so adorable! Available at Sunshine Tree Terrance in Magic Kingdom, it’s described as an “orange scented white chocolate mousse filled with orange curd” on top of a round almond cake.  This was delicious. White chocolate isn’t my favorite but it wasn’t overbearingly sweet here like it sometimes is. The orange curd had a great tartness to it just like the citrus swirl. This was definitely a winner. (Sunshine Tree Terrace in Magic Kingdom) 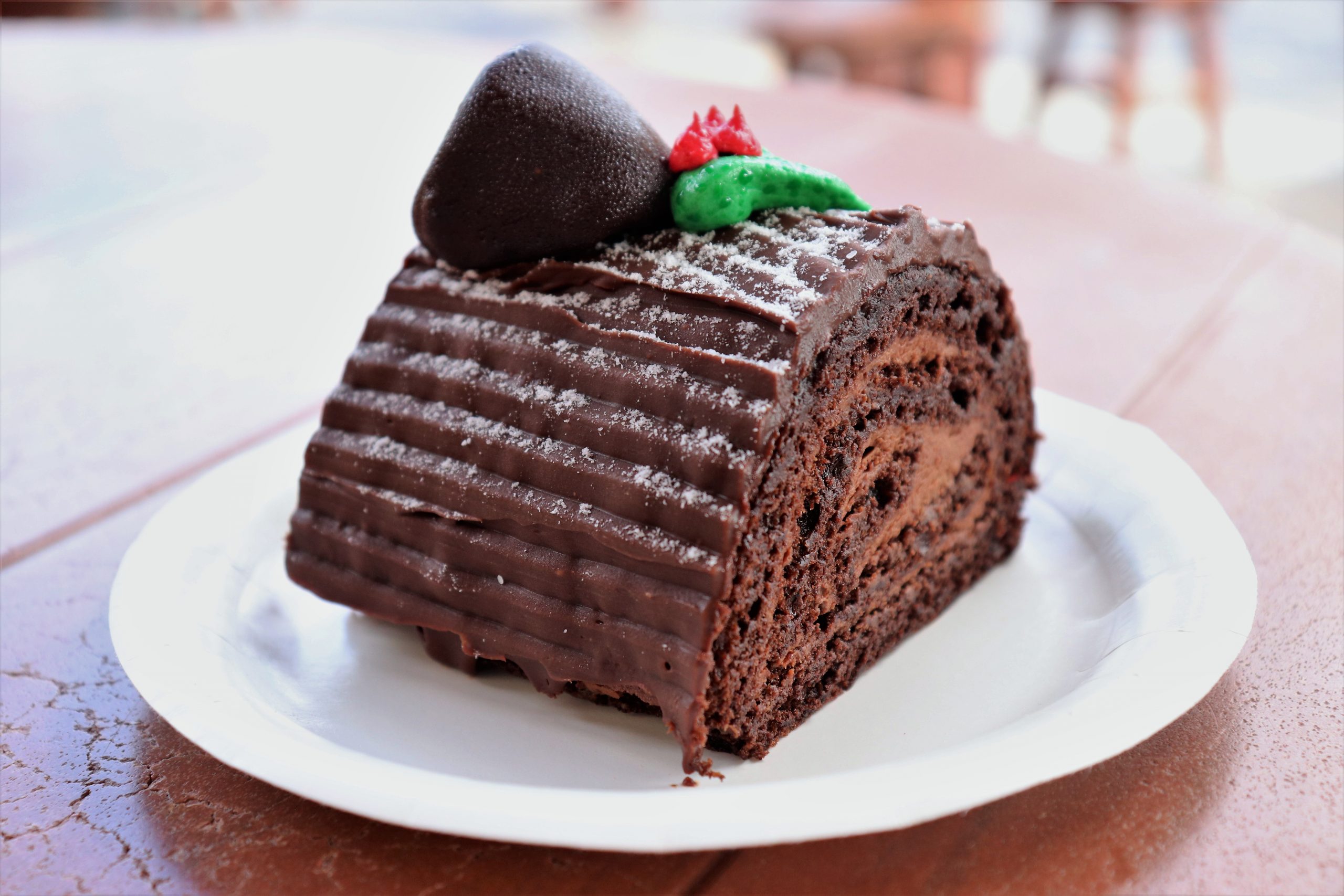 For a totally different flavor profile, Yuletide Wishes at Pinocchio Village Haus is a must for chocolate lovers. It’s a “Chocolate Cake filled with Chocolate Mousse and covered in Chocolate Ganache”, and it’s so rich and decadent. There’s a lot of deep chocolate flavor which I loved, but my husband is not as into chocolate so it was one or two bites for him. I handled the rest – and he did pick off the chocolate covered marshmallow on top 😉 (Pinocchio Village Haus in Magic Kingdom) 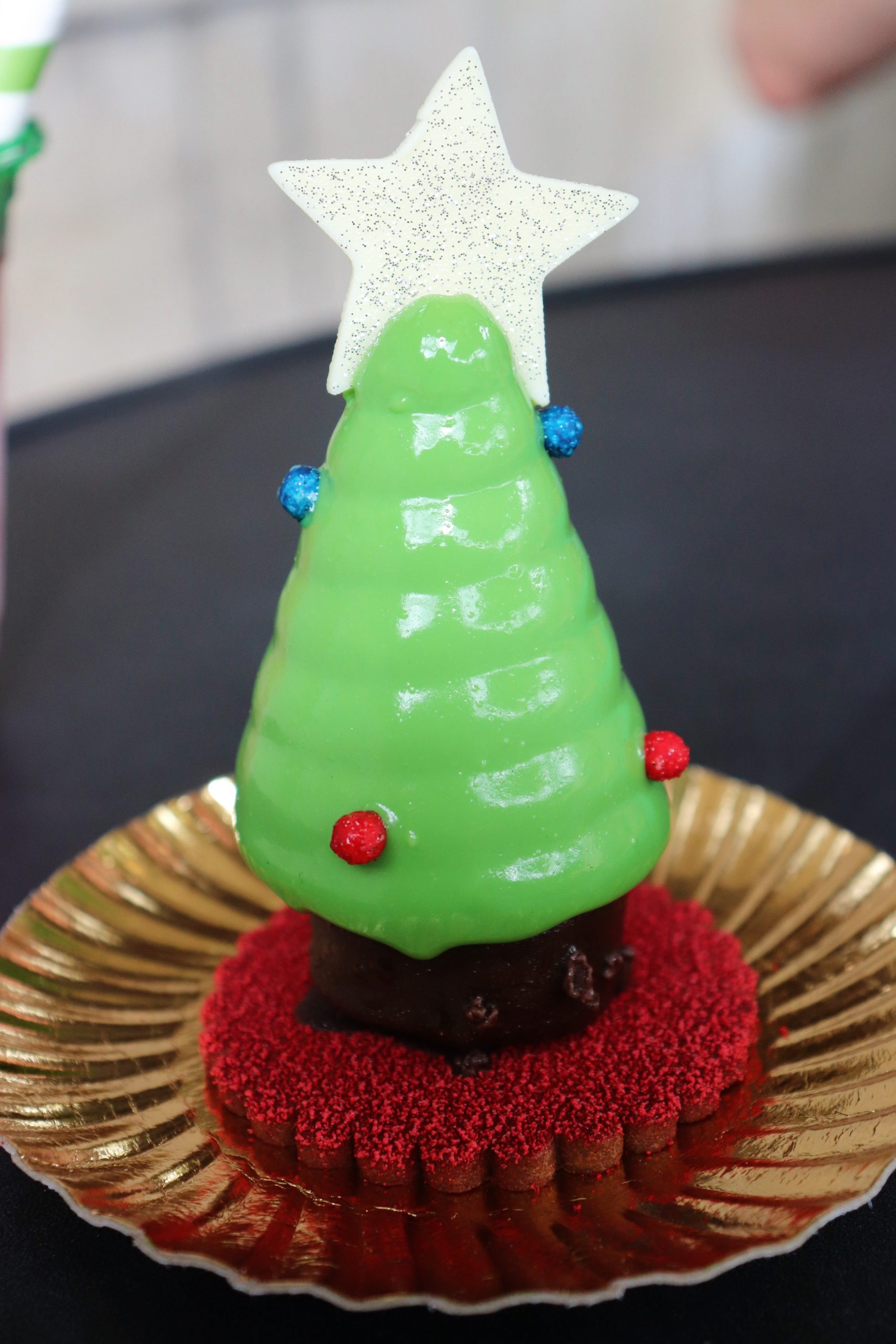 We found this one at the Backlot Express, and it’s described as a “Milk Chocolate Chai Mousse on an Almond Financier Cake and a Butter Cookie”. I quite liked the chai flavor – the chai was definitely stronger than the chocolate! But it was nice and something a little different. (Backlot Express in Hollywood Studios) 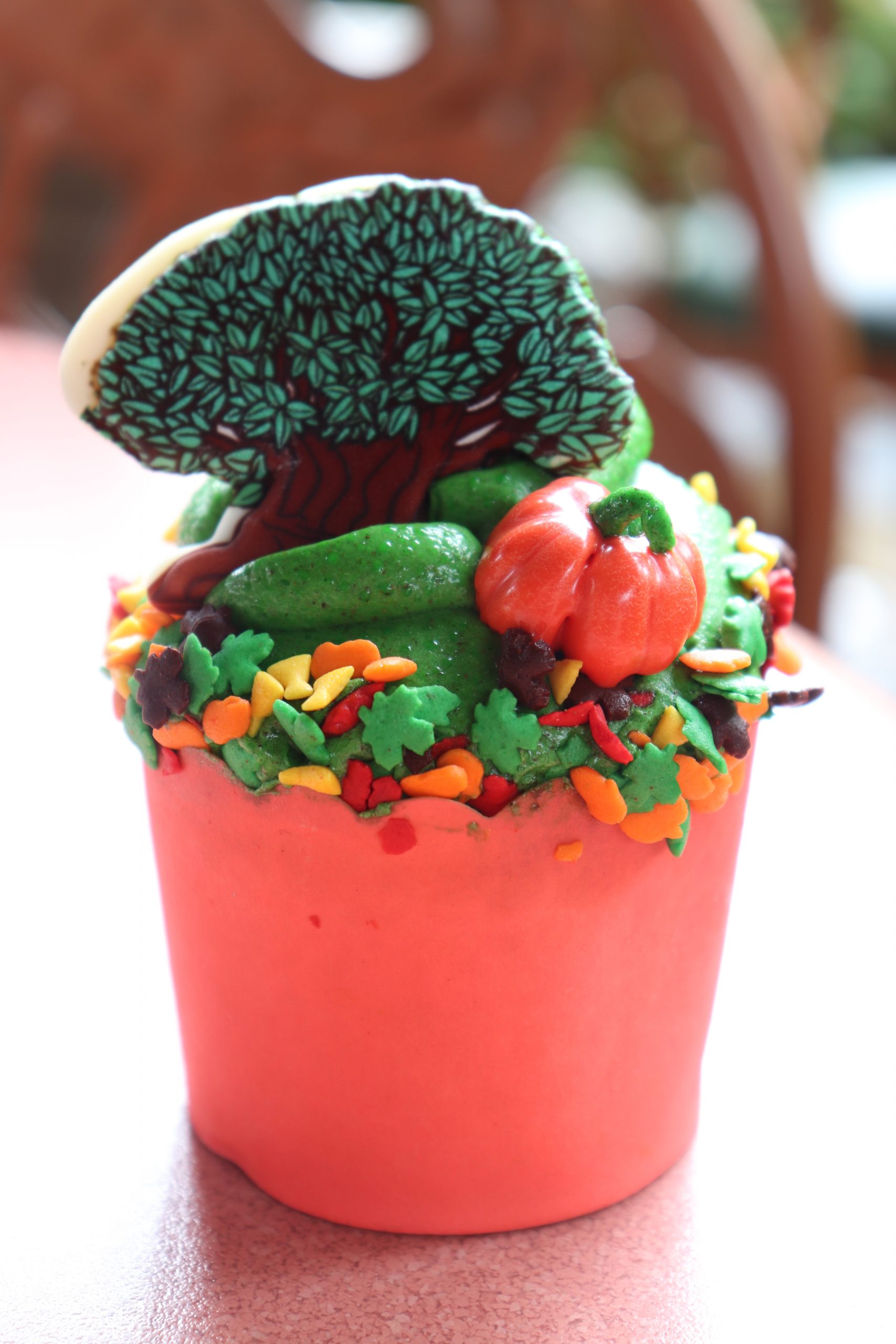 I believe this one has now been switched out since it was more of a “fall” cupcake, but it was really good so I wanted to keep it on the list in the hopes that it returns next year! It’s a “pumpkin cupcake with cinnamon buttercream, toffee cream cheese filling, a chocolate tree of life, and fondant pumpkins.” I really liked the pumpkin cake and the cinnamon buttercream. I’m not a huge fan of cream cheese so Jason got most of the center filling! (Flame Tree Barbecue in Animal Kingdom) 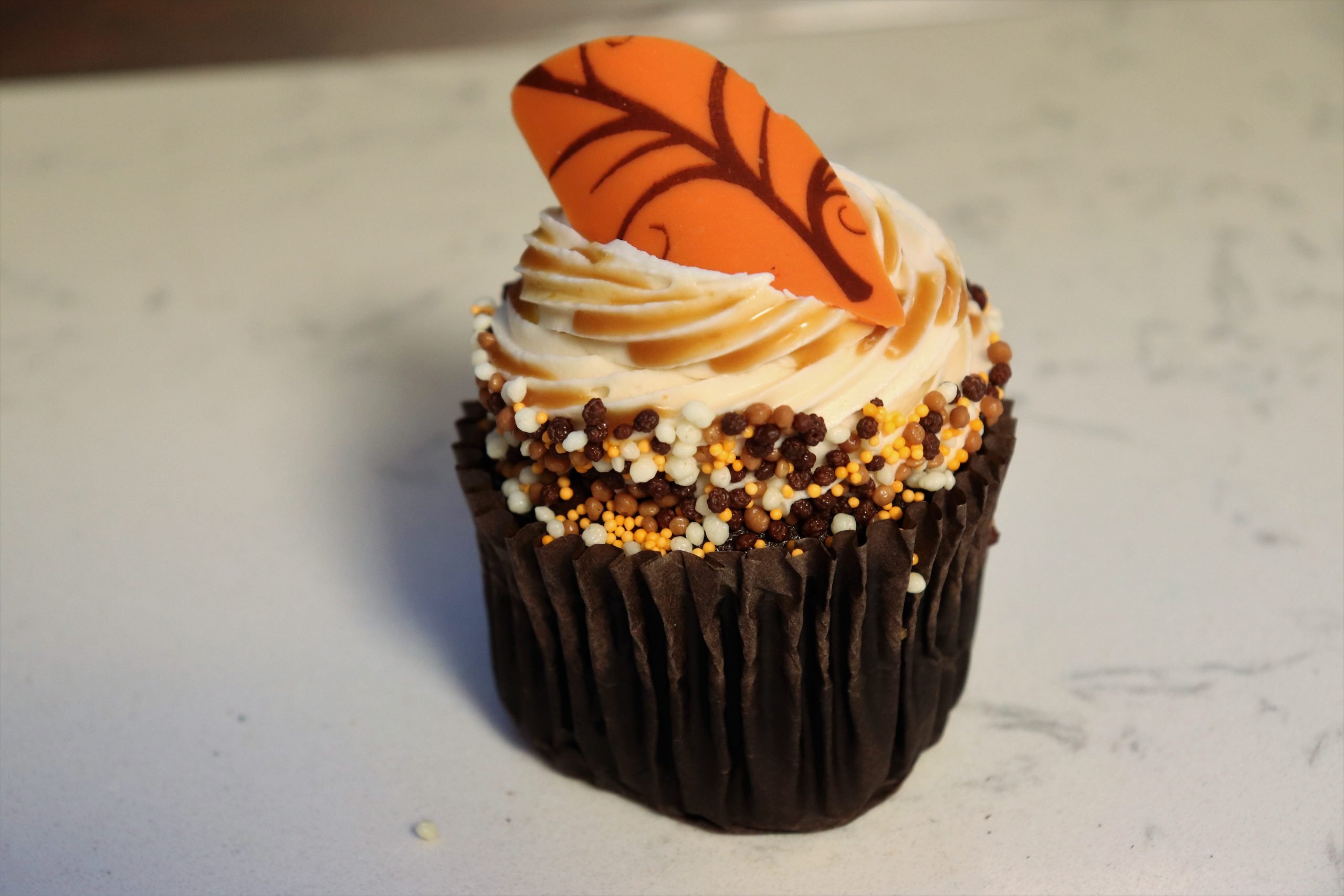 Possibly my favorite holiday treat (though it was close between this and the orange bird Christmas) was this cupcake. It’s a “chocolate cupcake, with mousse filling, salted caramel icing, and crispy pearls”. I love chocolate and this was the perfect combination without being chocolate overload. The salted caramel went really well with it. We got this one at the Ale and Compass Marketplace, but it was also available at the Beach Club Marketplace. I heard it might stick around til the end of November so you may see it still the next few days! (Ale and Compass Marketplace, Yacht Club resort) 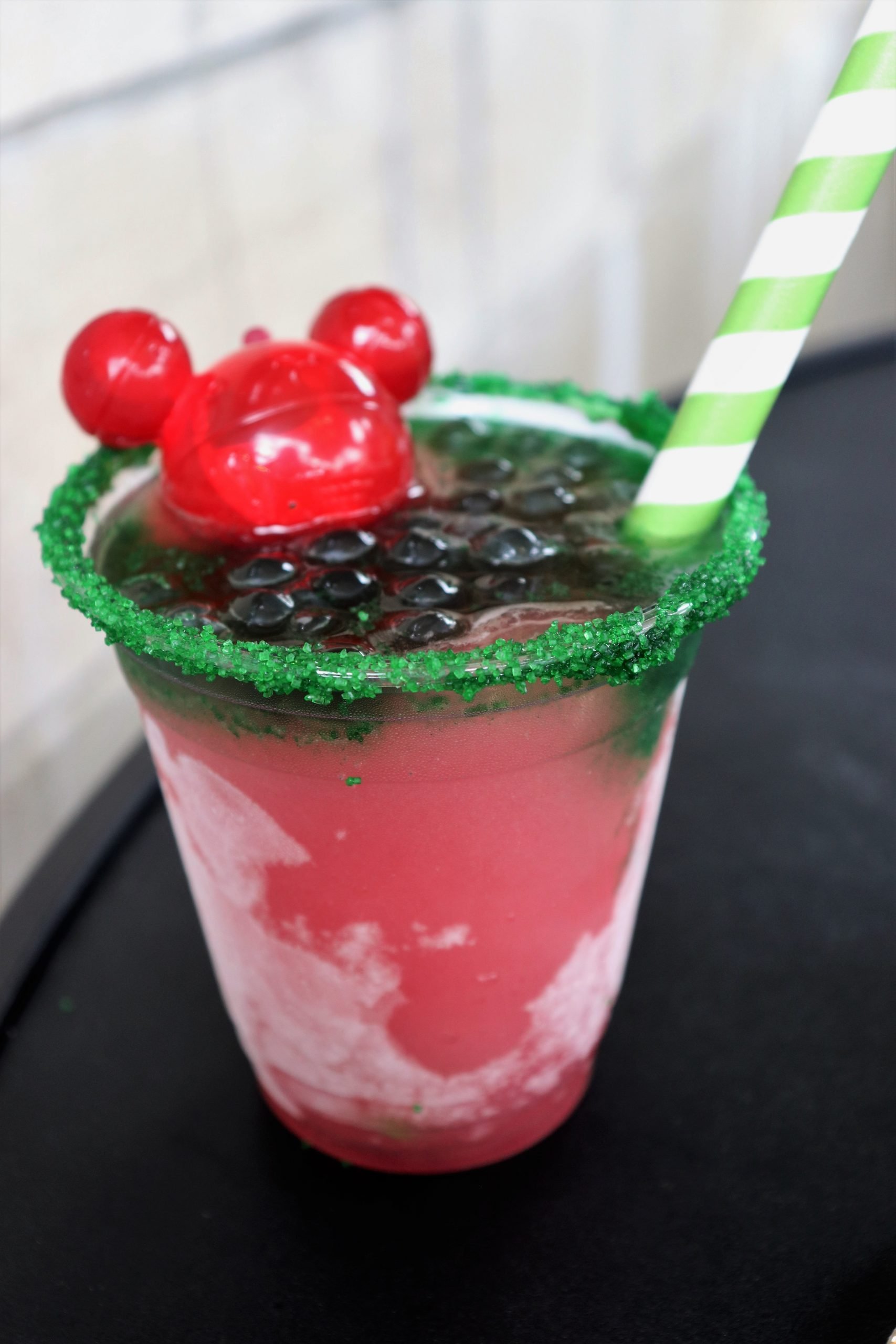 (Patrón Tequila, Sweet-and-Sour, Cranberry Juice, and Wildberry topped with Blueberry Boba Pearls). This was a sweet one, much sweeter than I expected it to be! I also didn’t realize from the description it was a frozen drink, but of course it was. I enjoyed it but it was not my favorite. I did really like the addition of the blueberry boba pearls – and of course I couldn’t resist paying a little extra for the cute Mickey ornament glow cube. (Various spots in Hollywood Studios) 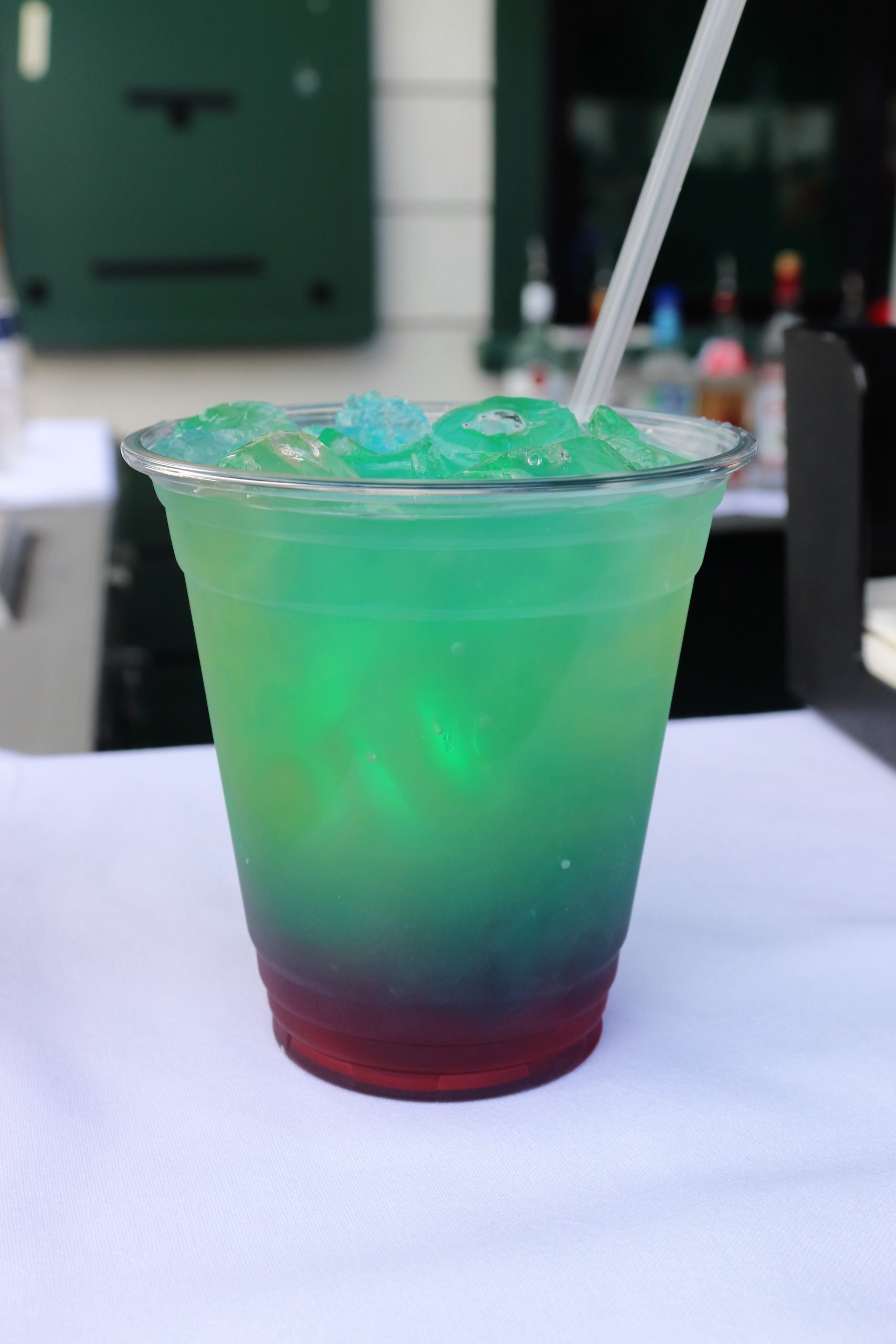 Christmas on the Beach

(coconut rum, blue curacao, pineapple, and cranberry juice) This is another nice sweet one, though not frozen. Very much a tropical style “Cruise drink” with with an attempt at Christmas colors. It goes down easy! (Brown Derby Lounge, Hollywood Studios). 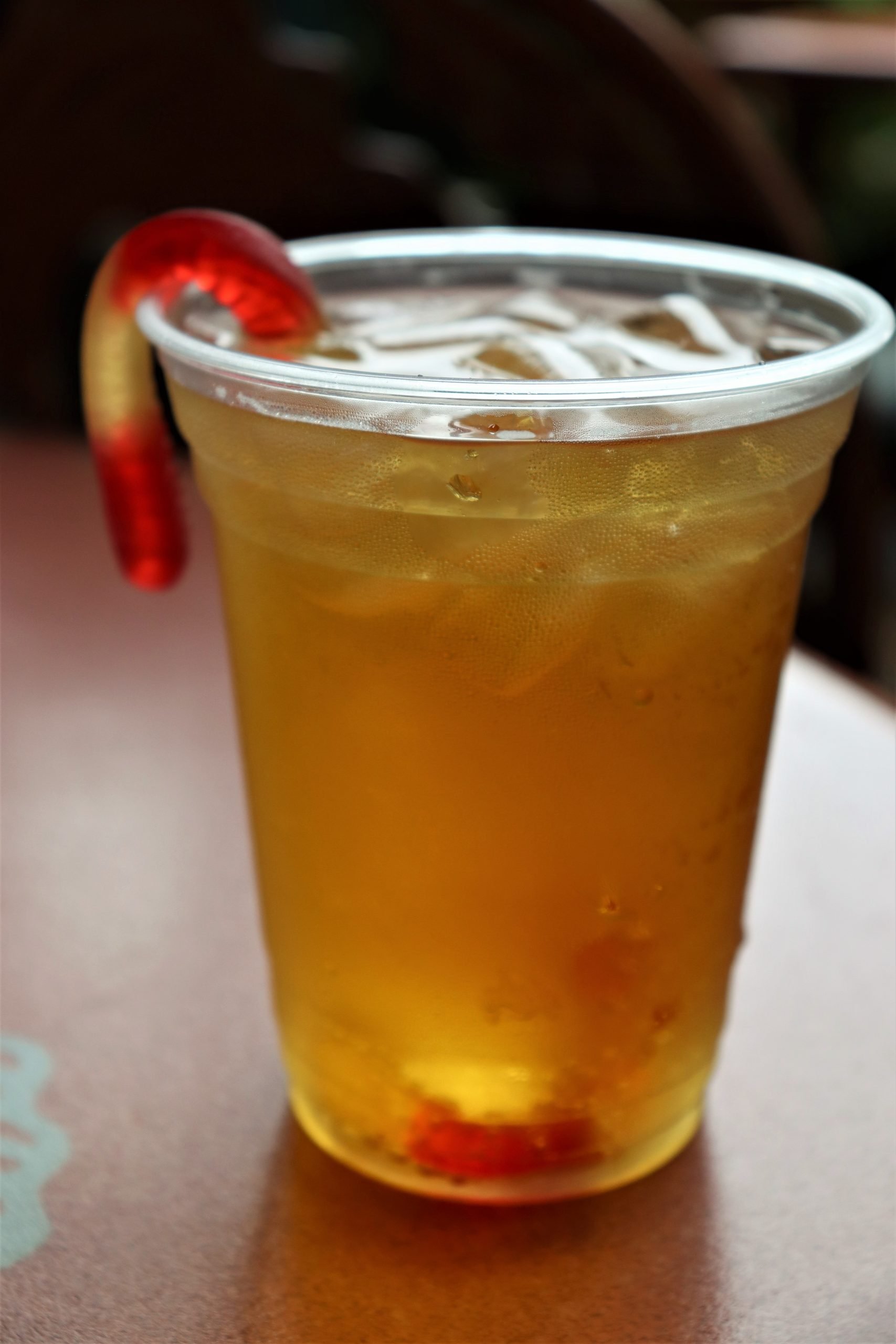 (Angry Orchard Crisp Apple Hard Cider and Fireball Cinnamon Whisky over Ice garnished with Gummy Worms) Another that I’m not sure how far into the holiday season it stretches, because it might be more of a fall drink. However, they still had it when most of the other places had their Christmas stuff. It’s somewhat simple but very good! (Flame Tree Barbecue, Animal Kingdom) 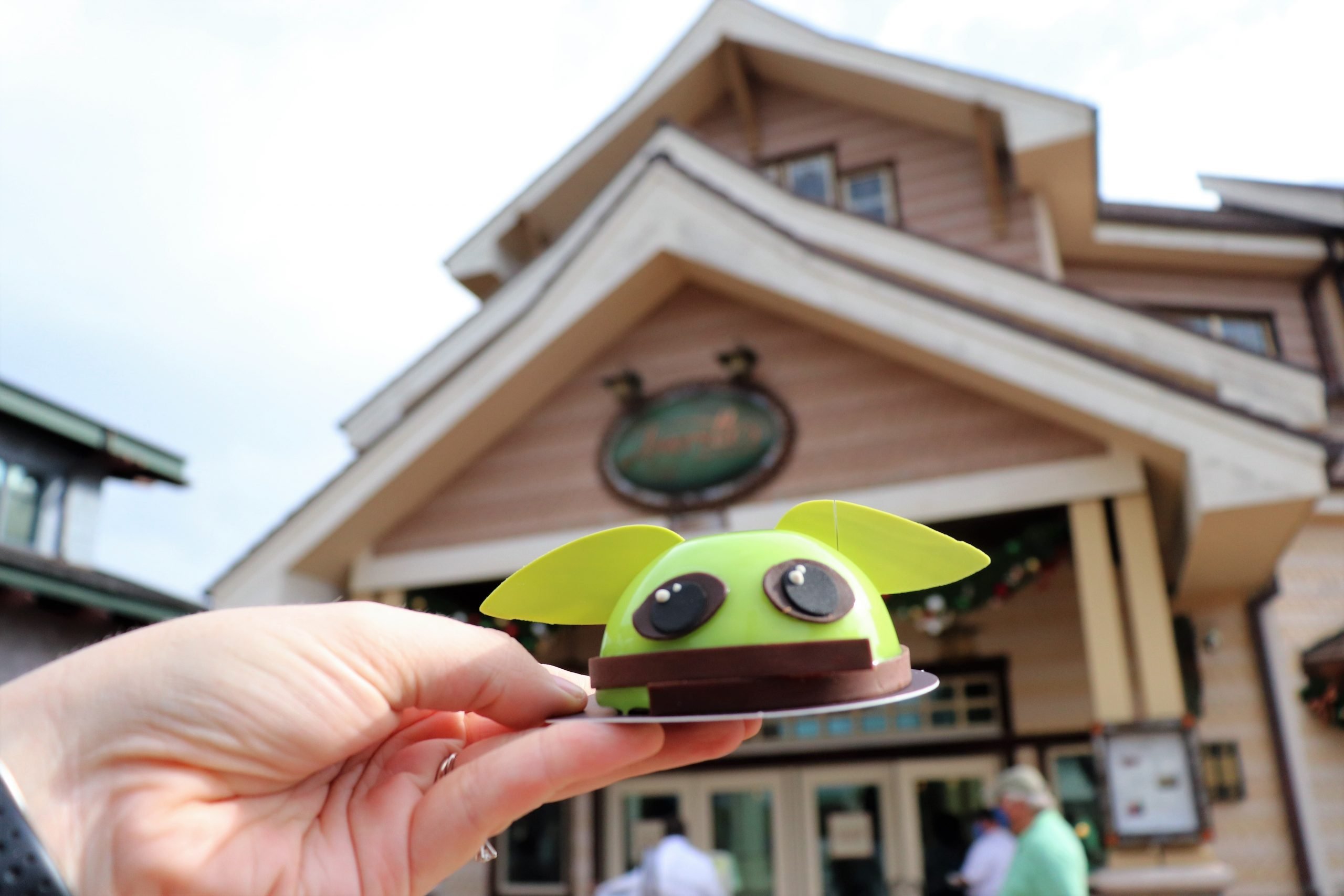 It may not be a “holiday” but it IS the season for The Mandalorian! This little cutie is at Amorette’s Patisserie in Disney Springs. It’s got cookies and cream mousse at the center surrounded by white chocolate. And there’s a limited amount each day – they only make 40 per day so don’t wait til the last minute! Only through November 30th but hopefully this is one that will make a comeback.

Thinking about a trip to Disney World? Check out my Ultimate List of Disney World planning resources to get you started. If you’d like the assistance of a travel agent at no extra cost to you, email me at [email protected] and we can start planning and booking your trip!

What are your favorite holiday treats and drinks at Disney?