When Disney announced they would be doing a new character breakfast at Trattoria al Forno, I knew it was something I wanted to do!  Since we were staying at the Boardwalk for our anniversary trip, it seemed like perfect timing to do it then, and we managed to snag a reservation for the Wednesday that we were there.  We’d actually been planning to try the breakfast here even before it became the “Bon Voyage Adventure” breakfast, but now it would be with characters! (Good for me, bad for Jason).

Upon being seating they give you a map/journal that you can fill out about your own trip and adventures.  The first course brought out is a bunch of pastries.  One of my favorite things about this breakfast is how well the food is themed to it.  The pastries go along so well with the two movies represented by the characters: Tangled and The Little Mermaid.  Pastries are served in a frying pan and include a sun shaped pastry, a clamshell with raspberry filling, a braided chocolate croissant, and a muffin with Ariel’s colors of red, purple, and green. 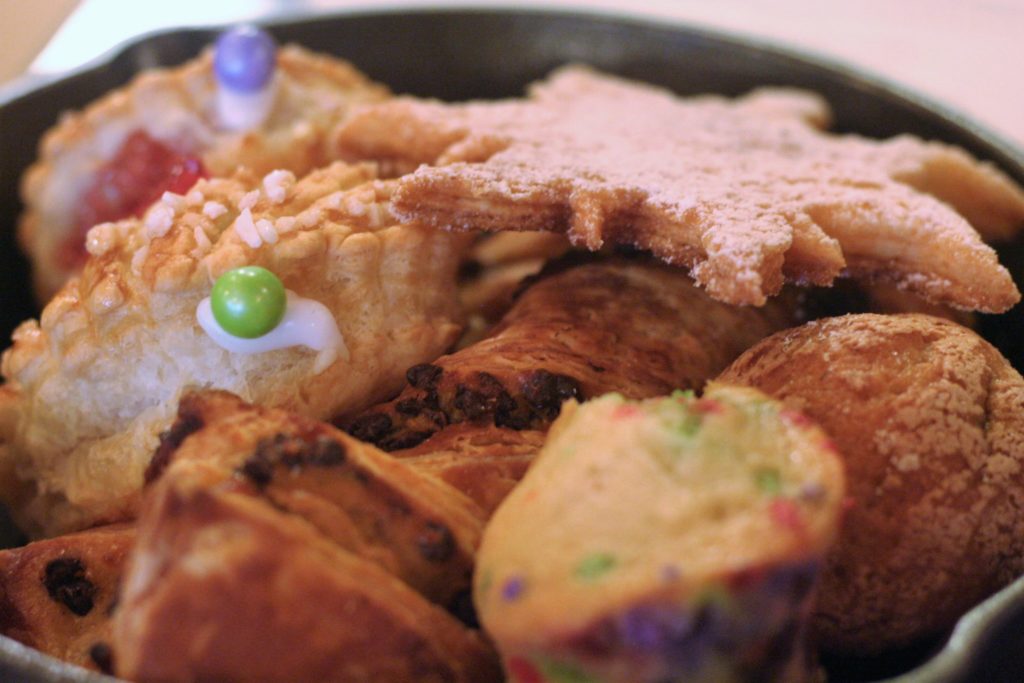 We were also given fruit bowls as an appetizer. They were small but filled with yummy berries that were fresh.  The drinks were your typical breakfast items and included orange juice, coffee, etc.  There are specialty drinks (including alcoholic beverages like mimosas and bloody Marys) available for an additional fee. 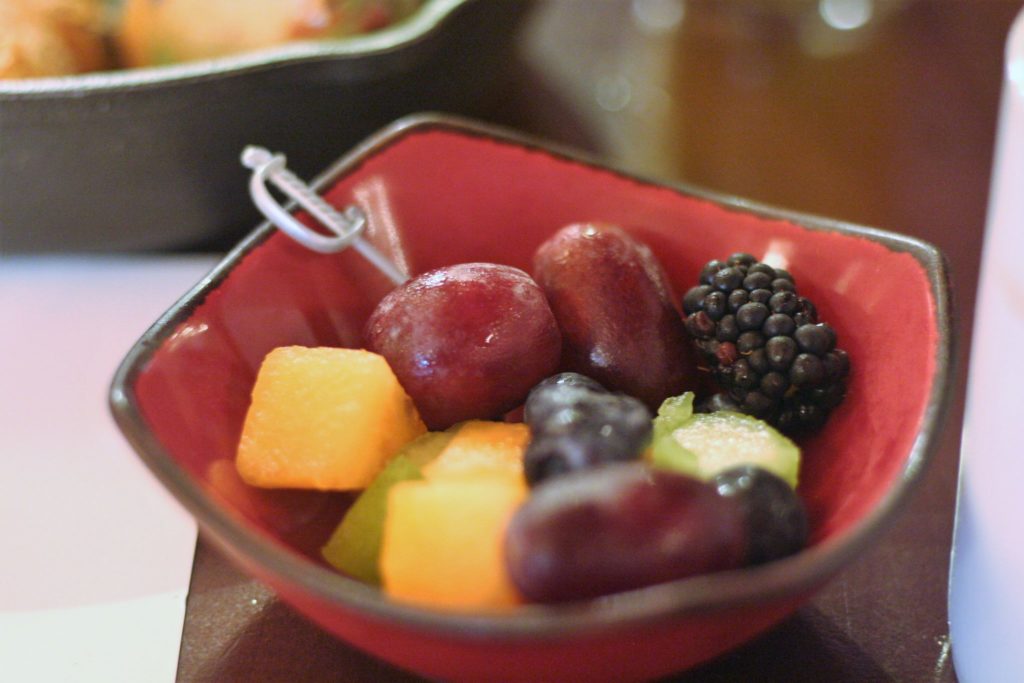 They have a variety of tasting sounding entrees and it was hard to decide what to get.  I ended up going with the Tangled Eggs (Fresh Mozzarella, Tomato-Basil Eggs, Sunday Gravy, and Breakfast Potatoes with Bacon or Sausage).  It’s a pretty straightforward dish, but there was a ton of it!  I love the combination of mozzarella, tomato, and basil.  I couldn’t finish it all. 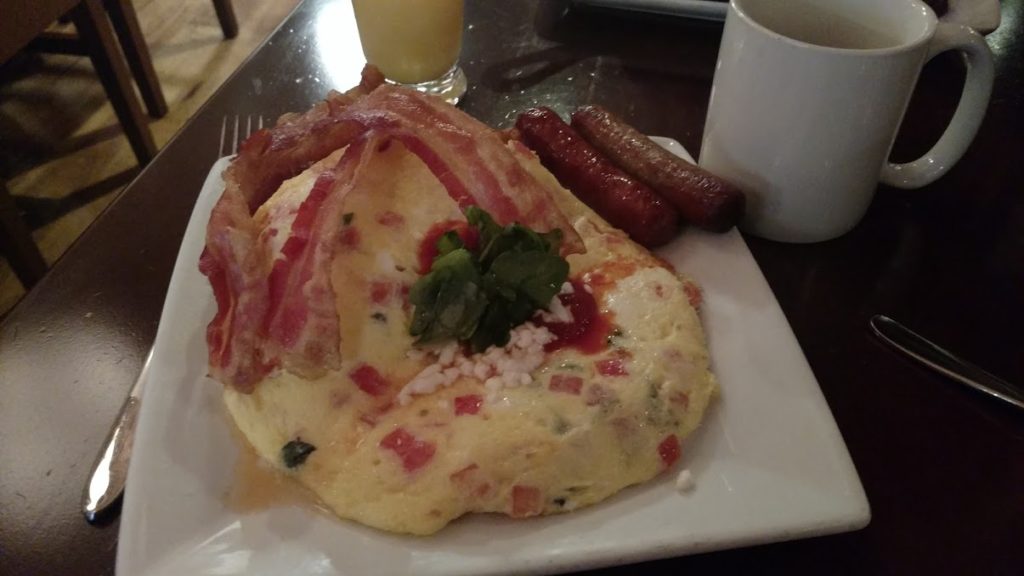 Jason ordered the Golden Frittata (Salumi, Piquillo Pepper, Scallion, and Pecorino Romano Cheese with Breakfast Potatoes).  Another very large dish.  He thought this was just okay.  The food was all decent, there just wasn’t really anything exciting or excellent that we tried. 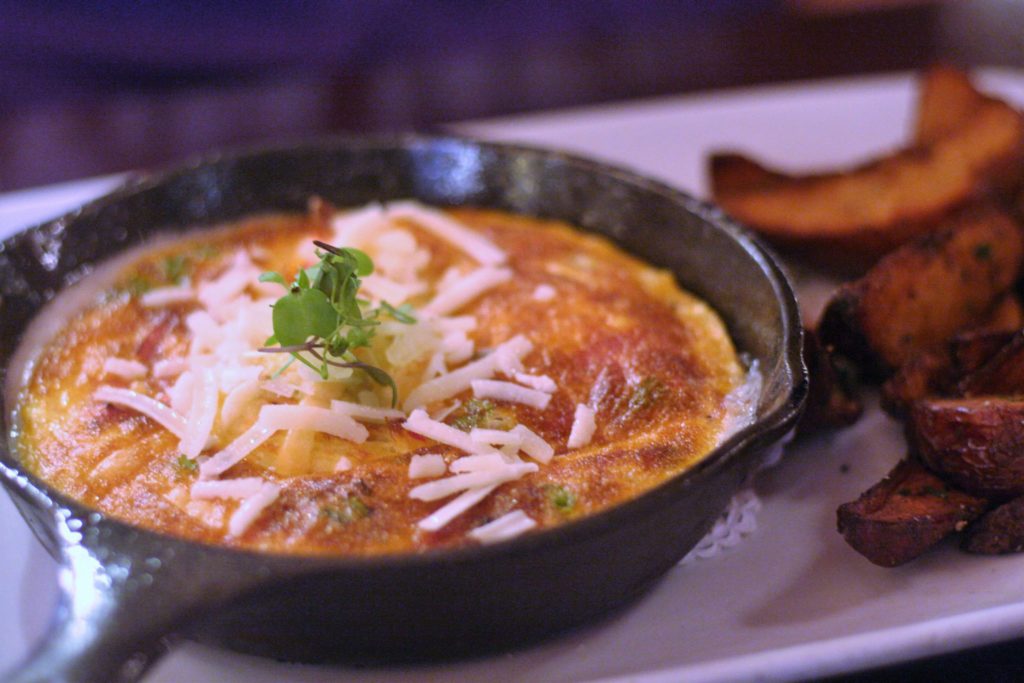 But of course this breakfast isn’t just about the food, it’s about the characters!  We were given a character card when we arrived with the “autographs” on them, but they were also signing books and other items as they went around to tables, in addition to taking pictures. 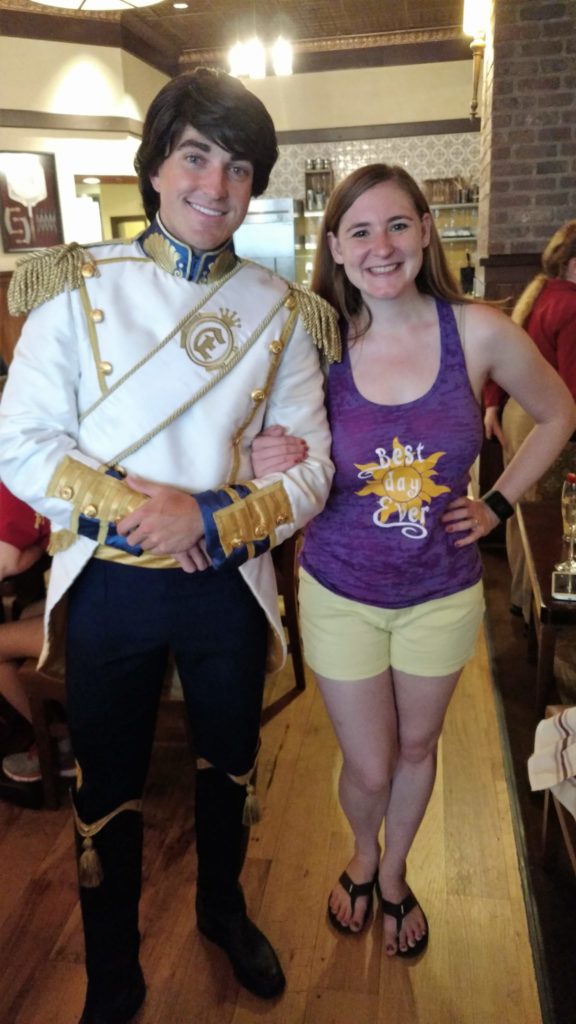 As part of the Bon Voyage Adventure breakfast you get to visit with Ariel, Prince Eric, Rapunzel, and Flynn Rider.  Each of them were “announced” throughout the meal with accompanying music, and then they started going around to the tables.  Ariel also led a parade of children around the restaurant at one point. 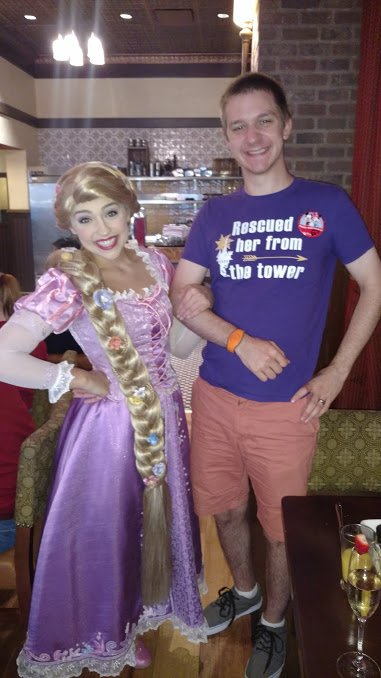 Our server was very sweet and really wanted to do something special for our anniversary.  Since all the food is already included in the one price she actually brought us out some early morning champagne with strawberries!  It was very good and a perfect way to start the morning celebrating. 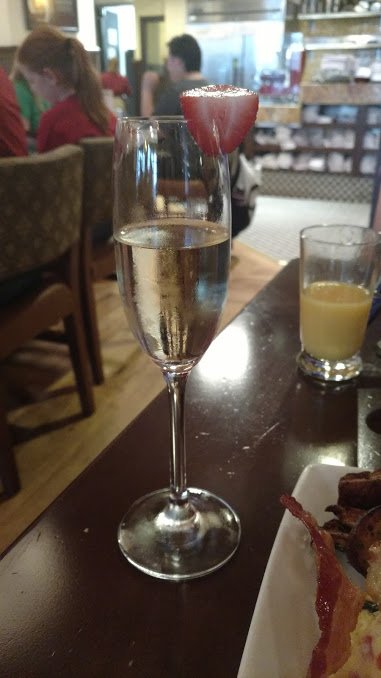 The meal is $34 for adults and $20 for children.  If you have anyone really interested in meeting these characters this is definitely worth the price (especially for Prince Eric and Flynn, who aren’t seen often!).  The food was pretty good and very filling, so between that the characters we felt like we got our money’s worth! 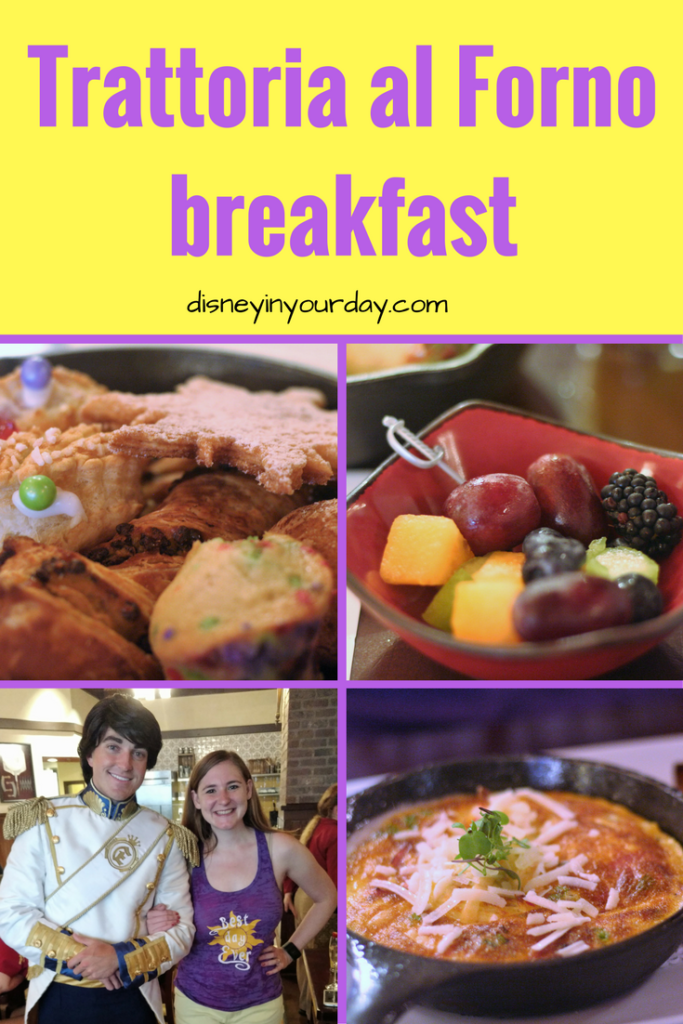 Have you been to the Trattoria al Forno breakfast? Would you be interested in going?