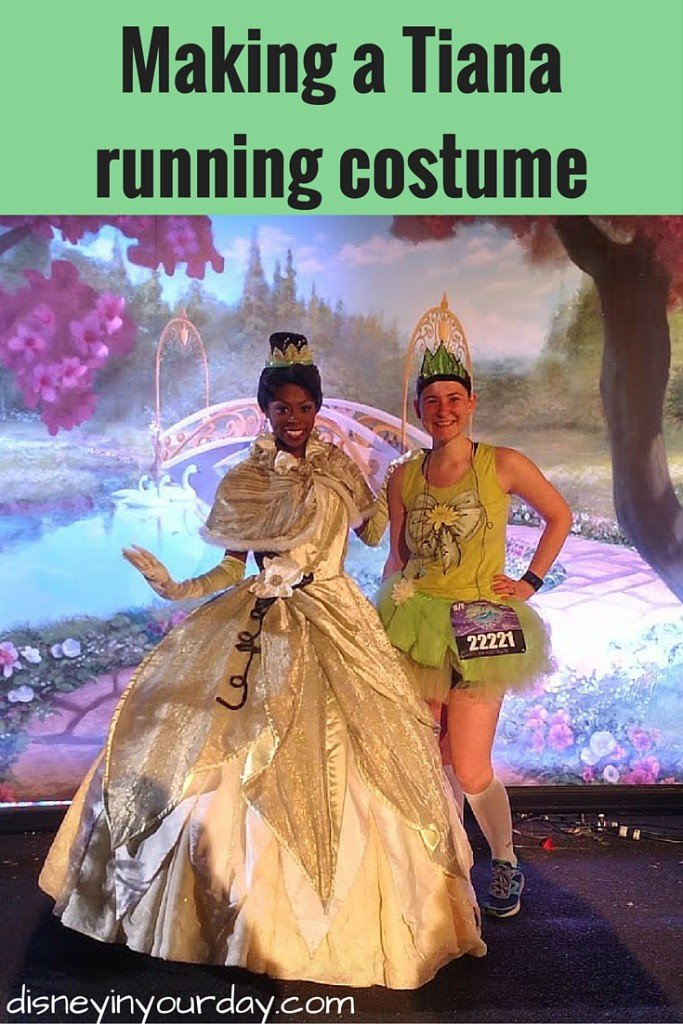 Most of my Disney friends know that Belle is my favorite princess, but what many people might not know is that Tiana is a very close second.  I love Princess and the Frog and I think Tiana is a great character, so when I was deciding which princesses I wanted to dress up as this year for the Enchanted 10k I knew Tiana would be at the top of my list!  I didn’t actually make anything for this costume, but I got bits and pieces from some of my absolute favorite Etsy shops and running companies, so I wanted to share where all of the pieces came from! 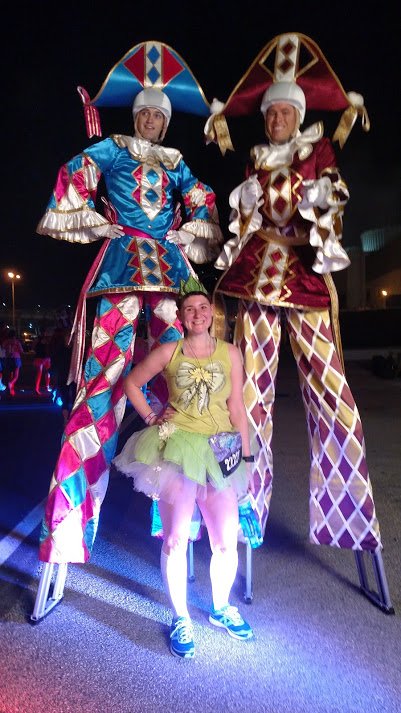 Since Tiana’s top half of her dress doesn’t have a particularly recognizable style to it, I decided to just go with something that would be the same color and have something Tiana about it.  I chose the water lily tank from Raw Threads because their shirts are just so comfy to run in!  And it worked well with the rest of my outfit. 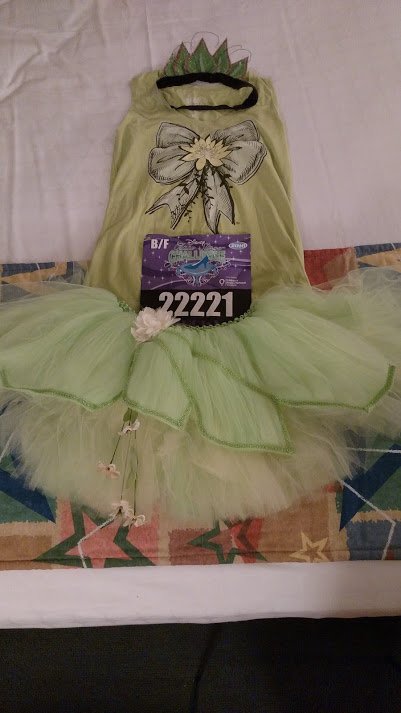 This one came from Etsy seller Tutu da Loo, and it’s seriously the most amazing Tiana tutu I have seen.  I got so many compliments on it and people remarking on the detail and how much it looks exactly like Tiana’s dress. I got the chance to meet Tiana herself while wearing it and she said she really liked my outfit! 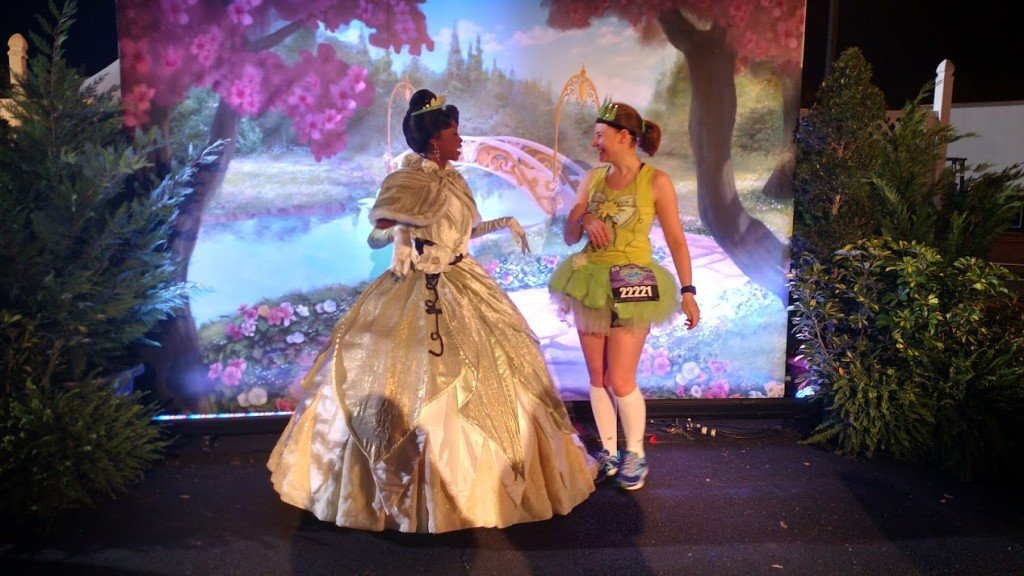 Tiana’s got a pretty cool headpiece, but I never thought it would be possible to replicate it for a running costume.  That was until Vicky from Vicky’s Closet sent me this Tiana running headband!  It looks amazing and is seriously so comfortable.  I hardly noticed I had it at all. 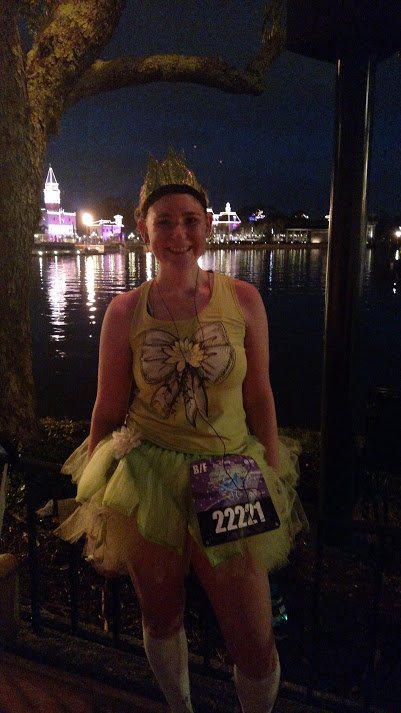 There wasn’t too much more needed to complete this outfit, other than my typical running items.  I paired white compression socks with it and my gray flipbelt.  I also wore gray shorts under the tutu, as you need something underneath!  I had brought green leggings but felt it was warm enough that I wanted shorts instead.

Which of my running costumes has been your favorite so far?  What should I do next?