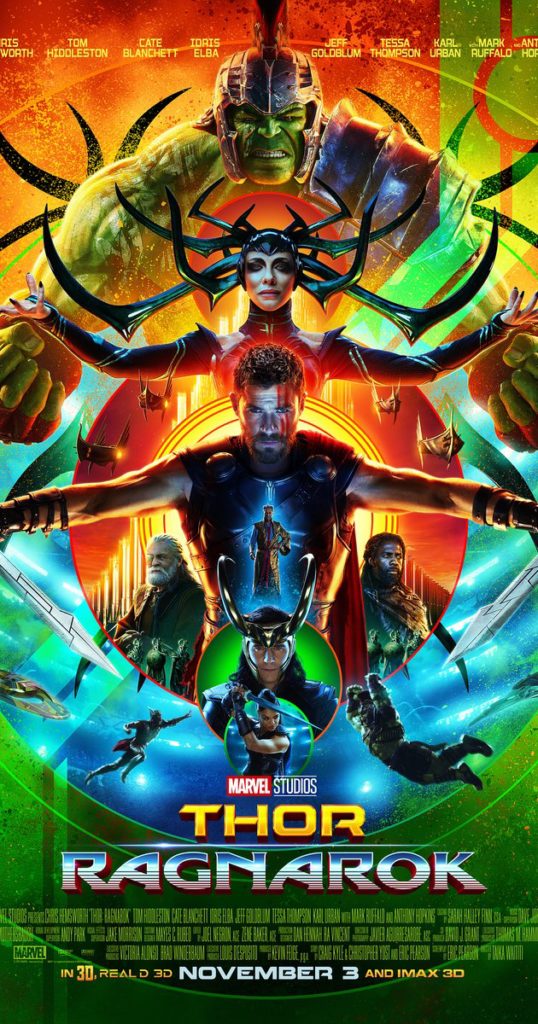 I have grown to really enjoy the Marvel films the past few years, despite the fact that I was never a huge superhero fan.  They have a charm about them and I’ve become a big fan.  I love Captain America, Ant-Man, Guardians of the Galaxy, and got hooked on the television show Agents of SHIELD.  However, I had never seen any of the Thor movies.

When Thor: Ragnarok came out, I heard good things and was interested in the previews so I decided to go see it.  Everyone had said that you didn’t need the first two to get it, and for the most part that was accurate.  It definitely helps to have some knowledge of the Marvel universe, of course.  There may have been a couple of things that went over my head from not seeing previous Thor films, but it didn’t impact my enjoyment of the movie. 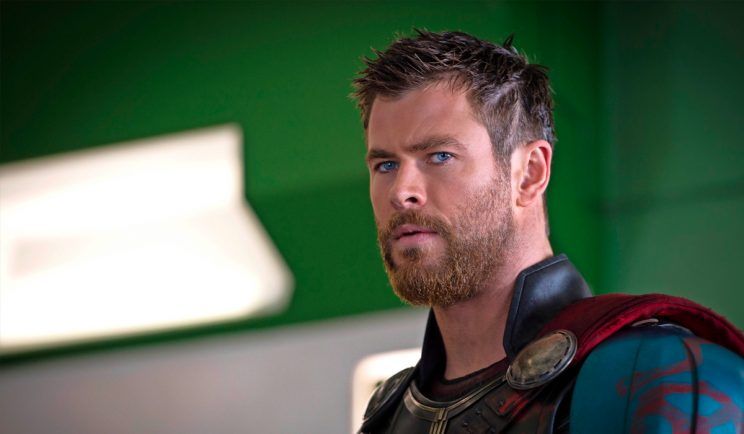 In Thor: Ragnarok, we’ve kind of got 2 different plotlines going on here.  Minor spoilers ahead, but nothing major… and the big “surprise” in the movie was totally shared in the trailers.  Thor is basically kidnapped and treated as a gladiator by Jeff Goldblum, and spends a good bit of the movie trying to plan an escape with the “help” of Loki, the Valkyrie who captured him, and the Hulk.  The other major plot is the appearance of Thor’s long lost sister Hela.  Of course she’s super powerful and very evil and basically wants to take over everything.  Naturally, Thor needs to try and stop her. 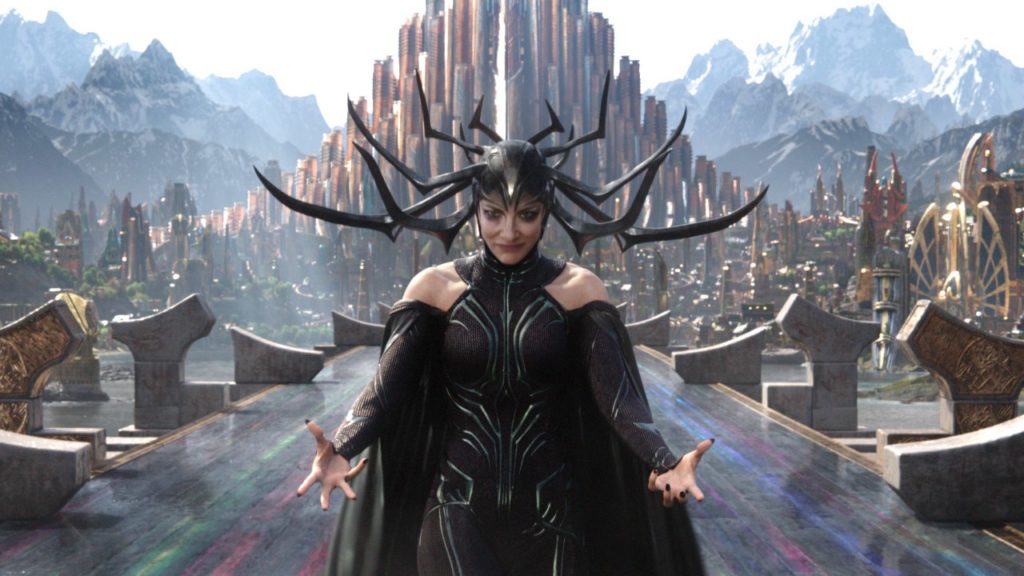 I was surprised and pleased by how funny this film is.  I can understand Ant-Man being a bit of a comedy – he’s somewhat awkward, really thrust into the superhero life, and played by Paul Rudd.  But Thor is a god!  We don’t expect to laugh at him, but it ends up working really well.  He plays up the god thing but is often knocked down to size.  He comes off as a bit of a bro – a meathead showing off his strength and trying to win over the ladies – but we know he’s still got a good heart.

Some of the relationships between the characters are fun to explore too.  Thor and Loki is always an interesting dynamic, but now you add in sister Hela and it makes Loki’s character even more interesting.  Thor is good, Hela is bad, and Loki is the trickster – but is the evilness of Hela enough for him to join Thor on the side of good?  Then Thor and Bruce Banner have their own little thing going on which is fun to watch. 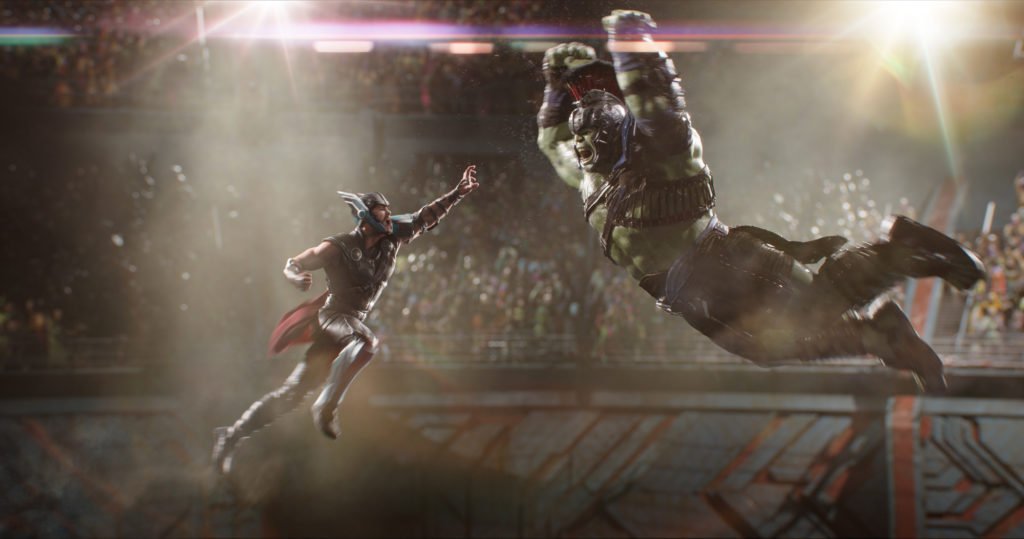 We’ve also got some new characters.  Jeff Goldblum is weird as the Grandmaster and it totally works with his character and in this film.  He good at playing the guy who just seems super strange at first but is mostly harmless, to showing us that this guy can actually be quite vicious.  Cate Blanchett is appropriately malevolent as Hela, and looks great.  My personal new favorite character was a rock creature named Korg.  He’s gentle and friendly despite his appearance.  And he might be planning a revolution, but he’s not doing it with any malice.  He’s doing it by passing out pamphlets.  “I’m made of rocks.  You don’t need to be afraid unless you’re made of scissors.” 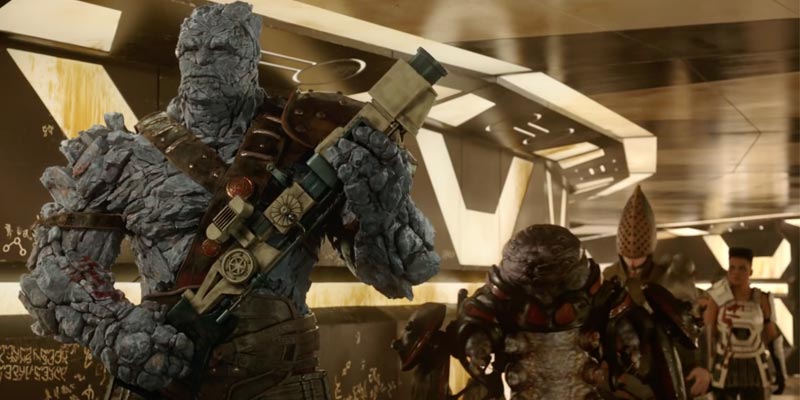 And of course like any Marvel movie there’s plenty of action.  From the gladiator style ring to their big escape from the Grandmaster to the final battle with Hela, you’ll still get those intense fight scenes.  For me they weren’t really the highlight of the film though.

To be honest, I’m hard pressed to come up with something I didn’t like about the film. I guess I could mention that there was a cameo from Dr. Strange which just seemed… well, strange.  I’m not sure that it was necessary or really fit with the movie much.  Perhaps just a way to remind us that he exists in case a sequel is coming?

Thor: Ragnarok was thoroughly enjoyable throughout and I’m glad I got the chance to see it – as well as write up this Thor: Ragnarok review!  I’d gladly see it again, too.

Have you seen Thor: Ragnarok?  What did you think?