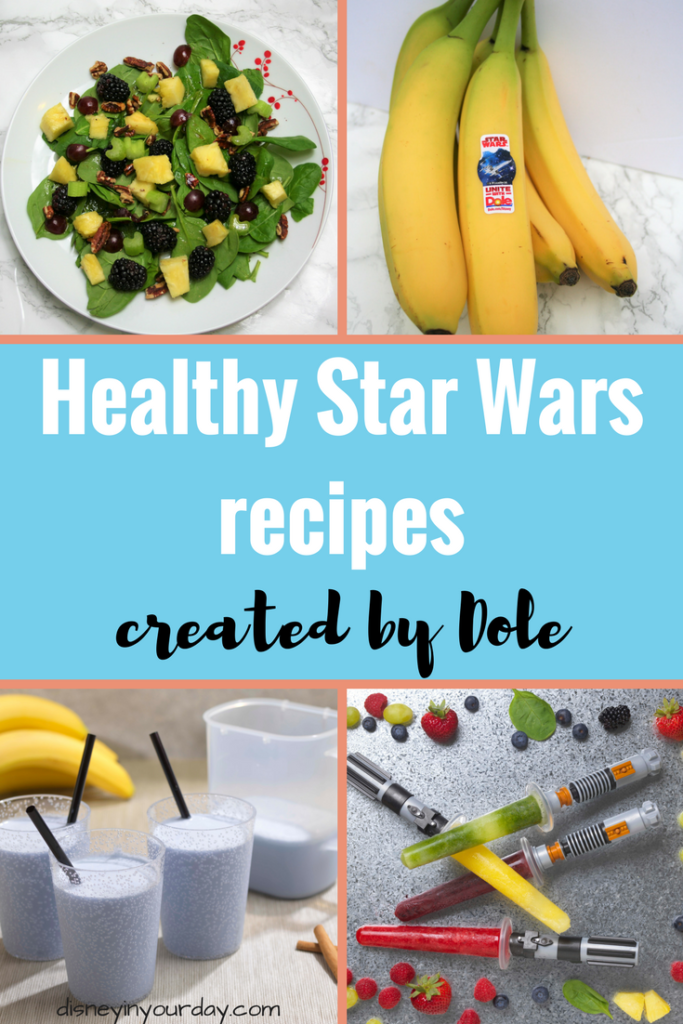 I received compensation by Dole in exchange for my honest opinion in this blog post.

We are less than three weeks away from the Princess half marathon right now, which means my training has been in full swing for awhile!  One thing that I’ve started concentrating on in 2018 to improve my running is the nutrition that I’m putting into my body.  I realized that I can run 3 or 4 days a week, but if I really want to see improvements I need to fuel myself well too. 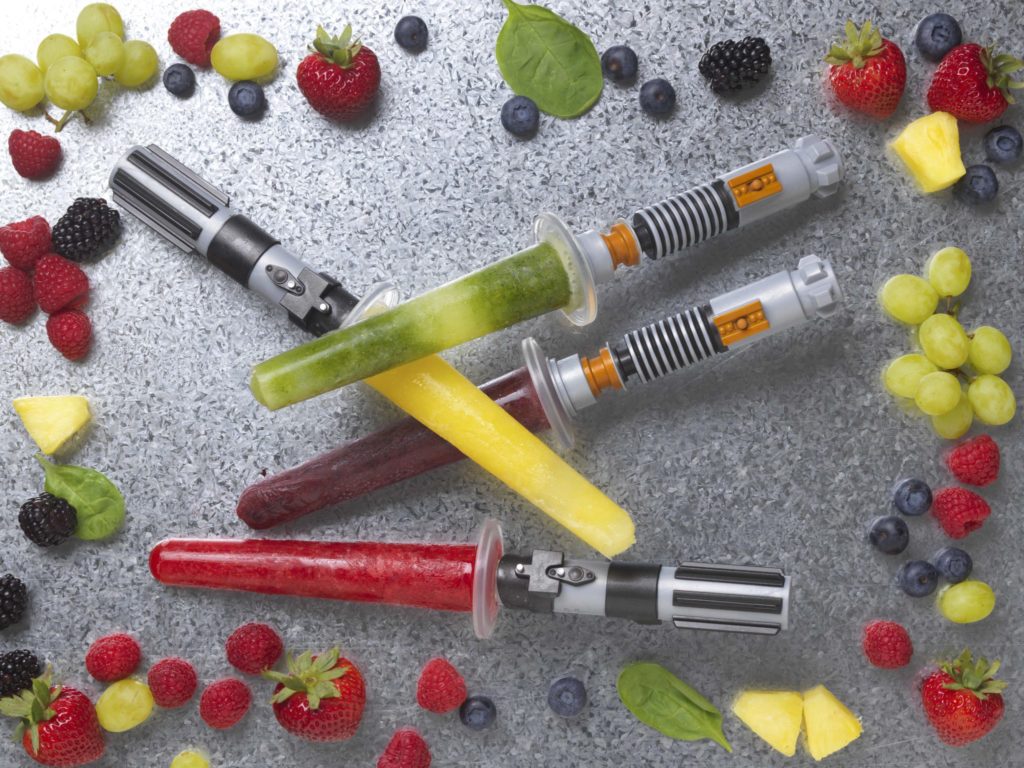 Since the beginning of 2018 I’ve started clean eating about 90% of my meals.  To me clean eating basically just means putting good stuff into your body – natural foods with an emphasis on fruits and vegetables.  I’ve lost 7 pounds since the beginning of the year and feel better when I’m running.  So when I heard that DOLE® was doing a “Unite for a Healthy Galaxy” initiative and was providing Star Wars inspired healthy recipes, I was super excited to try them!

According to their press release, “DOLE® Chef and Director of Culinary Nutrition Mark Allison worked closely with Lucasfilm to create 12 original fruit and vegetable recipes inspired by Star Wars: The Last Jedi characters, droids and vehicles as well as icons from the classic saga.”  There’s even a blue milk recipe! 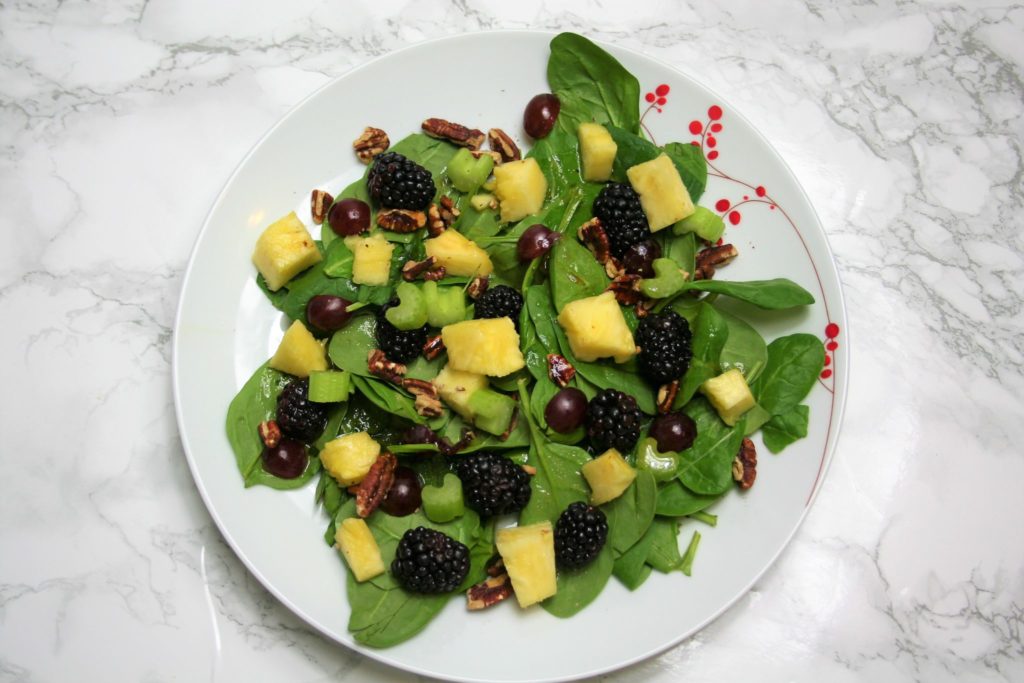 The first recipe I tried was the Phasma salad.  I might not be a big fan of Captain Phasma herself, but I have to say I loved her salad.  It’s bright and vibrant, with lots of sweetness tempered just a little bit by the homemade dressing.  Everything in it is healthy and delicious, and this is the sort of salad I look forward to eating again and again. 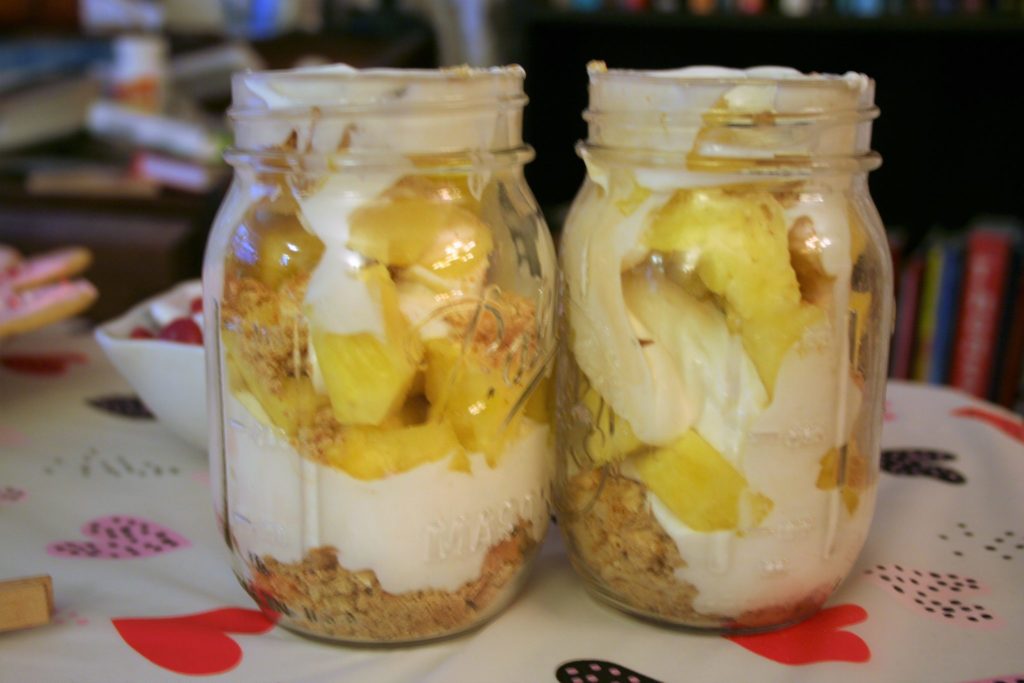 My version of this isn’t nearly as pretty as the pictures on the DOLE® website, but that’s okay because it still tastes great!  As part of my own healthy eating I’ve been having a lot more Greek yogurt because it’s a great way to get some protein and leaves me feeling fuller longer.  This parfait is a delicious combination of yogurt, pineapple, bananas, and graham crackers. 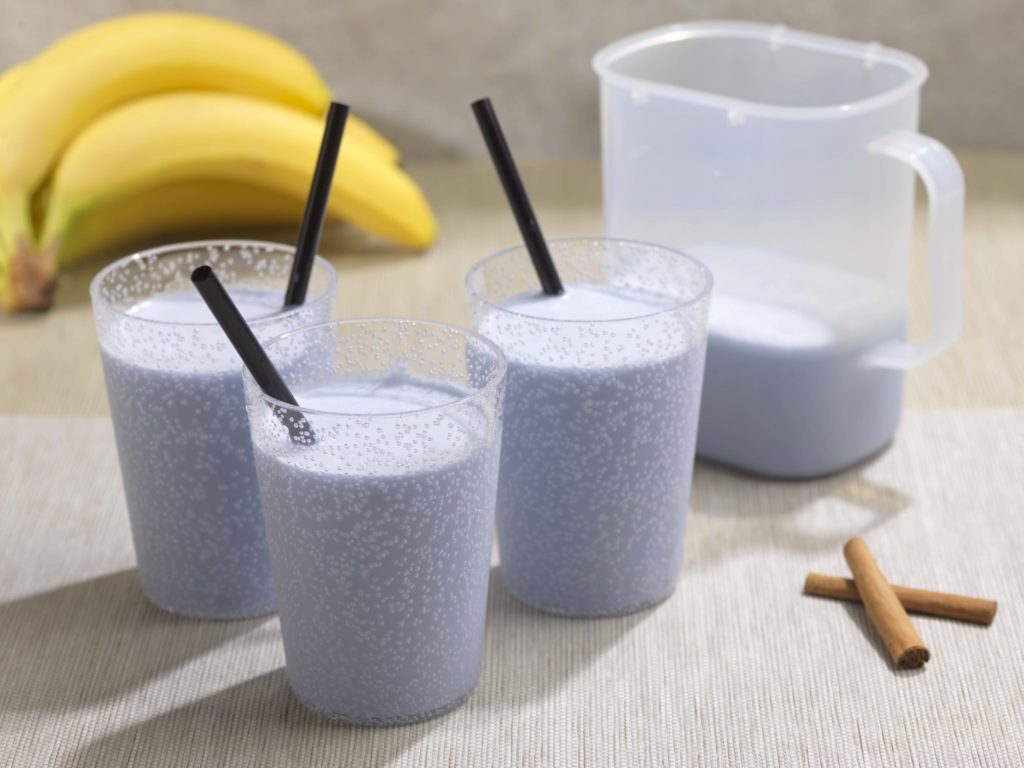 I haven’t had to chance to try them yet, but I look forward to making many more of them!  Check out these Star Wars inspired recipes:

And it’s not just about the recipes either.  As part of this program Dole is also hosting a Unite for a Healthy Galaxy Sweepstakes, which can be entered here. According to sweepstakes rules, U.S. and Canadian residents who complete the interactive quiz, download the app on the Unite for a Healthy Galaxy microsite, or simply share your excitement on social media with the #UnitewithDole and #sweepstakes hashtags on Twitter, Instagram, or Facebook will be eligible to win one of the 19 weekly and grand prizes inspired by Star Wars: The Last Jedi. 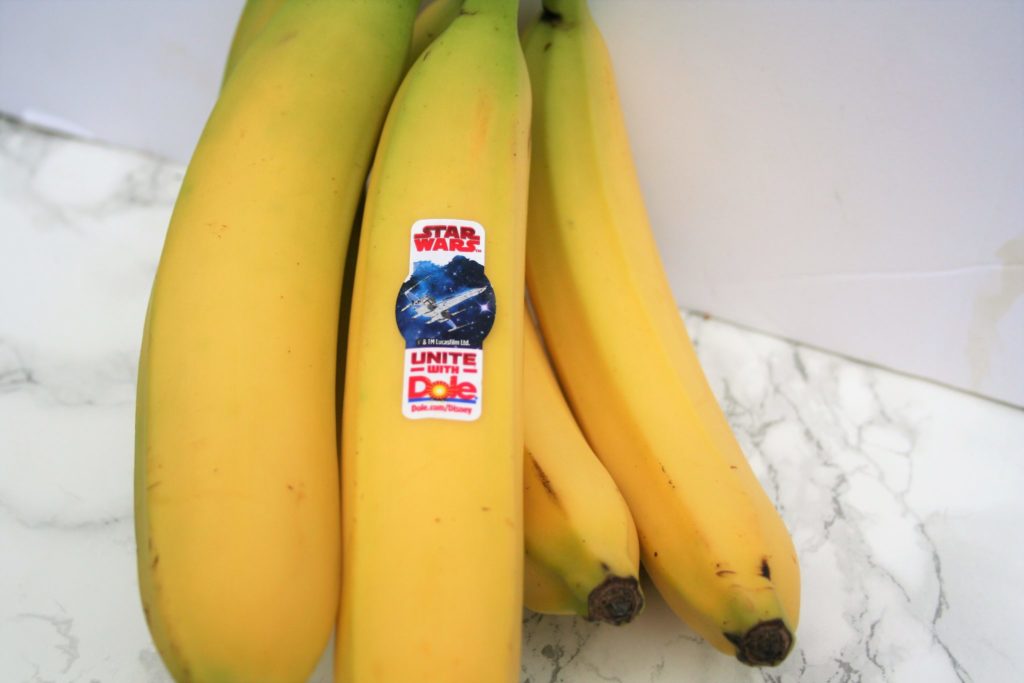 And there is a DOLE® app you can download! The free downloadable experience allows shoppers to scan select DOLE® produce at supermarkets throughout the U.S. and Canada to unlock and share photo filters, recipes and other unique content; receive special rewards; and enter a sweepstakes for a chance to win one of 19 weekly prizes inspired by Star Wars: The Last Jedi.  Lots of cool things there for Star Wars fans. Click here to download via iOS and Google Play!

Sponsored by Dole, the “Unite for a Healthy Galaxy Sweepstakes” begins on/about 9/8/17 at
12:00 p.m. PT and ends 2/16/18 at 11:59 p.m. PT. Open only to legal U.S. and Canada
residents 18 years or older. There is no limit to entries for the weekly drawings. Void in Puerto
Rico and where prohibited. See Official Rules at www.dole.com/Disney. 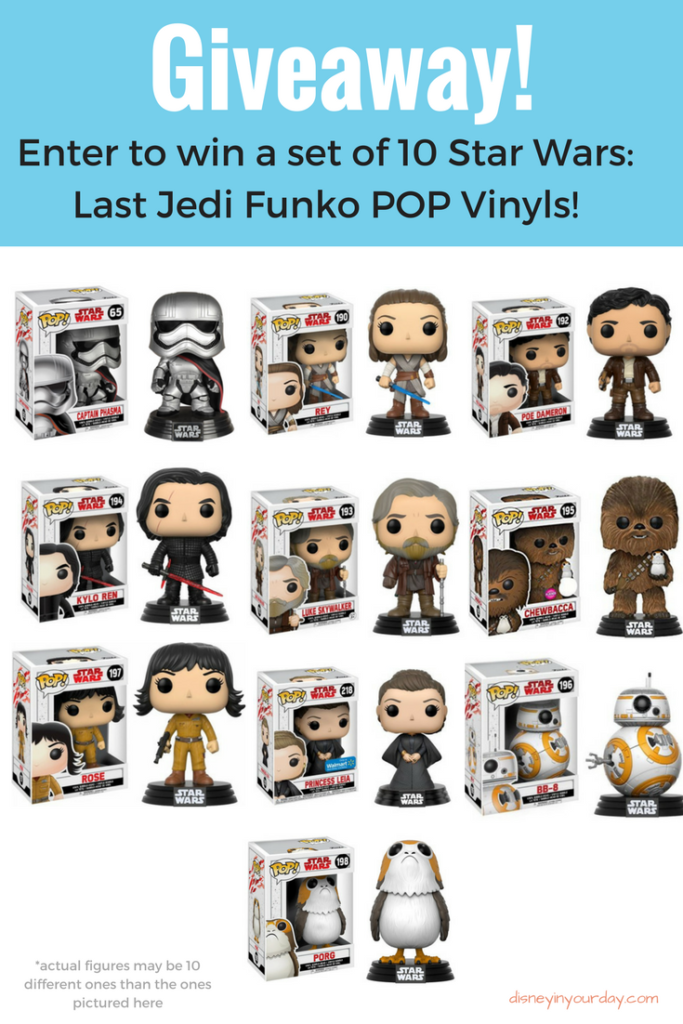 And attention Star Wars fans!  DOLE® is sponsoring a giveaway right here!  This is your chance to win 10 Funko Pop! Star Wars: The Last Jedi Bobbleheads.  Many of you might know that I absolutely love Funko Pop! vinyls and have quite a good collection myself… so I’m excited to offer this giveaway!  All you need to do to enter is fill out the Rafflecopter form below.

This giveaway is in no way sponsored, endorsed or administered by, or associated with Disney or
Lucasfilm. Dole is the sole sponsor of these prizes, however the giveaway is solely owned, administered,
solicited and operated by me.

Which healthy Star Wars recipes would you most like to try?