You are here: Home / Disneyland / Top 10 snacks in Disneyland

I’ve only been to Disneyland 3 times, but I’ve managed to consume a lot of food and snacks while I’ve been there! Even though Disney World has tons of great food options at Magic Kingdom, Animal Kingdom, Hollywood Studios, and Epcot, Disneyland really has a lot of unique options to offer.

When I started writing this post I was going to make it just a list of the best things in all of Disneyland resort, including California Adventure and Downtown Disney. However, I had so many great snack options I’m going to write three different posts! So be on the lookout for those, but in the meantime here are my top 10 snacks in Disneyland park: 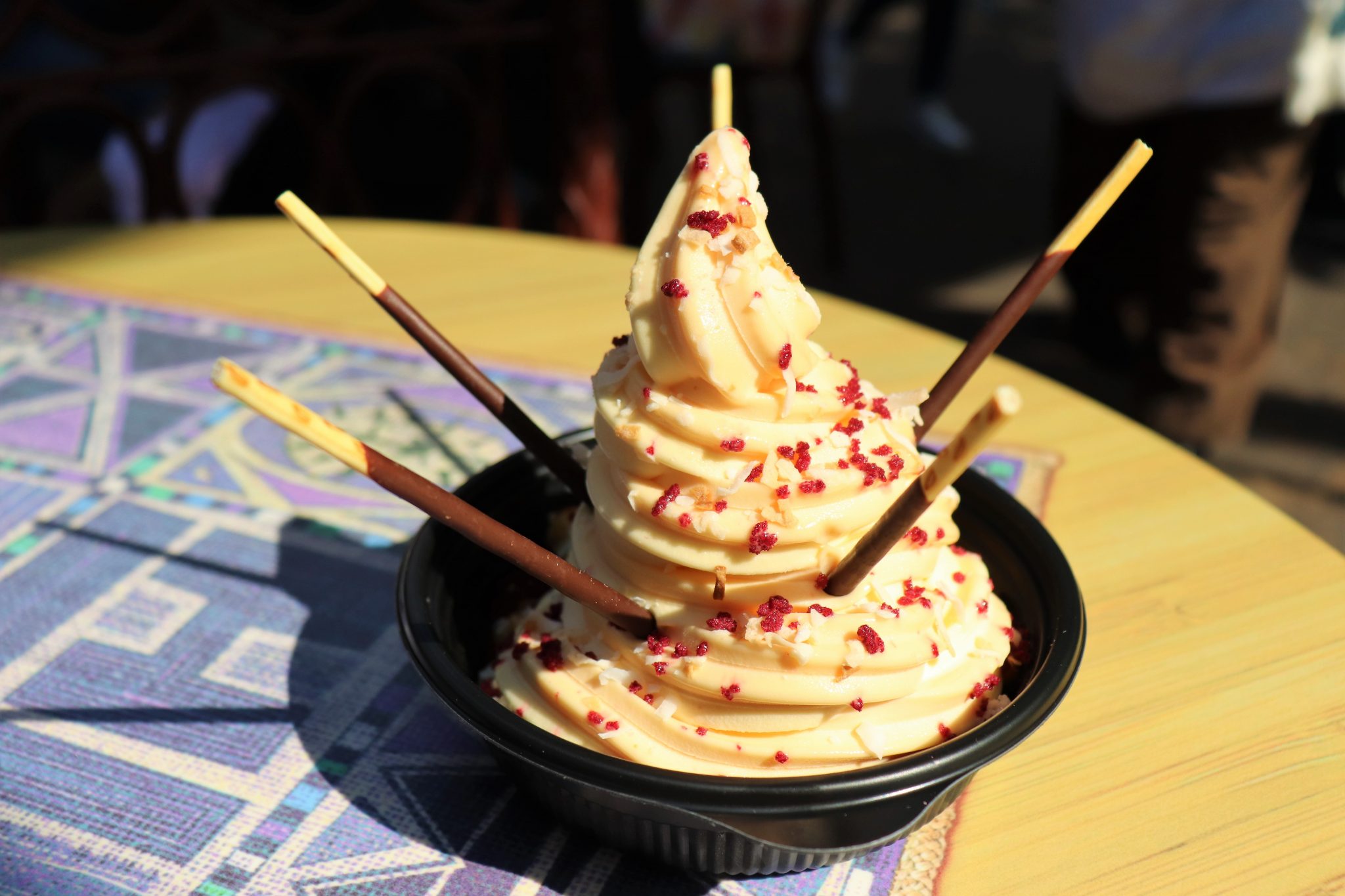 This was probably my favorite thing I ate on my last trip to Disneyland. I’m actually not a huge Dole Whip lover (I’ll take the Citrus Swirl over in Magic Kingdom any day!), but you add all of this deliciousness to it and you’ve got one amazing snack. The full description is “Pineapple and Orange Swirl, Exotic Fruit, Crystallized Hibiscus.” I think the addition of fresh fruit is what really made all the difference, though the crystallized hibiscus (and I’m pretty sure coconut) was pretty great too. 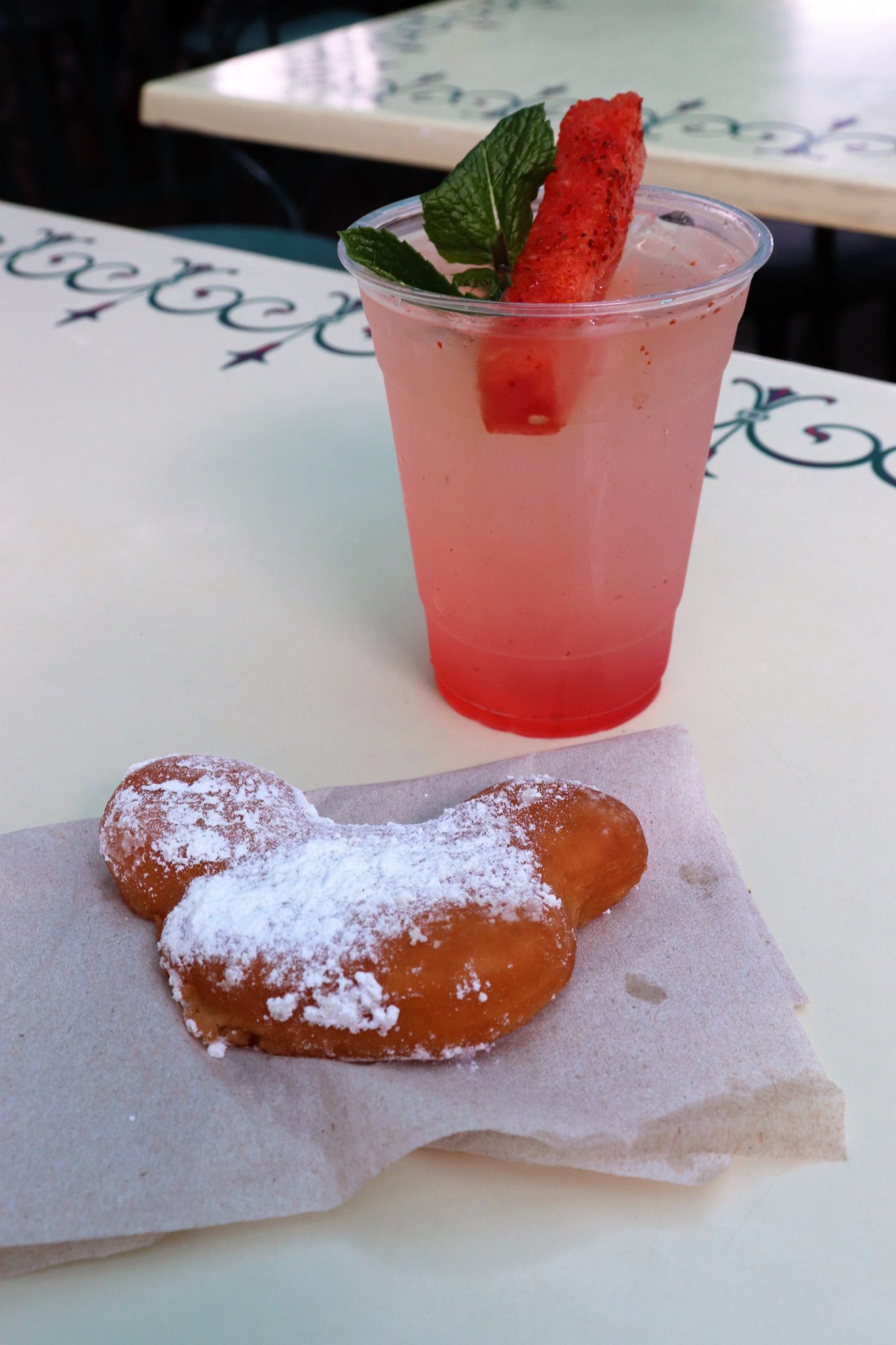 You can’t go wrong with fried dough covered in powered sugar – especially when it’s Mickey shaped! The beignets are delicious and you can get them as a 3 piece or 6 piece snack. They go so well with the mint juleps (non-alcoholic). The regular ones are delicious and taste like a minty lemonade. I got a special julep that was on the menu while I was there, the watermelon julep. Really refreshing! 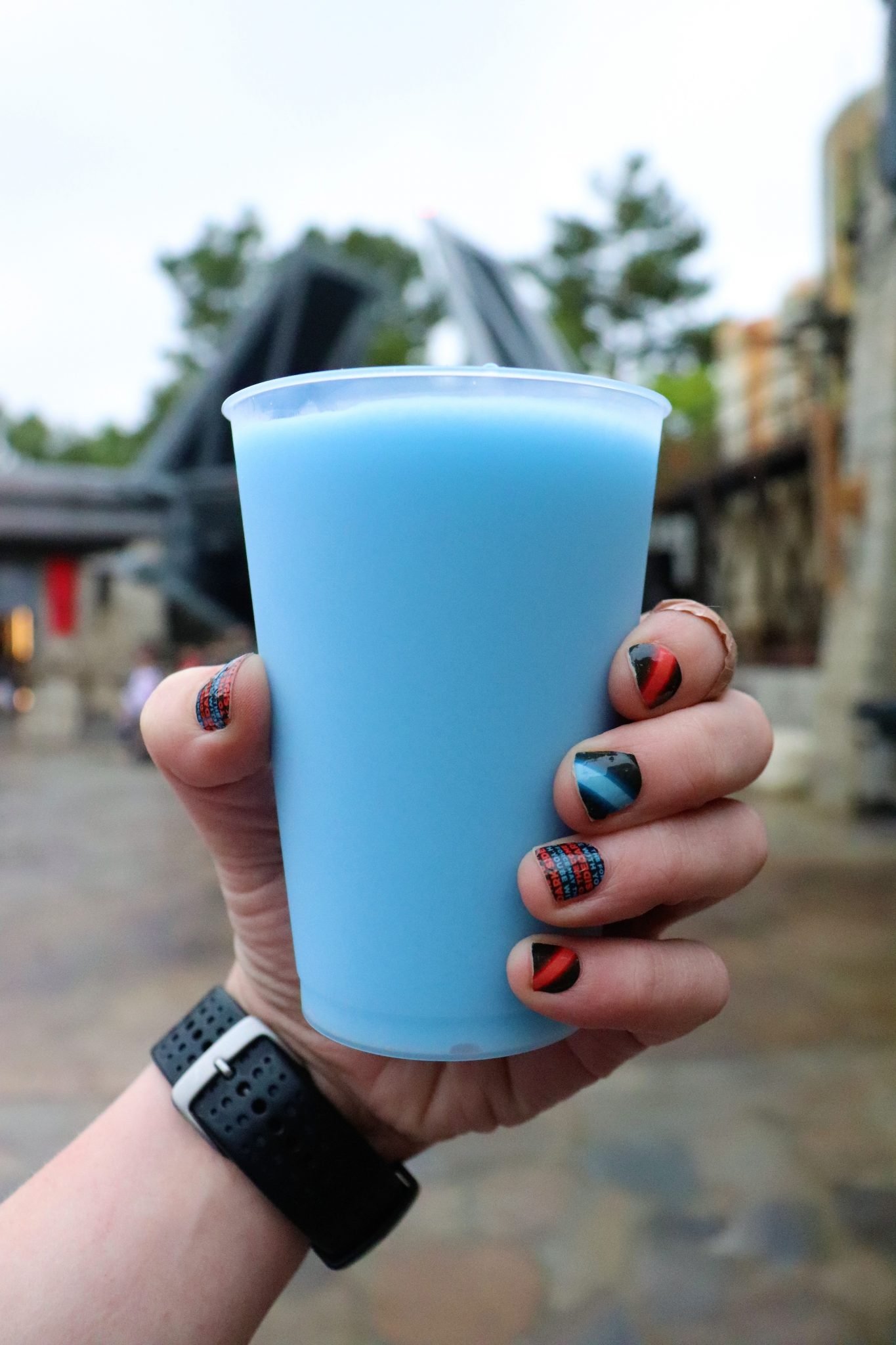 With the addition of Star Wars: Galaxy’s Edge comes some new food and drink items, of course!  I really enjoyed it! Despite the name it is not dairy at all, but more like a slushie. It was very refreshing, with citrus flavors that were sweet but not overly sweet. I know reviews have been mixed but I would definitely get it again. 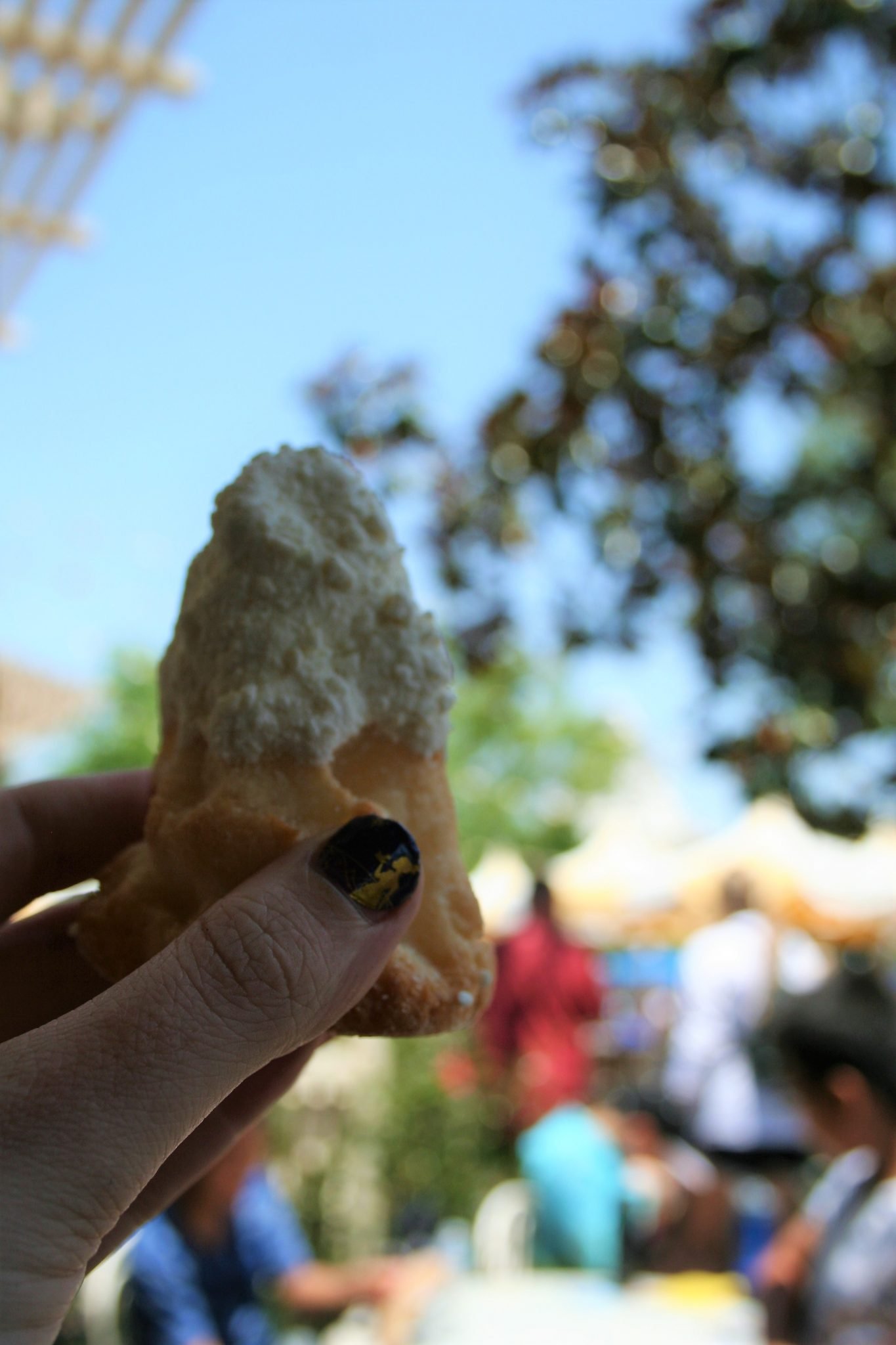 Available at the Jolly Holiday Bakery, this macaroon is great for coconut lovers! It has extra sugar on top, so that it’s not just delicious but themed too. It looks just like the Matterhorn mountain! 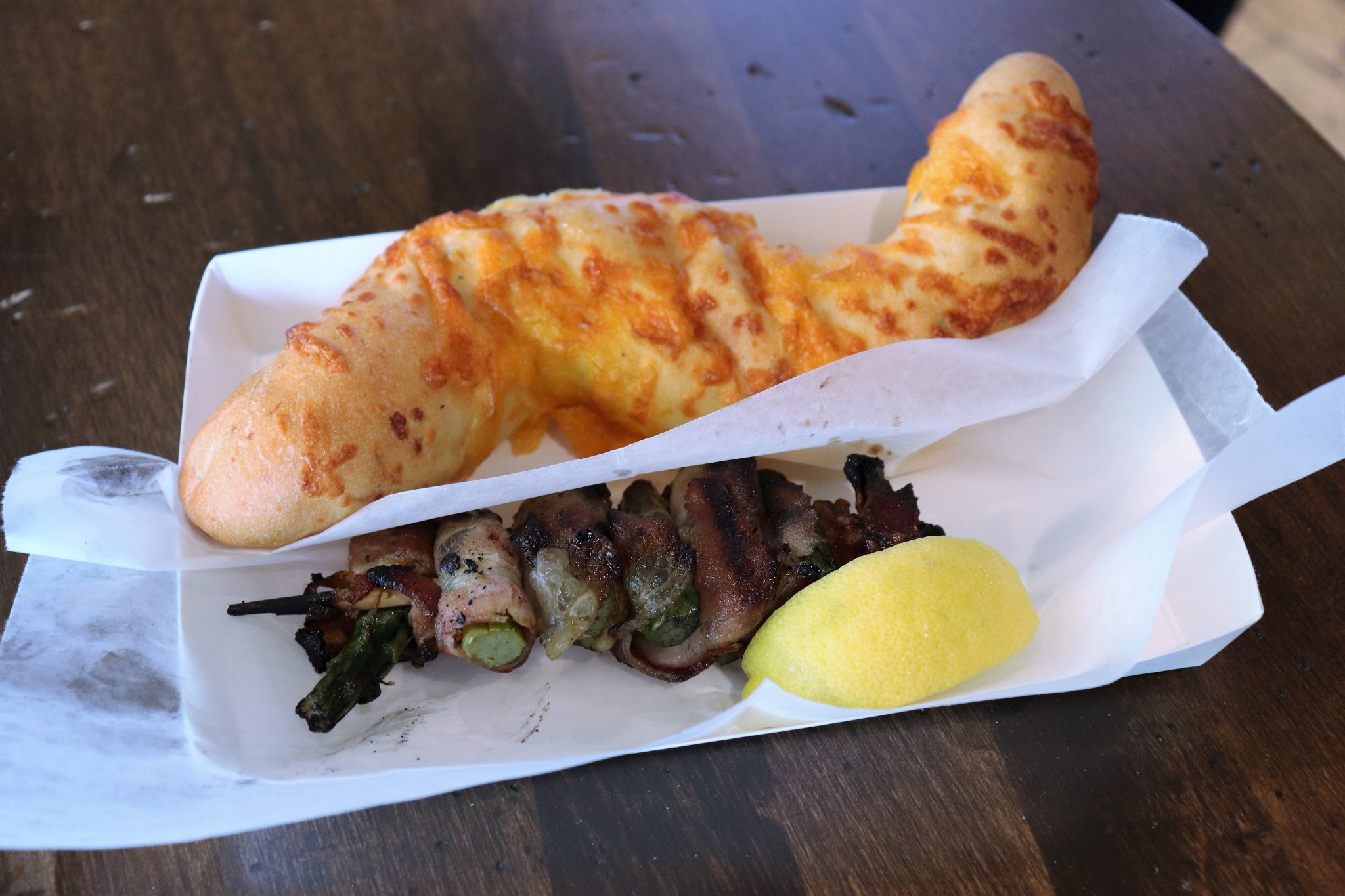 Sometimes you might be in the mood for something savory rather than sweet. If that’s the case then a giant, yummy breadstick that’s basically just bread and cheese might be what you’re in the mood for! Plus, true to its name, it’s in a cool sort of wavy shape like a tail. You’ll find it at Bengal Barbecue. 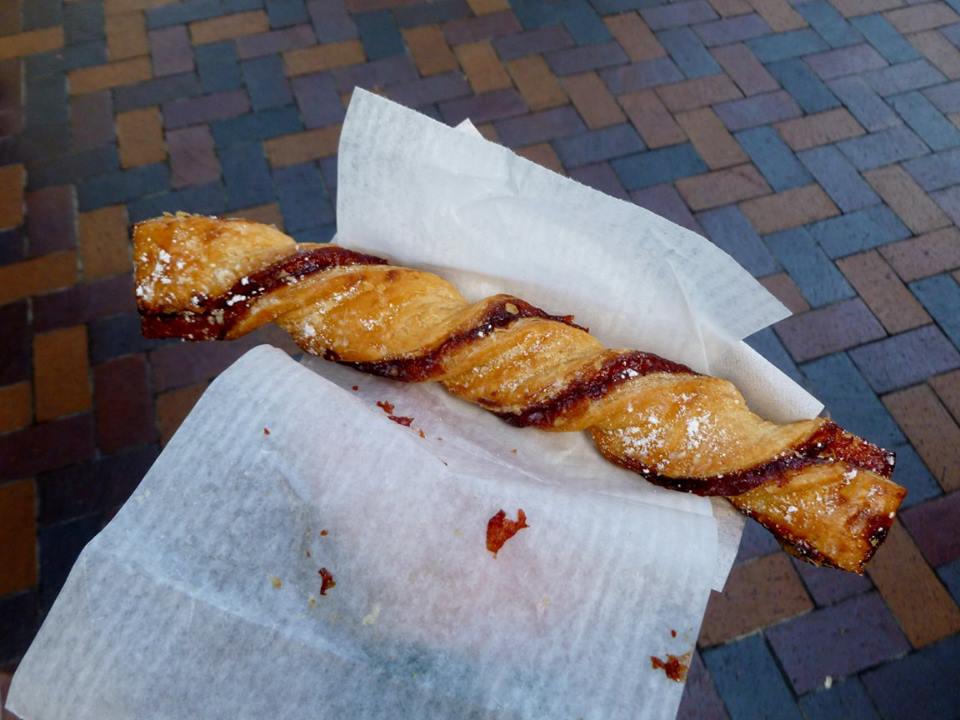 This cart in Fantasy Faire offers “twists,” that are pastries with a taste and flavor somewhat similar to a croissant. The flavors seem to change throughout the year – I’ve seen strawberry, chocolate, grey stuff, and cheese before. The strawberry one was very tasty and makes a great snack! 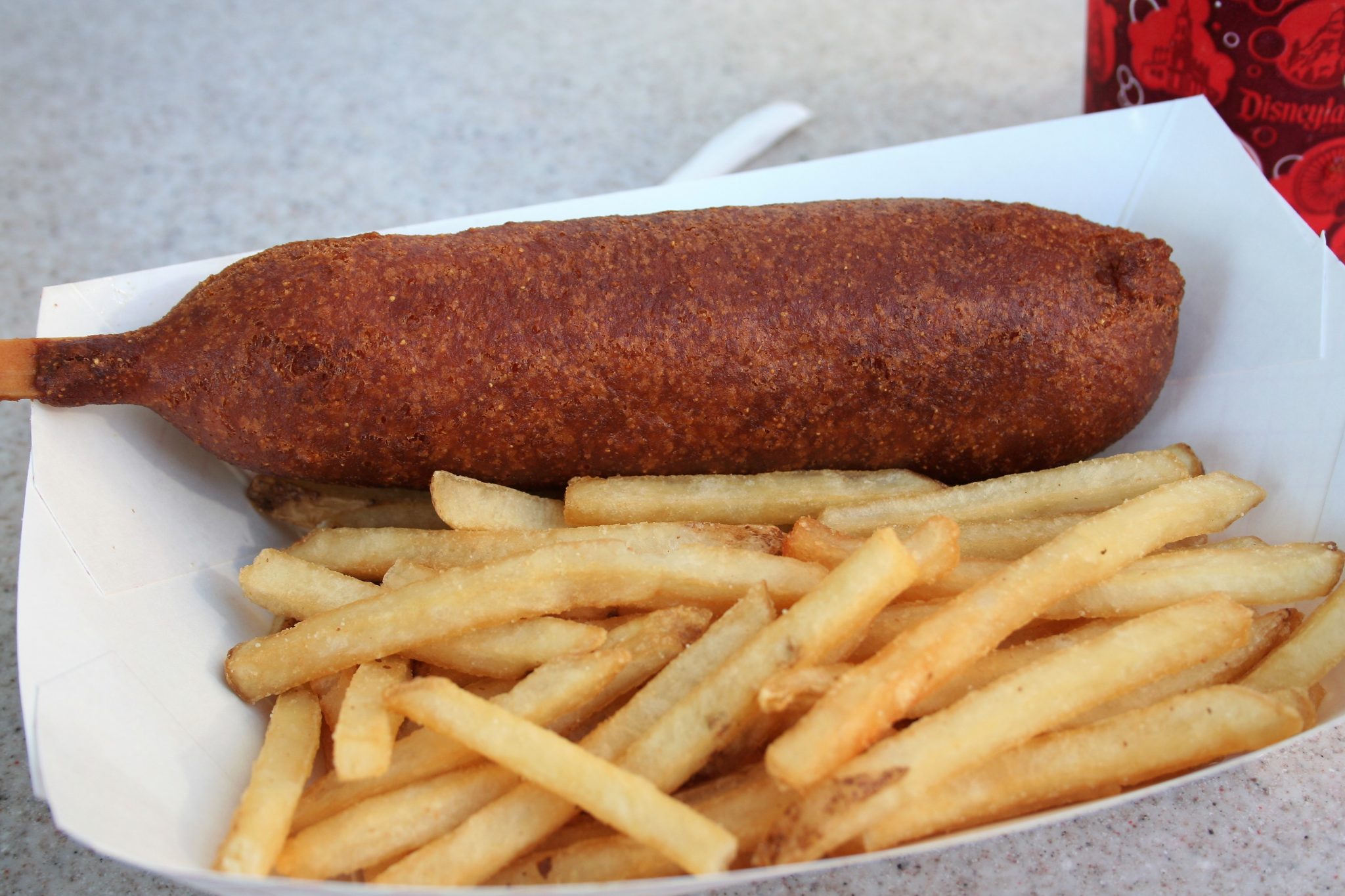 Disneyland is well known for their corn dogs, and you can get them at a number of different places throughout the parks. The Little Red Wagon is the most iconic place for them, but there’s also Corn Dog Castle in California Adventure. A few years ago we also found them at the Golden Horseshoe. Grab one as a snack or pick up some fries and have it for a meal! 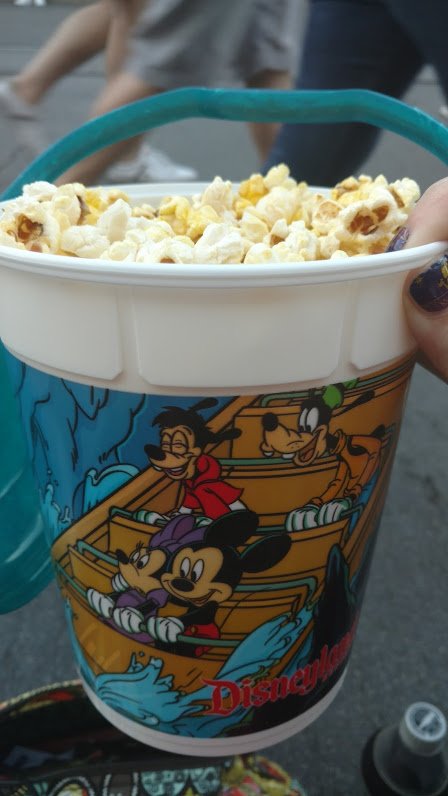 There is nothing like the smell of popcorn while being on Main Street, USA. Even though it’s something you can get pretty much anywhere, it feel so Disney to me (and smells so good!). Grab some before a parade or fireworks while you wait – and might as well get a fun souvenir bucket while you’re at it! 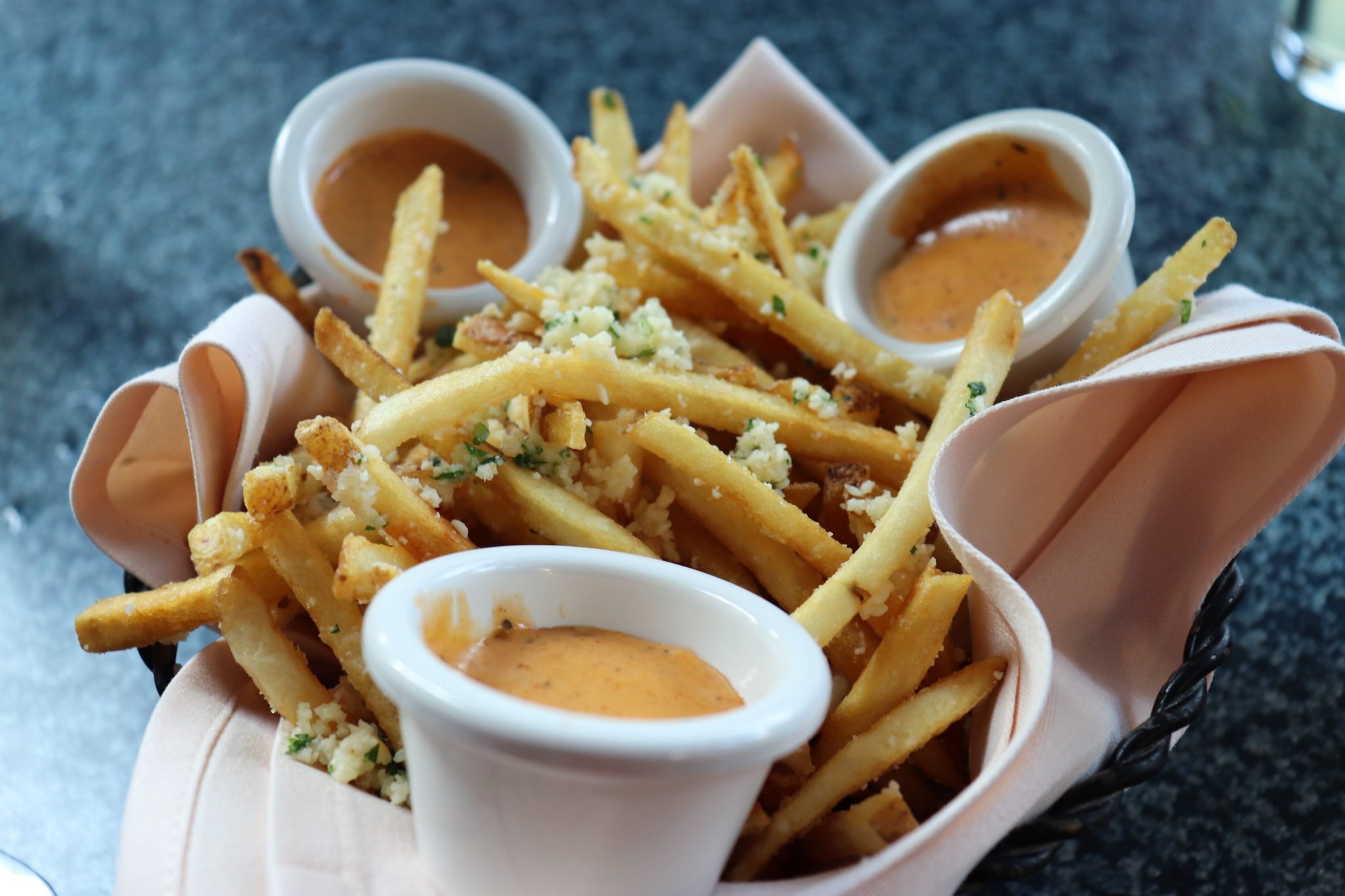 You do need to do a sit-down meal to get these delicious french fries at Cafe Orleans, but it’s so worth it! They are the tastiest pomme frites seasoned with Parmesan, Garlic, and Parsley.  The only thing that makes them better? The Cajun remoulade dipping sauce it comes with! 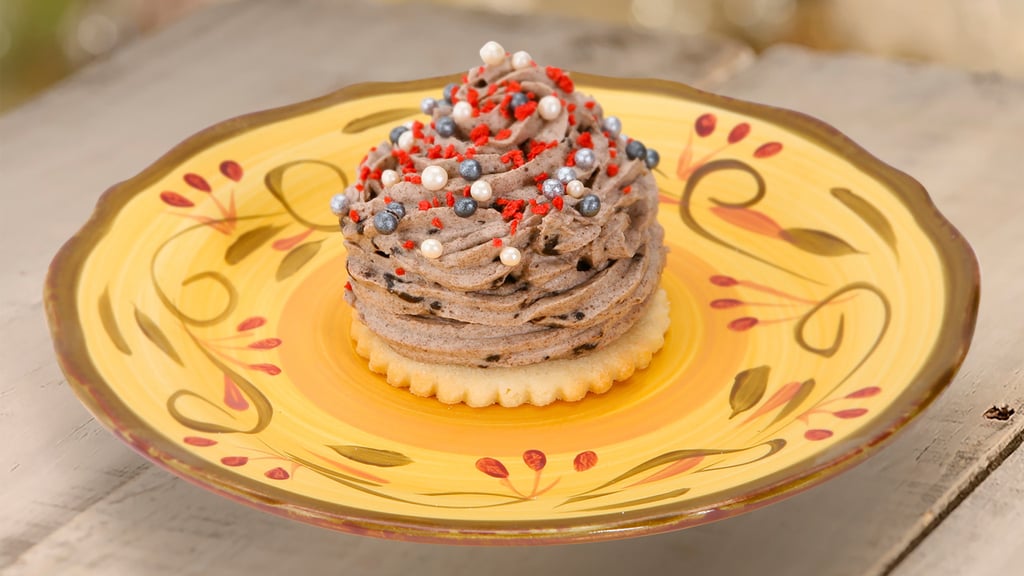 Try the grey stuff, it’s delicious! If you’ve been to Be Our Guest in Magic Kingdom you may have already tried the grey stuff – while the taste of the mousse is basically the same, it’s served on top of a red velvet cake with a raspberry center. Definitely worth trying for fans of the grey stuff! 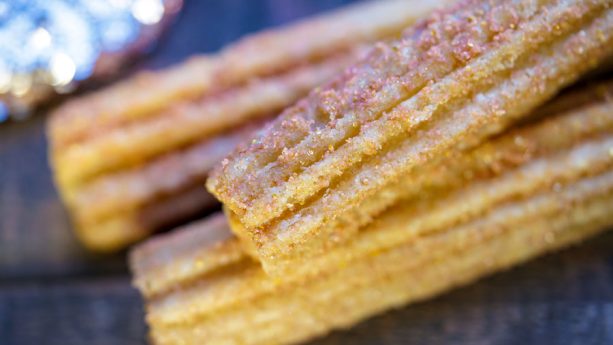 I don’t know that any Disneyland food list would be complete without mentioning the churro. They are hugely popular there, available at multiple places throughout the parks, and of course are delicious cinnamon-sugary goodness. Disneyland also offers specialty churros throughout the year with different flavors and colors.

Do you agree with my list of the top 10 snacks in Disneyland?  What are your favorite Disneyland snacks?