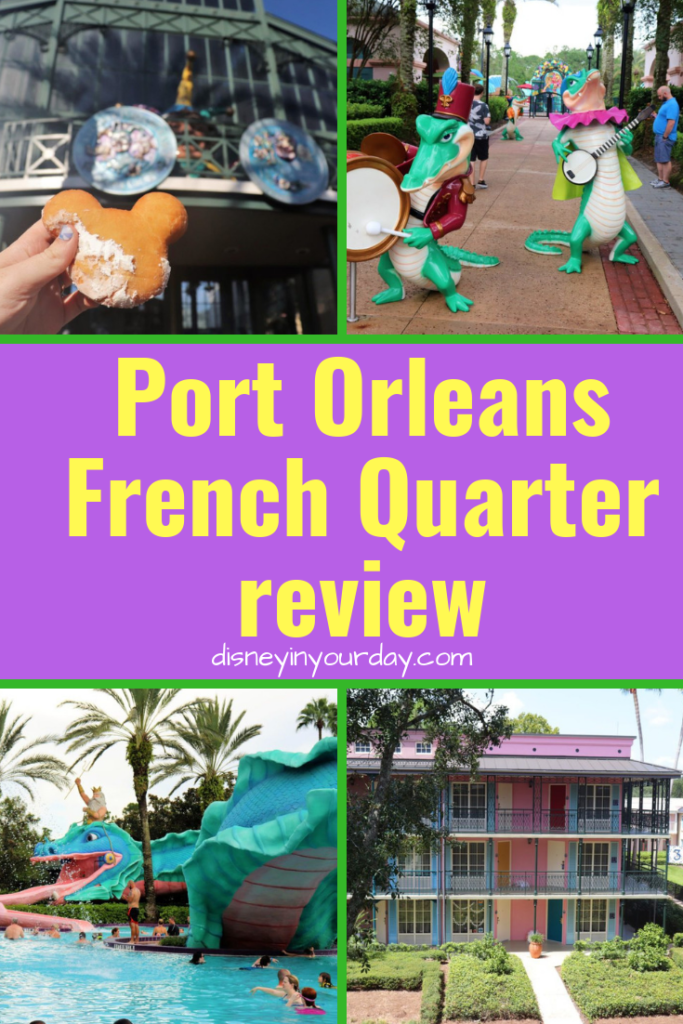 I’ve stayed at Port Orleans Riverside several times, and while it’s been a favorite, I had never stayed across the way at Port Orleans French Quarter! So when it came time to book a resort for my August “untogether” trip (this is my solo trip where a friend joined me as long as I got plenty of alone time lol!), I decided it was a good time to try it out!  I’m so glad I did, because I ended up loving so many things about this resort and wouldn’t hesitate to stay here again. 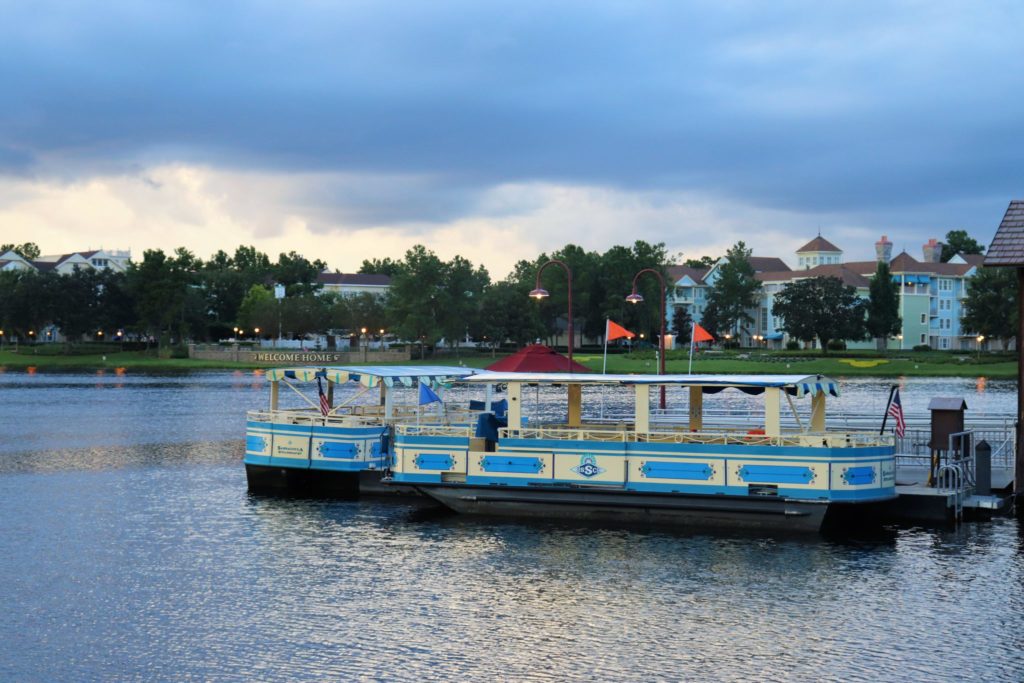 Port Orleans French Quarter is actually most convenient to Disney Springs, and they offer a nice boat ride over there (in addition to buses). For the theme parks, you’ll find the closest one is Epcot, followed by Hollywood Studios. Magic Kingdom and Animal Kingdom are both about a 15 minute bus ride away.  I really like having the boats to Disney Springs.  None of the moderates or value resorts are super close to the parks like some of the deluxe resorts, but Port Orleans has the boats as a really nice option! 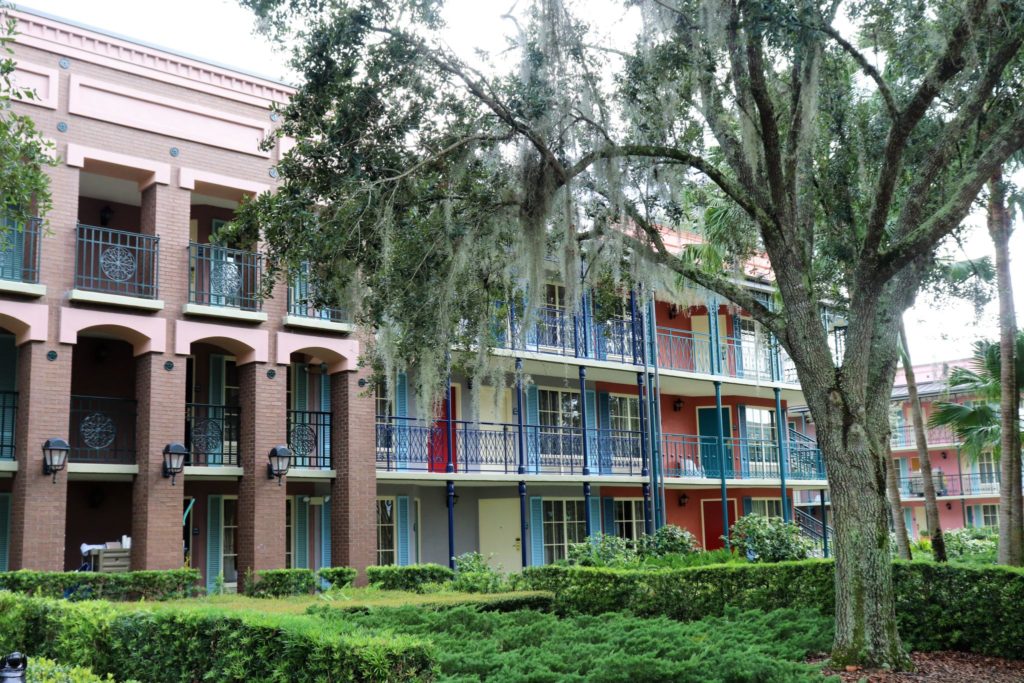 So fun! Staying at Port Orleans French Quarter is like a permanent Mardi Gras party.  It is (obviously) themed after the French Quarter in New Orleans, in a friendly Disney way of course.  There are bright colors all around.  The buildings where the rooms themselves are located feel a little more classy while still fun, but the main areas have your more over the top decor, including gators playing instruments, Mardi Gras masks, and more! 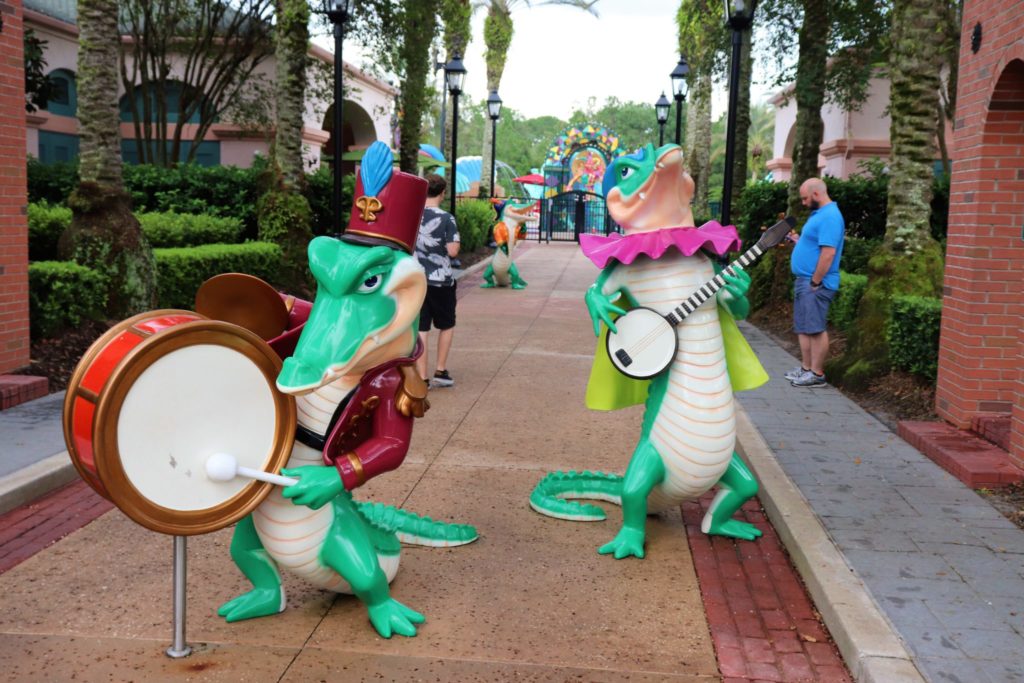 Many of the areas have fun music playing, and I kind of feel like I’ve just stepped into the party scene from Princess and the Frog. Speaking of which, I kind of wish they would add more from that movie at this resort. It’s absolutely perfect for it – not to mention one of my favorite Disney movies! 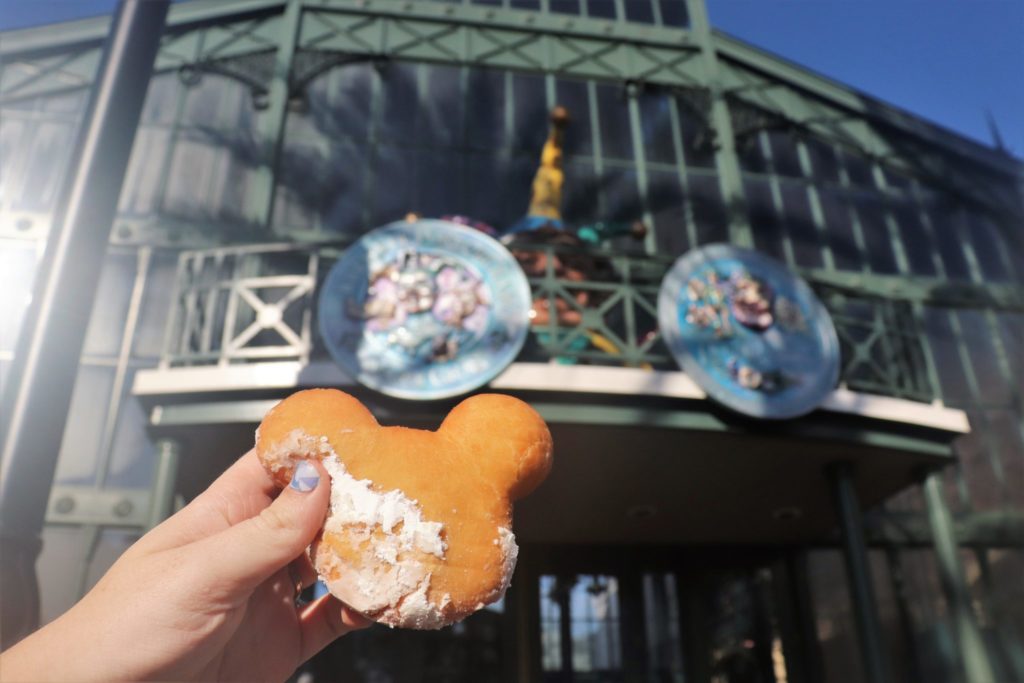 The French Quarter has a food court called Sassagoula Floatworks, where you can get a variety of items – from your typical burgers, pizza, etc. to food with a New Orleans style flair.  One of the items that the French Quarter is best known for is their beignets!  If you’re not familiar with these treats they are basically just fried dough covered in powdered sugar, but they are so good!  And of course they’re Mickey shaped. The batch that I got had just come out of the fryer and were super hot and warm. So hot I had to wait awhile to be able to eat it, but it was worth the wait.  French Quarter doesn’t have a sit down restaurant, but there is one right across the way at Port Orleans Riverside, which isn’t too far of a walk. 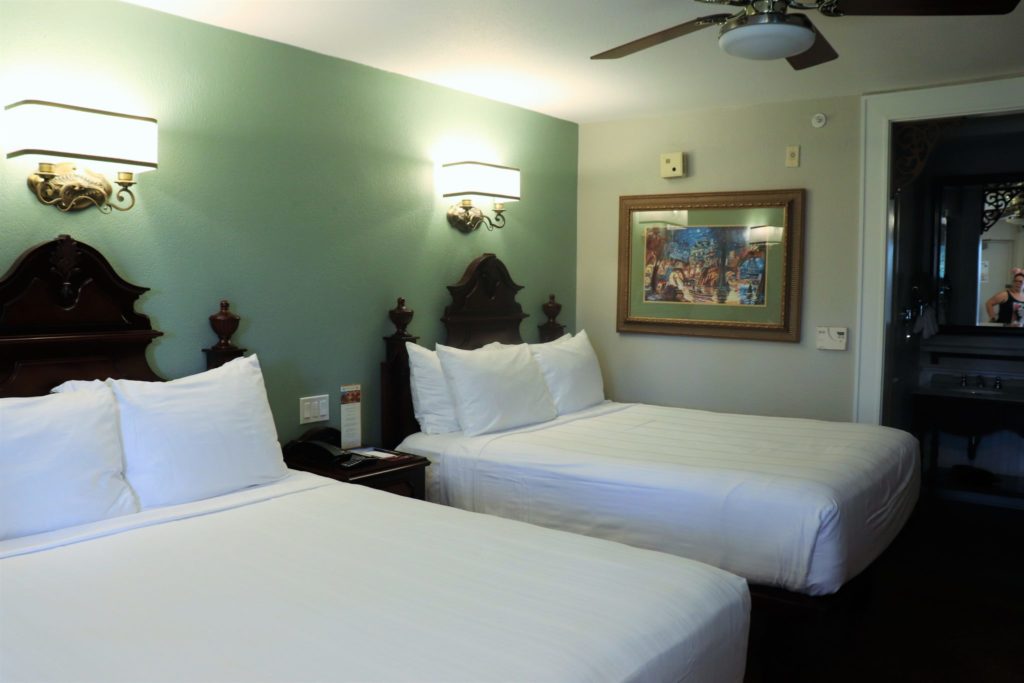 Since Port Orleans French Quarter is a moderate resort, it’s very similar to other moderate resort rooms.  The standard room has 2 queen size beds and all of your basic amenities.  There’s a fridge and a microwave.  Two sinks are located outside of the bathroom and then you have your standard toilet and shower/tub.  I thought it felt like a good amount of space – it didn’t feel as cramped as the value resort rooms. 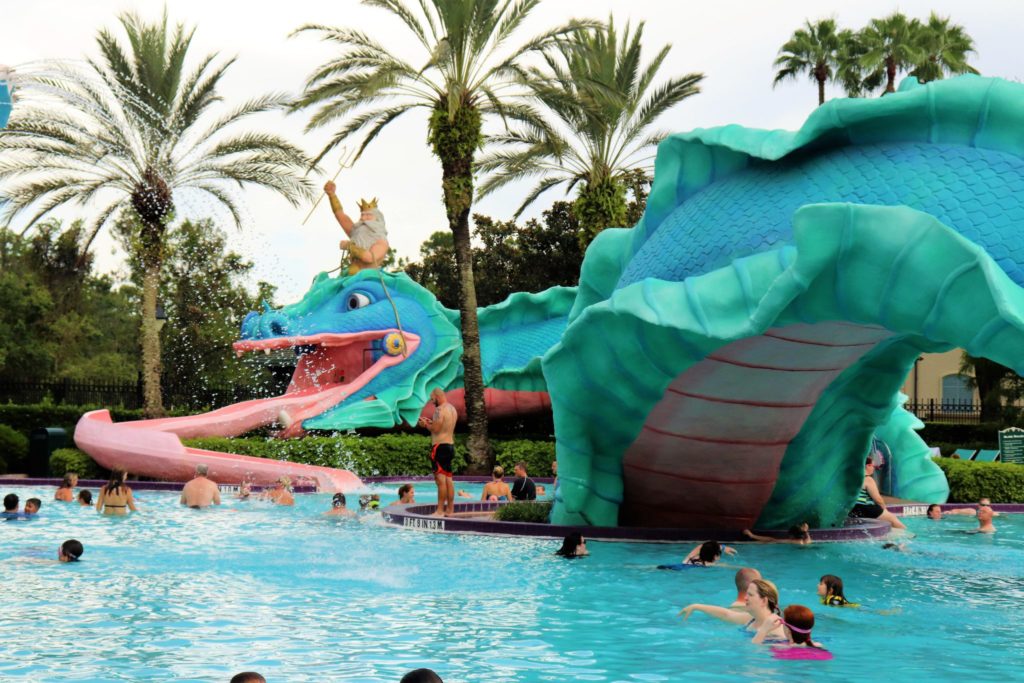 There is one main pool at Port Orleans French Quarter, and it’s pretty big and exciting!  It definitely has one of the coolest water slides I’ve seen.  I didn’t get a chance to use the pool but it looks like a blast to slide down the tongue of the dragon 😉 There’s also a splash area for little kids that’s well done too. 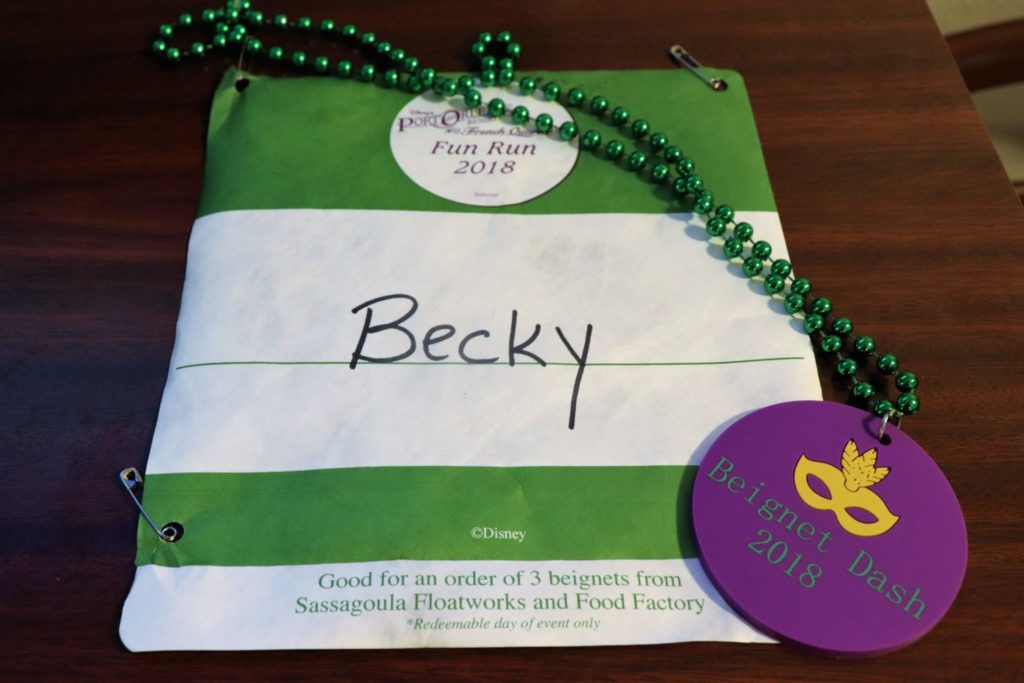 If you’re looking for things to do around Port Orleans Riverside, there are some fun activities if you’re not headed to the theme parks.  They have activities during the day near the pool for the kids, and there’s an arcade at the resort too.  Lately some of the resorts have been adding extra stuff that you can sign up for – one of the highlights for me was running the Beignet Dash on Sunday morning! It was a 1.5 mile fun run where they rewarded you with a rubber medal and beignets.  They also do “Painting on the Bayou” certain nights, which is sip and paint night – so be on the lookout for stuff like that!  Finally, in the evening hours you may want to check out the Scat Cat’s Club, which is the bar/lounge that sometimes has live performers.

If you liked this post, make sure to check out my Boardwalk resort review and Art of Animation resort review! 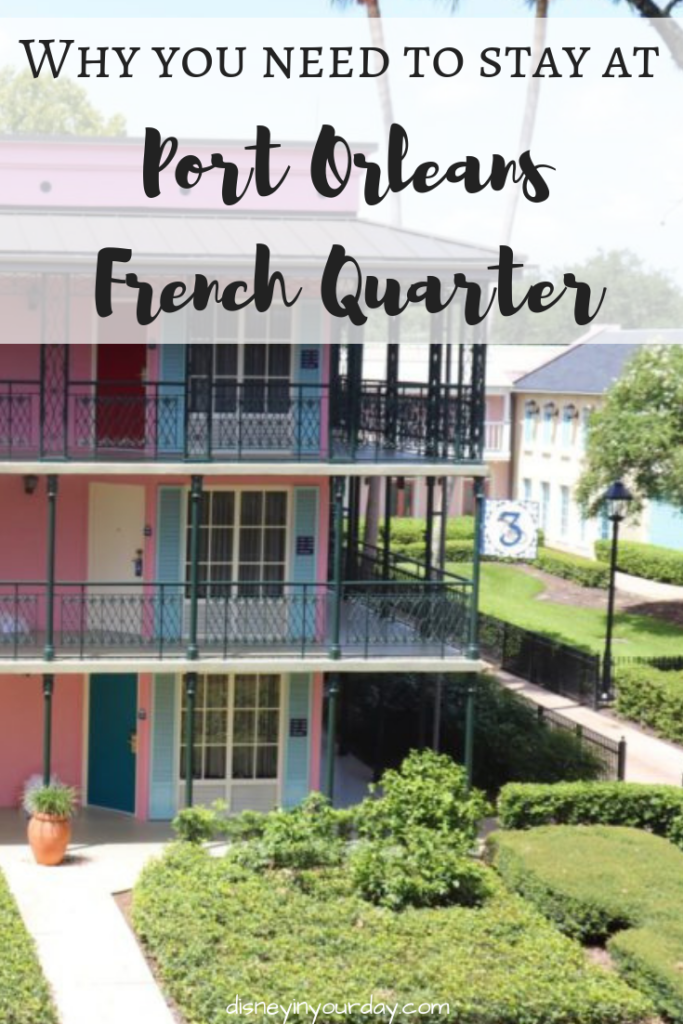 Would you be interested in staying at Port Orleans French Quarter? What’s your favorite place in Disney to stay?