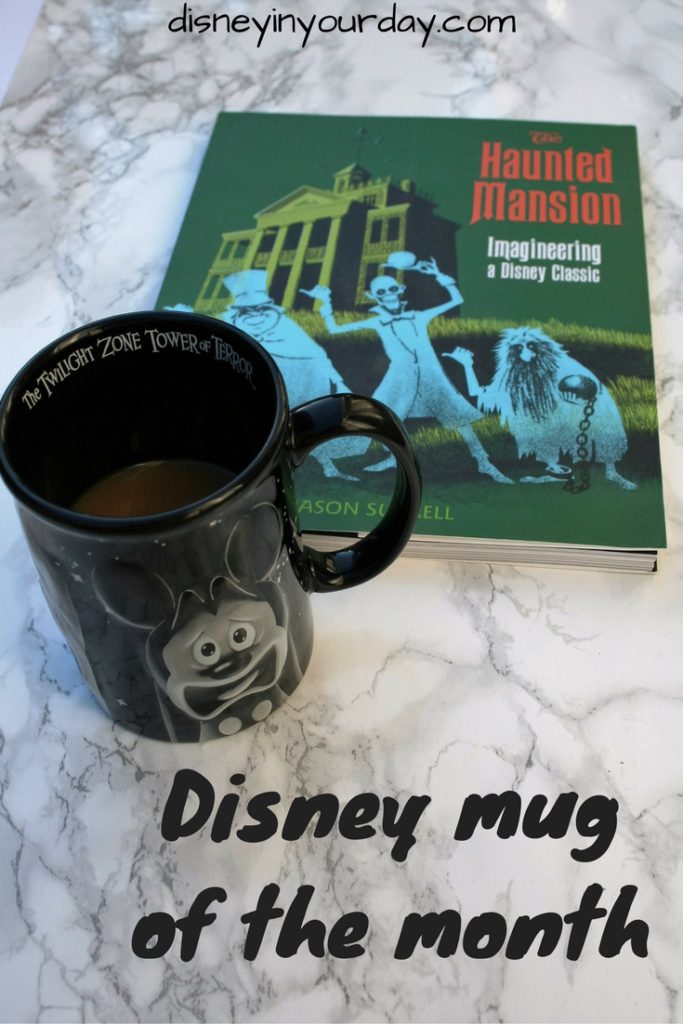 The Halloween season has been sneaking up on me faster than I expected!  I’ve got most of my Halloween decorations up and still working on my costume.  I love the dressing up part of Halloween, and all of the fall stuff, but I’m not huge on scary things.  That being said, I like some scares that aren’t too intense.  The Tower of Terror is probably as scary as I’m willing to go, so it’s a great “Halloween” ride for me! 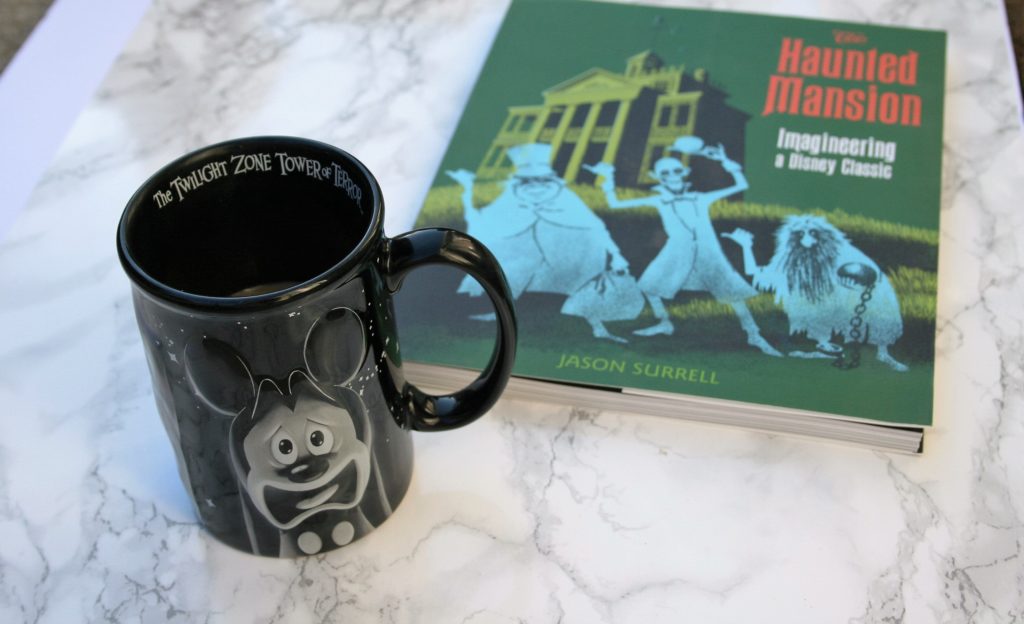 Which is why the month of October I’m drinking out of my Tower of Terror mug!  It has the name of the ride on the inside of the mug, but on the outside it’s decorated with the Disney characters and their faces as if they were plummeting down the Tower of Terror.  It’s got Mickey, Goofy, and Donald.  Basically, they look a lot like what my face looks like when I’m on that ride. 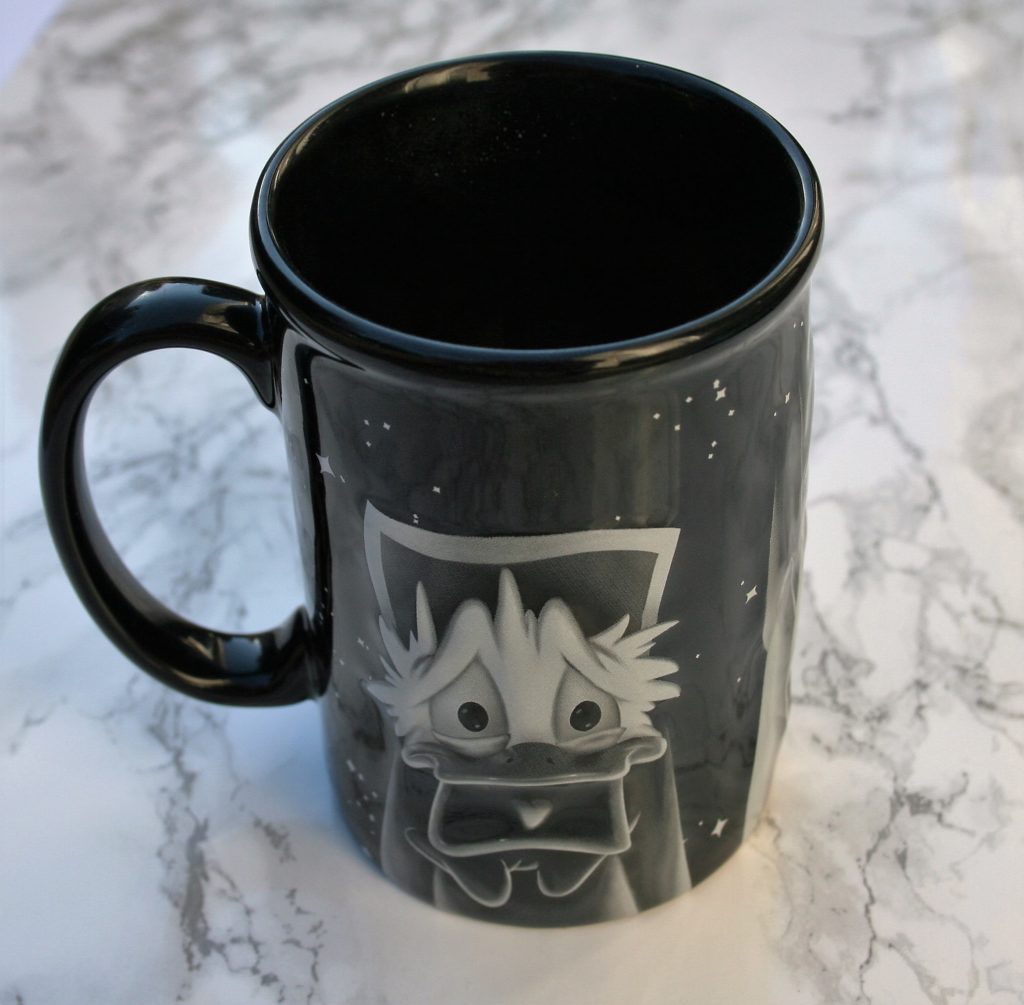 What’s in my cup:  Because it’s the fall season, of course I’ve got my pumpkin spice coffee.  And the best pumpkin spice coffee around is definitely from Wawa.  If you’re not familiar with Wawa (it’s pretty regional to Pennsylvania, though they’re starting to branch out more – there’s one in Orlando now!), it’s a gas station/convenience store… but the best one you’ll ever visit.  Their food is great and their coffee is great.  I’ll take Wawa over Starbucks any day. 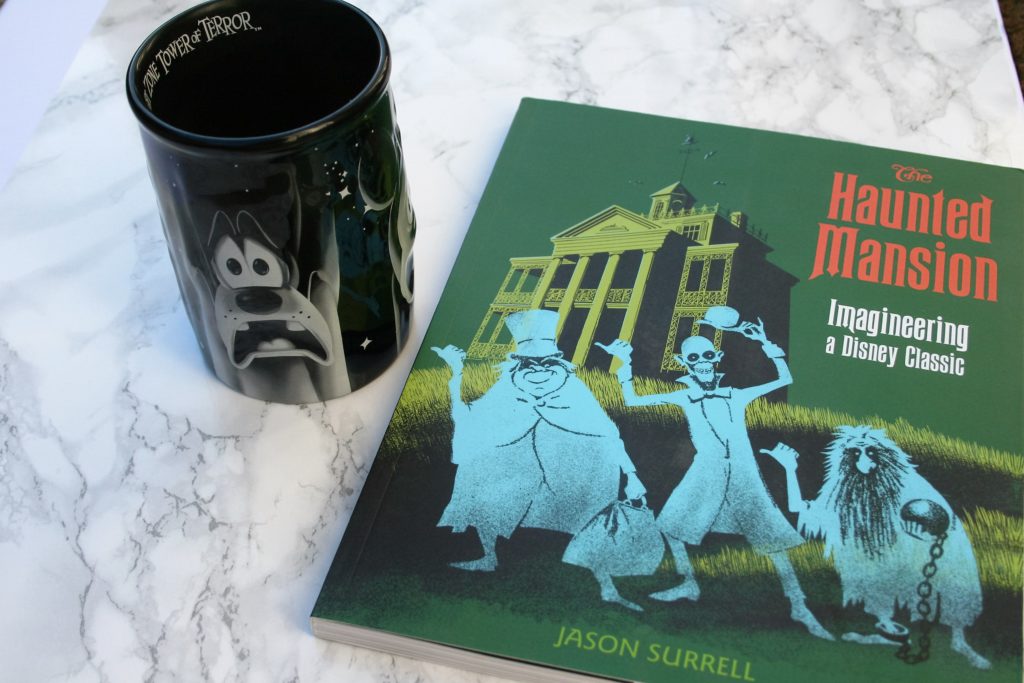 What I’m reading:  For the November Disney Book Club meeting we decided on The Haunted Mansion: Imagineering a Disney classic.  I’ve only just started it but already I find it very interesting.  I think the Haunted Mansion is one of the most fascinating attractions at Disney.  I’ve often wondered about the inspiration behind it, the story, and how it all came together.  And while I’ve heard bits and pieces here and there, I’ve never had one cohesive book about it.

What’s in your cup?  And what are you reading this month?