You are here: Home / Tournament / March tournament – Disney sidekicks, round 1 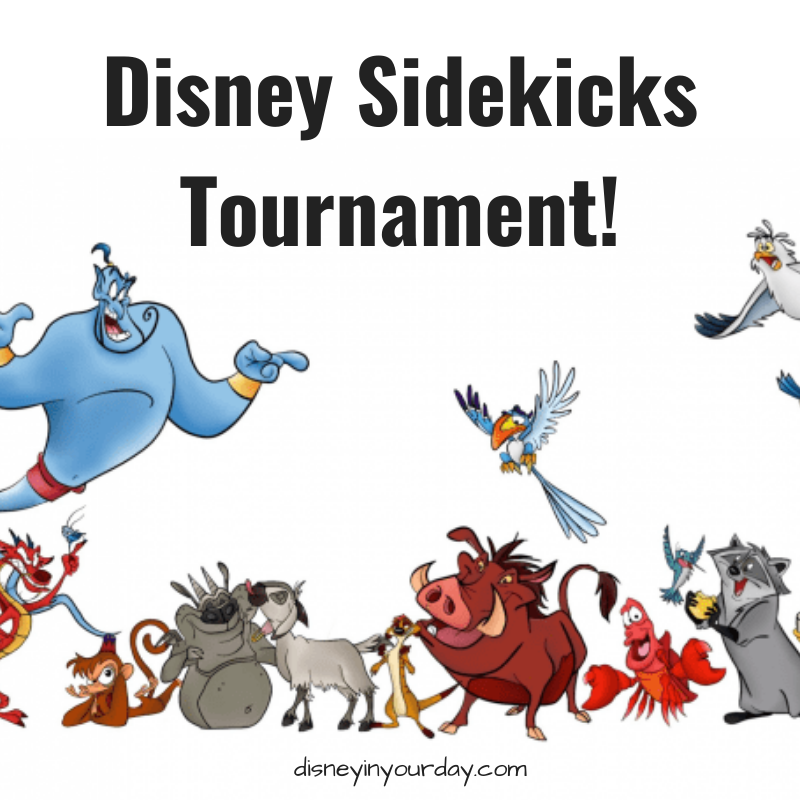 Every March I like to get Disney fans to vote in a bracket style tournament for something Disney related – In the past I’ve had my readers vote on their favorite attraction (Haunted Mansion), favorite food (Dole Whip), animated Disney movie (The Lion King), favorite song (Under the Sea), Disney villains (Hades), and Pixar movie (Toy Story).  This year I thought it would be fun to talk about Disney sidekicks!

What exactly qualifies as a “sidekick”?

I realized I needed to define this a bit better to create my bracket. The Oxford English dictionary definition is “a person’s assistant or close associate, especially one who has less authority than that person.” I decided to focus on this definition, rather than characters who I see more as a partnership. For example, some lists I looked at had Vanellope Von Schweetz listed as a sidekick to Wreck-It Ralph, but I see them more as equals so I didn’t include her.

How did you pick these Disney sidekicks?

Even working within this definition of a sidekick I came to realize that there are so many characters in Disney movies that you could classify as a “sidekick.” So I put some parameters in place just to narrow down my list to a 32 participant bracket. I only included sidekicks from Walt Disney studios animated films (not Pixar or live action). I chose not to include any villain sidekicks, like Iago. And I tended towards animal sidekicks rather than humans, because they often feel more like partnerships than sidekicks (though I did include Dopey because he’s just so iconic.

Who are some of these Disney sidekicks?

You probably recognize the major names, but with 32 sidekicks some of them may not be as familiar! The interesting thing about sidekicks is that they don’t always get named as much in the movies. So here’s a rundown of a few I think people might not be as familiar with to let you know what movie they’re from and hopefully refresh your memory:

Some of these decisions might be hard, especially as we narrow it down more. A common response on these tournaments is “how can I possibly pick between these two?” But do your best to pick your favorite, and may the “best” villain win!  We’ll advance to the next round the following Monday.  So vote now! 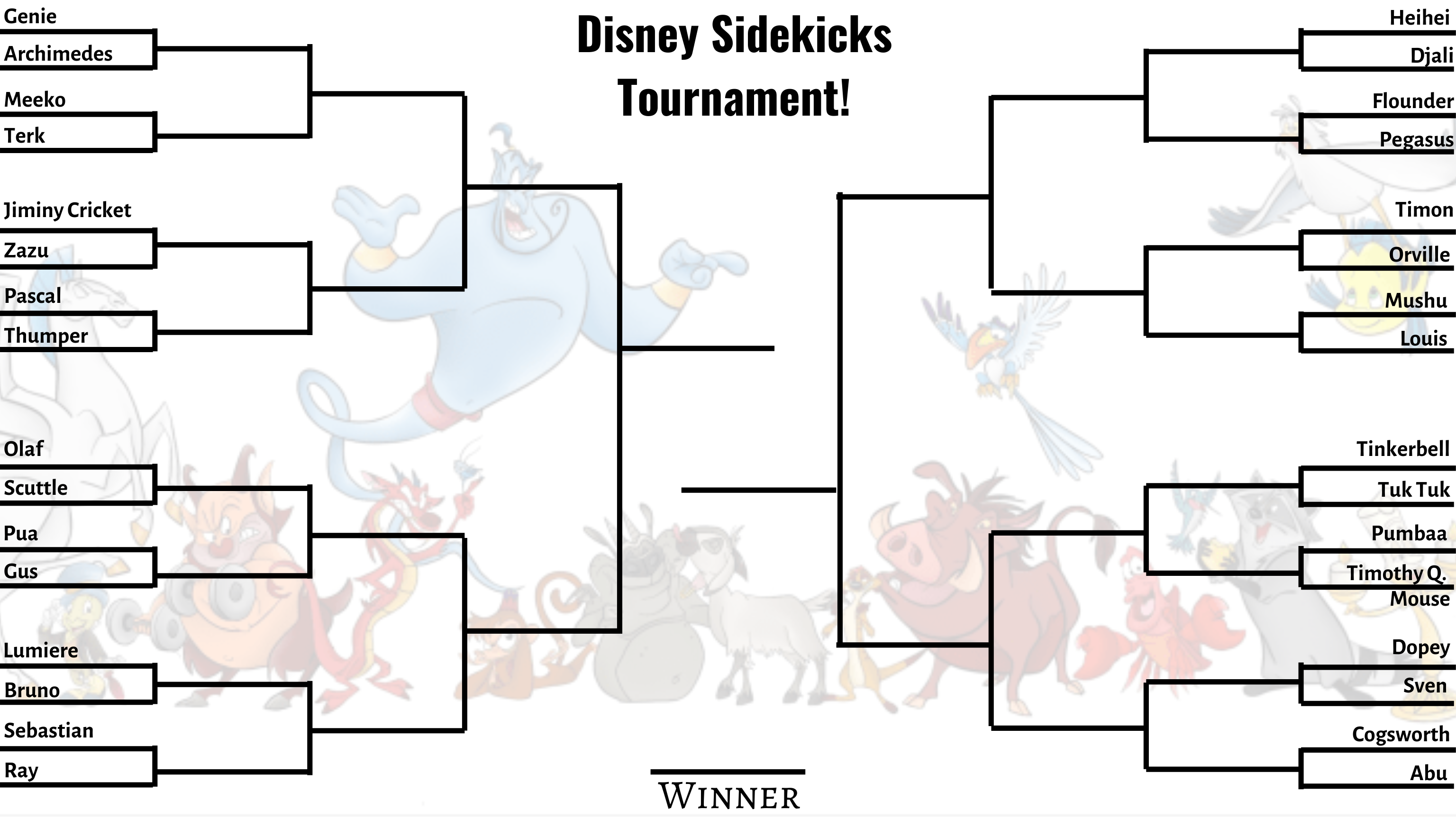 Vote for your favorite Disney sidekick:

Which Disney sidekick are you rooting for from the first round?