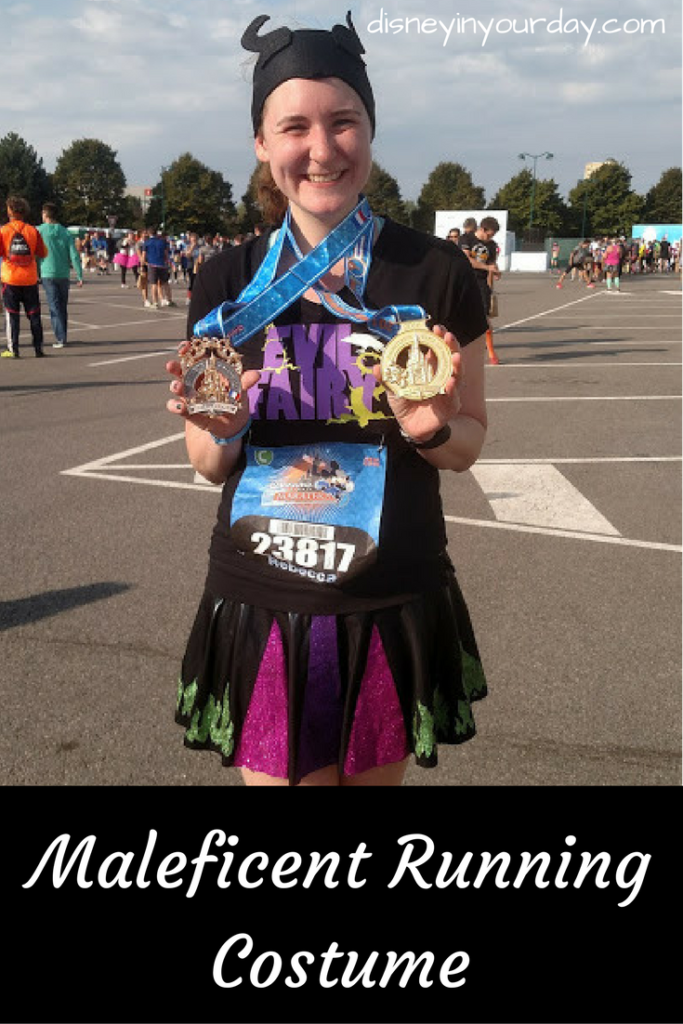 I love planning costumes for RunDisney events.  I’m not much of a sewer but I make a few items or put costumes together based on things I already have and stuff I find.  For the Disneyland Paris half marathon I put some thought into who I wanted to run as.  I definitely wanted to do a non-princess since I like to save the princess characters for the Princess half.  I also wanted to do something from a movie set in France.  After some thought I picked my first villain – Maleficent from Sleeping Beauty! 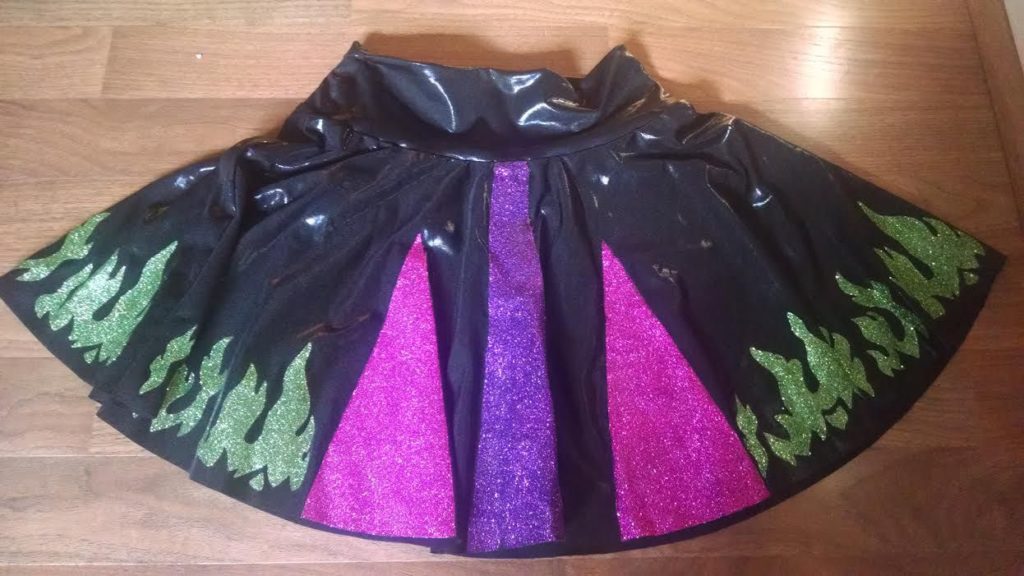 I actually already had a Maleficent skirt from Etsy seller Run Princess Run.  It’s a gorgeous skirt with lots of glitter detail and the perfect colors to represent Maleficent.  I like the fact that they style of this skirt is different from a lot of the other costumes you see at RunDisney events.  It’s not one of the sequin glitter skirts and it’s not a tutu either.  It was very comfy with a pair of running shorts underneath! 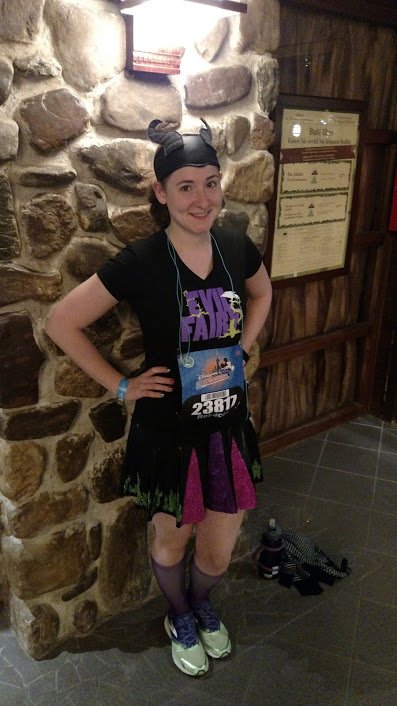 For my shirt I went with a favorite, Raw Threads.  They make cute character shirts and their shirts are so comfortable that if they have a shirt for a character I’m doing I usually just go with that.  Their Maleficent shirt says “Evil Fairy” on the front and has a cool design on the back too.  I managed to grab it during one of their sales which was really nice as well, since their stuff can be a bit pricey. 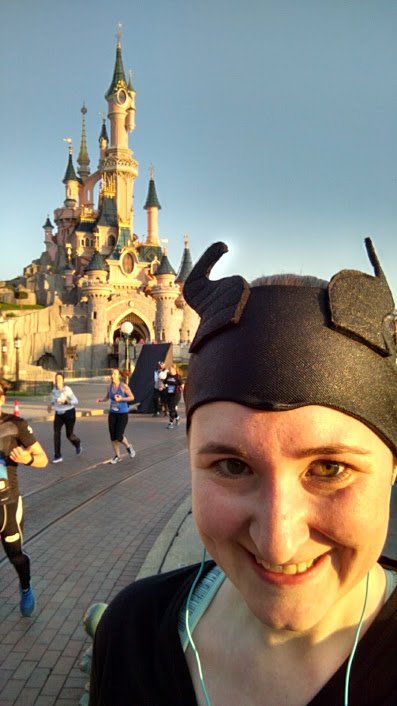 Of course, what really makes the Maleficent look is the horns!  I managed to find an affordable but comfortable headband with small Maleficent horns sewn in from Etsy shop Chicky Bands.  She really has the best running headbands and I’m hoping to get more from her for future costumes!  This headband was just perfect.  It was so comfortable, a wider one (which I prefer) and nailed the look.  I got a lot of compliments on it.  It was also so much easier to run in than a couple of other Maleficent costumes I saw, which had the huge horn hats that you can buy in the parks. 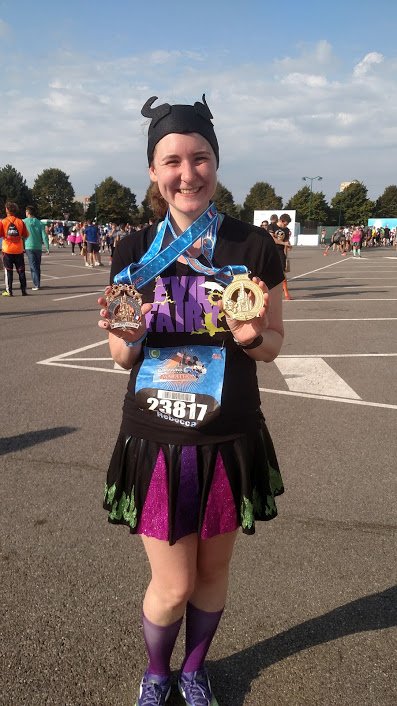 My finishing touches were basically just my sock and sneakers!  I went with my purple compression socks (reused from my Esmeralda costume!).  I was also very lucky that my current running sneakers happened to be green and purple and match my running costume quite well.  Totally not why I bought them…

What do you think of my Maleficent running costume?  What other characters should I do in the future?