You are here: Home / Uncategorized / How to make a Moana running costume 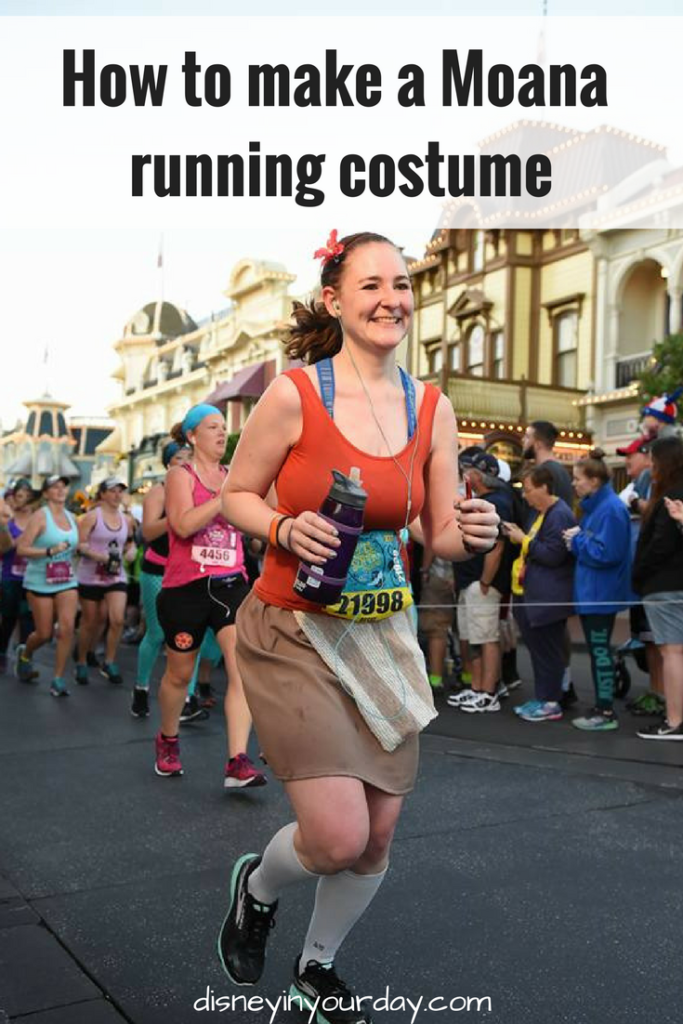 Is Moana considered a princess?  Well, I don’t know what you think, but I believe she is.  She may not have the official princess title, but she’s the daughter of the village chief so she’s as much one as Pocahontas.  She’s also strong, independent, and fun, which is why I chose to do a Moana costume for the Princess half marathon!

Because the movie is still pretty new, there wasn’t as much inspiration when I was planning my costume.  That was okay though, because I like the opportunity to get creative and come up with something fun on my own!  There were a few different parts that went into making my Moana costume, and I’m happy to share them with you: 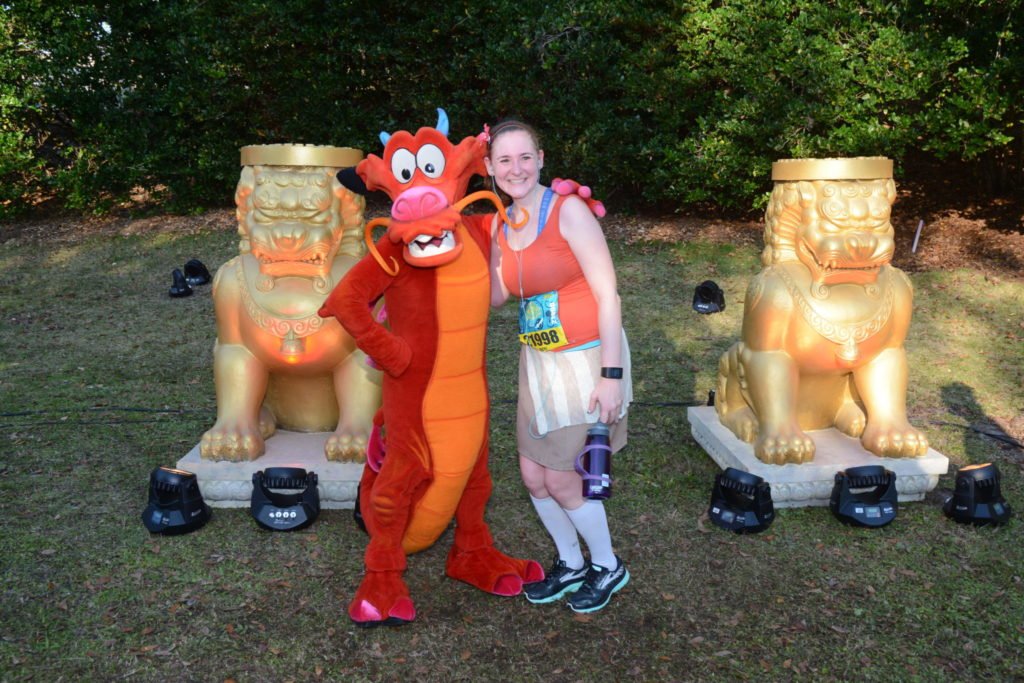 I used the same video tutorial that I had for my Megara costume to sew the skirt.  My wonderful husband Jason finally helped me fix my sewing machine so it’s been fun doing more to make my own costumes!  I picked a plain tan fabric for the bottom layer and made it using the tutorial.  I then did a different striped fabric on top, with a little less fabric used so that it didn’t completely cover the tan layer.  It wasn’t the exact same pattern as Moana’s skirt, but it was pretty close and I think you could tell what it was supposed to be!  Though I didn’t, you could also paint yellow flowers onto the skirt using fabric paint. 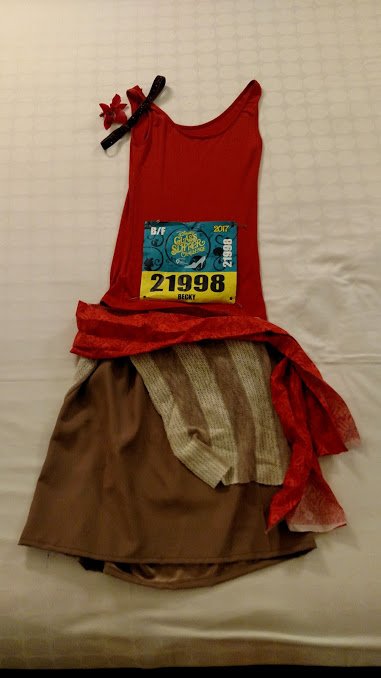 I got bits of a fun orange patterned fabric to make the sash.  I didn’t do anything too fancy with this – just sewed them together into a long strip that I could then tie around my waist.  However, once I got my costume on to actually run, I decided to ditch the sash.  It felt too bulky to me and made it hard for my to access my running belt.  If you do an armband or something like that it might work better for you.  pins. 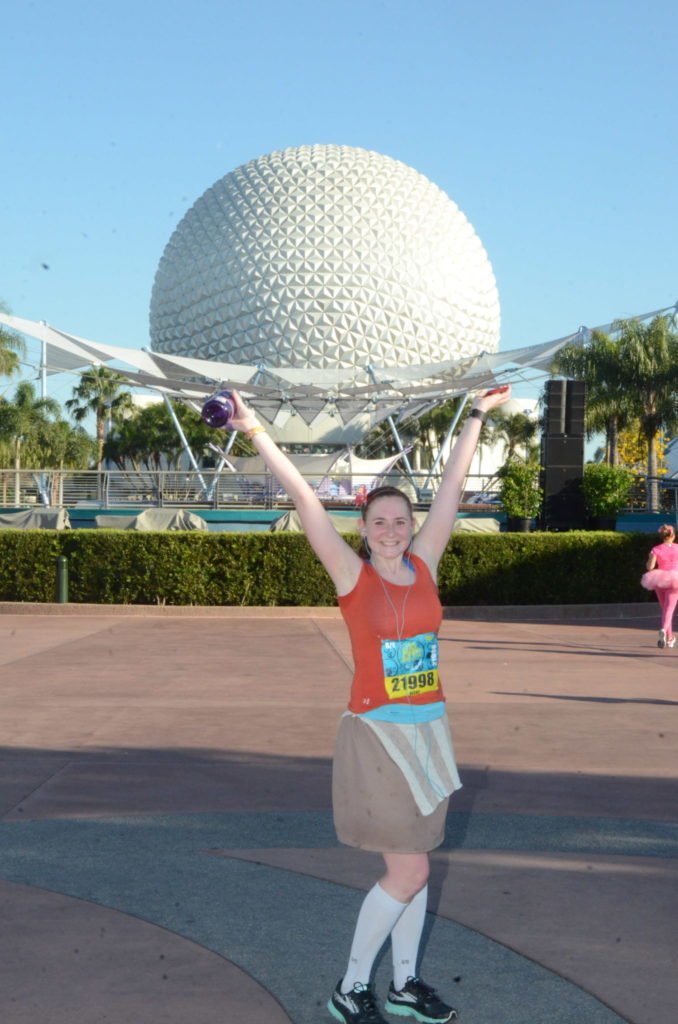 Though I could have tried to make a top with more of a design like Moana’s had, I went with a plain orange tank in the closest color I could find to what Moana wore.  And even though she may be in a strapless top, for running I knew I definitely needed those tank top straps! 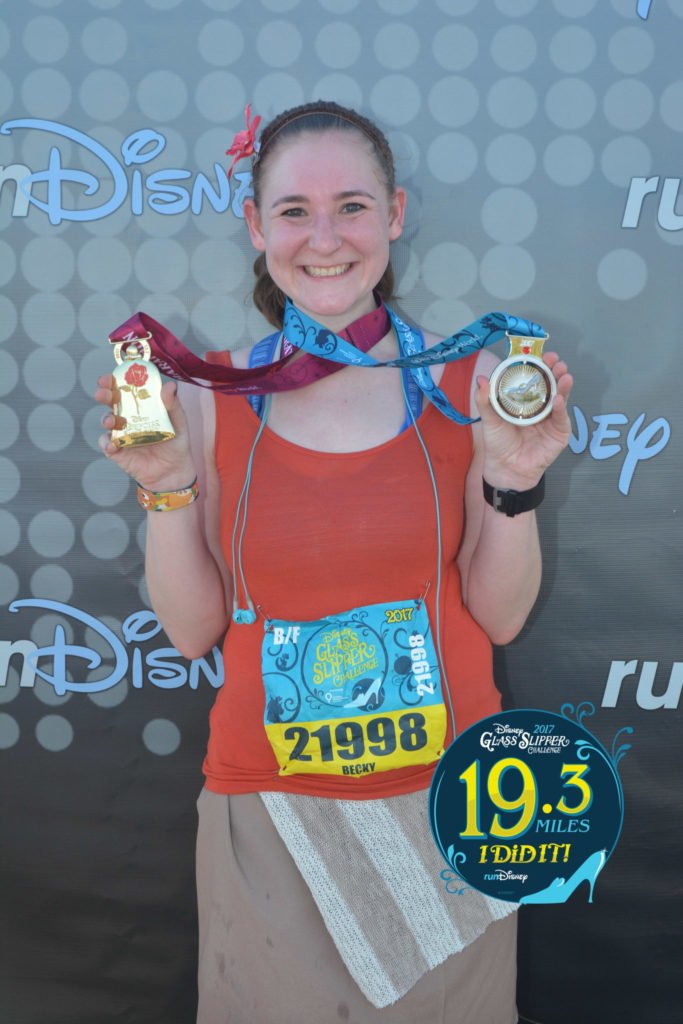 To make the whole thing come together and feel a little more tropical, I put a pink flower in my hair that I already happened to have from a previous murder mystery costume.  It’s a simple one from Amazon with a clip attached so you can easily put it in your hair or attach it to a running headband.

How did you think I did with my Moana running costume?  Any ideas for future costumes?  I’ve hit on a lot already!