You are here: Home / Fashion and Clothes / How to make a Fairy Godmother running costume 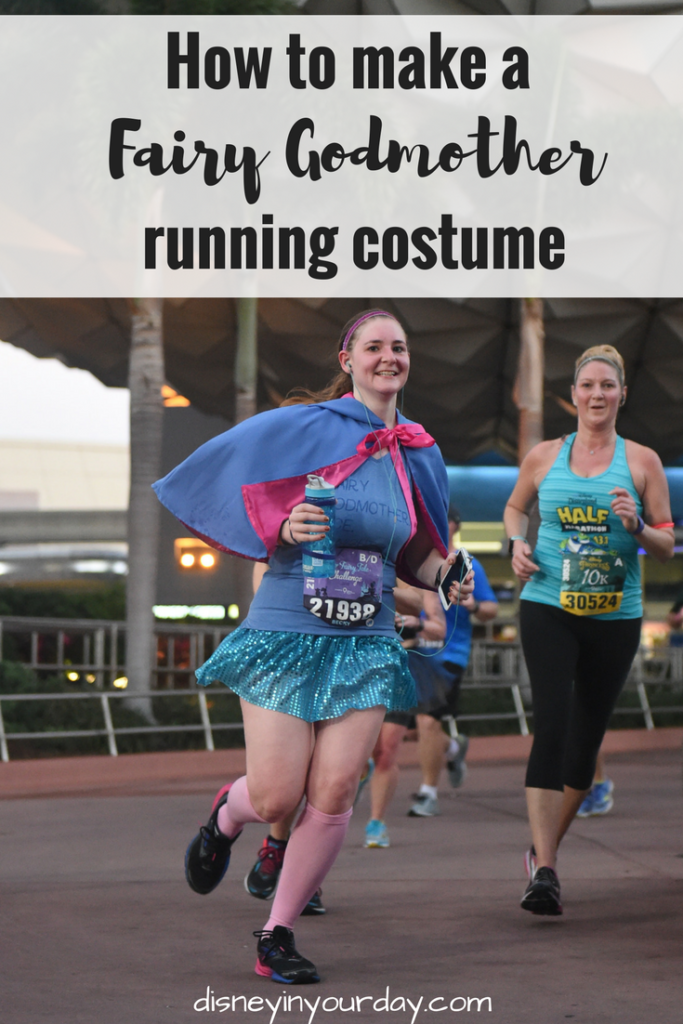 For the first time in a Princess race, I didn’t run as a princess! Because I was traveling with a group of people, many of whom were also running, we decided to do a group costume. After much debate over which movie to do and what characters everyone would be, we finally settled on Cinderella.  And I decided to go with the Fairy Godmother! We also had Cinderella, the two stepsisters, and Jaq. 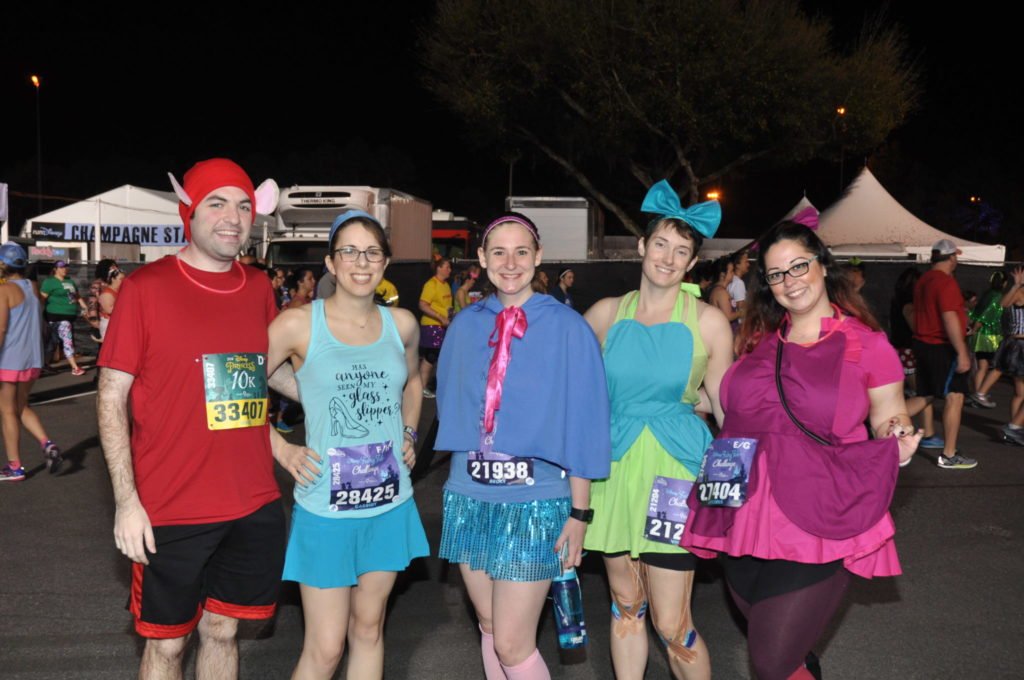 Sometimes I will actually make my own running costumes – as in sew them myself.  I’m not super skilled but I can do basic things like skirts. In this case I knew the cape would probably be a little challenging for me so I decided to order one.  This costume was more pieces that I assembled and put together to create my full look, rather than anything I actually handmade myself. 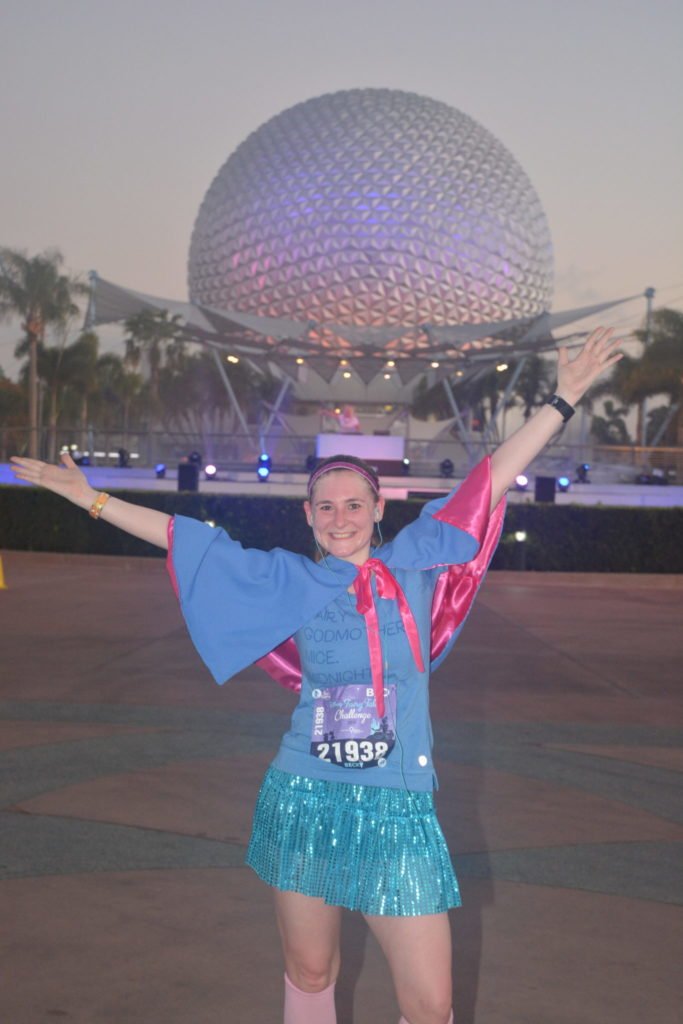 I knew the most important part of my costume was the cape. I wanted it to look good and capture the essence of the Fairy Godmother, but I also wanted it to be comfortable to run in, and affordable.  After searching Etsy I found this one from Lover Dovers clothing. It’s not actually intended for running (it’s part of an apron set), but it looked the way I wanted it to and looked easy enough to run in. And it wasn’t crazy expensive either! I got just the cape, not the apron. It’s very pretty and well made. I took it for a training run to be sure it wouldn’t be too uncomfortable, and it actually stayed put and worked for me! 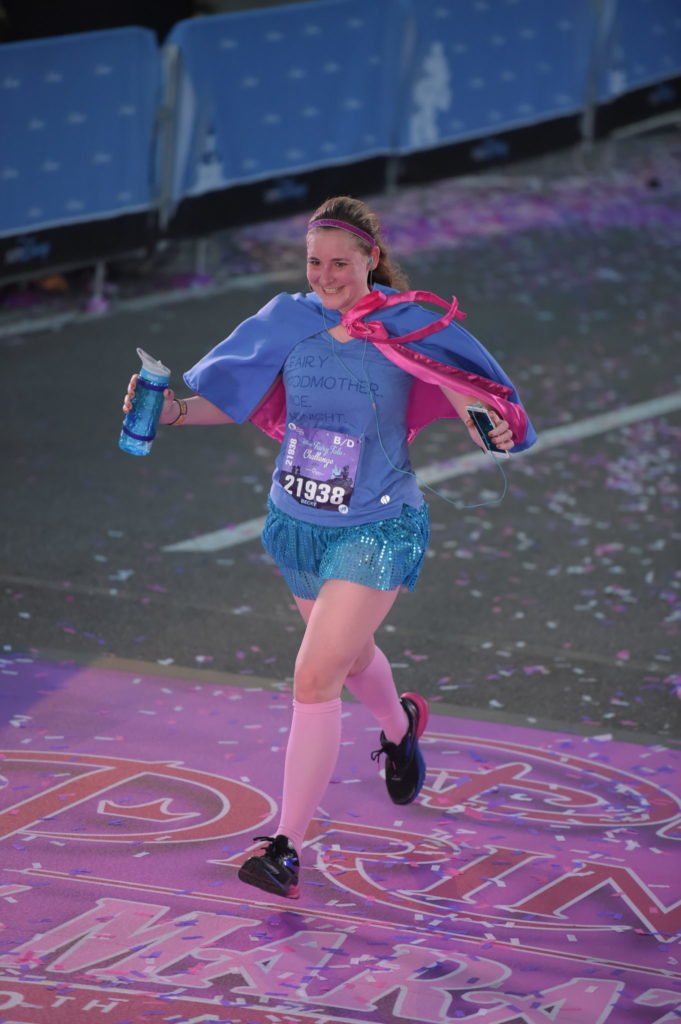 I knew my shirt wouldn’t matter that much since it would be mostly under the cape, but I still wanted something to go with the theme. I turned to my favorite running shirt company, Raw Threads, and found this Cinderella inspired shirt that said “Fairy Godmother. Mice. Midnight.” Perfect! It was blue and actually showed up well in some of my photos so I was very happy with it.

If I don’t need a specific style of skirt and I’m just looking for a color to go with my outfit, I always get a Glitter Skirt. I went with the Tempting Turquoise, though it wasn’t exactly the right shade of blue.  I couldn’t really find a closer color even on other websites, so I just went with this one and I think it was fine.  Use code “BECKY” for 20% off your order with Glitter Skirts! 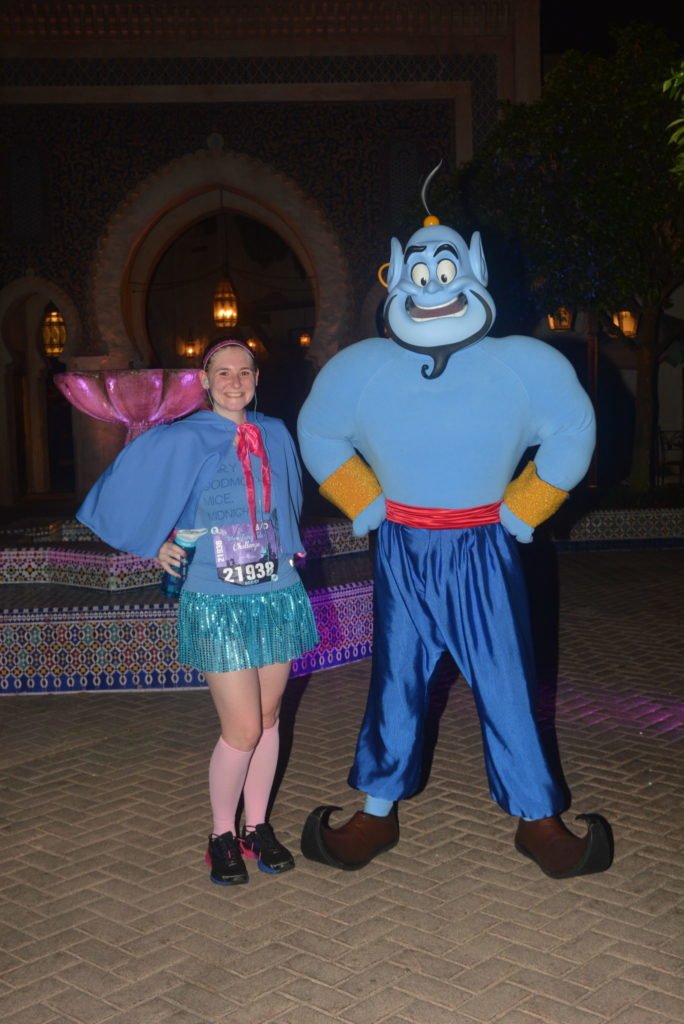 Though the costume is mostly blue, I did add some pink accents to it.  I used my favorite brand of running headband, Sparkly Soul, in one of their pink colors. They’re usually at the expo as well.  And I love compression socks when I run, so I got a pink pair from Amazon.

What do you think of my Fairy Godmother running costume? Which character from Cinderella would you pick?