You are here: Home / Reviews / Guardians of the Galaxy Vol. 2 review 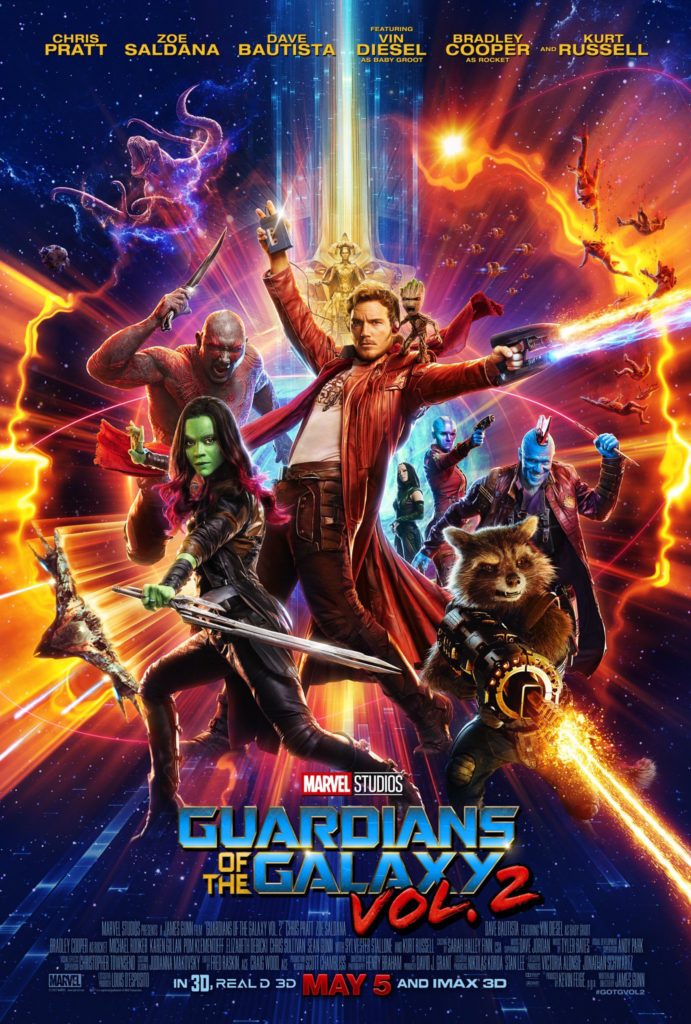 Guardians of the Galaxy Vol. 2 is the start of a pretty long list of summer movies coming out that I want to see.  I managed to catch this one last week, and then I’ll have to check out Pirates of the Caribbean, Wonder Woman, and Cars 3 all within the next month or two!  Out of all of them, Guardians of the Galaxy Vol. 2 might have been the one I was looking forward to the most, as I really enjoyed the first one.

Chris Pratt is back as Star-Lord (Peter Quill) with his motley crew of fighters.  While they engage in some typical space fighting, thievery, and battles against other alien races, at the core of this movie is really family relationships.  We learn more about his origins – particularly where he came from and his father, whom we actually meet in this installment.  And his kinda-sorta romantic interest Gamora has her own little plot line in which her relationship with her sister, whom she’s been continually at odds with, gets more complicated.

I found Vol. 2 to be very enjoyable, and an entertaining movie to watch.  I don’t think I would say that I enjoyed it as much as the original, but then how often is the sequel better than the original? (As the Muppets would say, “That’s what they do in Hollywood/And everybody knows that the sequel’s never quite as good”).  A lot of the success of the first movie was in the comedy, and this one followed suit with laughs aplenty while still creating some emotionally moving moments and relationships between characters. 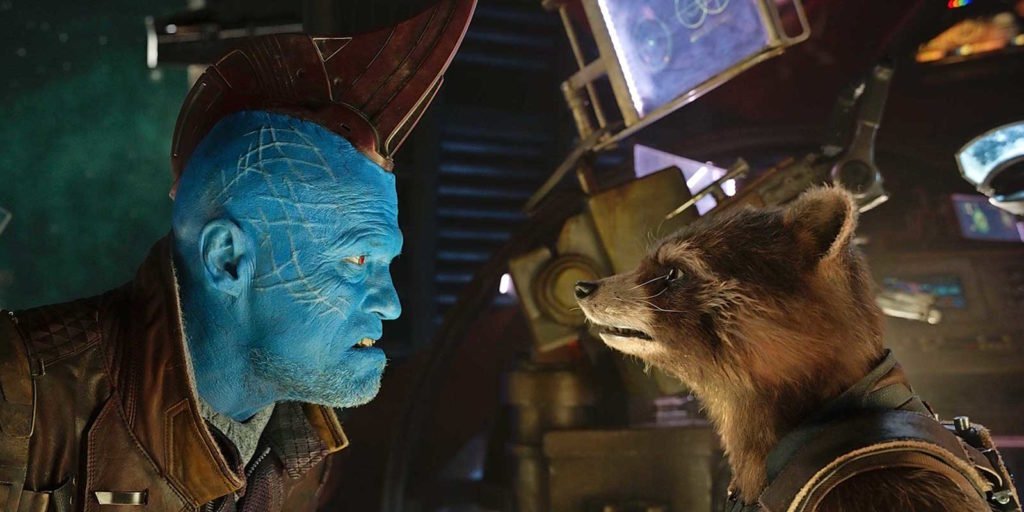 Perhaps the only thing that feels a bit off in this film is the more conventional attempts at creating a superhero movie.  At times we are introduced to a golden alien race who is after Star-Lord and his friends after Rocket “the raccoon” steals from them.  The space chases just feel almost secondary to me between the other much more captivating plots.  I’d rather focus on Peter’s attempts to build a relationship with his true father, or the struggles of Yondu (Peter’s adopted father) as his crew mutinies on him.  Also, these gold people apparently pride themselves on being created genetically perfect, yet (not surprisingly) they of course cannot catch up with or defeat the Guardians.  It felt to me like I was saying “okay enough with the gold people, get back to the interesting stuff!” 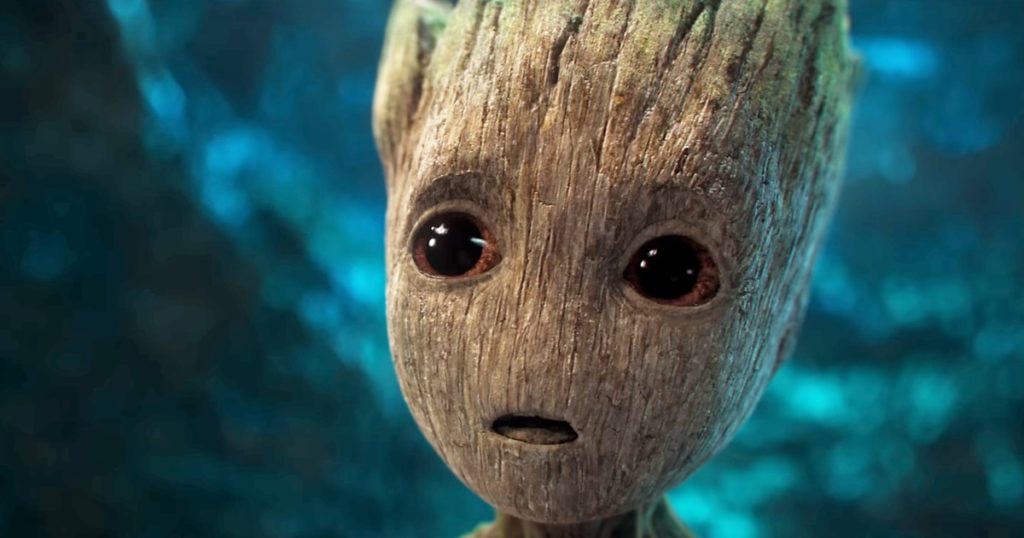 Drax is still hilarious, with his brutal honesty and perfect one-liners.  But the best part of this film that the original didn’t have is BABY GROOT.  He is pretty much the cutest thing ever.  Those big groot eyes are adorable, and his attempts to help out the team also end up to be pretty hilarious as he has the focus and intelligence of about a 5 year old.  I’ll admit it, I’m in love with Baby Groot.

I was happy to find that Guardians of the Galaxy Vol. 2 was just as entertaining as the original.  I wouldn’t call it brilliant or a work of art, but it makes for a very enjoyable evening at the movies with lots of laughs and many fun moments.

Have you seen Guardians of the Galaxy Vol. 2?  What did you think of it?