You are here: Home / Disney Movies and TV / Frozen 2 review 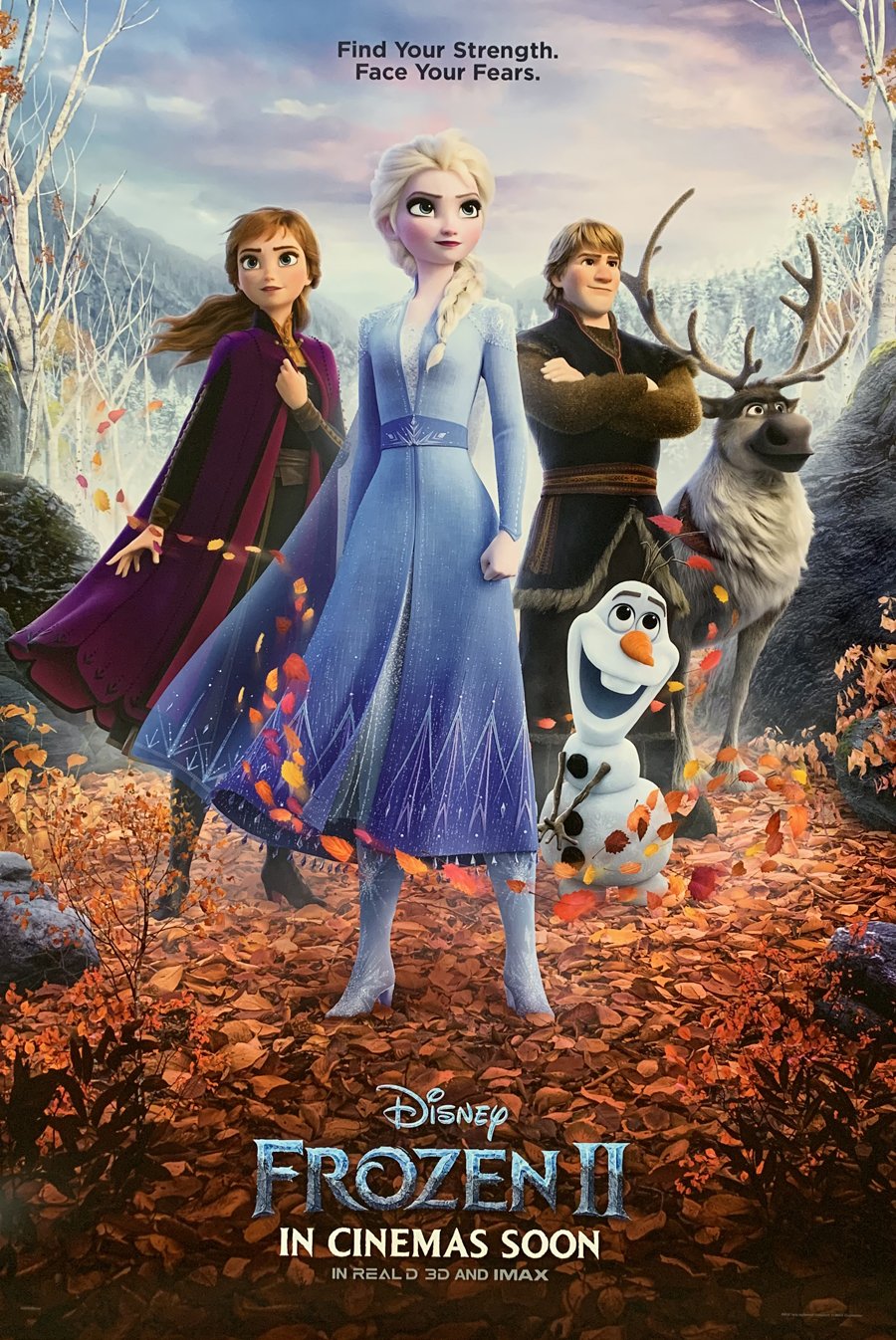 When I shared that I had seen Frozen 2, the first question everyone asked me is simply “How was it?” Obviously that’s a pretty involved question but I’ll start this review by saying that my answer to that question has been “It wasn’t as good as the first one, but it was an enjoyable movie.” It might be trying a little too hard to live up to its own hype, but it still delivers a lot.

And it was going to be hard to top the first one, right? I’ve said it before and I’ll say it again – The Muppets got it right when they sang about sequels in The Muppets Most Wanted, stating that “everybody knows that the sequel’s never quite as good.”

I’m going to keep this review light on the spoilers and just try to provide a basic synopsis. We learn a bit about the history of Anna and Elsa’s parents as part of a flashback to when they were younger. In the present, Elsa hears a mysterious voice calling to her and after some advice from the trolls she decides to pursue it. Of course Anna won’t let her do this alone! So Anna, Elsa, Kristoff, Sven, and Olaf all set off an an adventure towards the Enchanted Forest. 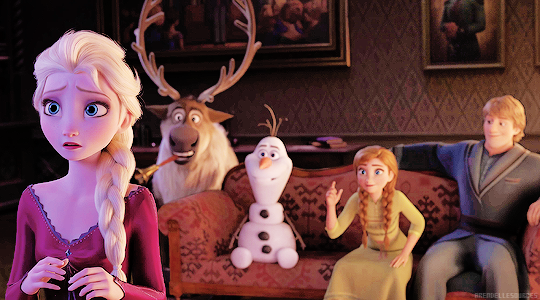 There is a story about the 4 elements (air, earth, water, and fire) and a fifth element that ties them all together – and Elsa thinks this 5th element may be what is calling to her. I found the story about the elements and the people they meet in the enchanted forest (and their past) to be really interesting. However, I almost feel like the story would have been better with brand new characters as its own film. There were times where it felt like they had this idea and the characters of Elsa and Anna were forced into it rather than it occurring naturally with them. The plot could pretty much have been done without being “Frozen” at all.

One other interesting note about the plot is that there is no real villain in the story (arguably there kind of is but there’s no real “big bad” the way you typically might have in a Disney movie). So it creates a different sort of feel to the movie. It’s much more about relationships, internal struggle, growing up, etc. 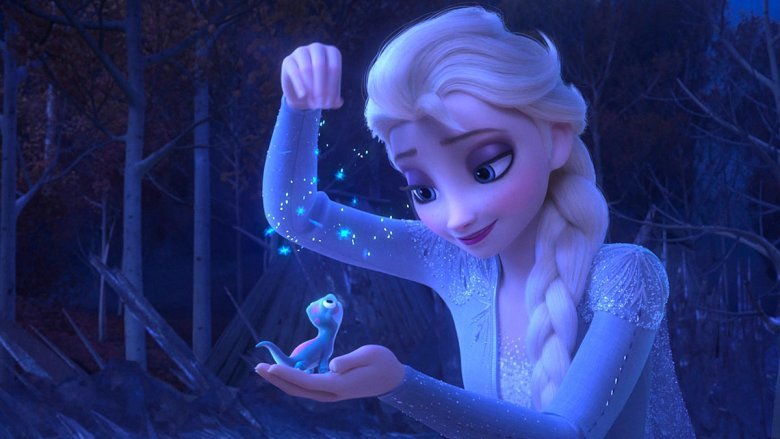 The film is visually beautiful. The fall backdrop for a portion of it is stunning with the orange leaves swirling around. And of course there is plenty of beautiful ice and snow too. Anna and Elsa each have a few new dresses this time around and I love them. Did Disney purposely spend a lot of time designing the costumes and giving them multiple looks so they could sell a million little princess dresses? Probably, but it’s worth it because it is a really nice part of the film. I’m already planning to put together a Disney Bound of one of Elsa’s new outfits.

I found the soundtrack to be good, but not quite up to the first one. My hopes were really high since they had written additional songs for the Broadway musical which I loved. The music is good but of course creating another “Let it Go” is like trying to catch lightning in a bottle. I felt like some of the songs were trying too hard and there wasn’t enough just simple or catchy music. The strongest song is definitely “Into the Unknown,” which I’ve been singing a bit, but the melodies of the other songs haven’t stuck with me.

I also found the movie to be really funny, especially where it gently pokes fun at itself. The scene in the beginning when they are playing charades really had me laughing, and Olaf recapping the events of the first movie is hilarious. So lots of laughs throughout. One of the best moments is probably Kristoff’s song (he finally gets one!) called “Lost in the Woods.” It is a hilarious sort of spoof on 80’s pop music and music videos.

Olaf is having a sort of weird existential crisis in this one. I almost feel like it was done to directly appeal to millennials. Especially with his song “When I am Older,” he sings the lyrics “When I’m more mature /
I’ll feel totally secure”. The kids might not find it funny but we are laughing ironically at that one.

I don’t think any of my qualms with this movie are going to affect kids who loved the first Frozen – I strongly suspect they will love this one just as much.  As for adults, I think most Disney fans will enjoy it and it will be worth seeing (unless you really hated the first Frozen). It’s not going to be hitting my top 10 (or even top 20) of animated Disney movies but it’s still a fun time without any super major issues.

Have you seen Frozen 2? What did you think of it?