You are here: Home / Disney World / Epcot International Festival of the Arts 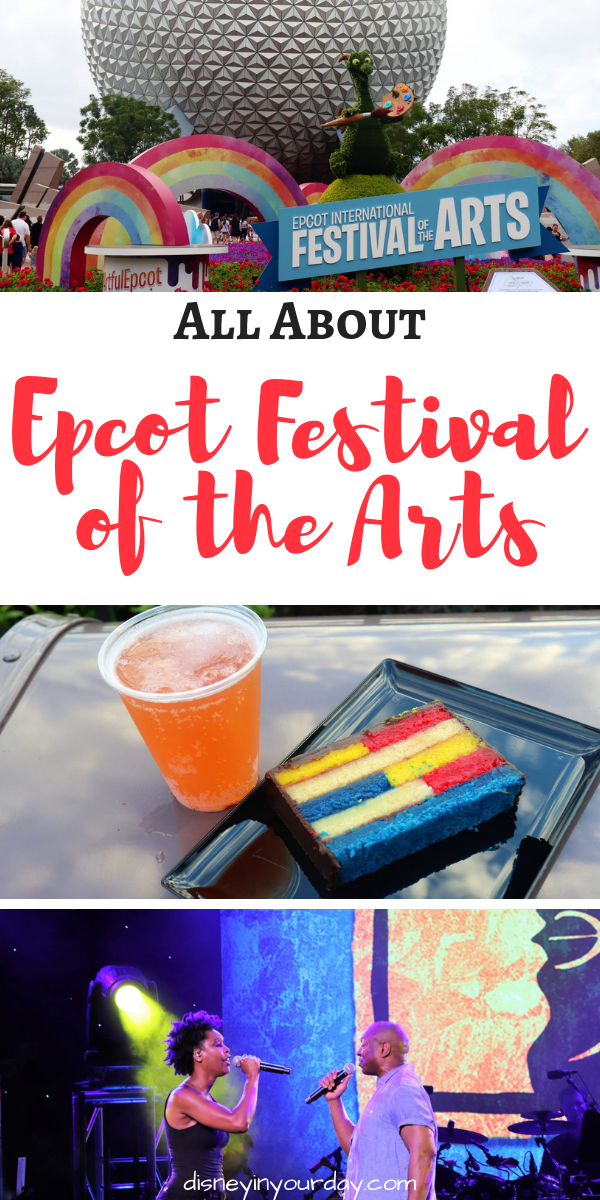 Okay, so I know I might have missed the boat a little bit on the best time to post this, since Festival of the Arts is over and we’re well into Flower and Garden season. But it was such a neat experience I’m hoping you’ll be interested to read about it anyway – and I’m sure many of the same things will be back for 2020! 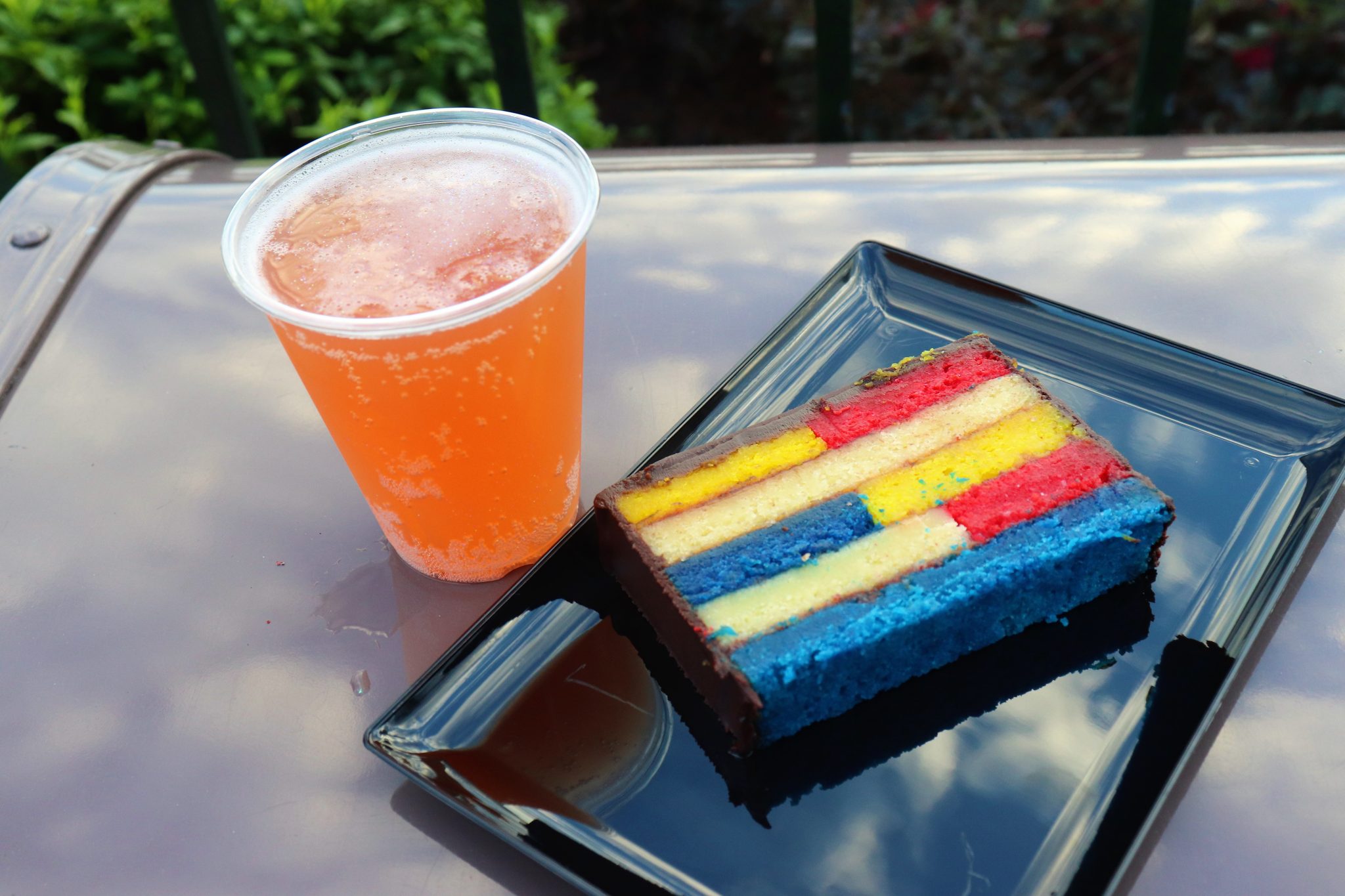 What’s an Epcot festival without food booths? There were lots of great options for the International Festival of the Arts, and even though we were only there one day we did our best to try as many of them as we could throughout the day. One of the things about the food at Festival of the Arts is that they are trying to stick to the theme and the food is a lot more artistic. The presentation is pretty impressive on many of the items, and some of them feel like higher quality food items than what you might find at Food and Wine, believe it or not. 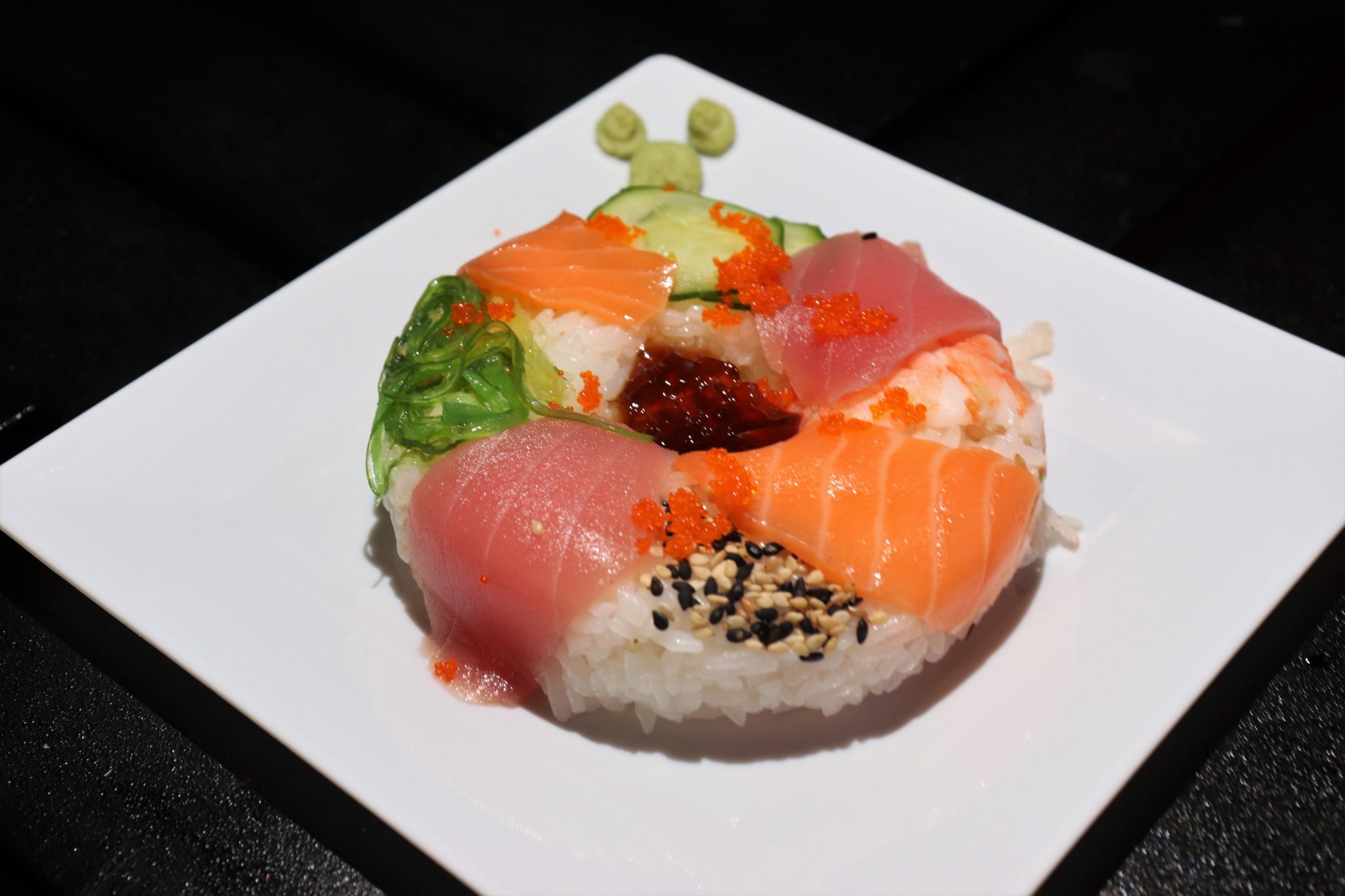 I actually plan to do a full blog post with everything we tried, but a few highlights included Pan-Seared Scallop with Chorizo, Roasted Red Pepper Coulis and a Parmesan Crisp, #RainbowSherbertGlitterDreamAle, the sushi donut, Lobster Bacon Macaroni & Cheese served in a Warm Bread Cone, and the Frosé. So if any of that sounds good, keep an eye on the blog! 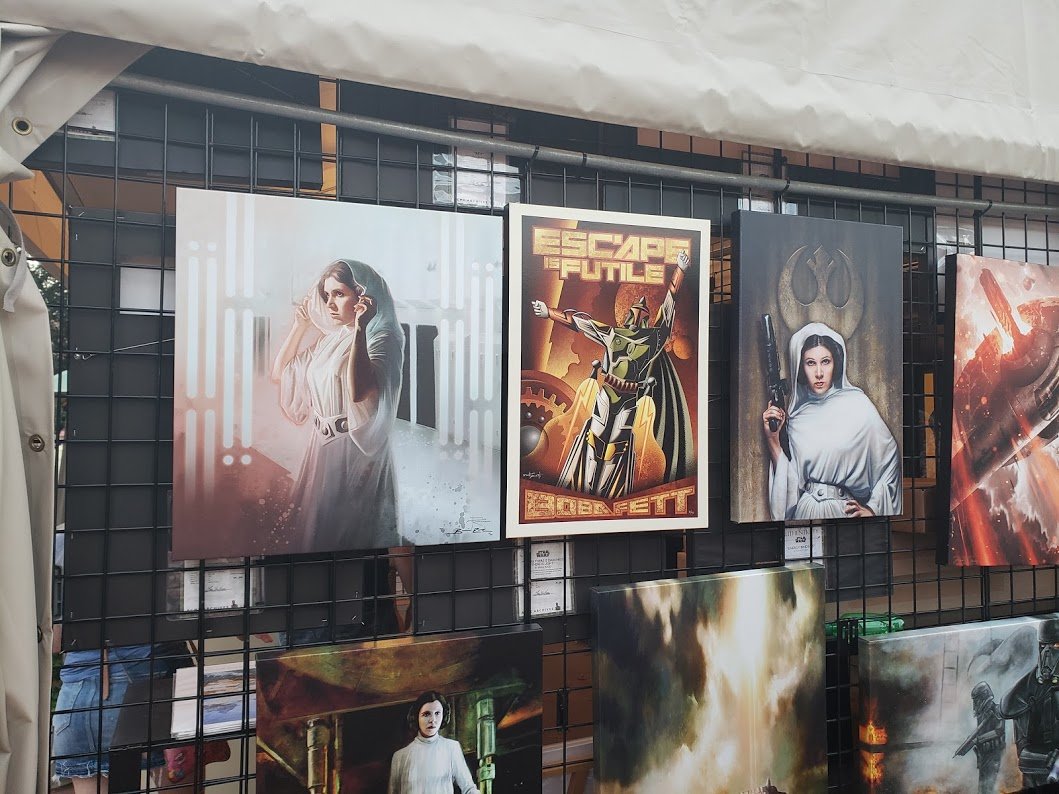 I’m glad that Disney hasn’t lost focus of the “art” part of the Festival of the Arts – while there are many different types of art, it would be easy to get carried away with the culinary arts! But there are tents set up all throughout Epcot featuring different art and artists. There are paintings and prints available for purchase – everything from original works to prints to postcard sized versions for $5. I couldn’t resist buying myself a postcard of an orange bird painting, but we also really enjoyed just walking around and looking at all of it. Most of the artwork is Disney inspired, so it’s like being in a giant Disney art museum! So many really cool things. 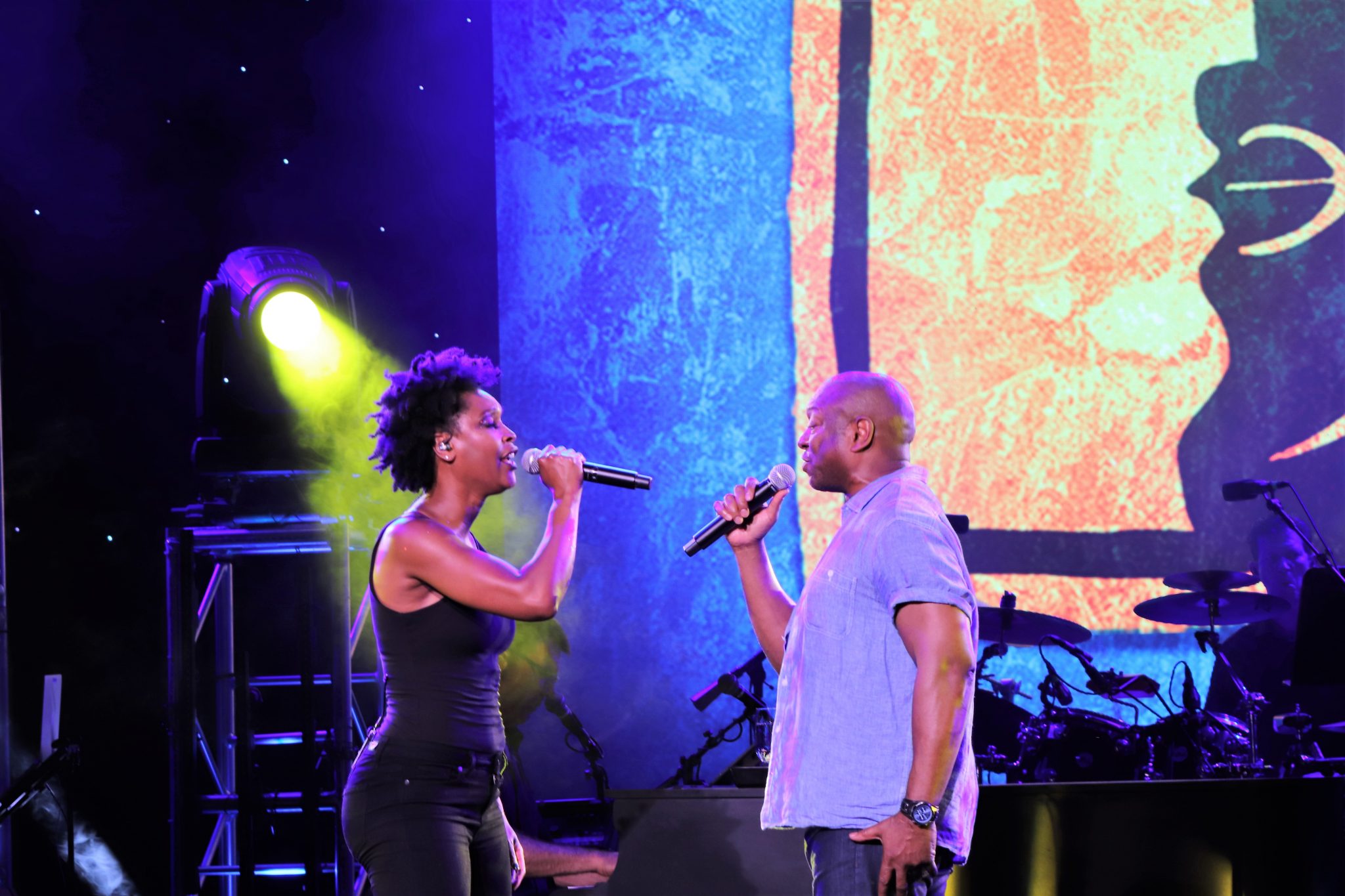 I’m a huge theater person and Broadway fan, so I was especially excited for the Disney on Broadway concert series. Throughout the festival they have different performers who were in Disney shows on Broadway – there are usually two singers, and they perform different Disney songs.

We saw Kissy Simmons and Alton Fitzgerald White, who were both in The Lion King on Broadway (Nala and Mufasa, respectively). They did songs from Hercules, the Lion King of course, and Aida – which is quite possibly my favorite musical ever, and yes, it is a Disney musical. That soundtrack often brings me to tears and hearing it live that was definitely the case. It was awesome and I just wish the concerts were longer. They do about 20 minutes. I know they do it three times a night so they want to keep it short, but I loved it. 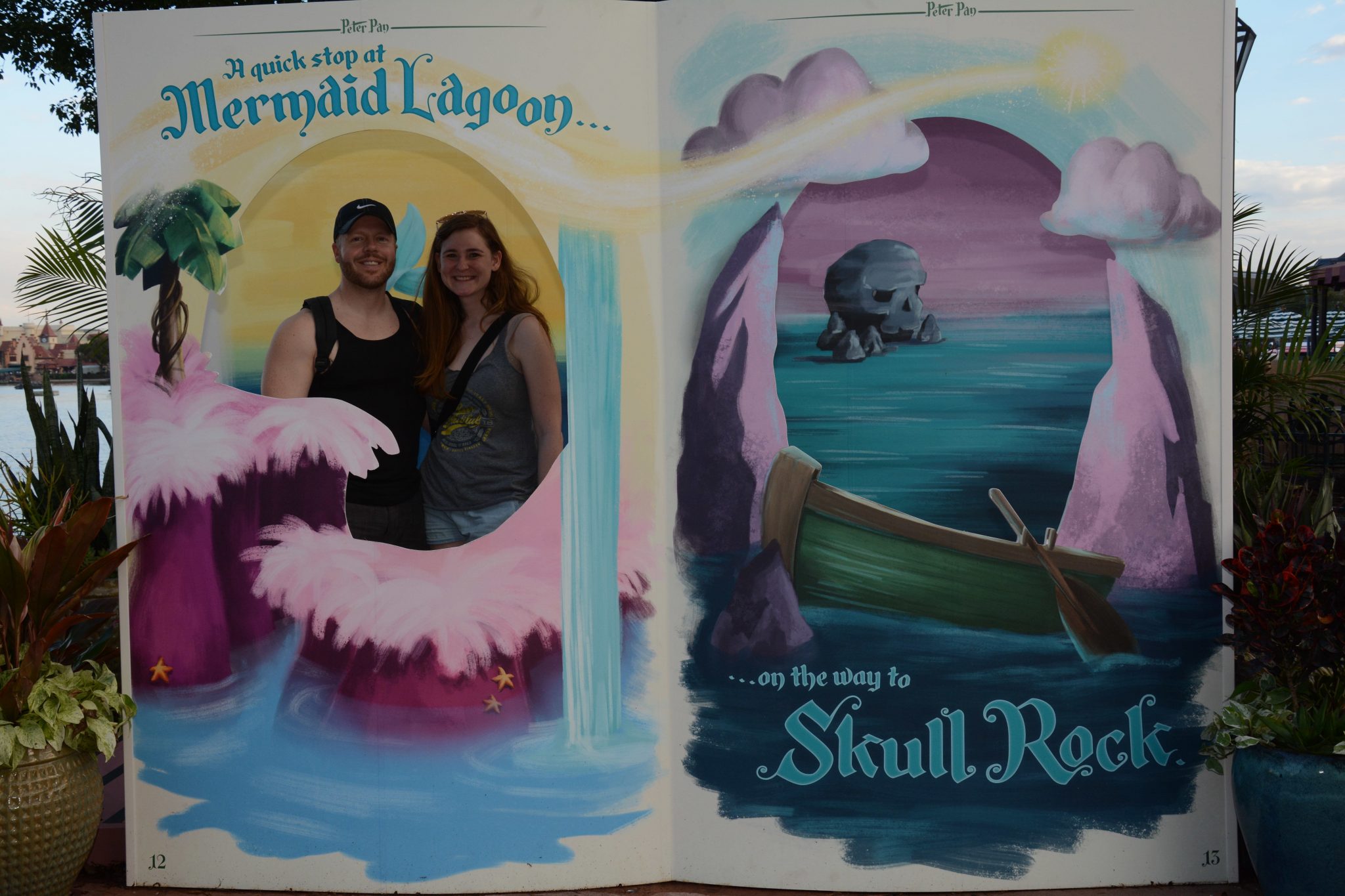 There were lots of fun photopass opportunities around the parks as well! Many of them allowed you to “step into” a famous painting such as the Scream or the Venus De Milo. There was also one in the UK which looked like the pages of a storybook out of Peter Pan which I thought was pretty cool.

You’ll find other fun activities and art things scattered around too, such as a giant paint by numbers group board and sidewalk chalk art. 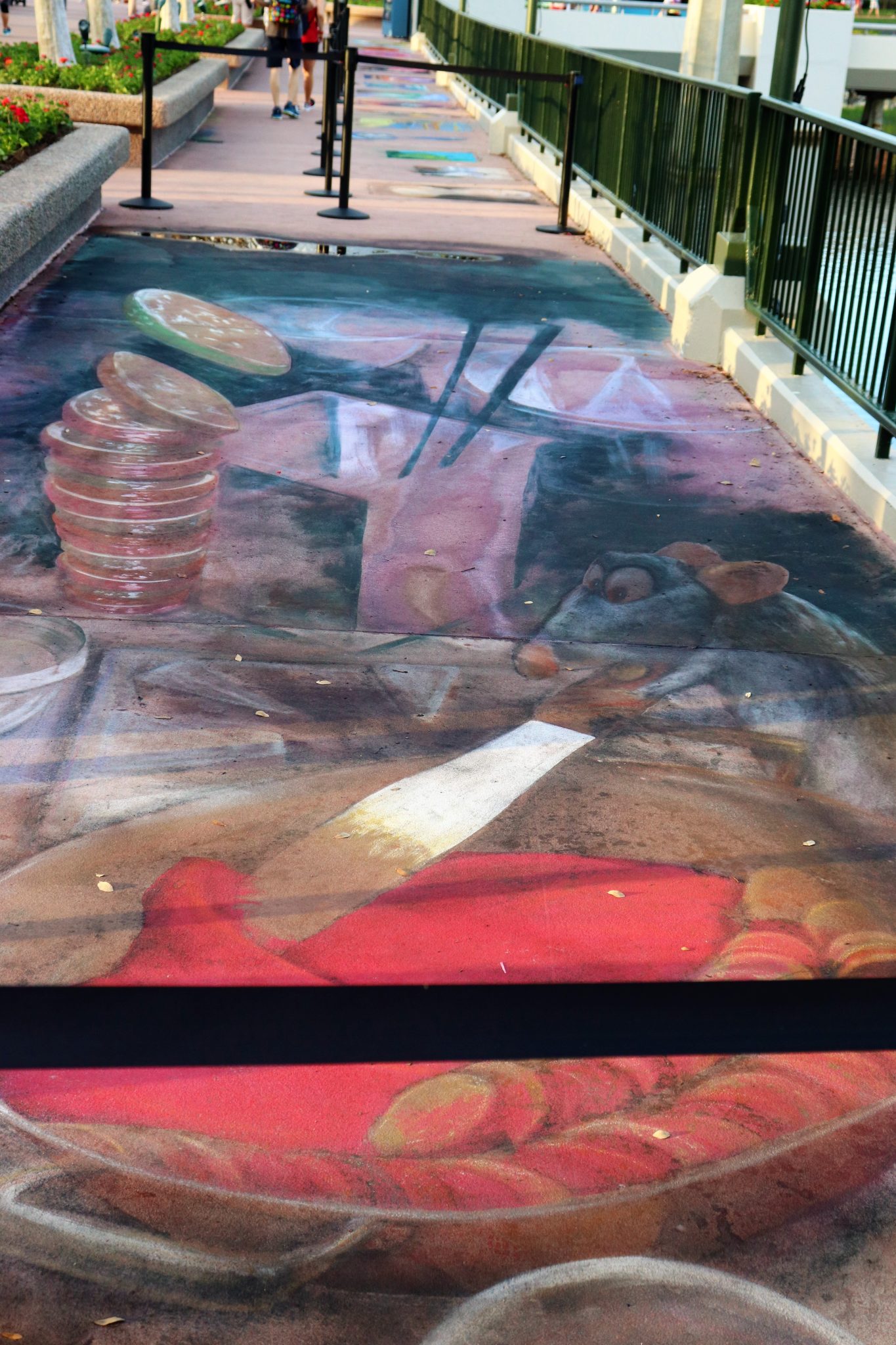 One thing we didn’t get to take advantage of, but which sounded really interesting, was a number of workshops and seminars which are offered. Some of these are free and some of them have an extra cost. Things like painting classes or crafting classes, Animation 101, etc.

I really enjoyed my time at Epcot International Festival of the Arts, and I just wish I could have spent more time there! I would love to go back someday and really enjoy more of what the festival has to offer. 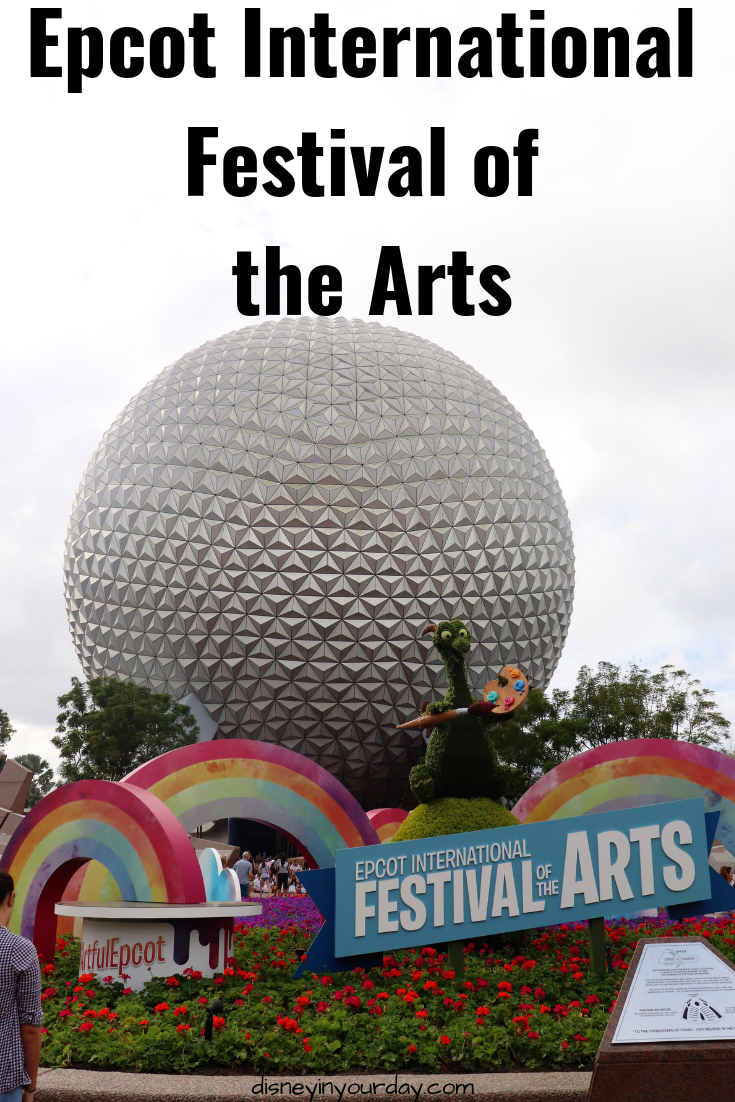 Have you been to the Epcot International Festival of the Arts? What do you think of it?