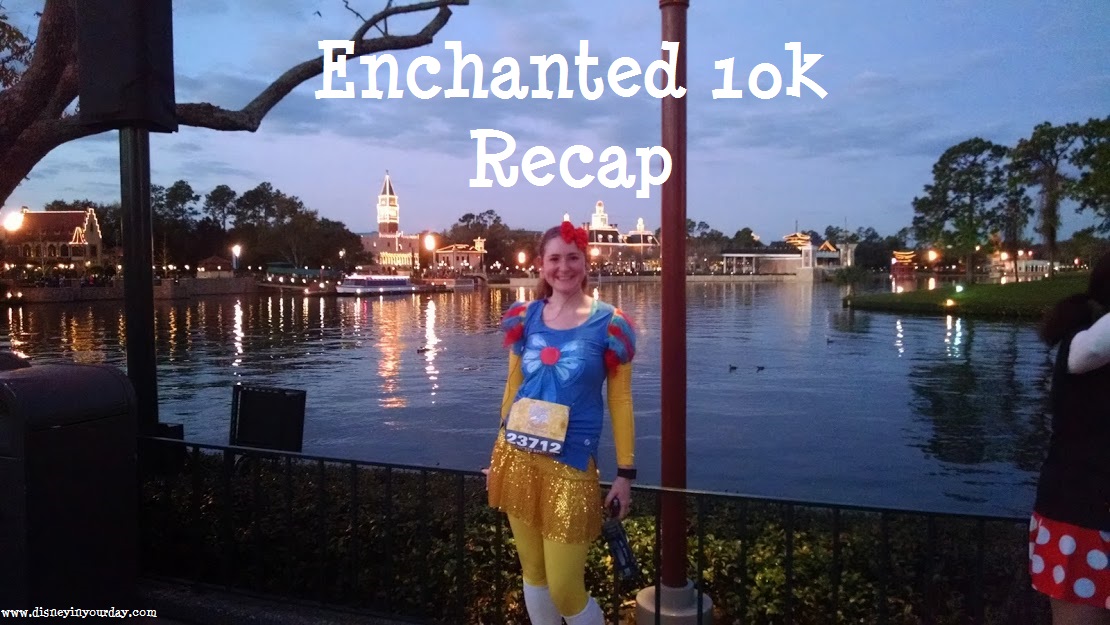 February 21st the second Enchanted 10k, and also my second time running it!  We were up bright and early, and I got into my Snow White running costume that because of the cold temperatures now had leggings and running sleeves to it. 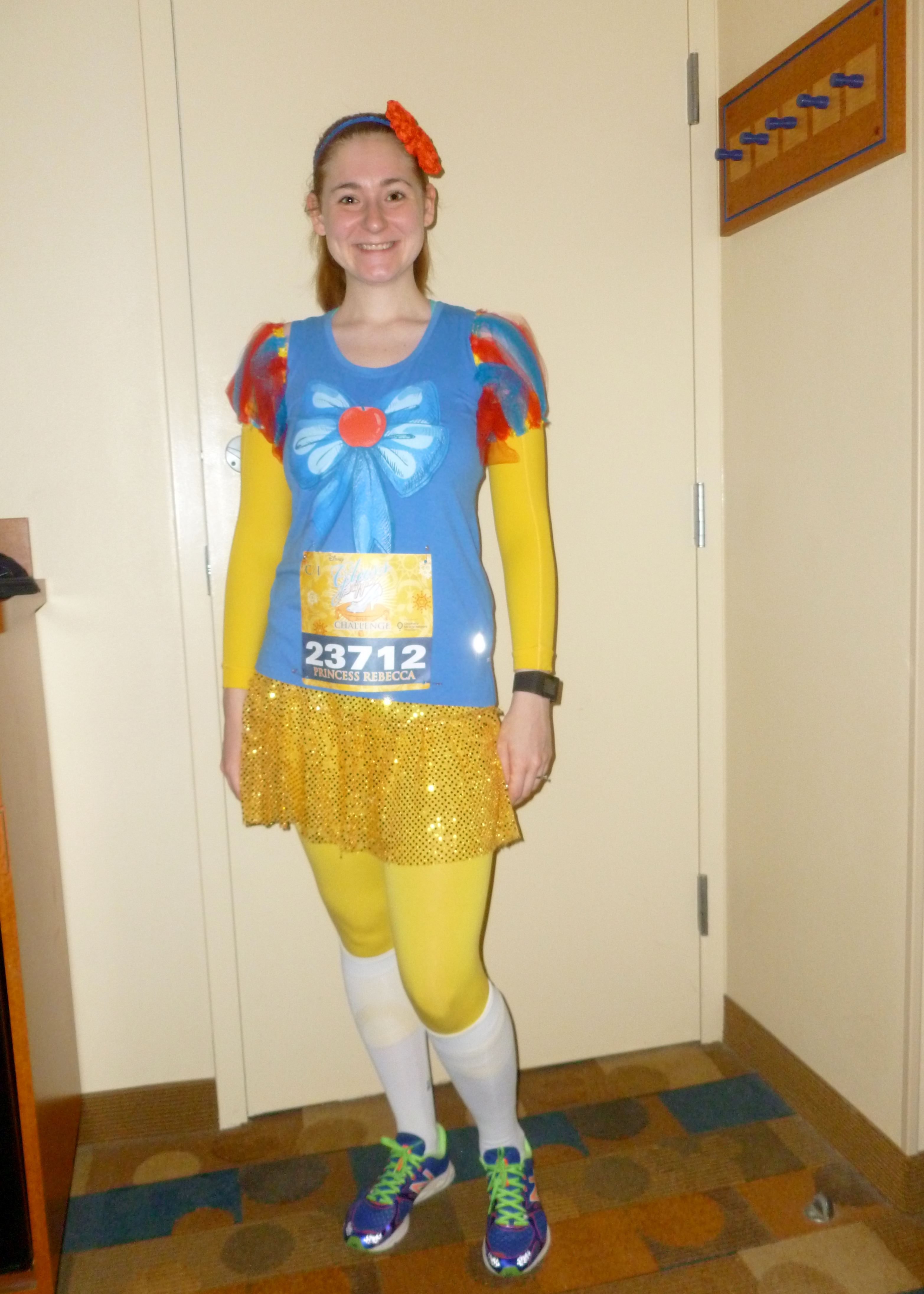 We got on the bus around 3:30, so that we could stand around in the cold for two hours.  It was only in the low forties that morning!  I had brought a throwaway sweatshirt but I was still freezing the entire time until I started running.  There were 5 corrals, A-E, and I was in C.  Last year the corrals started about 10 minutes apart, but this time it seemed to be even longer, about 12 minutes.  I started at 5:55 am.  I planned to take it easy since I was running the half marathon the next day. 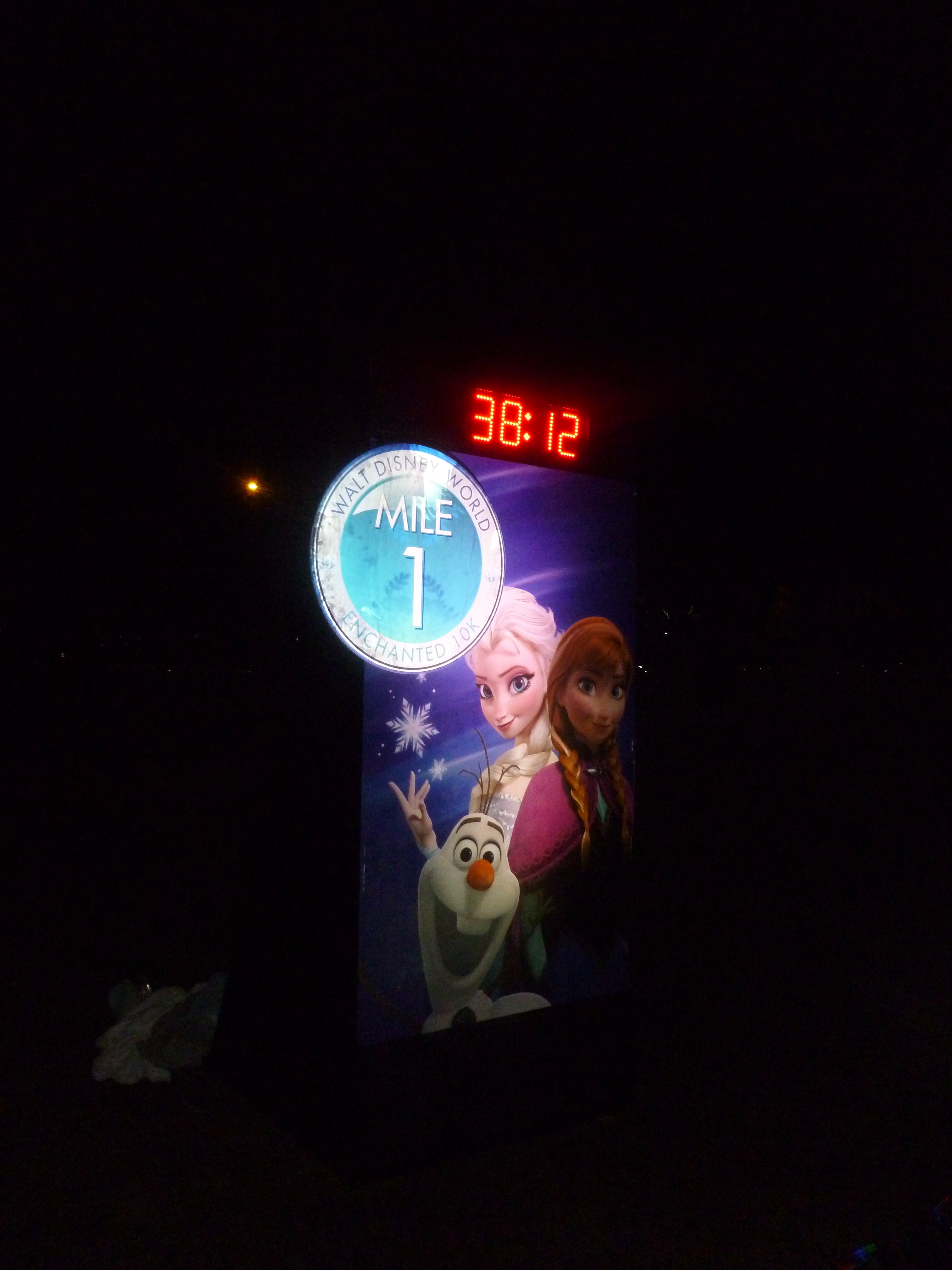 The first half of the run is definitely the less interesting part.  You run out of the Epcot parking lot and around some of the roads for the first 5k.  (Note that in the picture above the clocks all start when the first corral launches).  It also felt like there were less characters than last year.  In the first half I only saw Tinkerbell and a fairy friend.  Someone said the White Rabbit was out too but I guess I totally missed him. 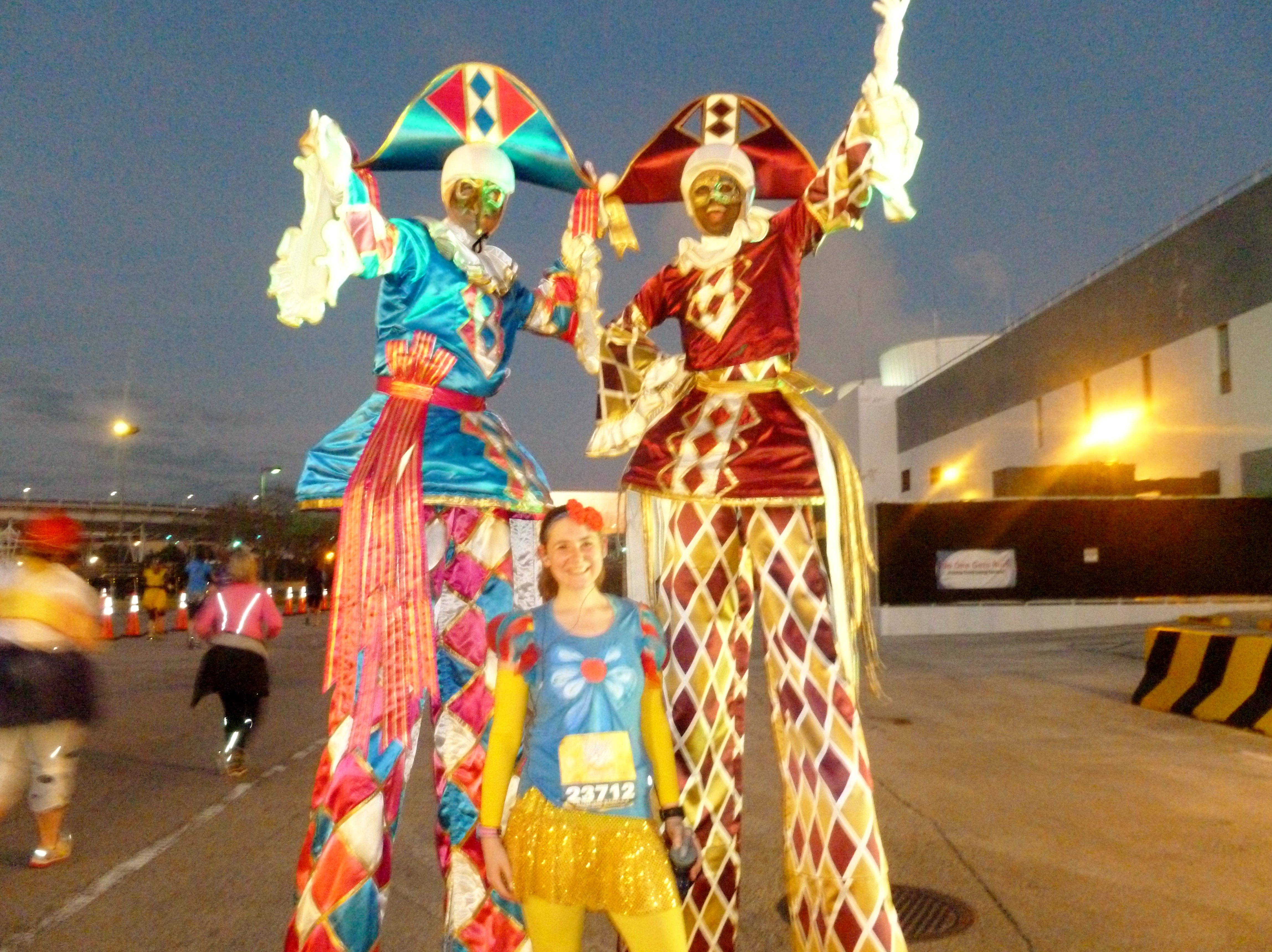 Once we got into Epcot though things got more fun!  There were these random guys on stilts and I have no idea what they are from, but there was no lines for pictures with them so I had to jump in!  You get into Epcot at the World Showcase, right between Norway and China.  At the time that I arrived the sun was starting to rise and it was just stunning. 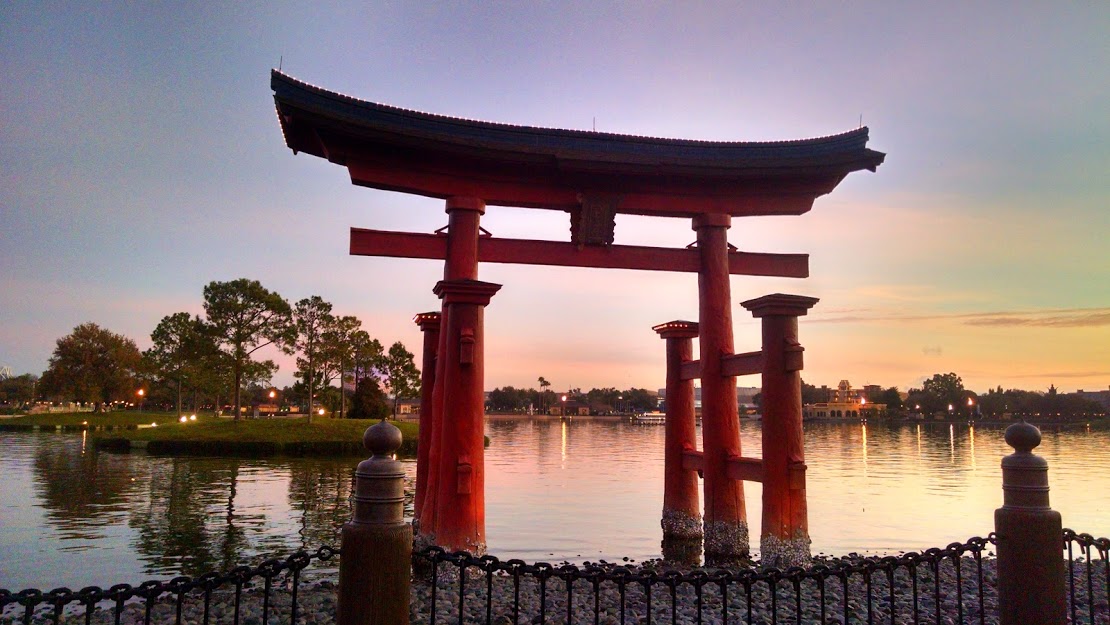 There were a couple more characters here too.  I saw Jiminy Cricket and Marie.  Again, I feel like there were more last year.  But I stopped for a picture for Jiminy! 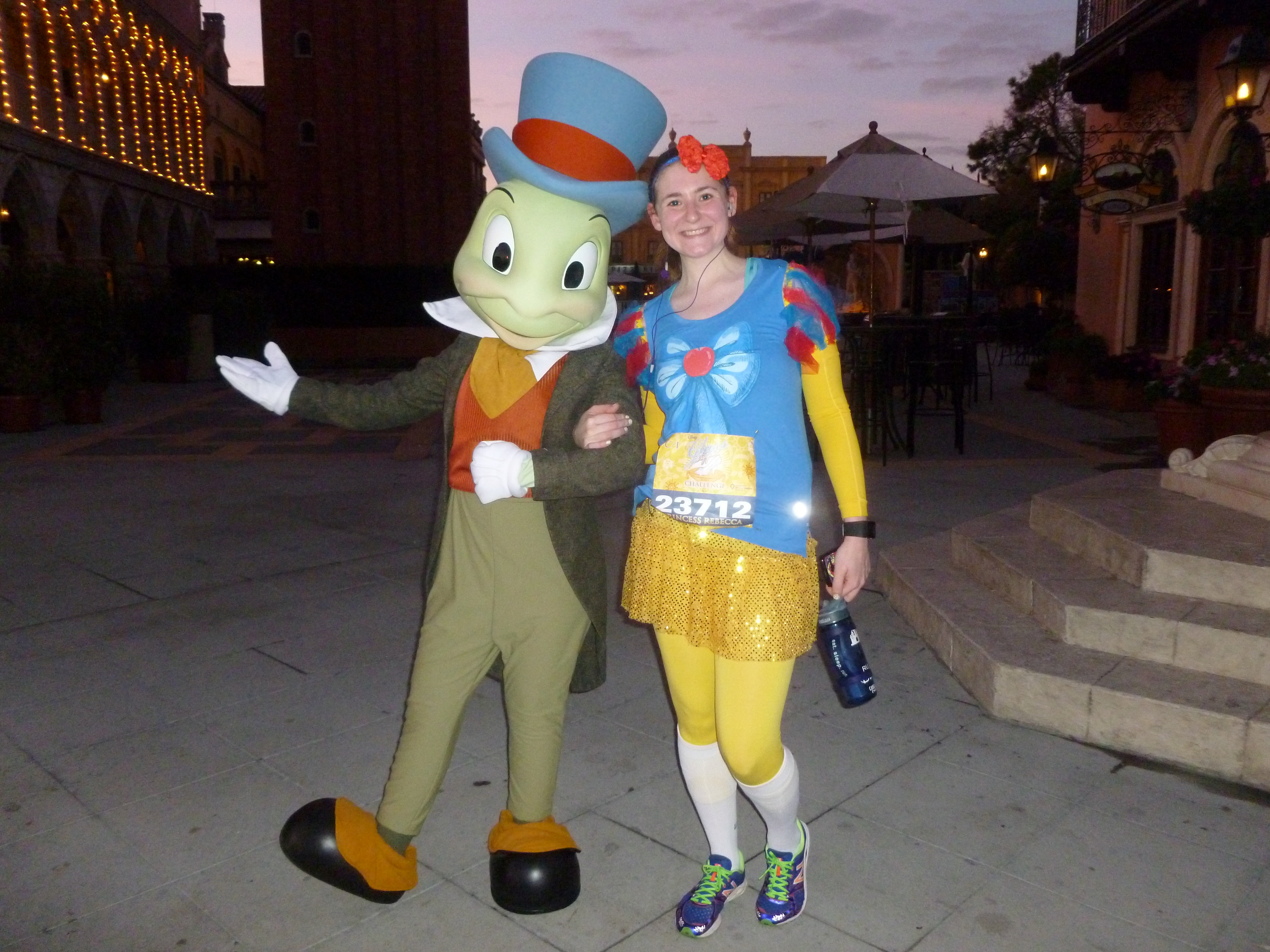 They also had some of the Flower and Garden topiaries up already.  One of the ones out was Snow White, and since that was my costume I had to stop and get a selfie with her! 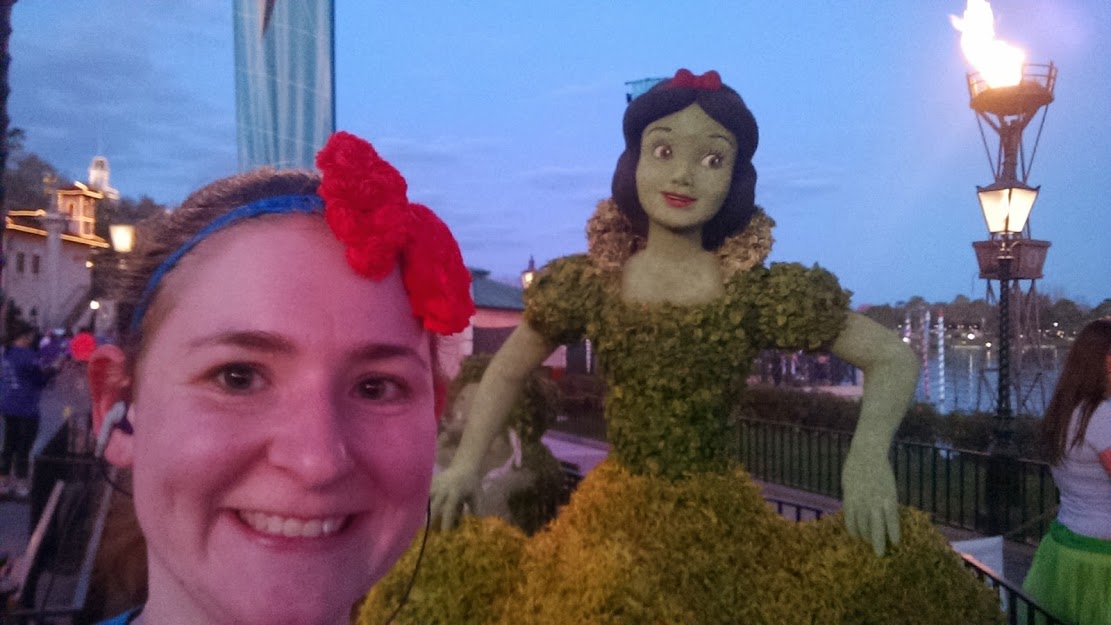 You leave the World Showcase out by the Boardwalk, and run around the whole Boardwalk/Beach Club area before heading back into Epcot.  There were a couple more characters around here, and right before you entered the park again there was a super long line for Princess Minnie. 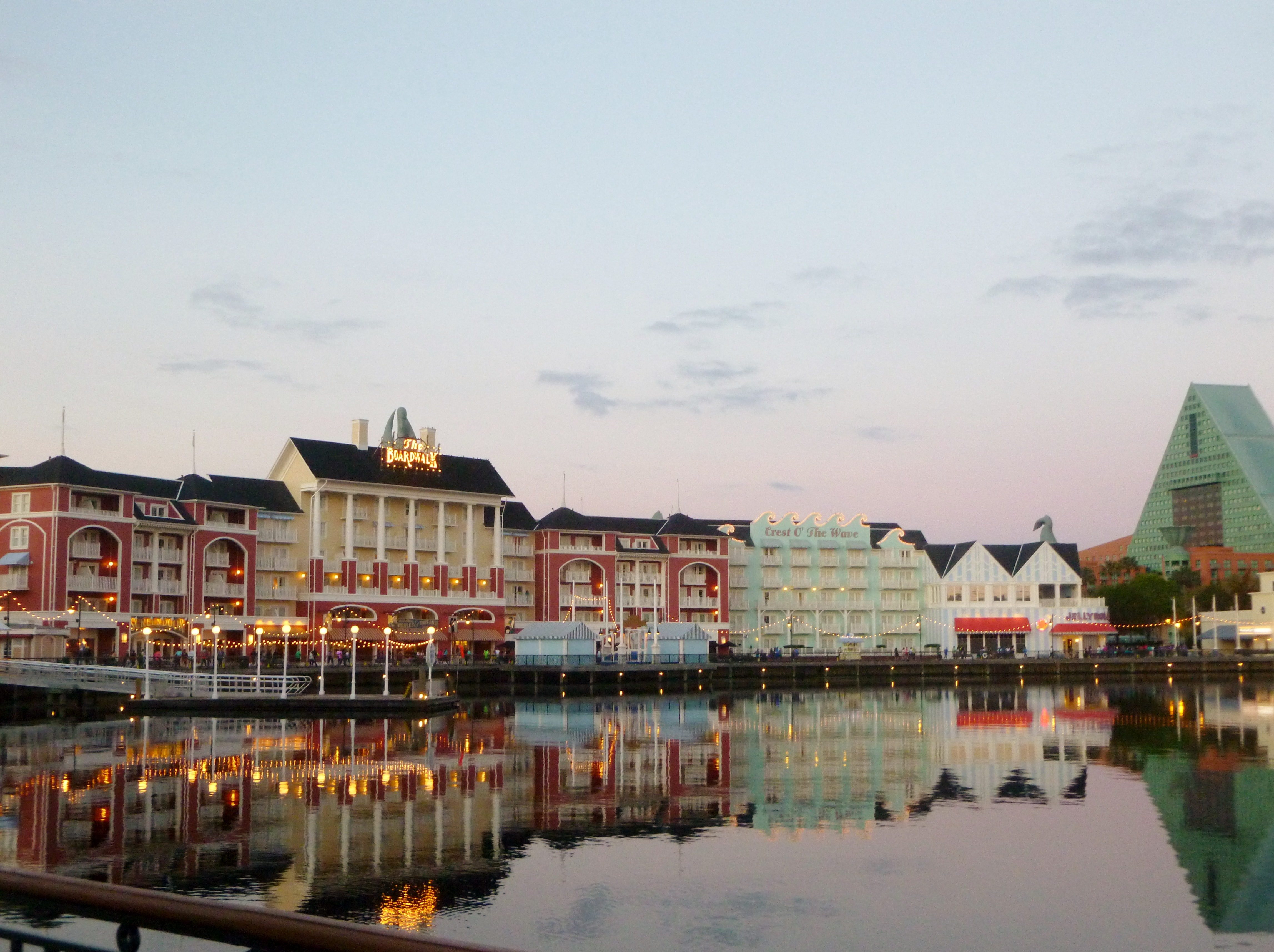 Once you’re back into Epcot you’re almost done!  You have less than a mile left, and you get to run past the big silver ball.  I was feeling pretty good this race since I was taking it slow and just taking in all of the sights.  I also stopped for a picture with the 6 mile marker because it had Snow White on it!

And then I was crossing the finish line!  We got our medals and a snack box, as well as bananas and water bottles.  I didn’t hang around after finishing at all because as soon as I wasn’t running anymore I was starting to get extremely cold.  I hopped on a bus back to Pop Century, took a shower, and took a nap! 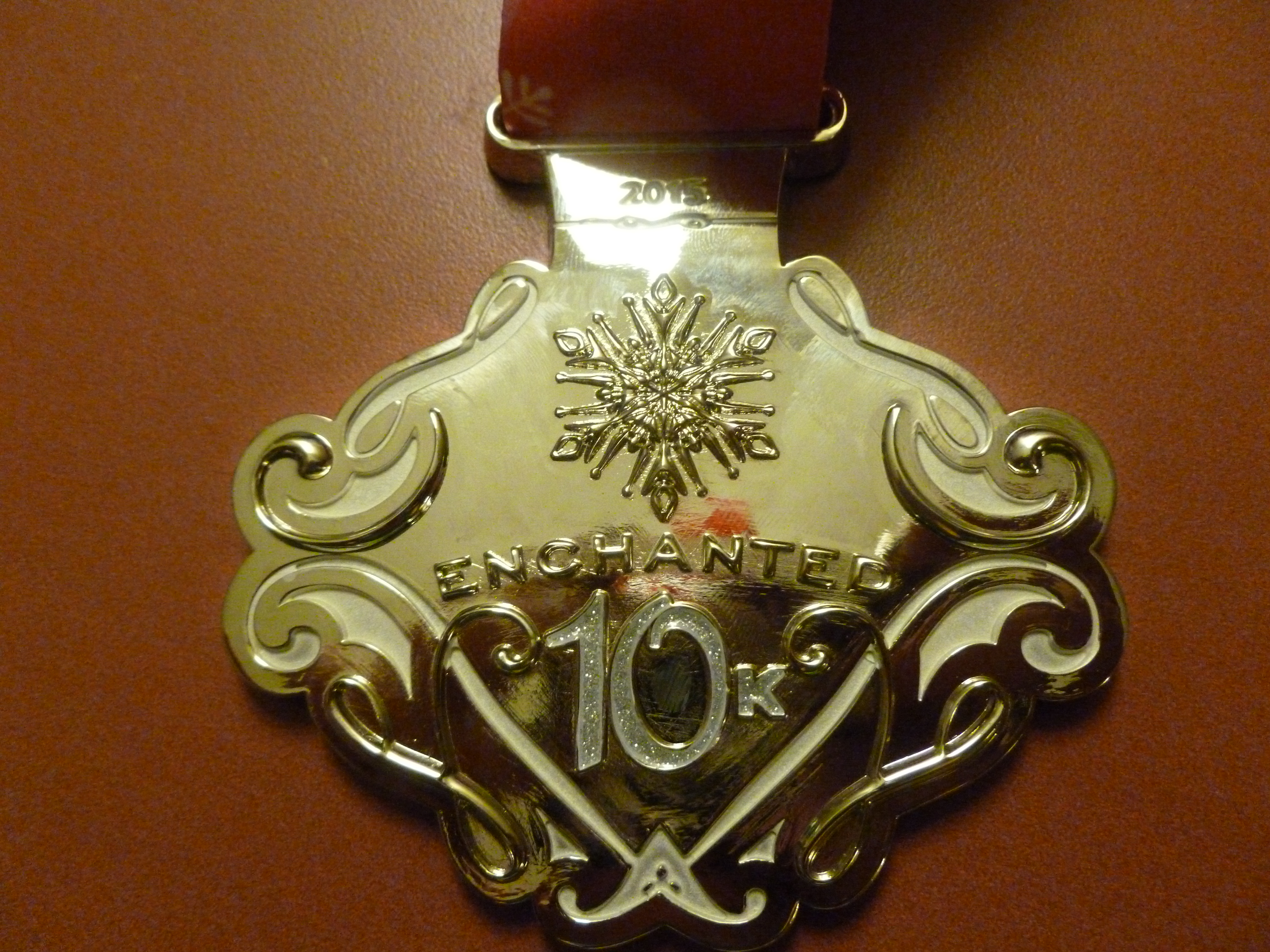