You are here: Home / Subscription Boxes / Disney Treasures subscription box: Ever After Castle 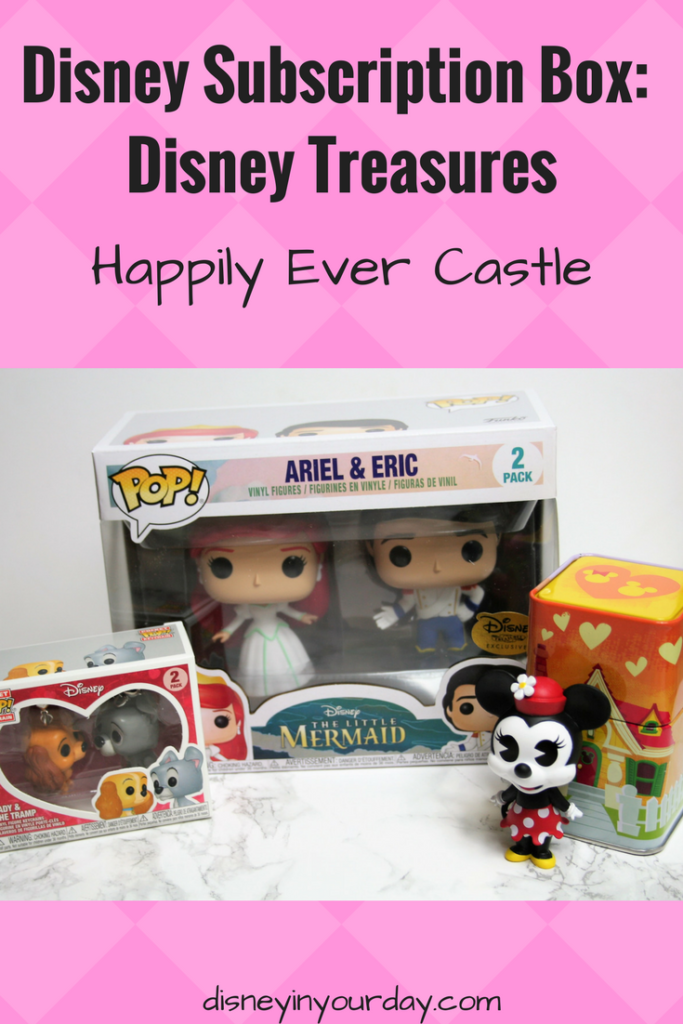 I originally got a year’s subscription to the Disney Treasures box, which comes every other month. This box marks the 6th and final box of the year.  The theme was Ever After Castle and featured Disney couples in honor of Valentine’s Day and the romantic month of February.

Disney treasures subscription is by Funko, and if you’re not familiar with Funko, they are the company that makes those POP Vinyls – the little figures with the big heads. Disney POPs are very popular, so a partnership for a subscription box between these two companies was very exciting news for many! The boxes are delivered every other month and include classic Disney and Disney theme park themed items, and will always have at least 1 exclusive POP vinyl, in addition to other goodies.

The first thing I noticed when opening this box was that there was no map included this time.  Usually they explain a little bit about why they included the items that they did, how they were made, etc. It felt a bit weird to be missing that. 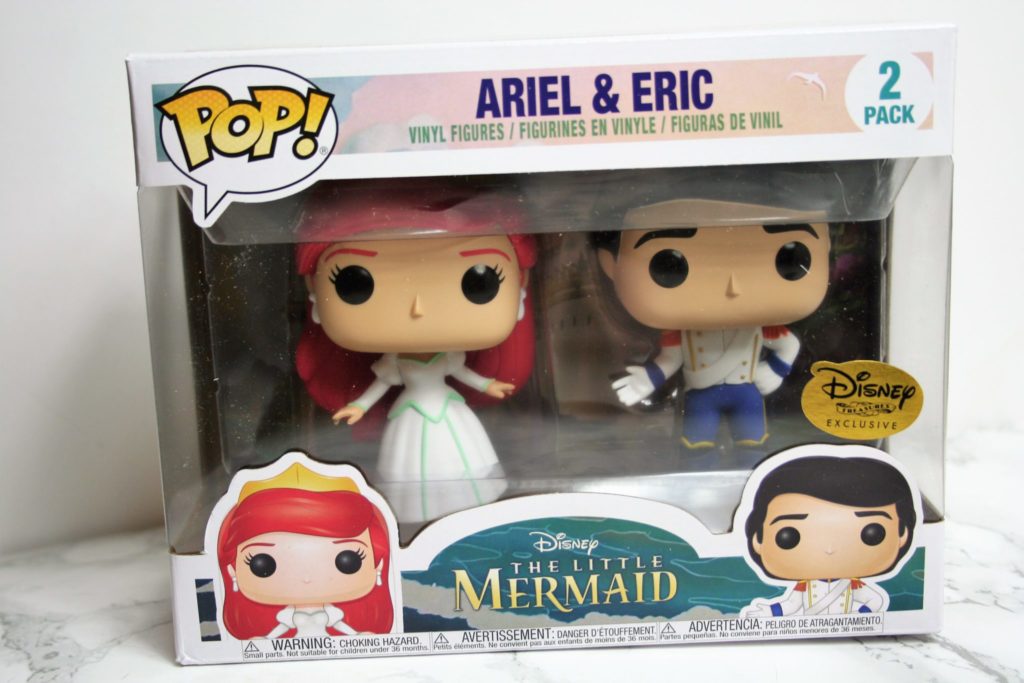 The “big item” and the exclusive in this box was a two POP set, featuring Ariel and Prince Eric in their wedding gear.  I’ve heard this was a hot item with a lot of people and in fact when spoilers were released this caused the box to sell out.  They are fun figures and will go well with the mini Flounder that I have. 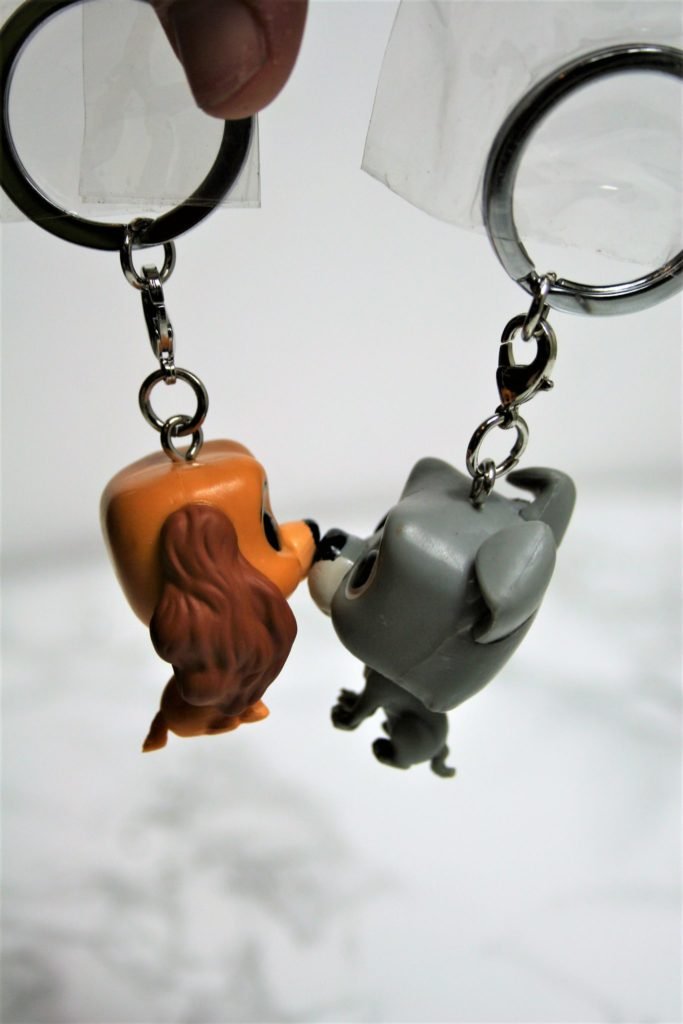 However, I think my favorite item in this box was the Lady and the Tramp keychain set.  They are adorable, and their noses are magnetic so that they kiss when you put them together!  I wonder if I can convince Jason to put one of them on his keychain and I’ll have the other. Probably not. 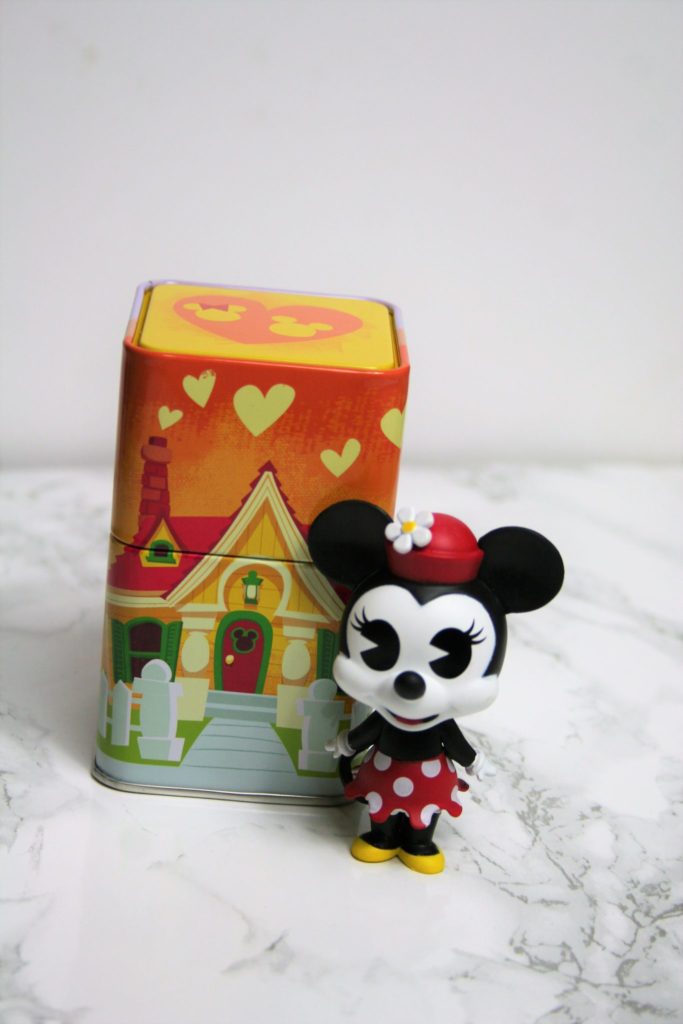 And then we’ve got the usual tin with a small figure inside. This tin is Mickey and Minnie’s houses from Toontown in Disneyland, and it’s very cute.  And inside is an adorable Minnie Mouse! 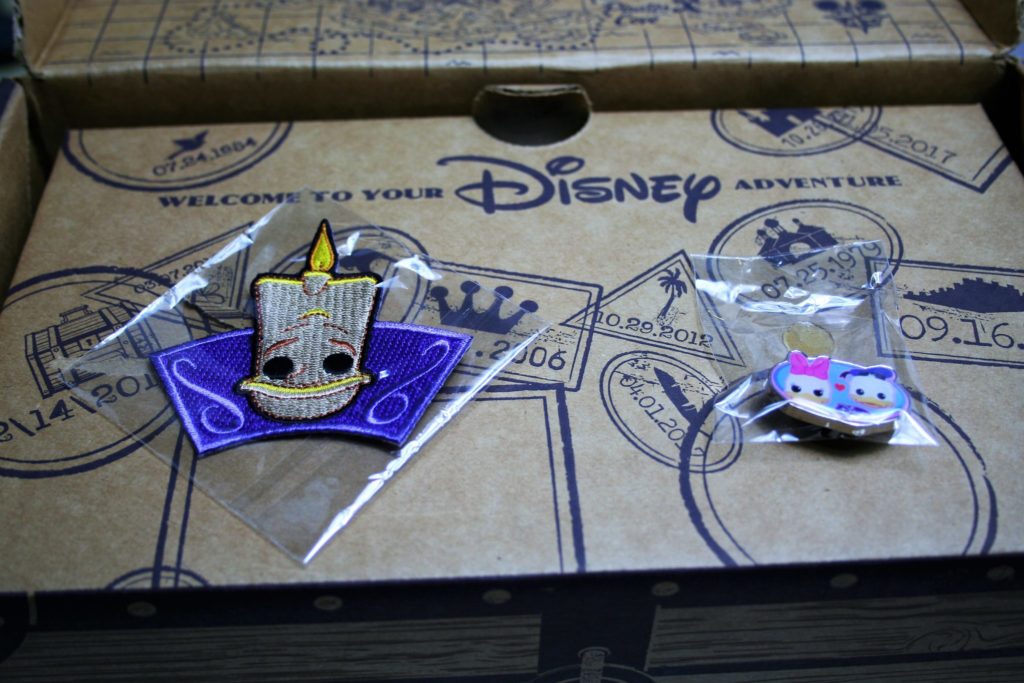 And then there was the typical pin and patch.  I don’t know what I’m going to do with these things, to be honest. The patch is Lumiere, who I think is a fun choice for the romance theme. And the pin is a classic couple featuring Donald and Daisy.

Overall getting this subscription box for a year was a lot of fun.  I now have more POP vinyls that can fit on my mantle, where I’ve been displaying them.  However, I don’t think I need any more of this type of thing.  I’m trying to clear out the clutter a little bit.  So I’ve cancelled my subscription and I’m going to try 6 months of a different subscription box. Are there any ones that you’d like to see more reviews of that you’d like me to try?

If you’re interested, take a look at the rest of my reviews of the Disney Treasures box:

What was your favorite item in the Ever After Castle box? And what subscription box company would you like me to review next?