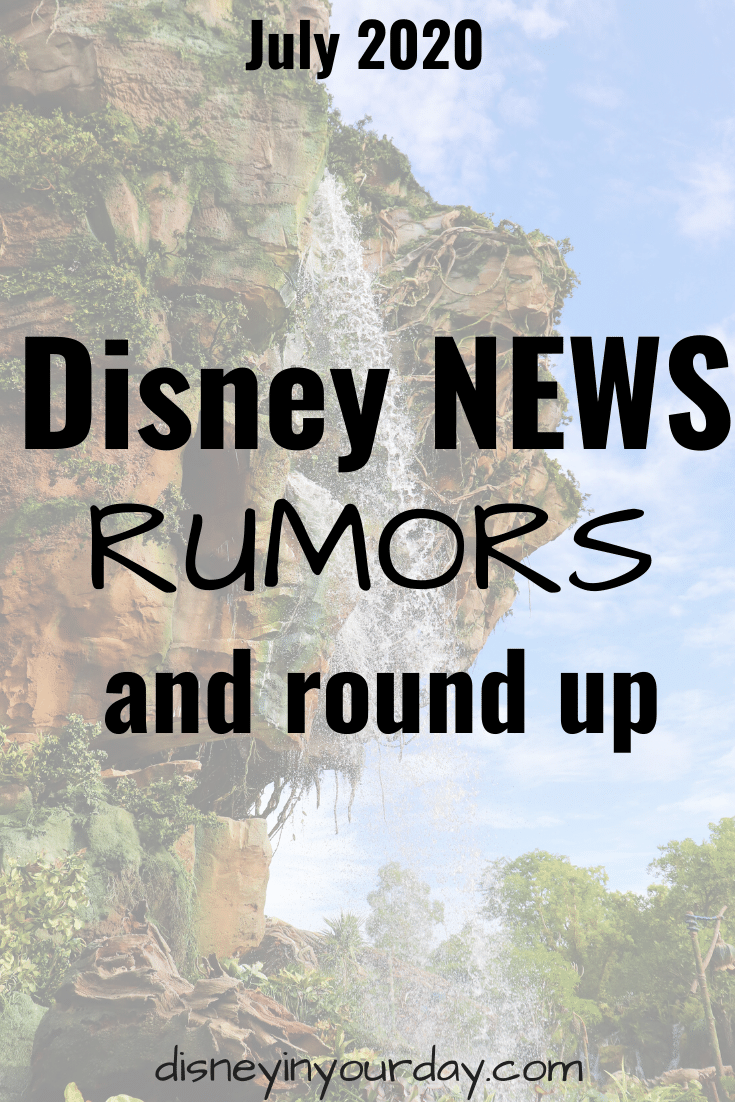 What a month. Another month without Disney theme parks in the US is over. And unless we see another shut down, it will be the last month that’s the case. I will be honest, with how things are looking in Florida right now I’m not sure that reopening theme parks right now is the best idea. But for those who will be attending, stay safe and I hope you have a great time! I’ll be here at home, recreating Disney recipes, writing about Disney World, and planning trips for the future.

Now that Song of the South is being removed from Splash Mountain, there is some speculation on other attractions that might need updates to keep up with the times – some that have been mentioned include Peter Pan and the Country Bear Jamboree.

Many Disney construction projects are probably in limbo right now, but the previously announced DVC resort Reflections seems to be on hold indefinitely.

Skyway to Wonderland has a full list of all the Star Wars canon novels, for those who love to read and are also Star Wars fans!

The only character meal currently running at Disney World right now is breakfast at Topolino’s Terrace, and Tom from Disney Tourist Blog has a full recap of this new modified character experience.