You are here: Home / Books / Disney mug of the month: Pinocchio 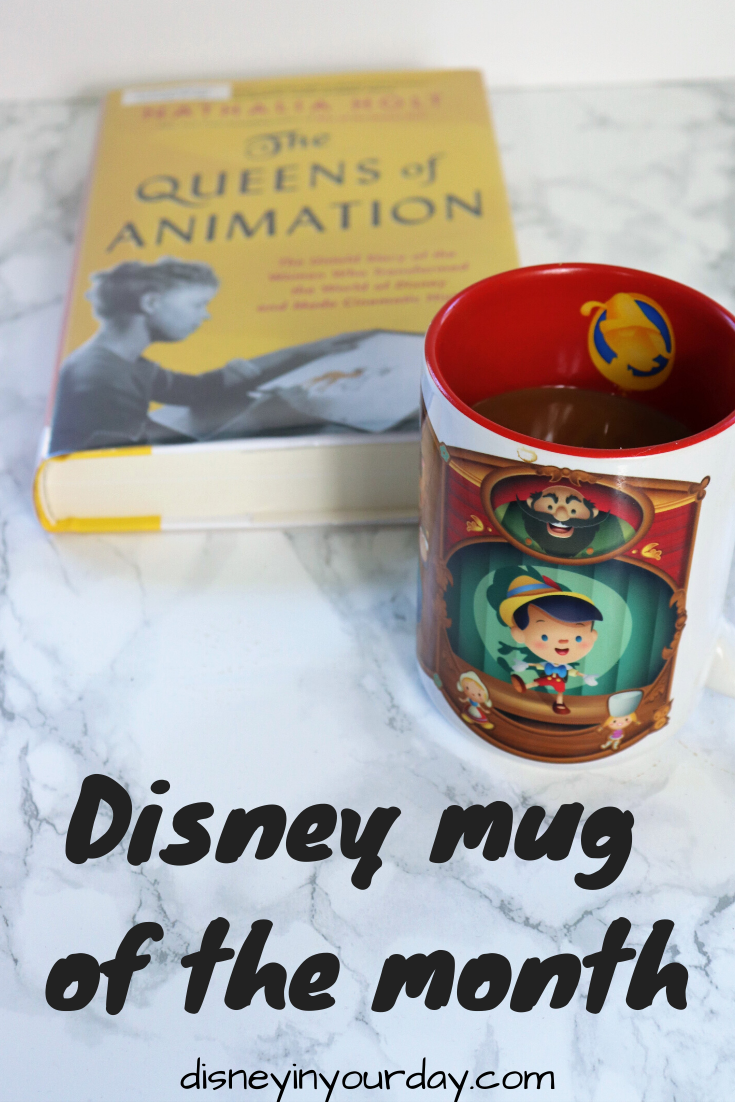 This month I decided it was time to feature a mug I’ve had for awhile but never showed on the blog. I’m trying to remember where exactly it came from, to be honest – I think I probably got it in a Disney subscription box a few years ago and added it to my mug collection. 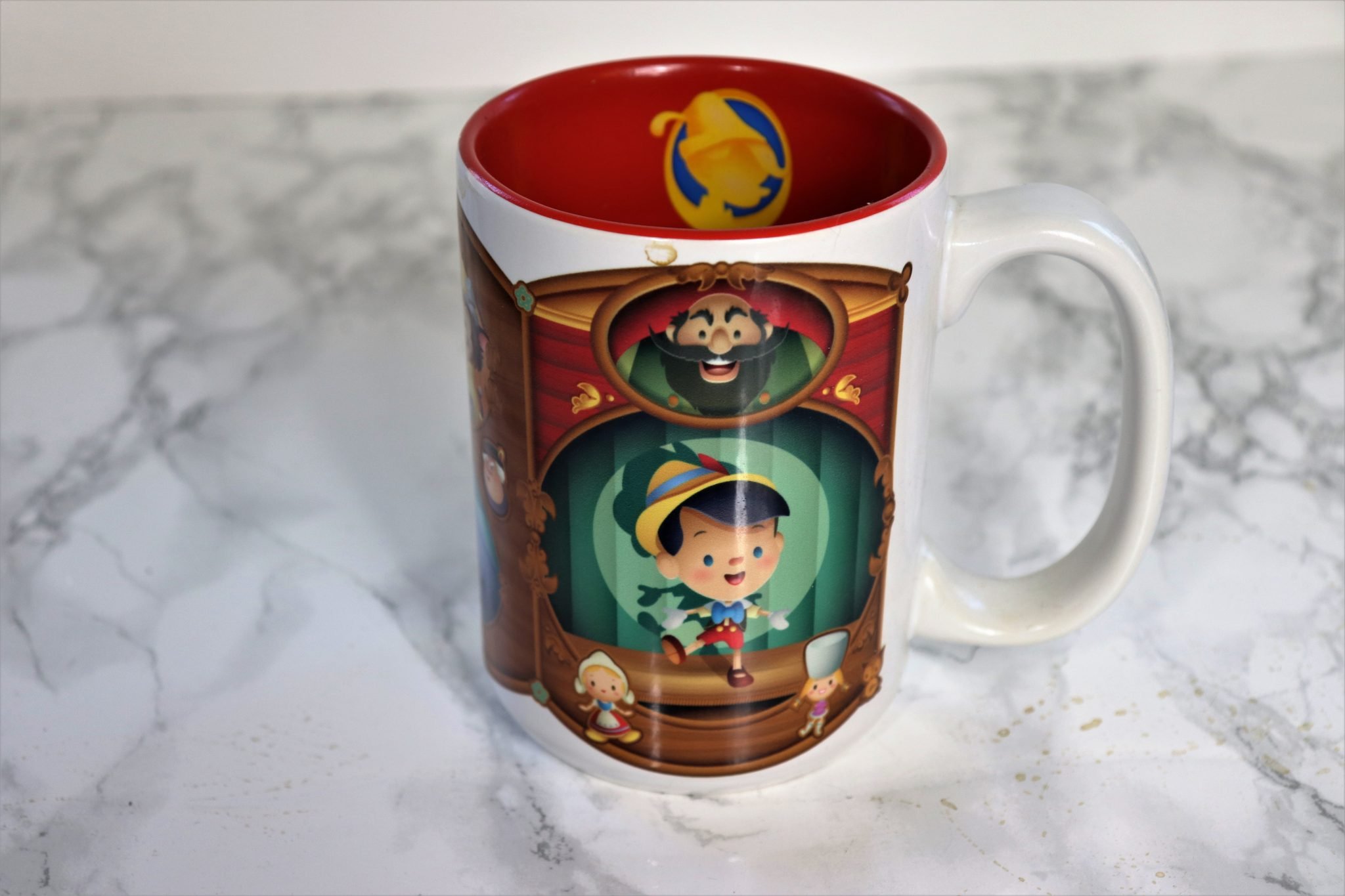 It’s a Pinocchio mug, which I will be the first to say is not actually my favorite Disney movie. However, I can still appreciate it for its place in Disney history, it’s animation, and of course the music! And this mug is pretty cute. I like the style that it’s done in. It’s like a cartoonish “big head” style. I don’t really know how to describe it but you can see from the pictures! 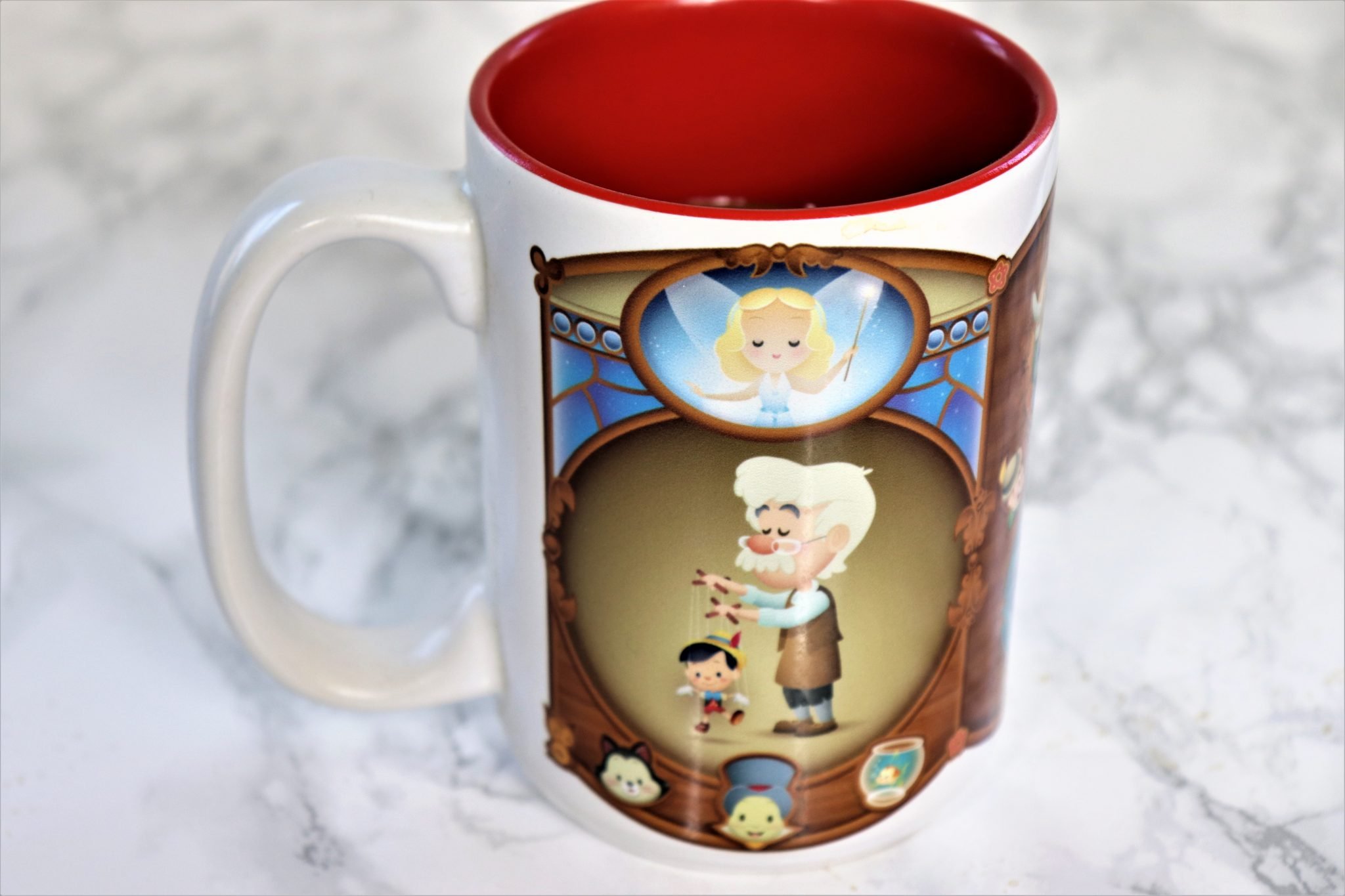 It also features a lot of characters and scenes from the movie. The one side has Pinocchio “performing” with creepy Stromboli watching. The back has Geppetto with a puppet Pinocchio – plus the Blue Fairy, Jiminy Cricket, Figaro, and Cleo. Finally, in the middle of all that is Monstro, Honest John, Gideon, and even Lampwick and the Coachman. Almost every moment from the movie gets some love on this mug! 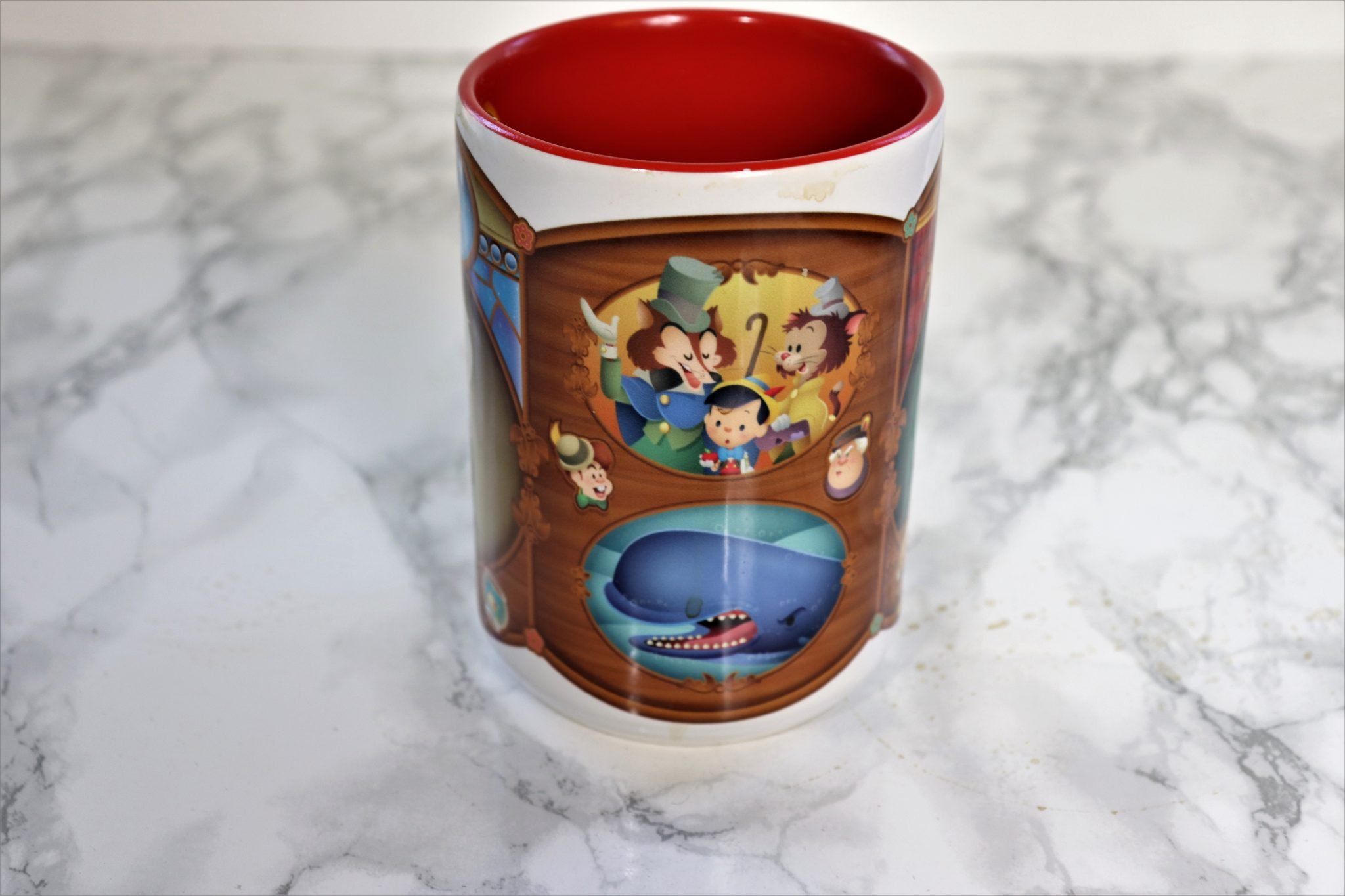 What’s in my mug: I’m finishing up my Pumpkin Spice King coffee from Expedition Roasters – because for me it’s still fall until Thanksgiving! That’s when I’ll switch over to the peppermint mocha (which I still have to order). 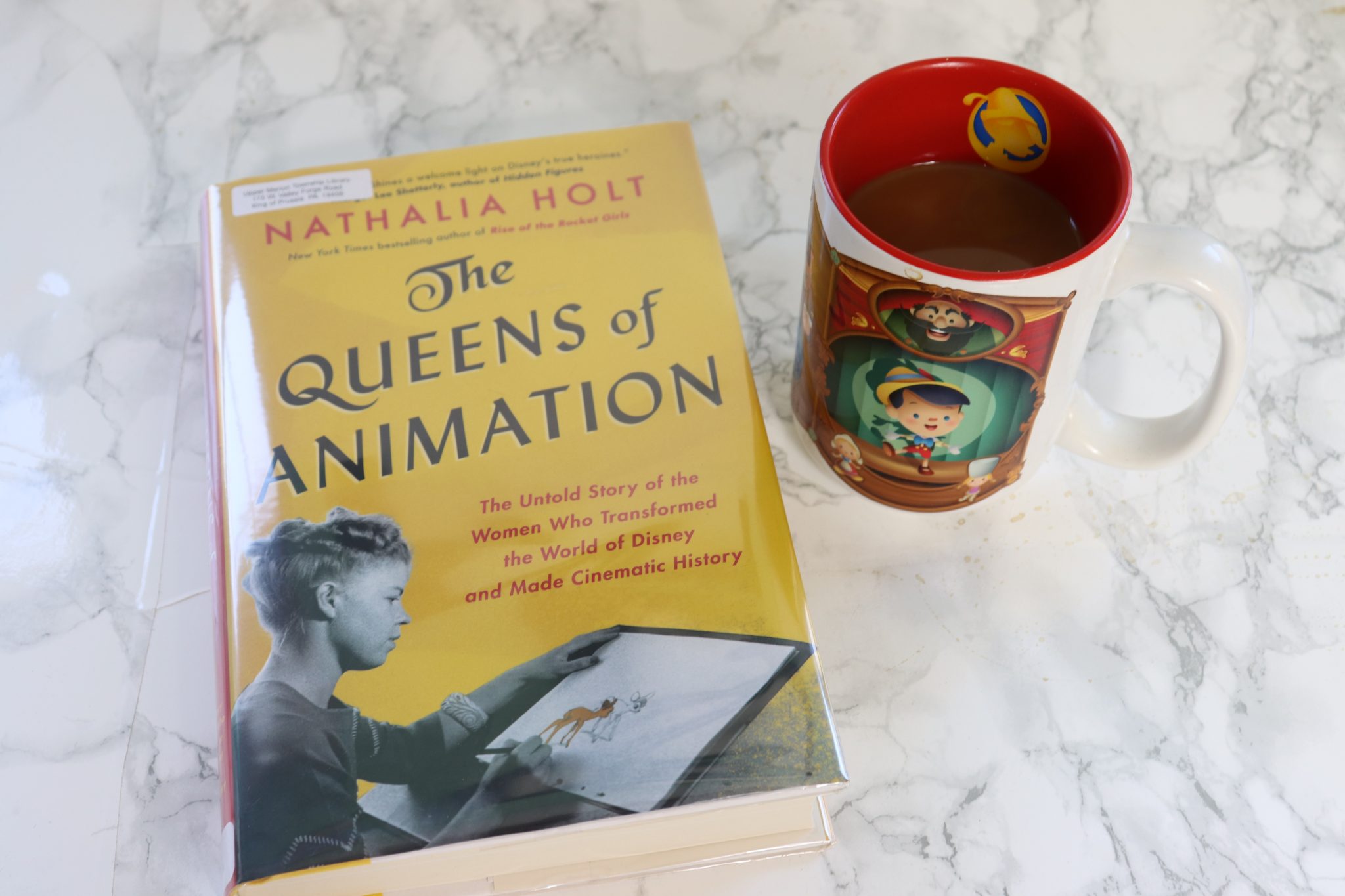 What I’m currently reading: I actually haven’t started this book yet, but I saw it come in from my library so I checked it out right away! It’s called the Queens of Animation, and it’s about the women who worked for Disney animation throughout history. For a company that started back in the 1930’s women often didn’t get equal treatment in the first place. Many women involved in Disney animation had to fight for representation in the “boy’s club,” and because they didn’t get as much recognition they have been more forgotten through the years. I’m definitely excited to read their stories.

What are you currently reading? And what’s in your mug?