You are here: Home / Mug of the Month / Disney mug of the month: Hatbox Ghost 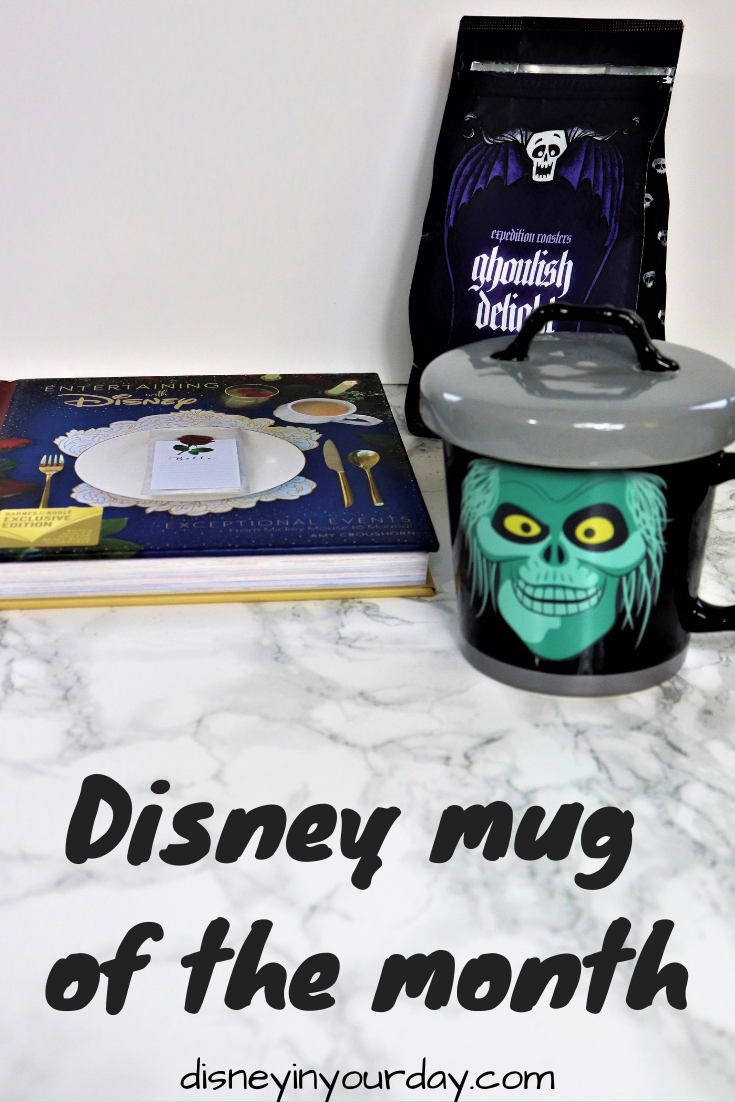 When I visited Disney World in August for the Galaxy’s Edge previews, I was only there for three days so I did something I don’t normally do – I only brought a carry-on. Since it was such a short trip that worked well, but it also meant I couldn’t buy any large souvenirs! I did allow myself one mug though, and made sure I had room for it in my carry-on.

Right before we arrived the Haunted Mansion celebrated its anniversary and they released a ton of cool new merchandise. I enjoy the Haunted Mansion though it’s not my all-time favorite attraction, so I knew I would only be tempted to buy something if it was really cool. And sure enough, I found the awesome Hatbox Ghost mug. 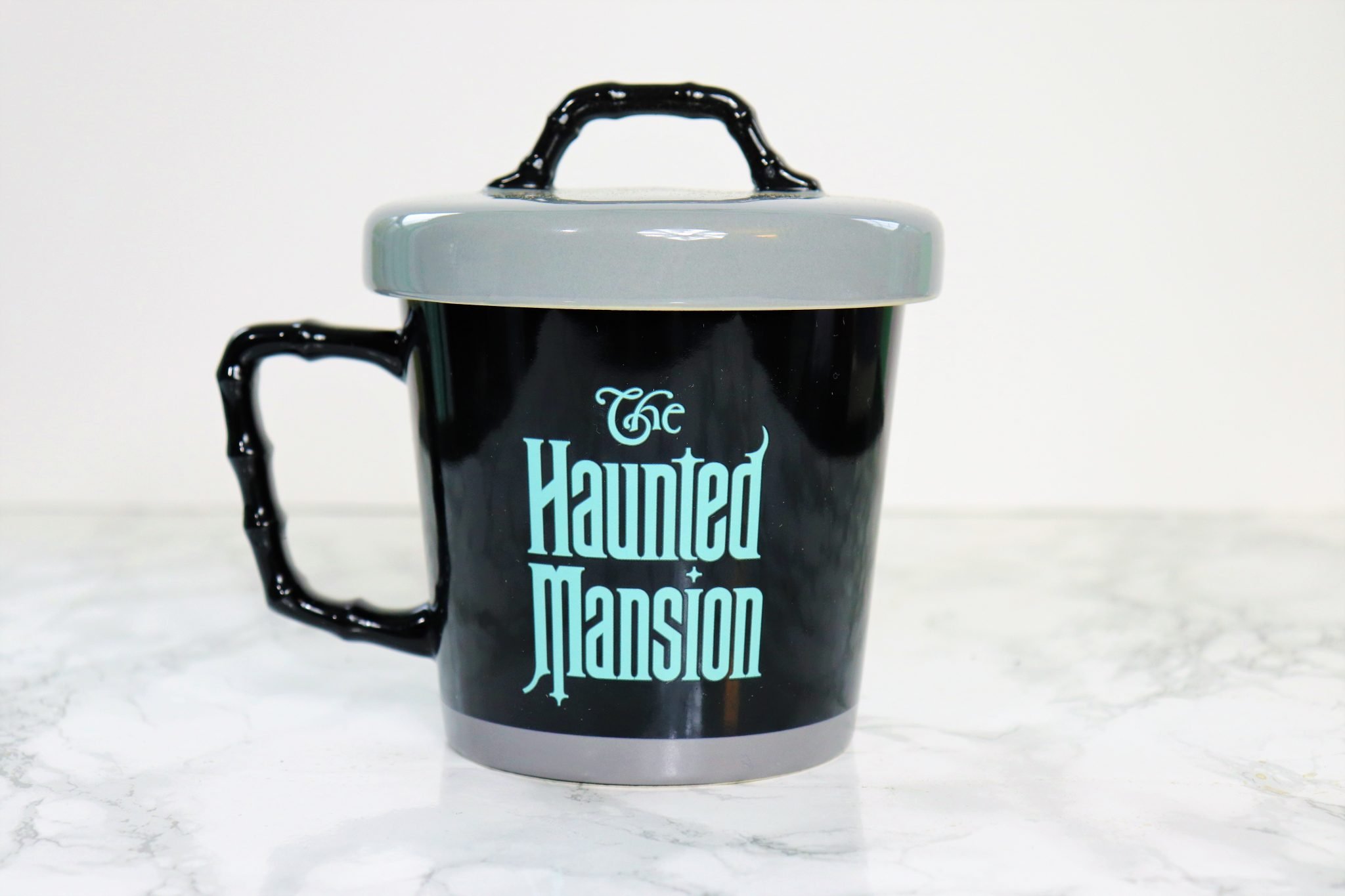 If you’re not familiar, the Hatbox Ghost is an effect that was in the original Haunted Mansion when it first opened but never worked quite right so they got rid of it within the first few weeks. “Hattie” didn’t return to the Mansion until 2015, and even then he’s only in the Disneyland version. His special effect has his head disappearing and reappearing inside of the hatbox that he’s holding. 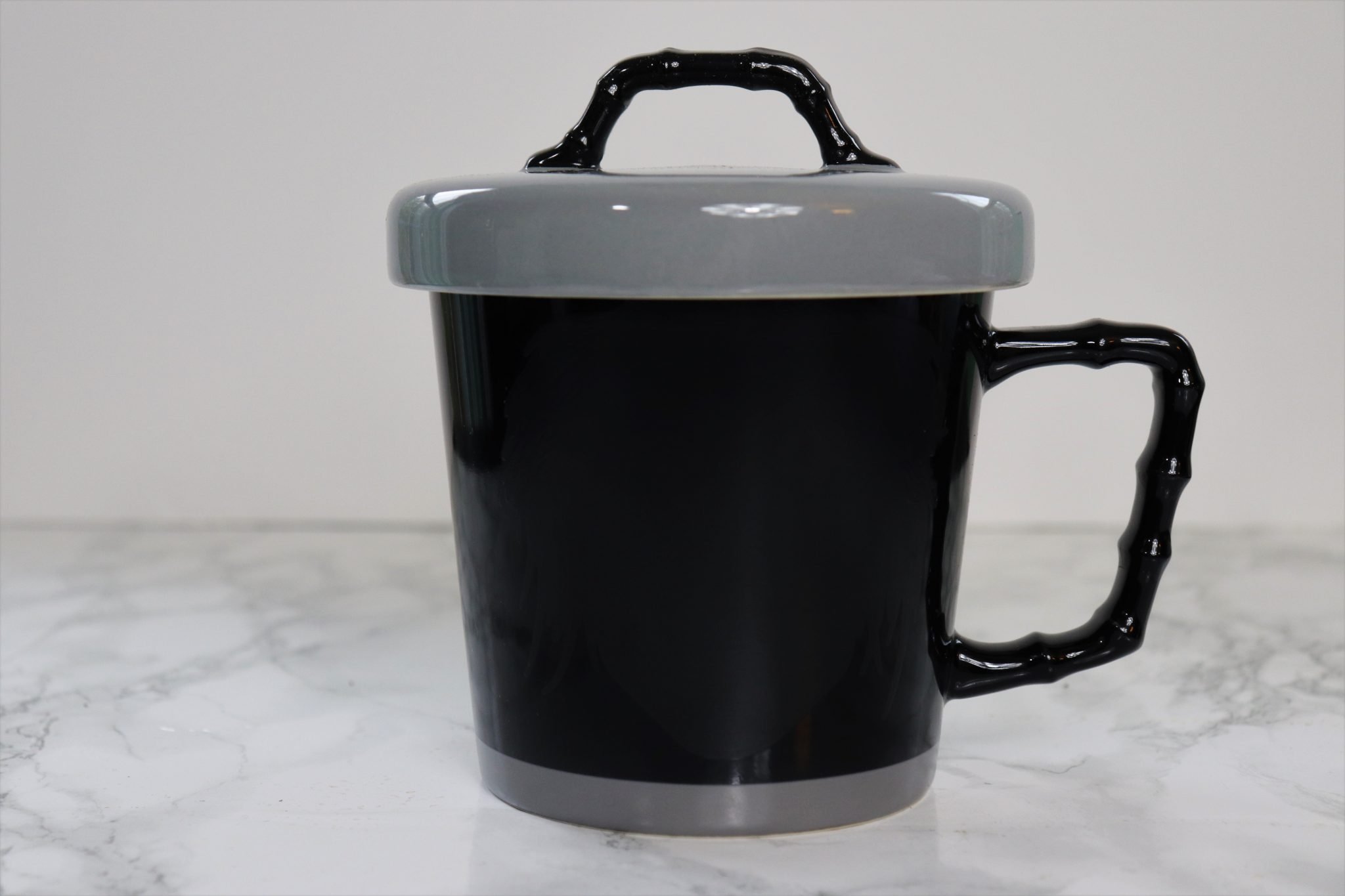 This mug serves to recreate that effect. For the most part it looks like a blank hatbox. The one side says Haunted Mansion on it and the other side is black. The mug even comes with a lid and a handle to make it look just like a hatbox! 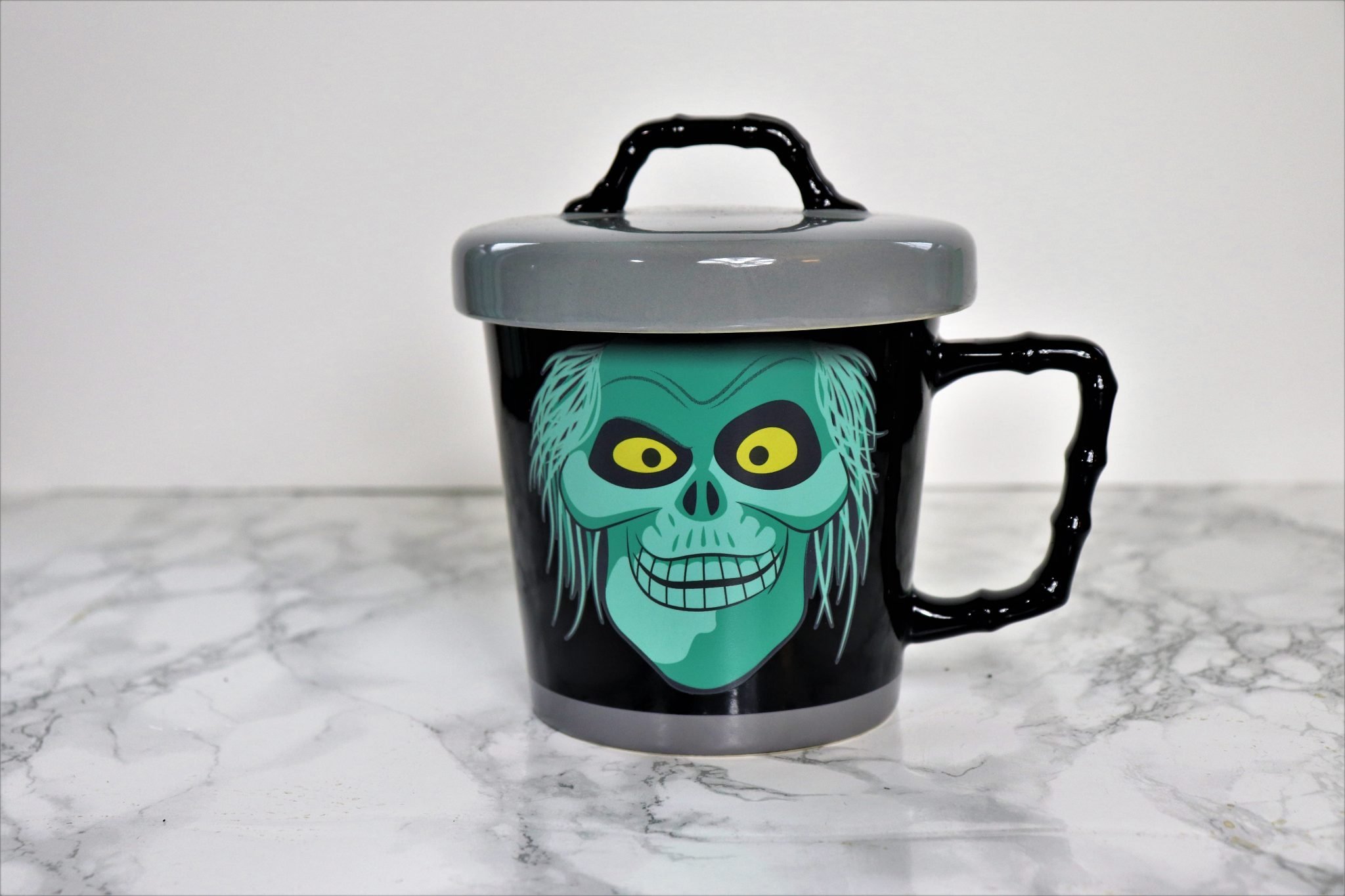 And while it looks empty at first, once you pour a hot liquid into the mug his face magically appears! I’ve had some color changing or special effects mugs like this before that are heat activated, but this one is really good. You can barely see the outline when it’s black (I mean, if you’re looking for it you’ll see it there but not necessarily at first glance). And then when you pour your coffee into it the image is really vivid. 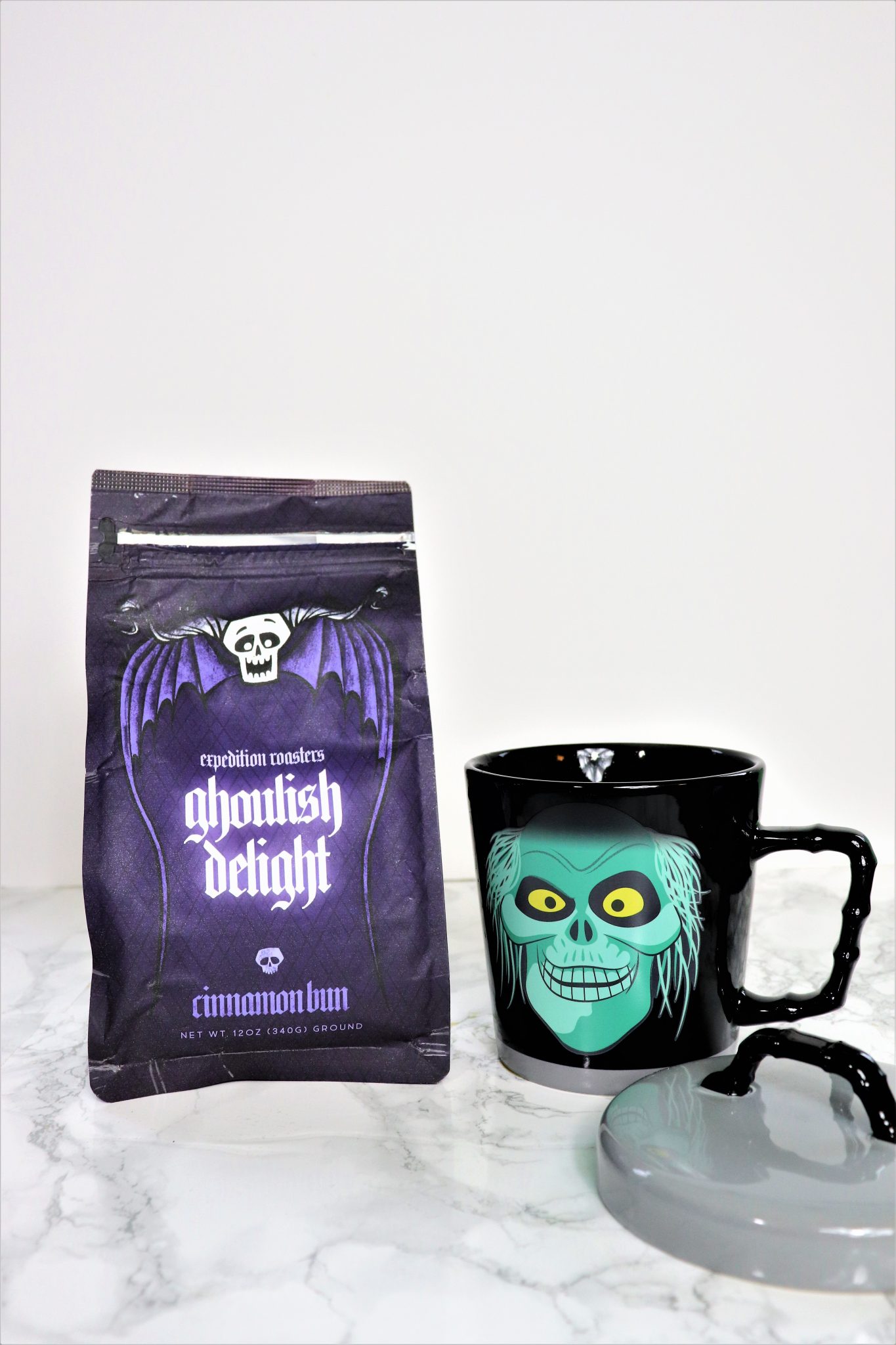 What’s in my mug: Another coffee from Expedition Roasters, this one to match my mug! This is their “ghoulish delight”, inspired by the Haunted Mansion. It’s a cinnamon bun flavored coffee so it’s very tasty, and smells so good. Perfect for October. 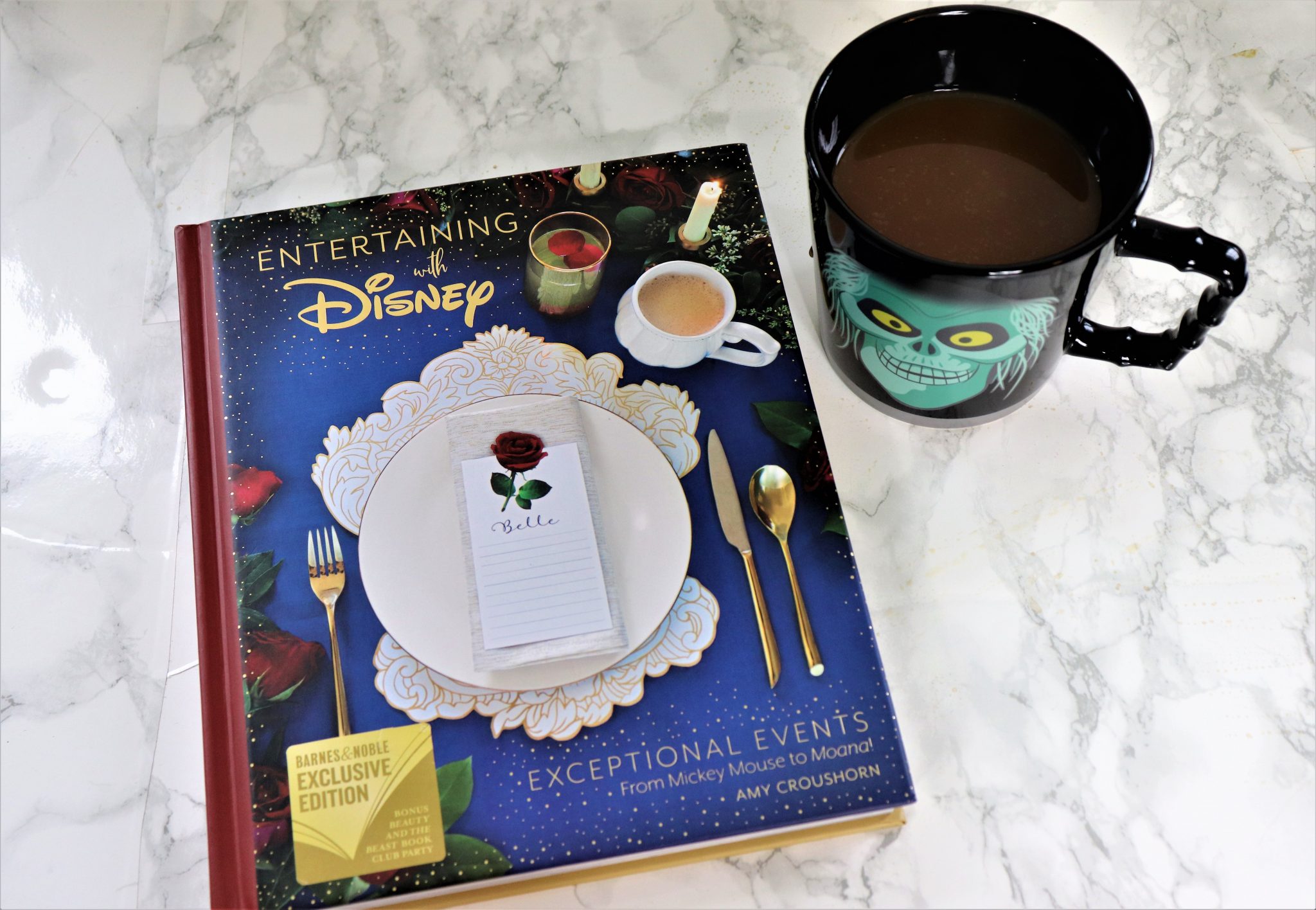 What I’m currently reading: I got this great book as a gift from my Pixie Dust Pal (a gift exchange that I do)! It’s called Entertaining with Disney, and it has a ton of party ideas for adult parties. As you know I love to throw Disney parties (check out my Inside Out party, Disney Christmas Party, and Disney cocktail party just to name a few!). However, most of the resources I’ve found for throwing Disney parties is (understandably)  aimed at kids. This book is giving me a ton of inspiration and I can’t wait to hopefully try some of it out!

What are you currently reading? And what’s in your mug?