You are here: Home / Animal Kingdom / Disney mug of the month: Hakuna Matata 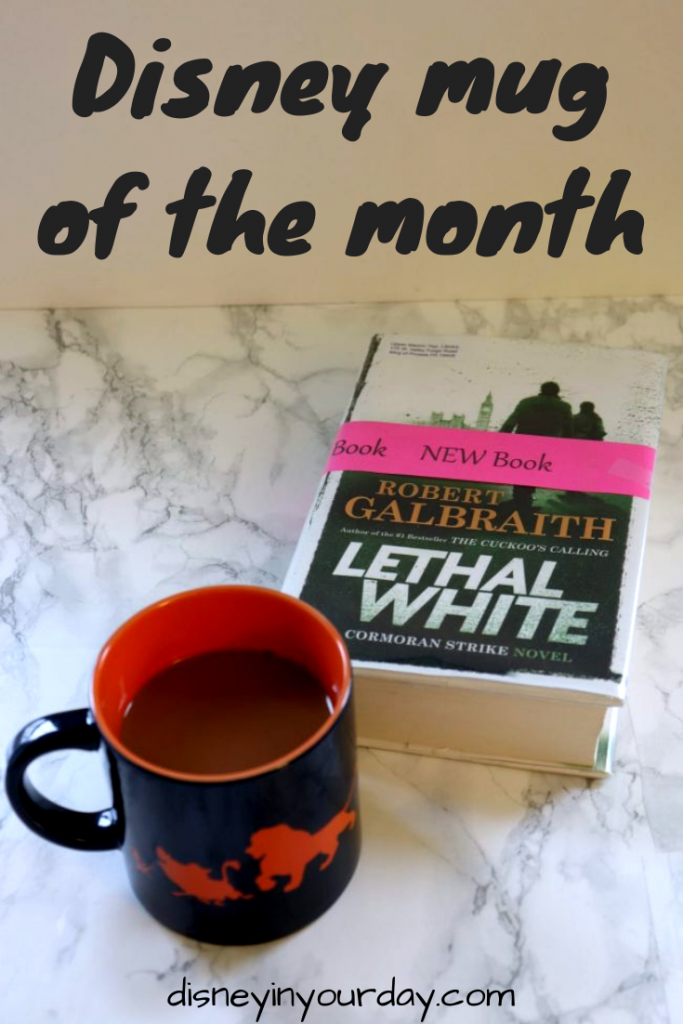 The easiest place for me to spend money in Disney World is Animal Kingdom, because it’s my favorite park and I love so much of the merchandise there. On my February trip I decided to buy a mug in Animal Kingdom, and I was stuck between two of them – the Tree of Life and a Hakuna Matata mug. Ultimately I went with the tree of life and left The Lion King on the shelf.

Well, I participate in a program called Pixie Dust Pals, where you are matched up in a Secret Santa style exchange that goes for 6 months and is all Disney fans! A few months ago my package showed up from my Pixie Dust Pal and it was this mug – so I got the best of both worlds! 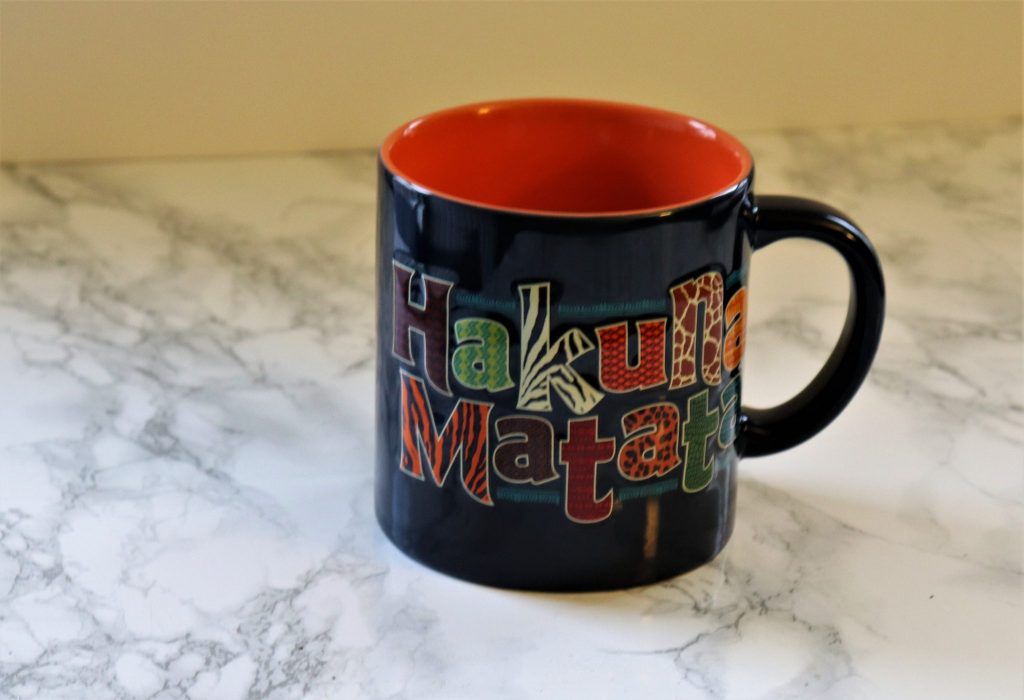 If you can’t tell from the photo, this mug is huge.  It’s very round, which means it holds lots of coffee – and it’s difficult to get the whole design of the mug in one photo!  This side of the mug has the phrase “Hakuna Matata in a fun font, and each letter is decorated in a different way that’s very reminiscent of Animal Kingdom. Lots of animal patterns and bright colors. 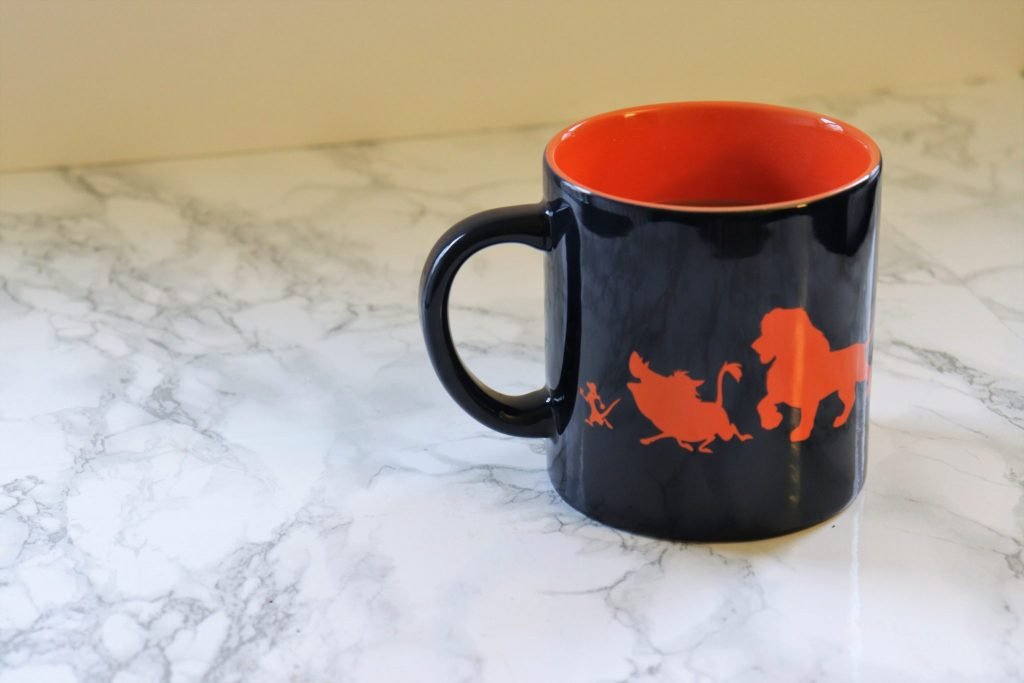 What’s in my mug:  I’m finishing the very last of the Joffrey’s Disney inspired coffee I have on hand – the only one I have left right now is the Jiko blend. Luckily I placed an order on Cyber Monday, so I’ll have a few new flavors headed my way soon! 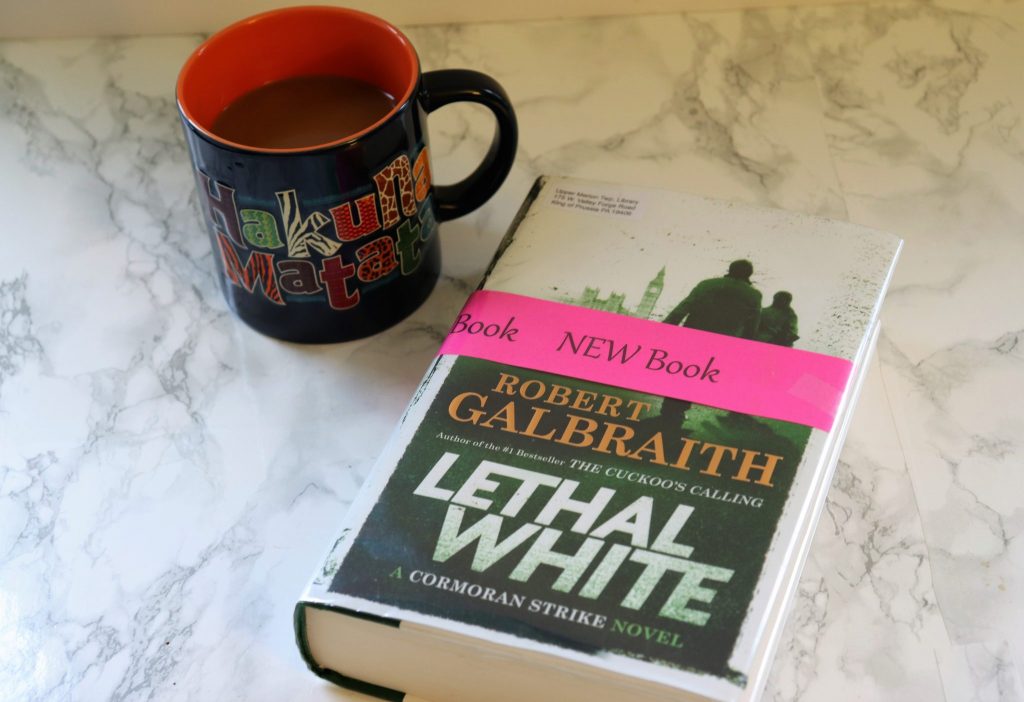 What I’m currently reading:  I’m currently in the middle of Lethal White, by Robert Galbraith. If you’re not familiar, this is part of the Cormoran Strike series of detective novels, which is actually written by J.K. Rowling under a pen name.  I’ve really enjoyed this series, and this one is no exception. The mystery is intriguing, but I’m really into the characters more this book. It is a pretty gritty and dark detective novel though, so be aware of that if you’re thinking of giving it a try.