You are here: Home / At Home / Disney mug of the month: Alaska cruise 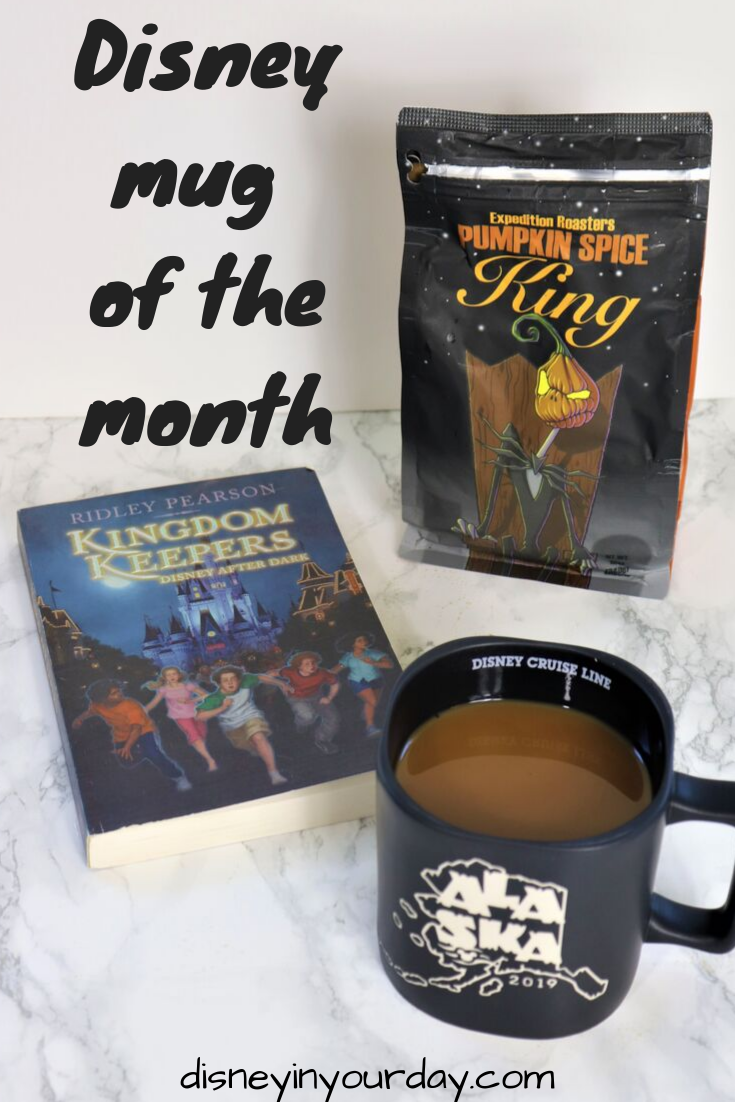 Did anyone think I could possibly take a Disney Cruise to Alaska and not come back with a new Alaska mug? Of course I got one! Since it was the end of the Alaska cruising season (we were the second to last cruise for 2019), it was even discounted – most of the Alaska-specific merchandise was 30% off.

There are a lot of really cute Disney Cruise Line mugs (I have one that looks like the ship’s smokestack already), but from this cruise I really wanted something that said Alaska since it was a pretty special cruise. This was the main option and I thought it was pretty cute so I grabbed it! It was the word “Alaska” with a border of the state’s outline around it, and 2019 on the bottom. 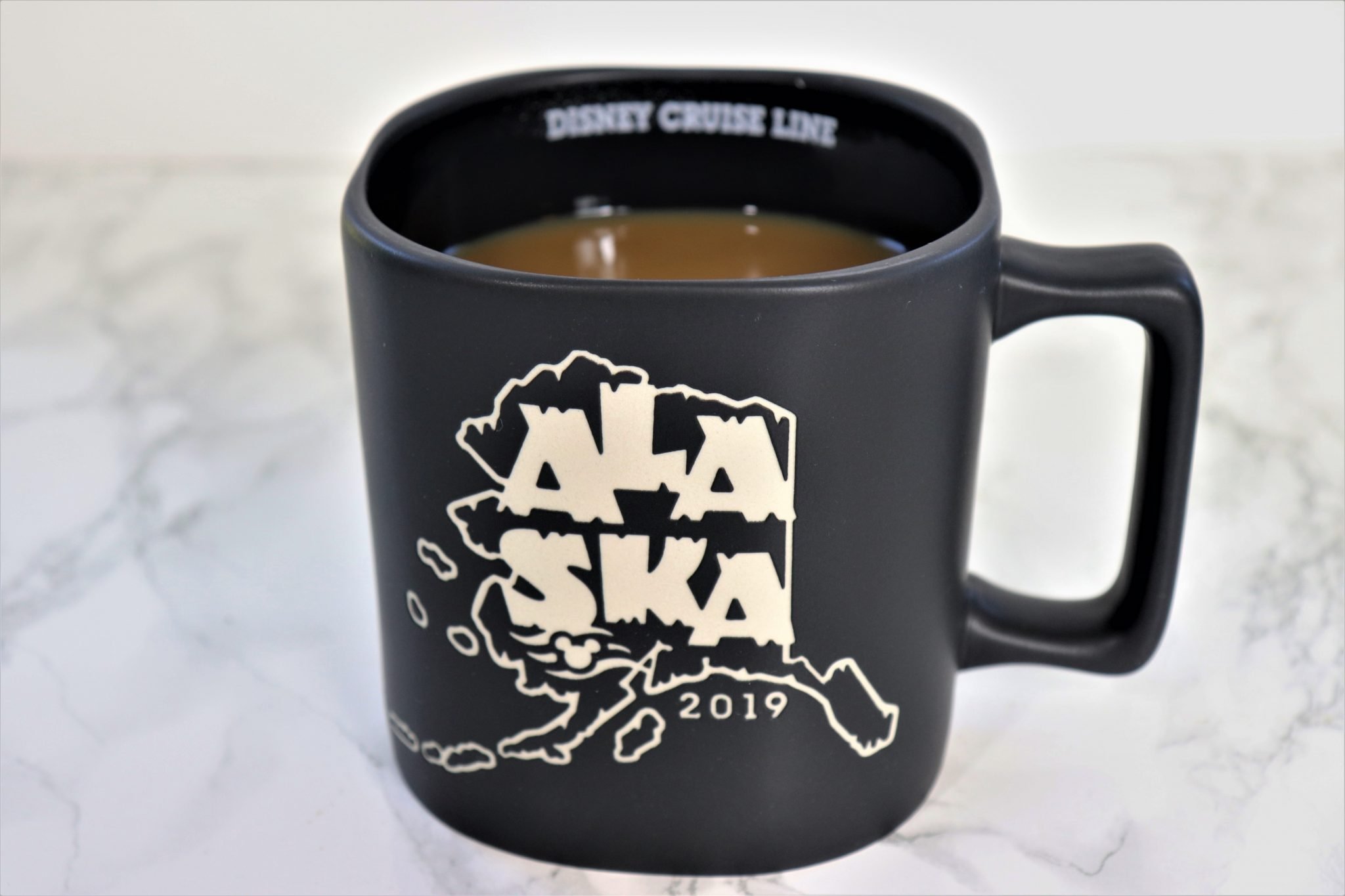 I liked that it incorporated not only Alaska but a nod to it being Disney as well, though not overtly. On the inside rim of the mug it does say “Disney Cruise Line.” The mug itself is large (which means it holds a lot of coffee!) which is always nice, especially for lazy Sundays – when I actually have time to drink a large cup of coffee! 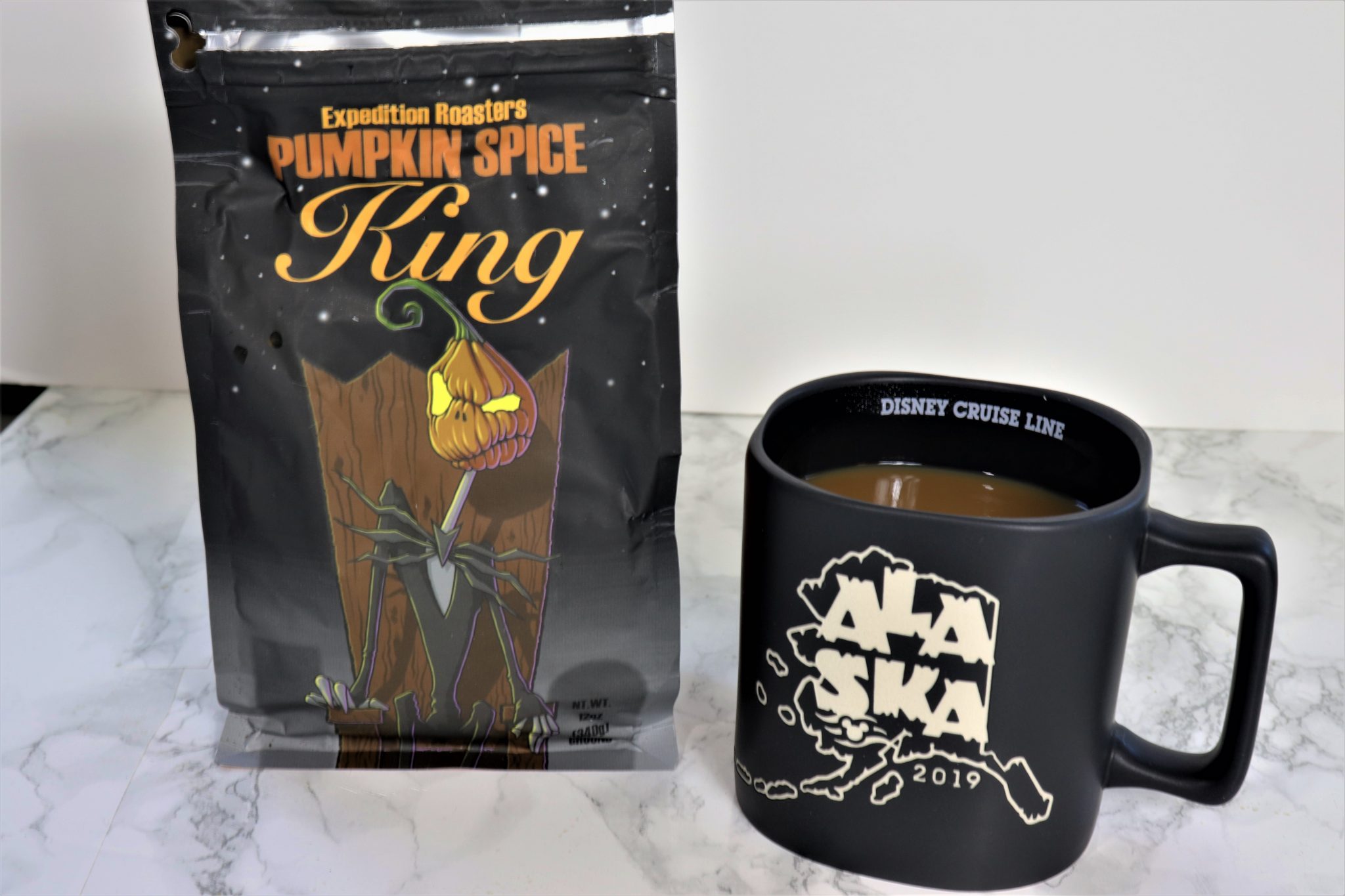 What’s in my mug: I consider it to officially be fall once Labor Day is over (before that is too early – sorry to you August PSL people!). So yes, that means it’s time for my pumpkin spice coffee. And my absolute favorite comes from Expedition Roasters! This time of year they release the Pumpkin King, inspired by Jack from the Nightmare before Christmas. Their artwork on their coffee bags is gorgeous by the way, so when I get a new flavor it’s worth taking a picture of it. 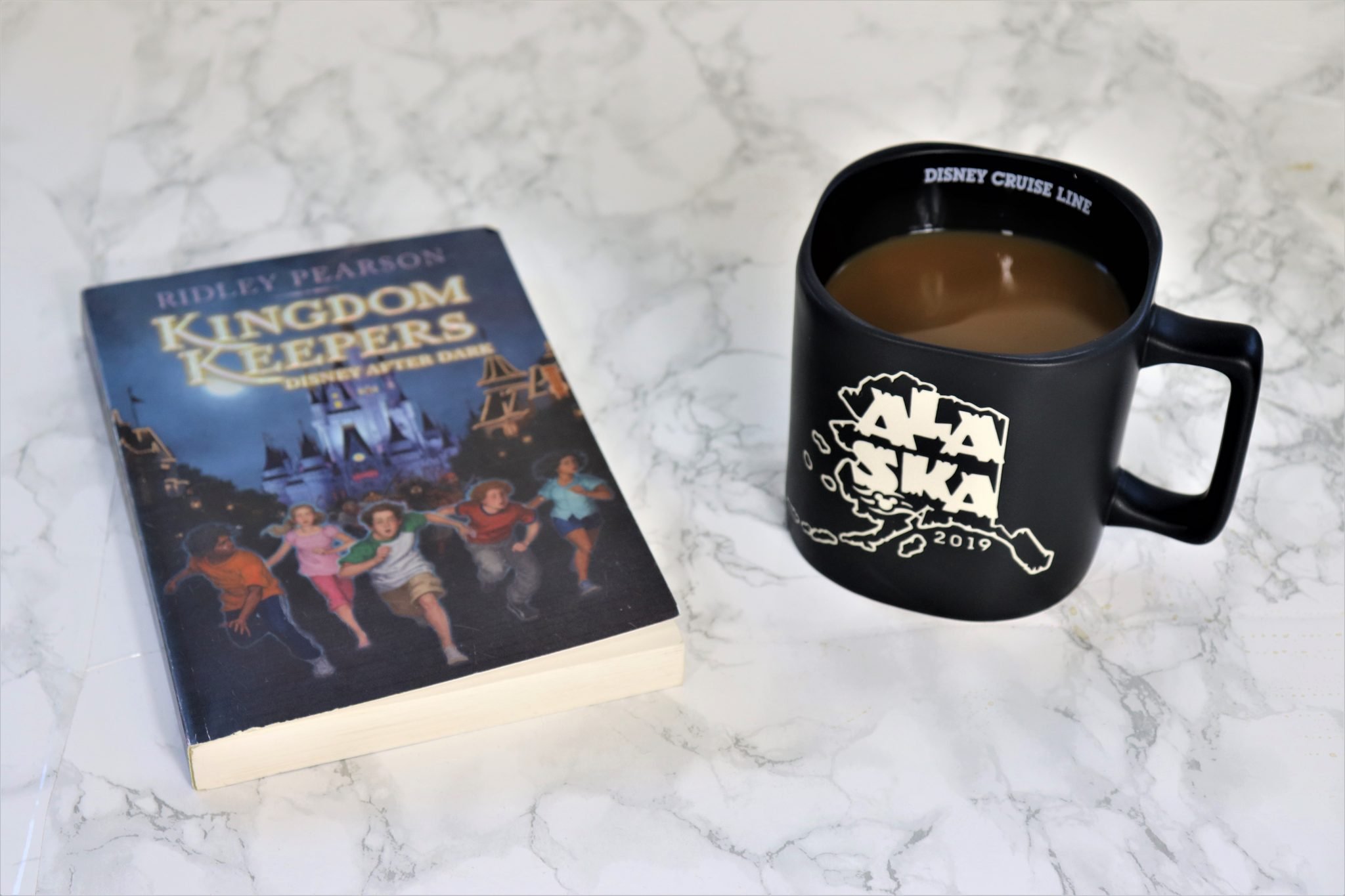 What I’m currently reading: I just read through Kingdom Keepers again – it was my second time reading it. My online Disney book club chose it for our read this month so I went through it again. It’s about a group of kids who have the ability to enter the Magic Kingdom at night as holograms. The Magic Kingdom is being taken over by villains and it’s up to the kids to stop them. I read a lot of middle grade fiction and I think a lot of it is stuff that can be read and appreciated by adults as well, but this one is definitely more of a younger feel. I can see why kids would enjoy reading it but for me there are too many plot holes, lack of character development, etc.

What’s in your mug right now? And what are you currently reading?