You are here: Home / At Home / Disney mug of the month: ABC letter Y 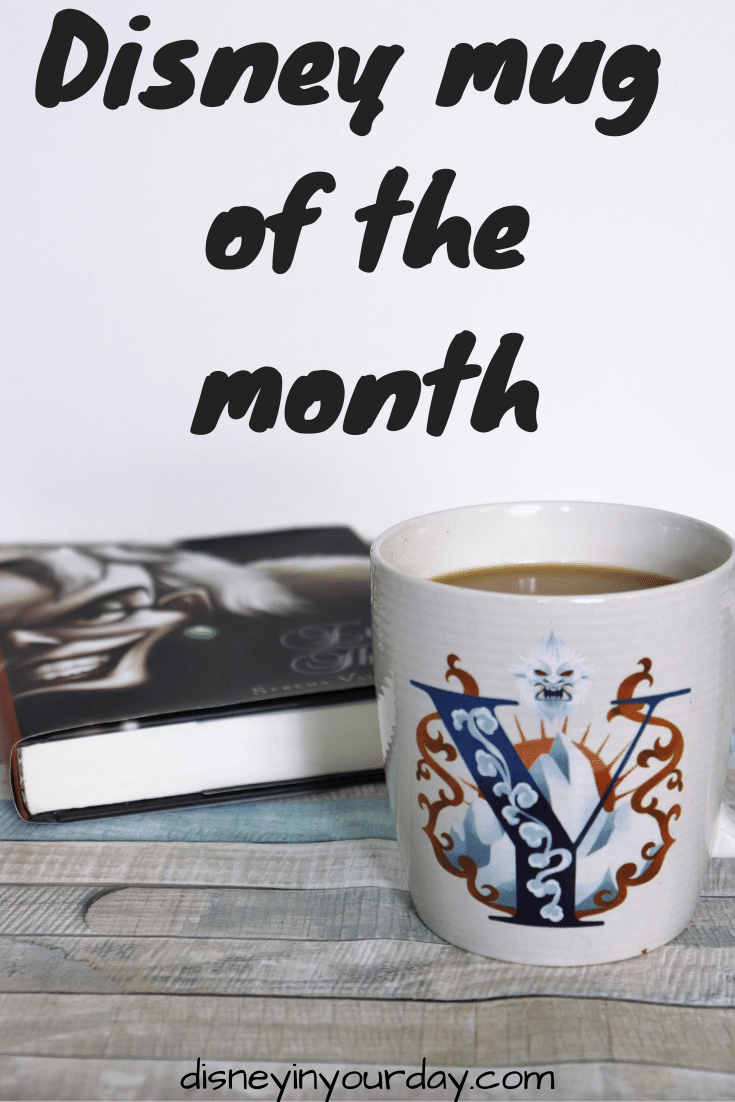 I wasn’t sure if I might run out of mugs to feature on the blog – after all, I’ve shared a mug every single month since April 2016. I usually pick up one or two new ones each trip, but with the pandemic I haven’t been to Disney since February. Would I finally catch up?

No, don’t worry, I’ve accumulated many more mugs in the past 6 months! (And I do go through them occasionally and donate older mugs I don’t use as much anymore. So while the collection is still quite large it’s not as bad as you might think). My current mug comes from my good friend Kristin as a gift!

My emotions and mental state have been a roller coaster since March. Luckily I have the 3 best friends in the world who are always there for me. When I was having a particularly rough stretch with anxiety about going back to work and reopening to the public, she surprised me with this mug as a gift. 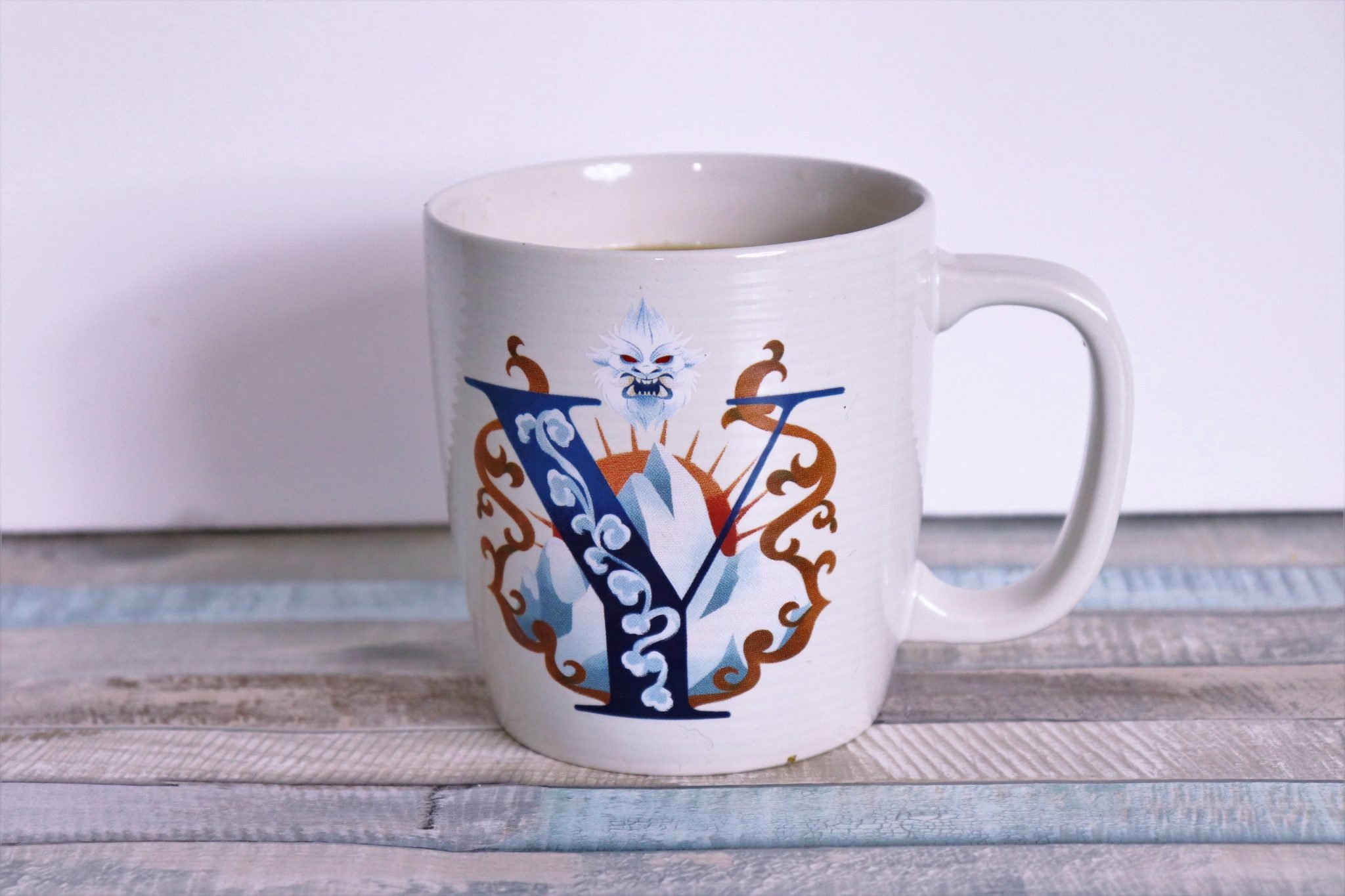 It’s part of the Disney ABC collection, and of course this one is the letter Y. There are two different “Y” designs. One is for Disney World and one is for Disneyland. This is the Disney World one and it features the Yeti from Expedition Everest! Kristin and I both love this ride, and Animal Kingdom is my favorite park, so it’s the perfect gift. I also have the letter B, so I am on the way to spelling my name!

What’s in my mug: Kristin not only sent me the mug, she sent me some coffee as well! It’s from my favorite coffee company, Expedition Roasters. This one is called Hook’s Revenge and it’s inspired by Peter Pan. The flavor is red velvet cake, which really feels like a special treat in the morning. 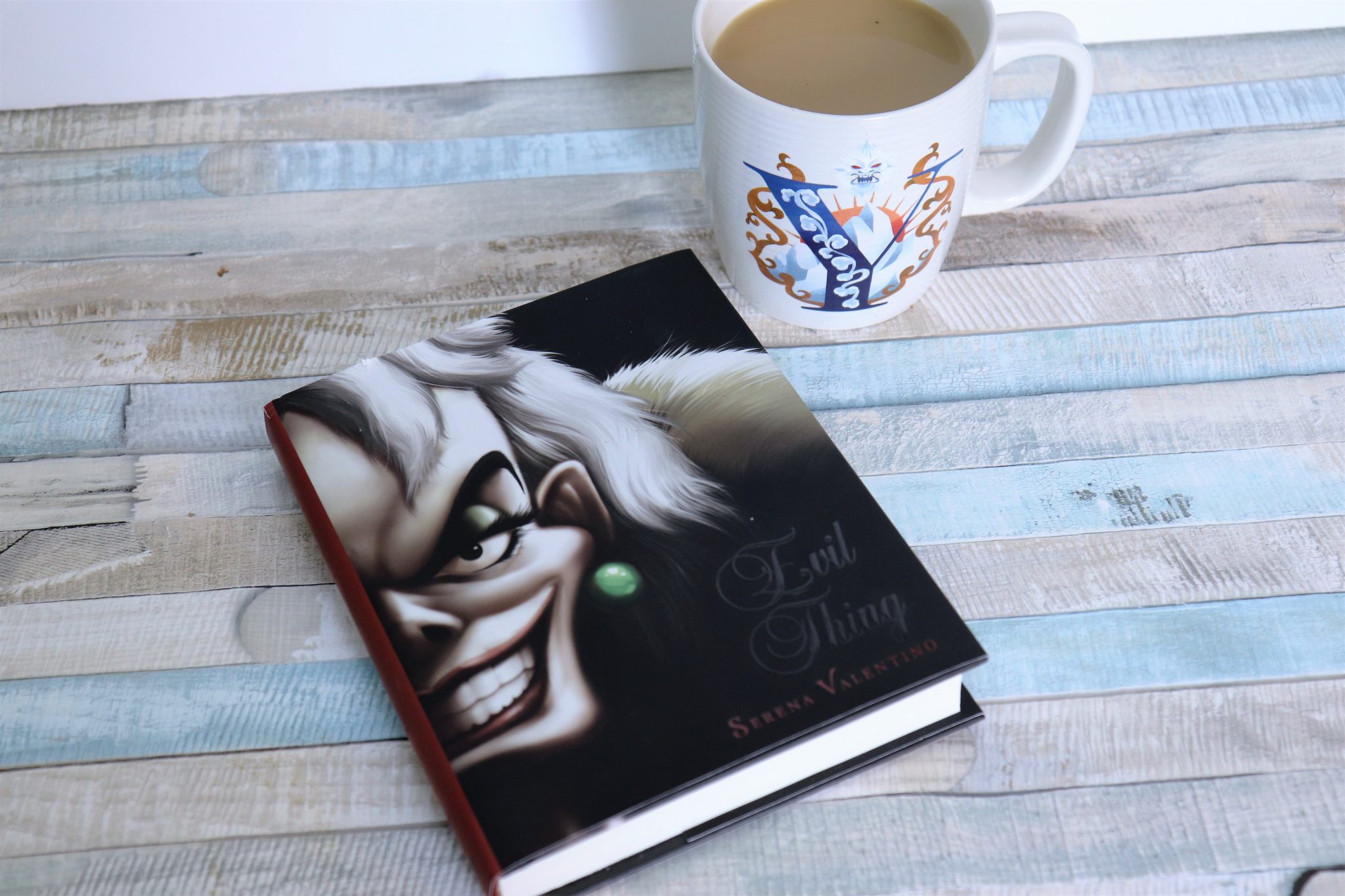 What I’m currently reading: I’ve recently started Evil Thing, which is the 7th book in the villains series from Disney. Most of the stories focus on a different villain and share their backstory and often how they became evil. I’ve read all of the previous ones (you can find my reviews on Mother Knows Best, Poor Unfortunate Soul, and the Beast Within). They’ve been rather hit or miss, but even though I’ve just started this one about Cruella DeVil my hopes are a little higher. Many of the earlier books featured original characters named the Weird Sisters, who I didn’t like, and from some of the reviews I’ve read they aren’t as involved in this one which is good!