You are here: Home / At Home / Disney mug of the month: ABC letter B 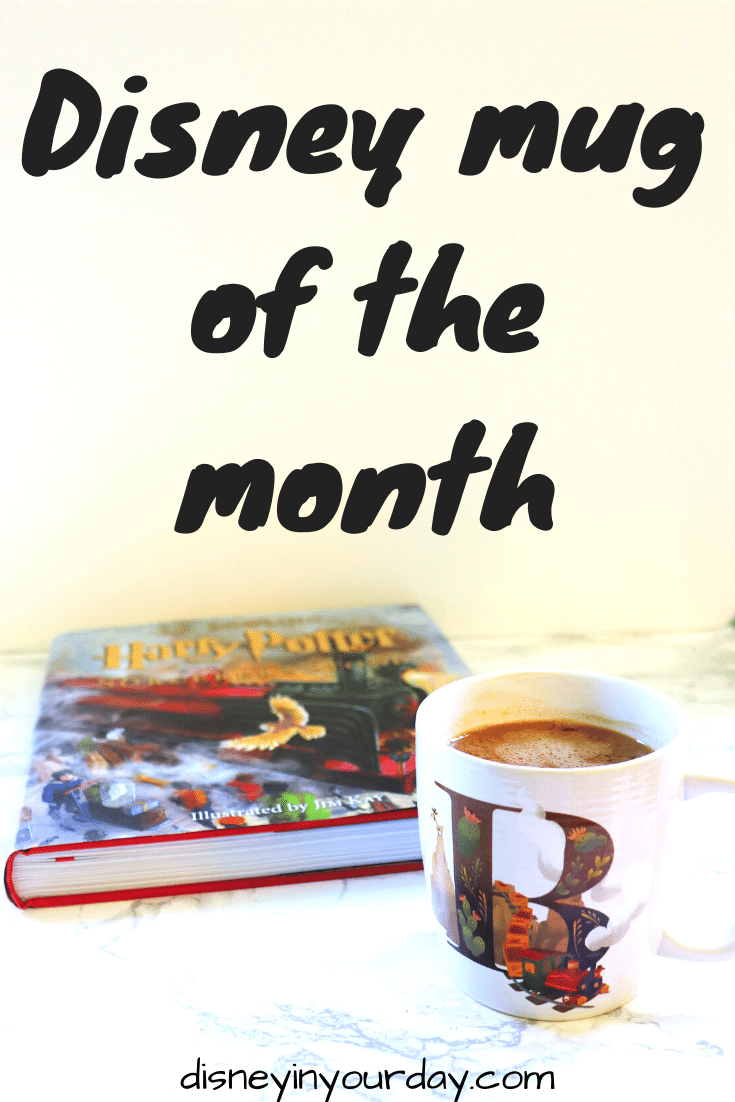 Shortly before the parks closed Disney had released a new collection of mugs (and other trinkets, but the focus was mostly on the mugs). It was the ABC collection, and there are 26 mugs – one for each letter of the alphabet. Actually, there are more than 26, because a few letters have different versions. But each letter represents something from the Disney Parks. There is a set for each coast, which is why you see different versions of some things. For example, the letter C is for castle so there is one mug with the Disney World castle and one with the Disneyland castle.

Since they came out I have been on the hunt for the letter O, because this one is the orange bird… but it’s been pretty impossible to find. They update the availability on ShopDisney every so often, but I still haven’t seen that one come up. I like a lot of the designs though, so I eventually decided to buy the letter B. It’s the first letter of my name and I enjoy Frontierland and Big Thunder Mountain Railroad! 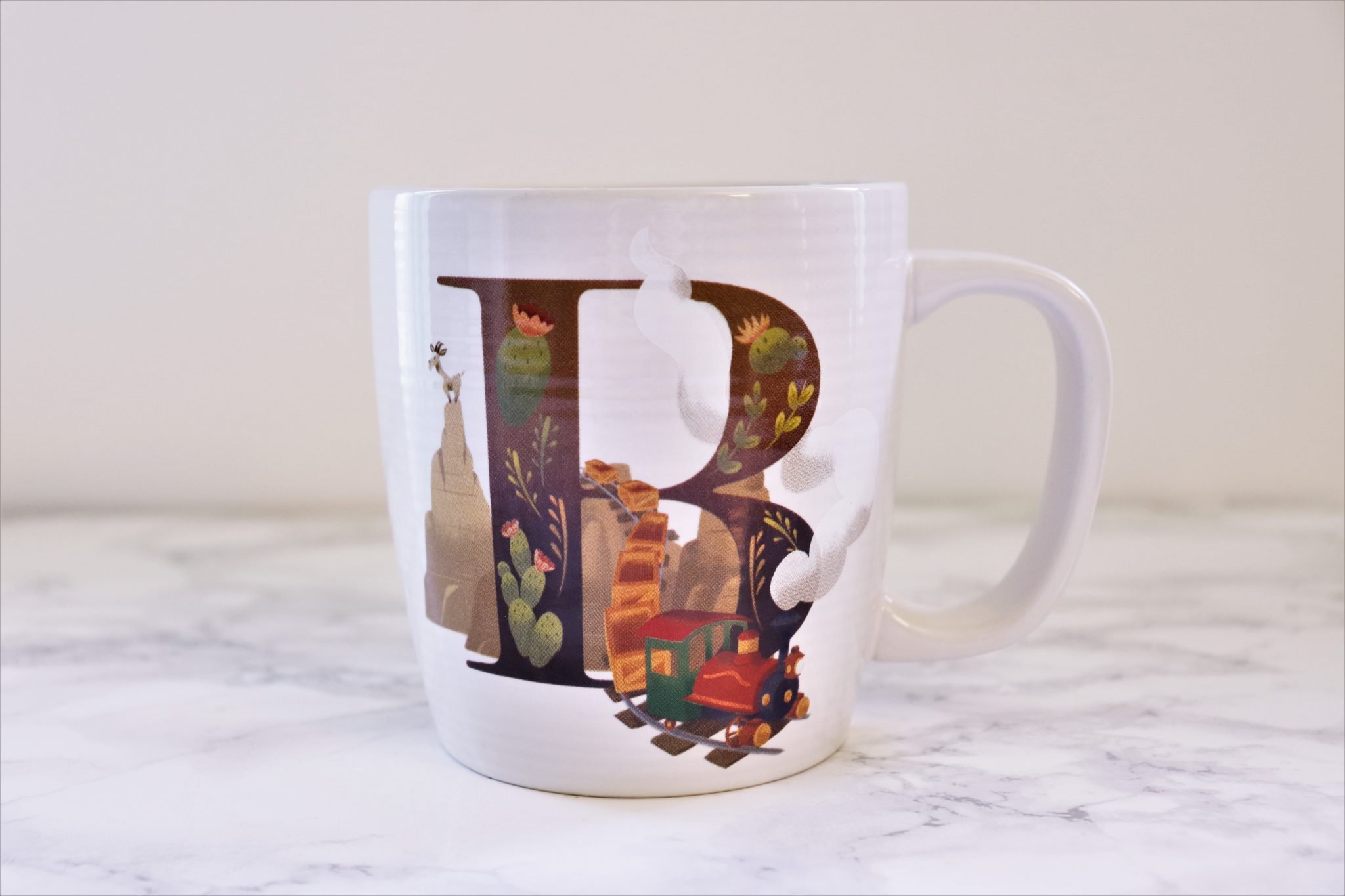 The main focus is the letter B, but it’s decorated with fun Big Thunder Mountain details. You’ve got the mountains and the trains, and even the goat makes an appearance in the back there! The letter itself is decorated with cacti. The mug is white and it’s hard to tell from the photos but it’s got a slightly ribbed texture to it, which makes it look a little more unique and fun. There is nothing on the back. I think these designs are really fun and now I’m wondering if I need to collect the E, C, K, and Y to spell out my name!

What’s in my mug: I’ve just opened a new coffee I had gotten for Christmas! It was a gift from my friend from Australia, so trying some Australian coffee is exciting. It’s a caramel flavored coffee and it’s quite tasty – I only waited this long to open it because I was trying to use up some of the other coffees I already had! 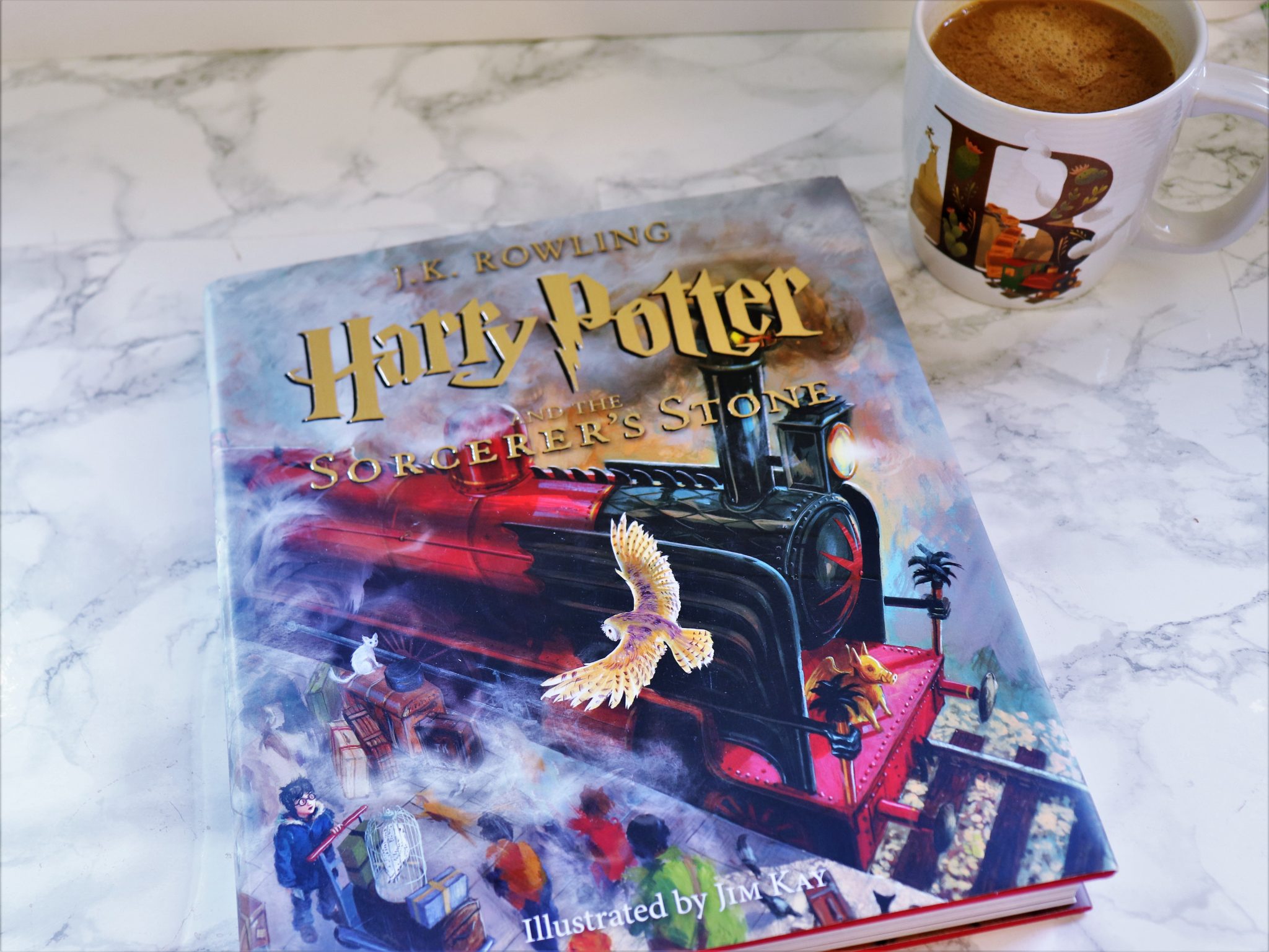 What I’m currently reading: During these times I find myself turning back to Harry Potter. I’ve read them so many times, but they are like the book equivalent of comfort food for me. I saw a meme that said that re-reading a book during high anxiety times can be comforting because you already know what’s going to happen and it’s reliable. That’s definitely the case here. And I’m doing something a little different because I’m reading the illustrated copy for the first time! The art is absolutely beautiful and makes this re-read even more interesting and fun.