You are here: Home / At Home / Disney mug of the month: Trader Sam’s 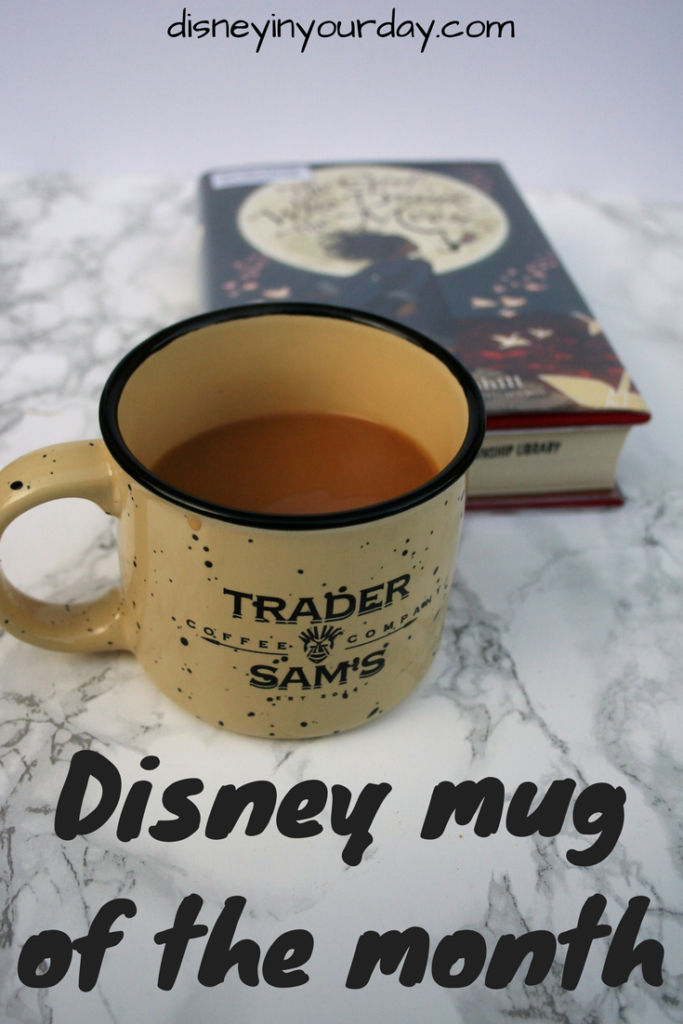 I’ve gotten two new mugs already this month, with at least one or two more on the way or that I’m planning to buy.  I’m also reading a couple of good books right now so it was hard to figure out all the things I wanted to feature in this mug of the month blog post! 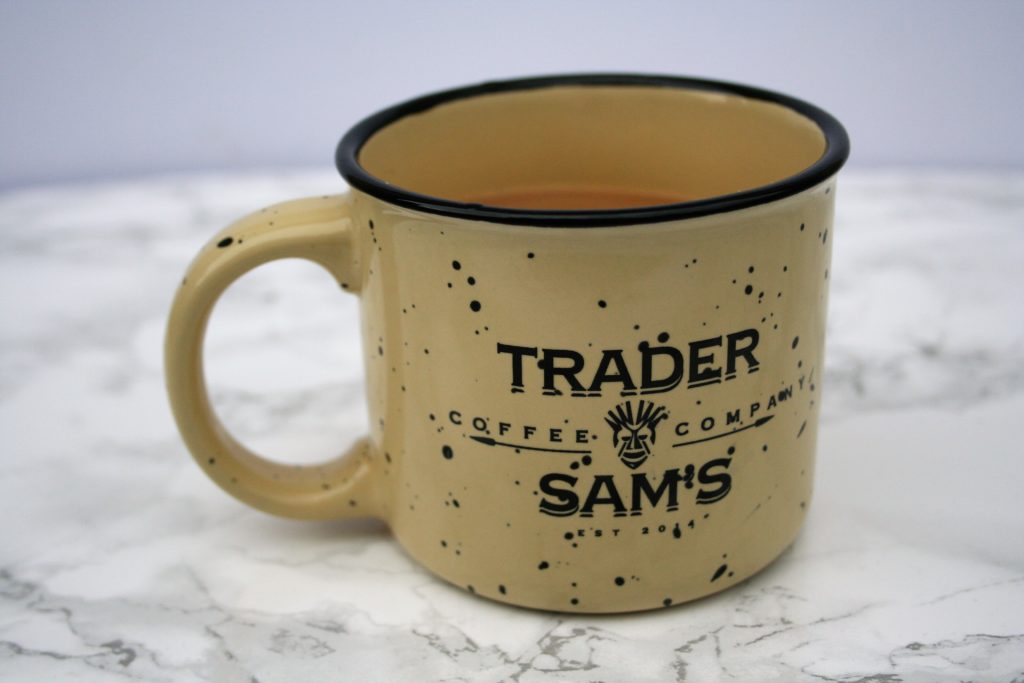 But the one I’ve been using most is one that you might already have seen featured on the blog earlier this month.  It’s from the Disney inspired coffee company Trader Sam’s coffee, and has their logo on it.  It’s a nice, big mug to hold plenty without spilling!  Their logo is really fun and I love the name and the Disney connection so I’m excited to be using this mug. 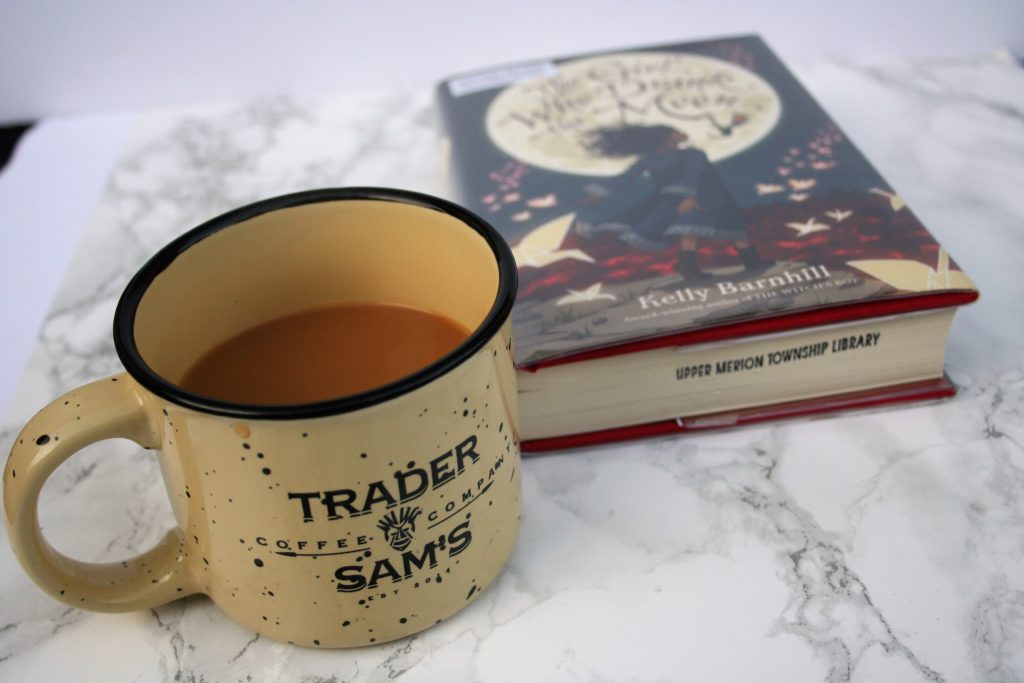 What’s in my cup:  Of course with a Trader Sam’s mug I have to be drinking Trader Sam’s coffee!  I absolutely love the banana pie coffee I got from them (called the Skipper’s Brew and inspired by the Jungle Cruise).  I highly recommend you check them out – use the code EXPLORER to get 10% off your order.  They have some new flavors coming out soon too! 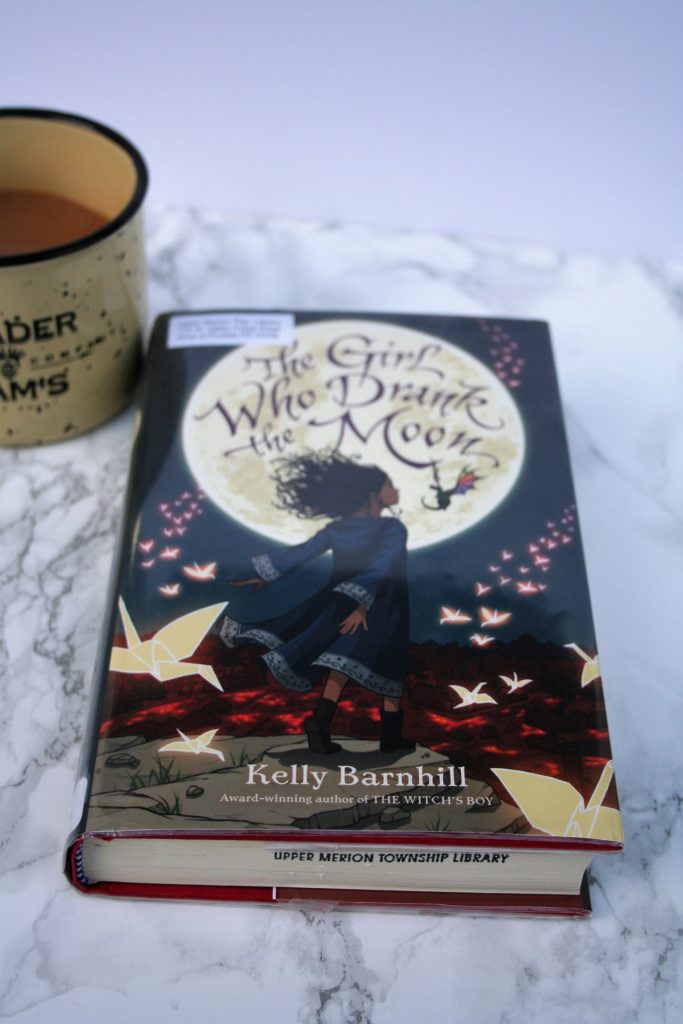 What I’m reading:  I’m getting towards the end of this book, called The Girl who Drank the Moon by Kelly Barnhill. As you might know I’m a children’s librarian, and this book just won the 2017 Newbery award last month.  The Newbery goes to the best book in children’s literature published in the previous year.  When it was announced I hadn’t read it so I knew I needed to grab it off the shelf!  I’ve got 100 pages left and so far I’m enjoying it.  It’s about a girl who has magic but doesn’t know it until she reaches her 13th birthday.  There’s a lot of other interesting things going on too but I don’t want to spoil it.  While I wouldn’t say it’s the best I’ve ever read personally, it clearly has a lot of literary merit and is well crafted so I can see why it won.  I’m hoping the ending is very satisfactory!

What’s in your mug this month?  And have you read any good books recently?