You are here: Home / Books / Disney mug of the month: Mad Tea Party 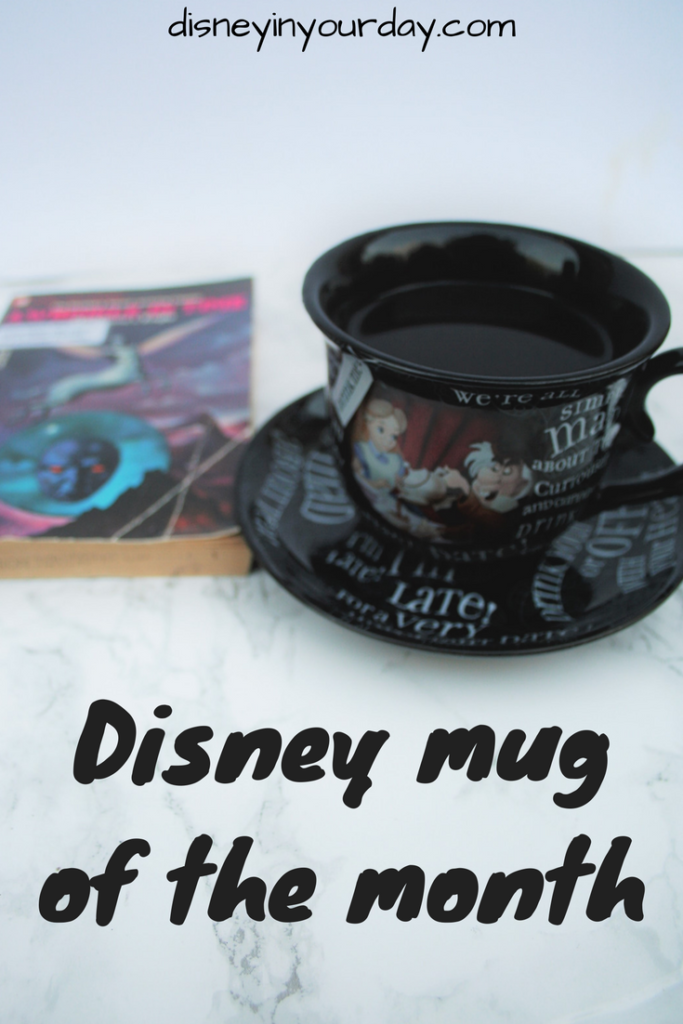 You might argue that this is not a mug because it is, in fact, a teacup.  However, I still count it in my mug collection.  Mugs come into so many shapes and sizes these days and teacups do have many similarities to mugs.  In fact, dictionary.com defines a mug as follows: “a drinking cup, usually cylindrical in shape, having a handle, and often of a heavy substance, as earthenware.”  I’d say that this sort of teacup fits all of those requirements myself. 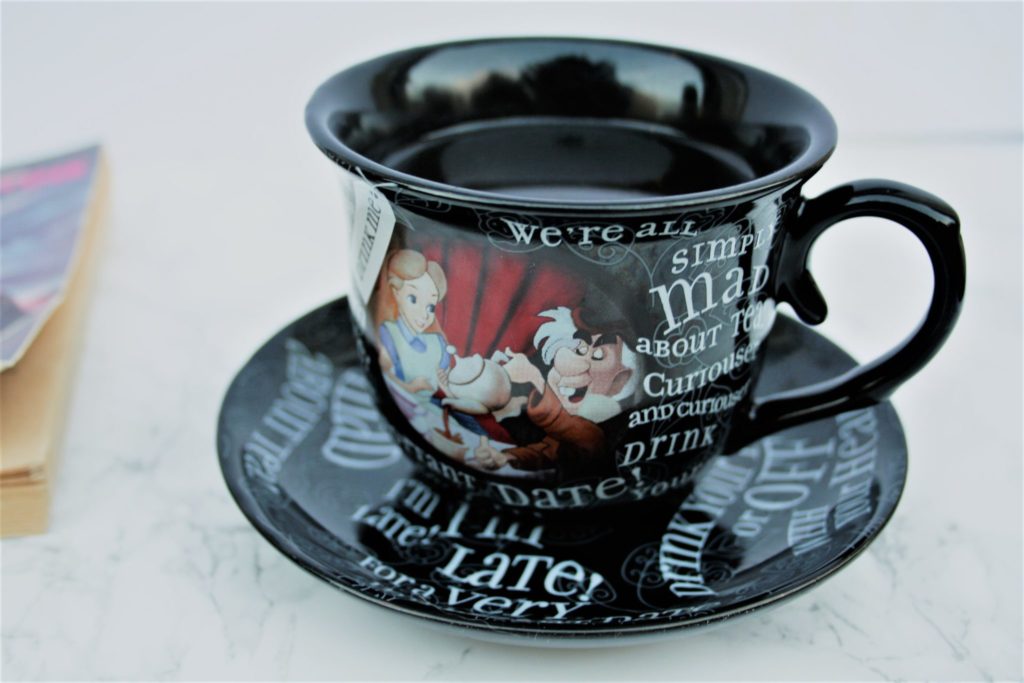 This teacup is actually part of a 2-piece Alice in Wonderland set.  This cup features Alice/Mad Hatter and the Cheshire Cat, while the other teacup has the Queen of Hearts and the White Rabbit.  It’s fun to have different designs on each side. 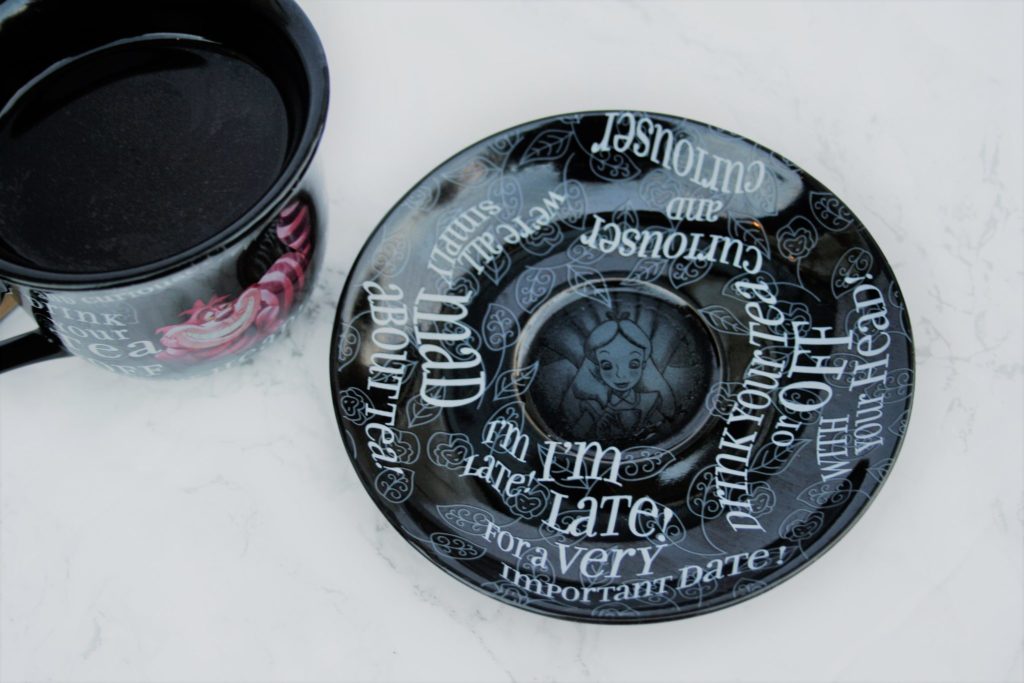 I also love the saucer that comes with it.  In addition to the artwork on the cup itself, there are a number of famous quotes from Alice in Wonderland on the cup (and specifically a lot involving tea!).  This design continues on the saucer.  It looks like a lot going on, but that seems appropriate for Alice in Wonderland.  It’s a movie that’s rather crazy and all over the place, just like this teacup. 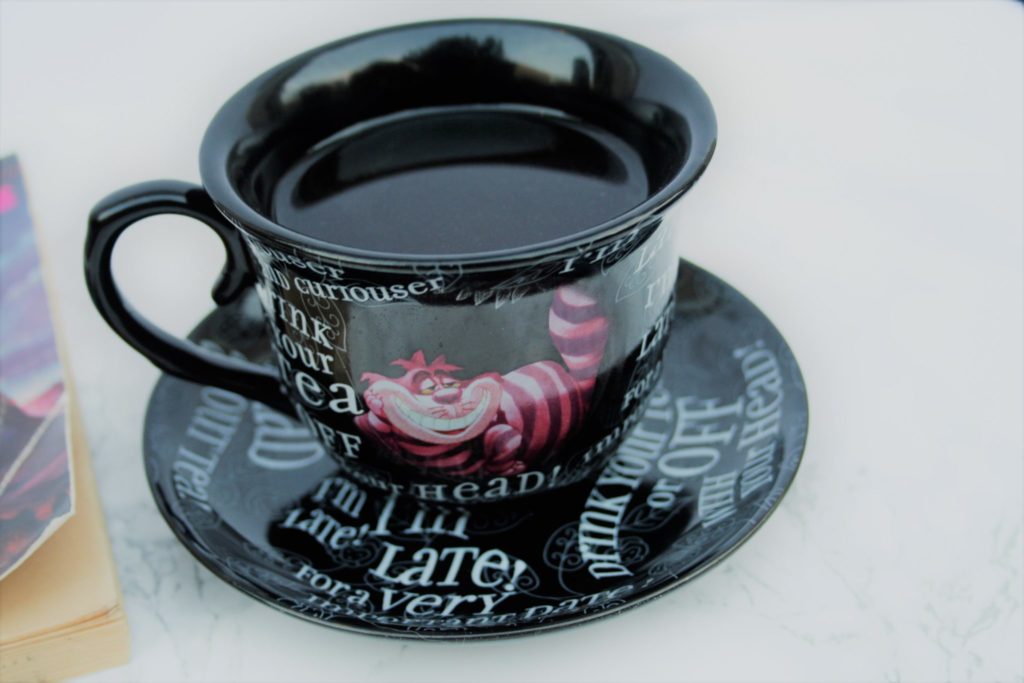 What’s in my cup:  I know I’ve mentioned Pixie Dust Pals on here a number of times, which is an exchange group that I’m in where we basically send each other Disney presents.  My pal last round sent me adorable Harry Potter teacups (which I would totally feature here if I didn’t have a Disney specific blog!).  Along with the teacups she also sent me s’mores flavored tea.  It’s oolong and smells amazing while tasting great too. 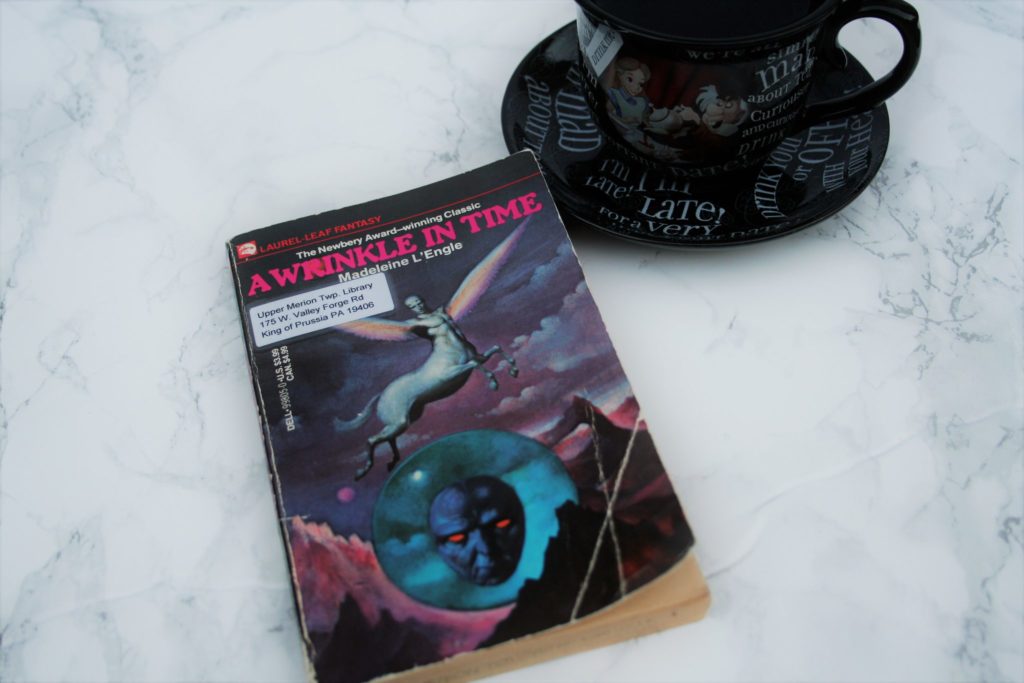 What I’m currently reading:  I’m re-reading a childhood favorite, A Wrinkle in Time.  Disney has a new movie version coming out in March which I’m very excited about.  I also decided to lead a book discussion for my middle school students at work on this book, so I definitely needed to re-read it.  I’ve gotten through about half in one afternoon so it shouldn’t take long before I’m finished.  It’s really interesting to see such an early work of sci-fi written for kids, since that’s become much more popular in recent years.  I’m excited that so many other people seem interested in reading this book now too.  We have 15 copies at the library as part of a book set and they’re all checked out right now.  As you can see from my photo, they are also pretty well loved copies.

What are you currently reading?  And what’s in your mug this month?