You are here: Home / At Home / Disney mug of the month: Disneyland Paris 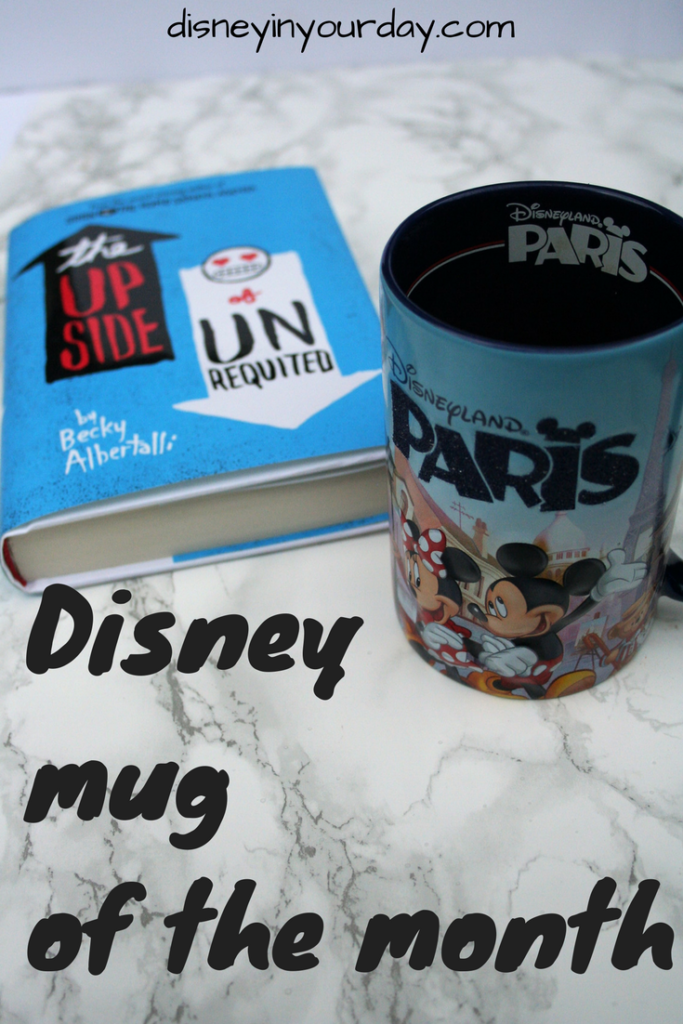 When I traveled over to Disneyland Paris, I ended up coming back with two mugs.  I know, I usually try to limit myself to one per trip, but it was Paris!  Who knows when I’ll be back? Plus I fell in love with the Remy chef’s hat mug, but it didn’t actually say Paris anywhere on it.  And, well, I felt like I needed a mug that actually said “Disneyland Paris.” 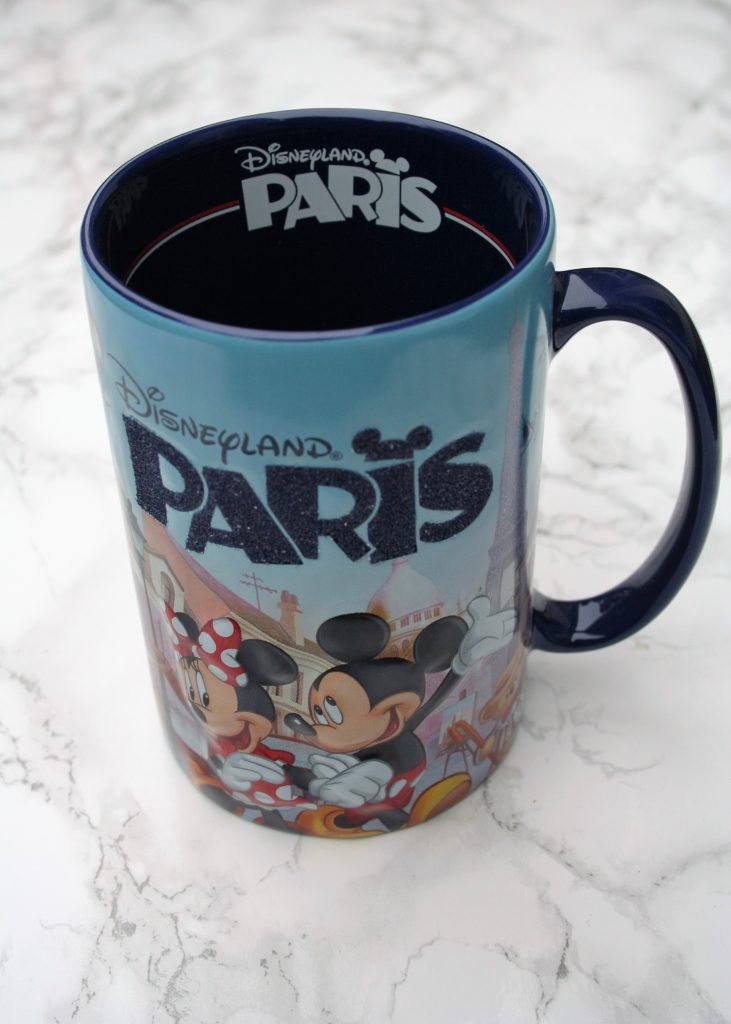 They had a ton of mugs for sale, but not all of them were exclusive to Paris.  Ultimately I ended up with this one, which is huge but has a really fun design.  This one is very classic Disney, with some of our favorite characters on it.  Mickey and Minnie are taking a stroll through Paris, past the Eiffel Tower and down some very typical looking Paris streets.  You can’t quite see it but Duffy and Marie are also taking a little walk together in the corner!  And the Disneyland Paris logo is both on the inside of the mug and in big glittery letters on the outside. 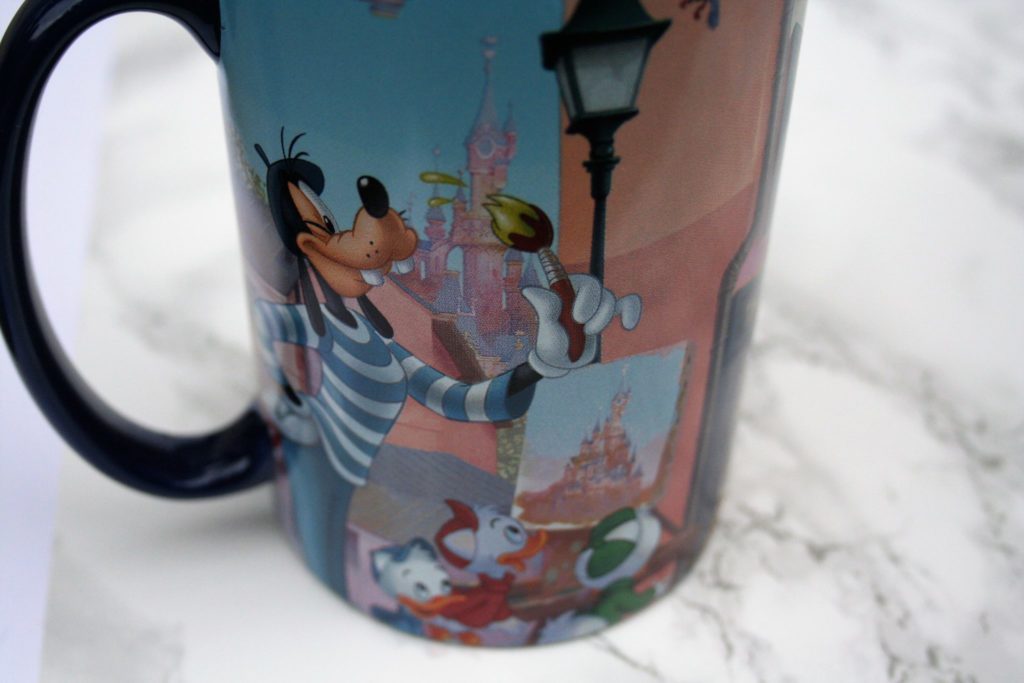 On the other side of the mug you’ve got more favorite Disney friends – Goofy is painting a picture of the Disneyland Paris castle while Huey, Duey, and Louie look on.  He also didn’t quite make it into these photos but Pluto is hanging out there too.  Though I’m not sure why Donald and Daisy aren’t on there somewhere!

What’s in my cup:  Lately I’ve just been drinking my favorite Disney coffee, the Kona Coffee that you can get at Kona Cafe from Joffrey’s.  I don’t drink a ton of coffee (just one cup in the morning and if I’m at work I drink the coffee there), so luckily the bag lasts me awhile. 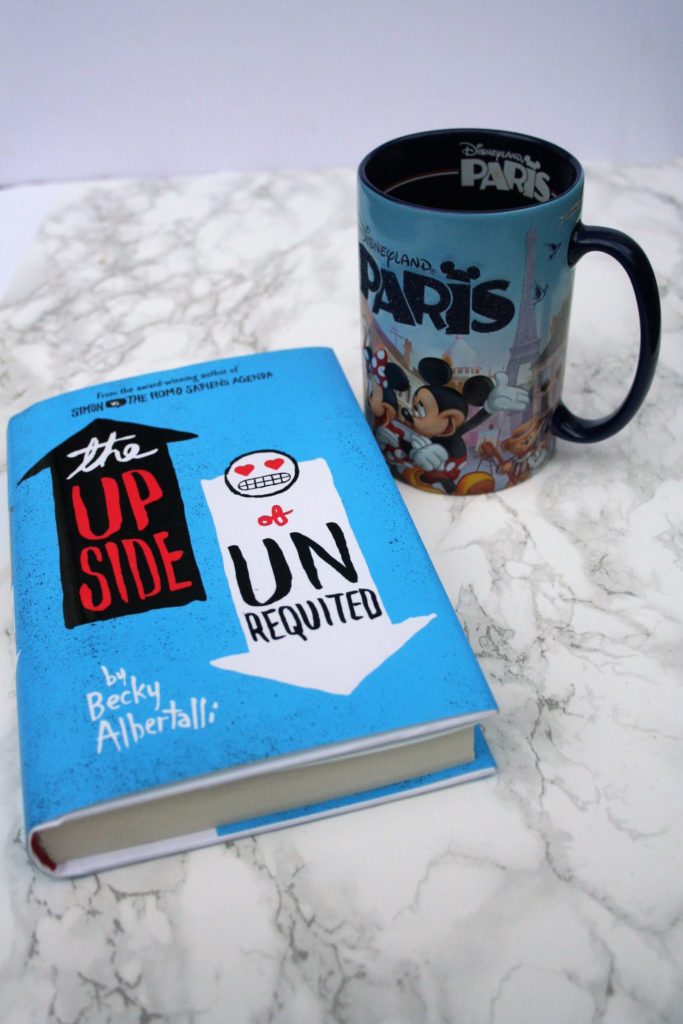 What I’m reading:  I subscribe to Owl Crate, which is a book subscription box that sends you a YA novel and fun book related items each month.  The latest box had the book The Upside of Unrequited, which is a YA romance novel that I’ve been hearing some buzz about in my librarian circles.  I’m about halfway through and I think it’s very well written.  It’s about a girl who has had 27 crushes, but none of them have ever panned out and she’s never kissed someone.  I feels like it speaks very honestly to feelings that many 17 year olds struggle with – it’s almost sad to read about her lack of confidence when it’s clear others don’t see her that way.  But it’s also something that I know my 17 year old self could totally have related to.  And the book is very inclusive – it involves same-sex marriage, interracial couples, and other open minded topics that I definitely appreciate that.  The more we see of that in literature the better!

What’s in your cup right now?  And what are you reading?