You are here: Home / Books / Disney mug of the month: Candy Cauldron 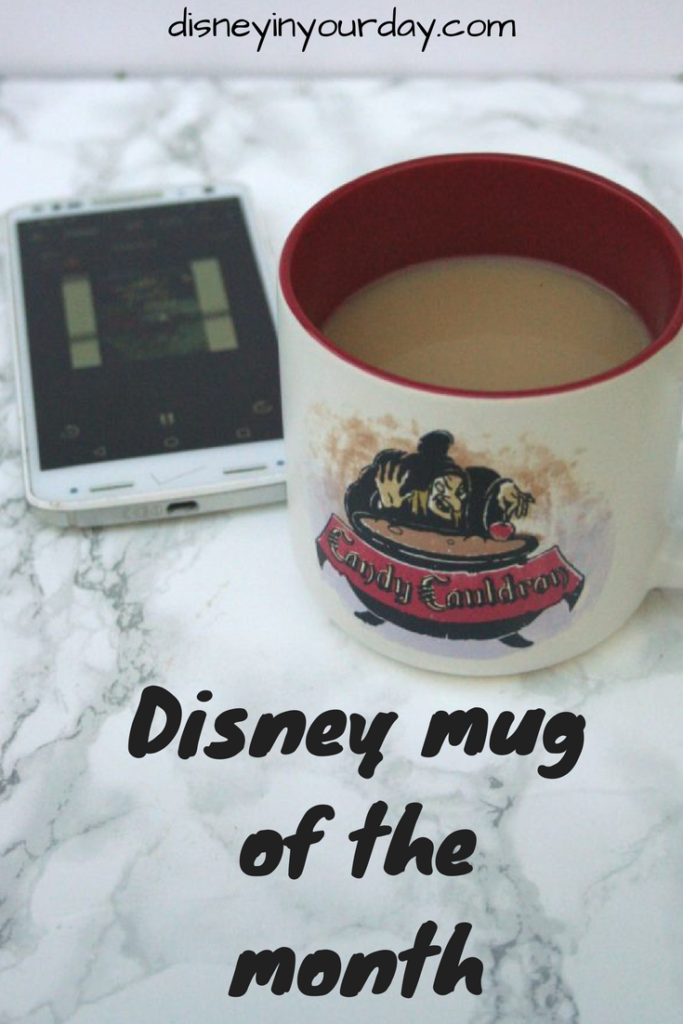 This month’s mug is one that I’ve had for awhile, but it seems particularly appropriate for Halloween and the fall season.  Anything that features a Disney villain is automatically a Halloween decor item to me, and this one has the Evil Queen in her old witch disguise over a bubbling cauldron.  Of course she is dipping an apple into the cauldron, but it’s actually a candy cauldron so it looks like it might perhaps be a tasty caramel covered apple!  Is it a trick or is it a treat? 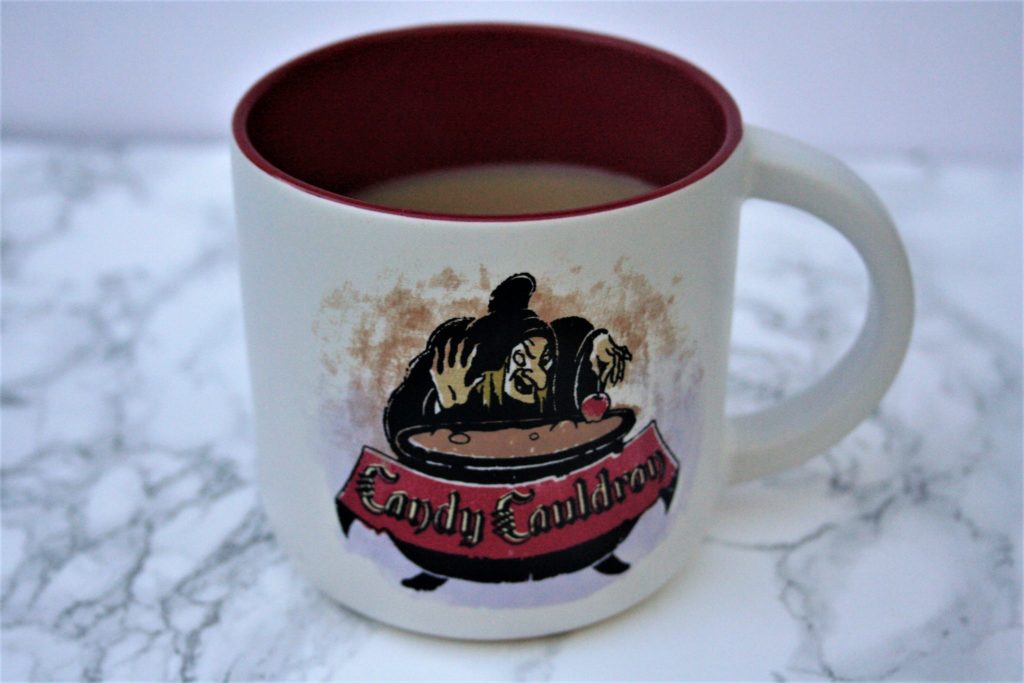 The artwork is kind of a cool retro-style design and coloring, which I think works really well.  Though it’s a white mug on the outside, the inside is a bright red, just like the poisoned apple.  I love the coloring on this one. 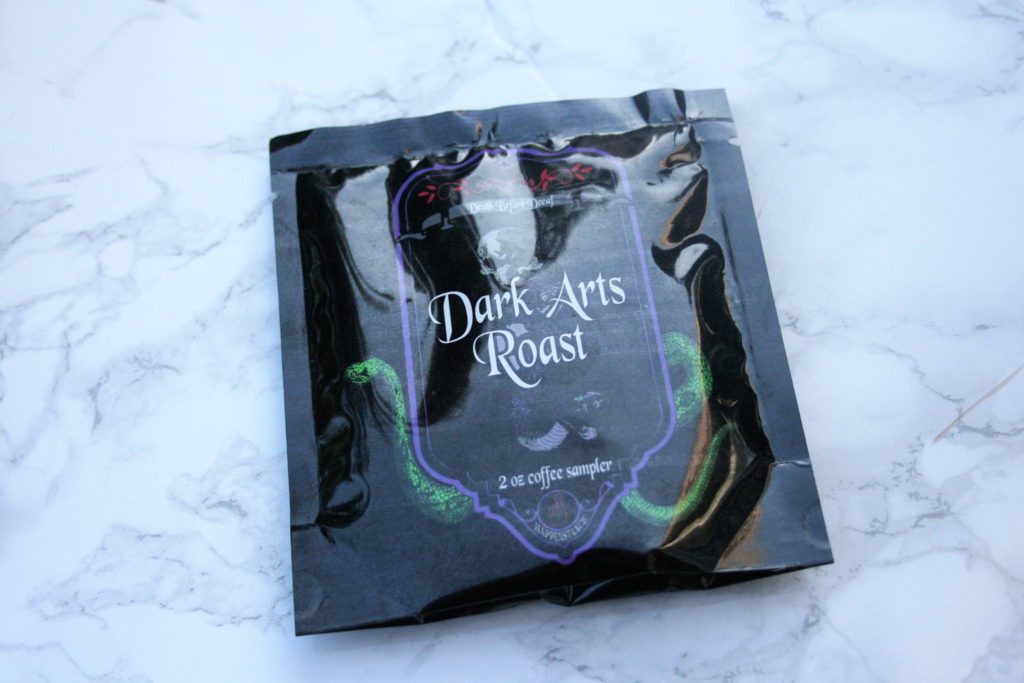 What’s in my cup:  I’ve recently been getting the Owl Crate subscription box, which sends a YA book every month as well as other fun book-related items.  In a recent box one of the items inside was a coffee inspired by Harry Potter called the Dark Arts.  Another villainous item perfect for Halloween-time.  It’s a tasty coffee with hints of chocolate and orange.  And how cool is the artwork?  Happenstance Coffee has a number of fun coffees inspired by different fandoms, including a whole Harry Potter variety pack. 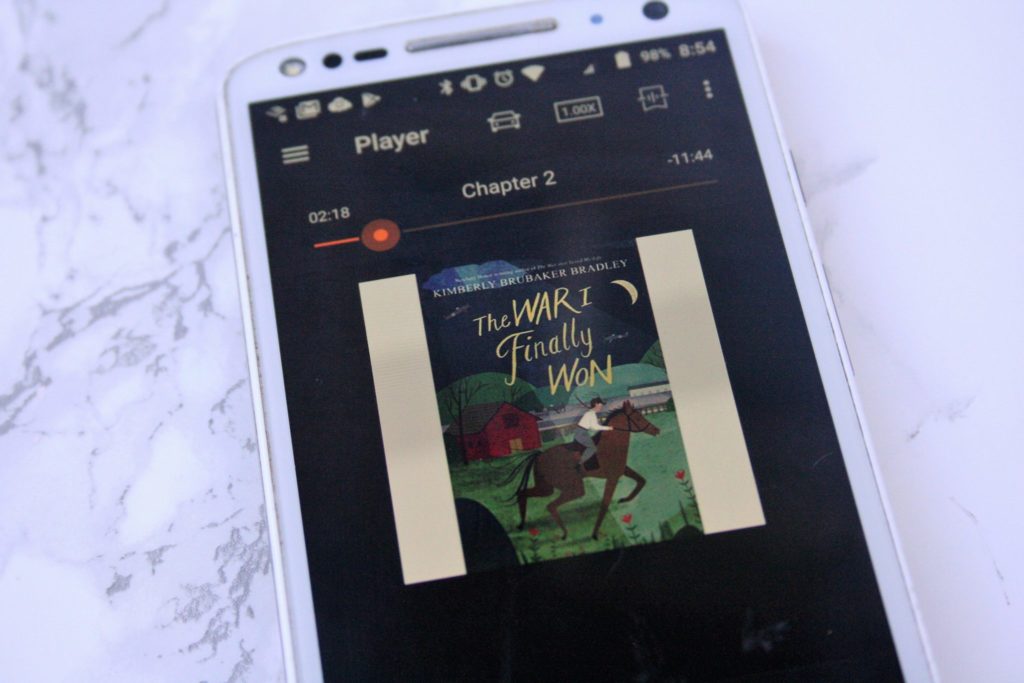 What I’m currently reading:  I haven’t talked about it much on the blog, but one of the best books I read last year, and one of the best books I’ve read ever, is a middle grade historical fiction novel called The War that Saved my Life, by Kimberly Brubaker Bradley.  It takes place in WWII about a 10 year old girl who has been abused her whole life by her mother, but is then sent away to live with someone else because London is a bombing target.  The book is about her discoveries and struggles to realize that she is actually a worthwhile human being, and it is beautifully written.  I did it as a book discussion with the middle schoolers at my library and the LOVED it.  So when I told them a sequel was coming out they literally squealed with excitement.  The sequel is called The War I Finally Won, and I picked it up on audiobook from Audible.  I listen to a lot of audiobooks because I have a long commute and find myself in the car a lot.  These two books are narrated by Jayne Entwhistle, who is fabulous.  I’m so excited to get further into it.

What are you currently reading?  And what’s in your cup for fall?