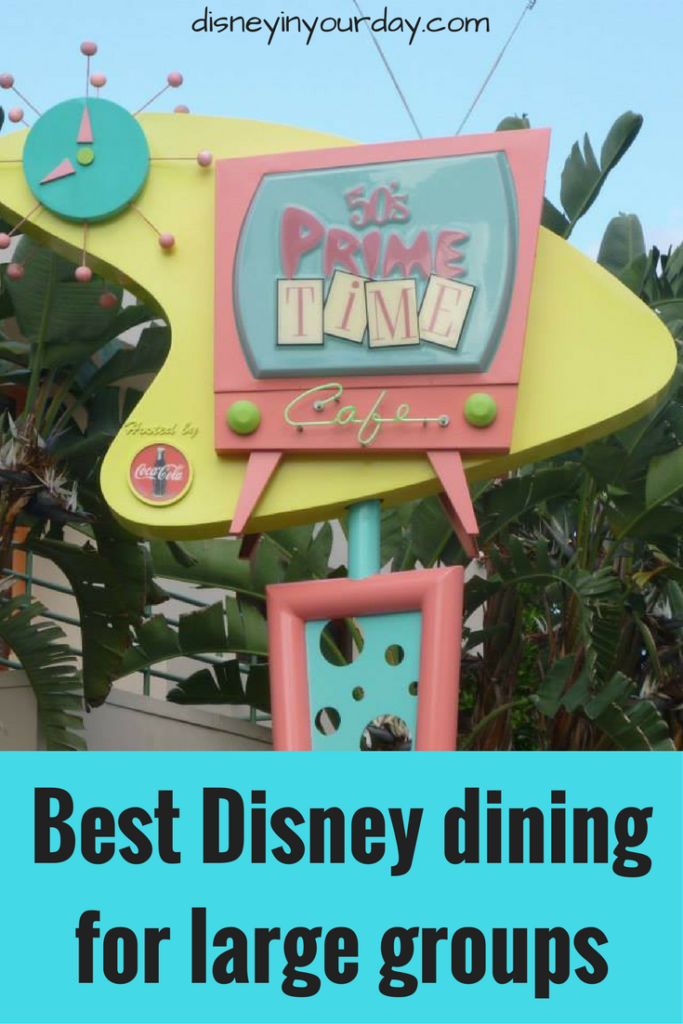 Welcome to this month’s Blogorail Green Loop. Today we are sharing dining tips for your Disney vacation.

There are so many great restaurants in Disney World that one of my favorite parts of a trip is figuring out where to eat.  There are so many options that it can be overwhelming, and when you’re coordinating for a large group it gets even tougher.  I traveled to Disney this past January with 7 people, and next year I have a trip coming up that will be with around 10.  I’ve figured out some of the best places to go (in my experiences) if you’re dining with a large group and wanted to share my top picks with you! 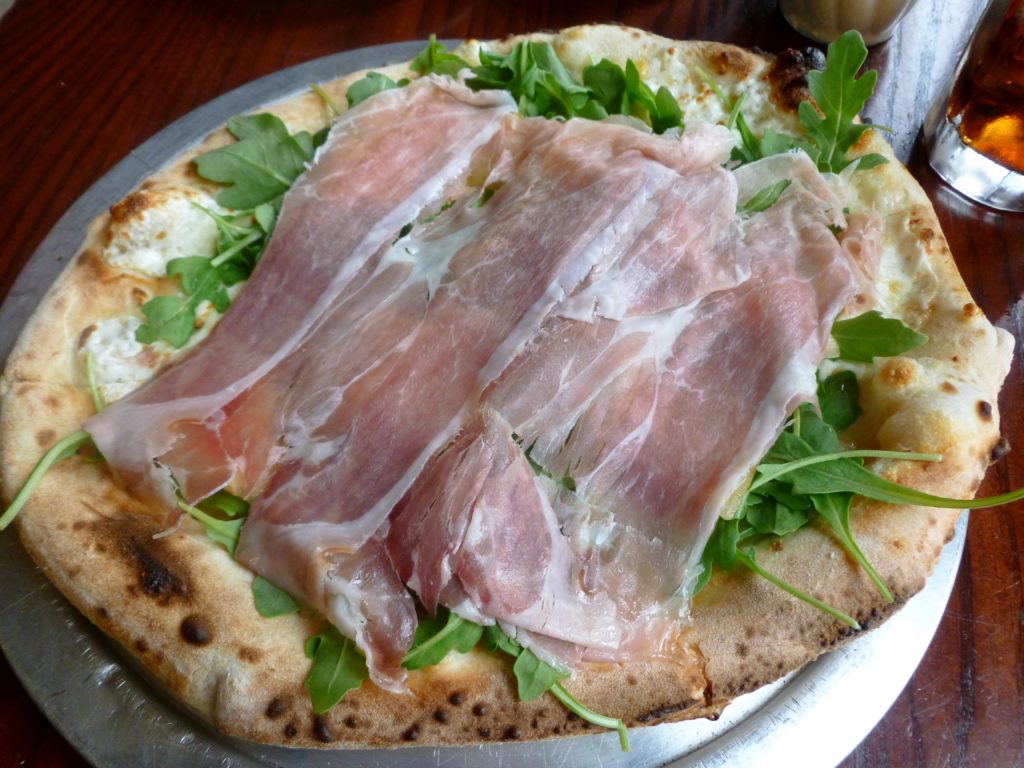 Via Napoli makes the list because it has incredible pizza that is very shareable.  A large pie is about $40, but if you’re looking at 2 slices per person it breaks down to only about $10 per person, which is super reasonable for Disney standards (a personal sized pizza will run you close to $20 there anyway).  And with larger groups you can get a couple of different types of pies to try! 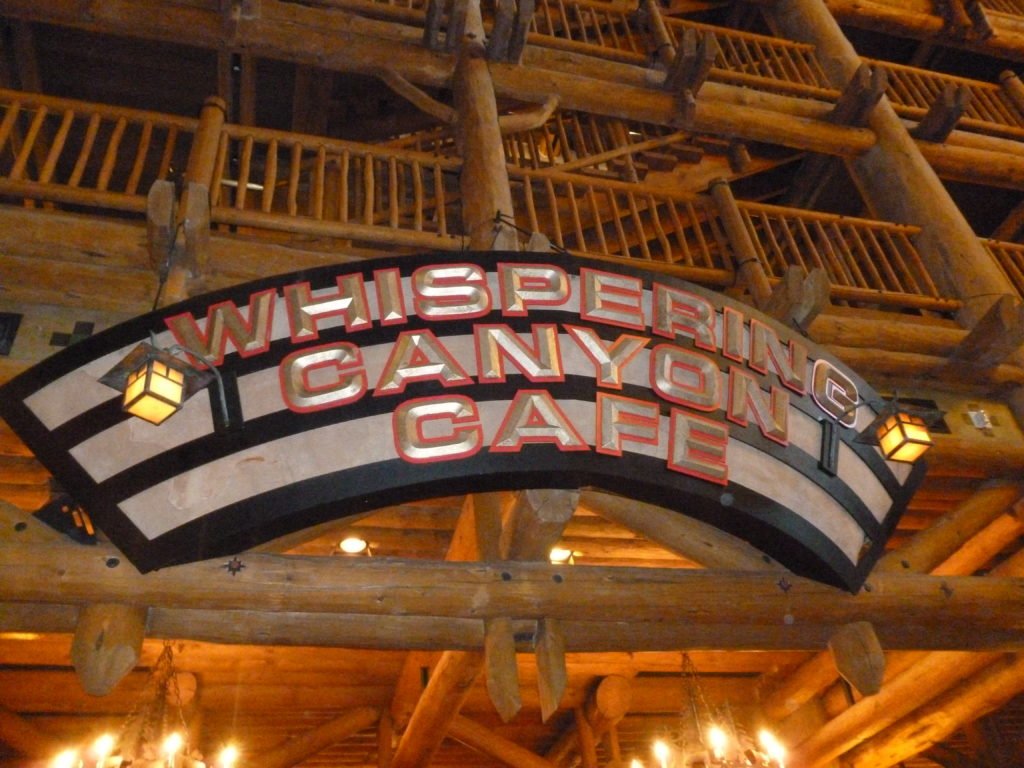 This is a fun, rowdy meal, so a little chaos from having a large group of people will fit right in.  We had a fun meal here in January.  The servers play up their part and with a group it’s fun to interact and play along with them! 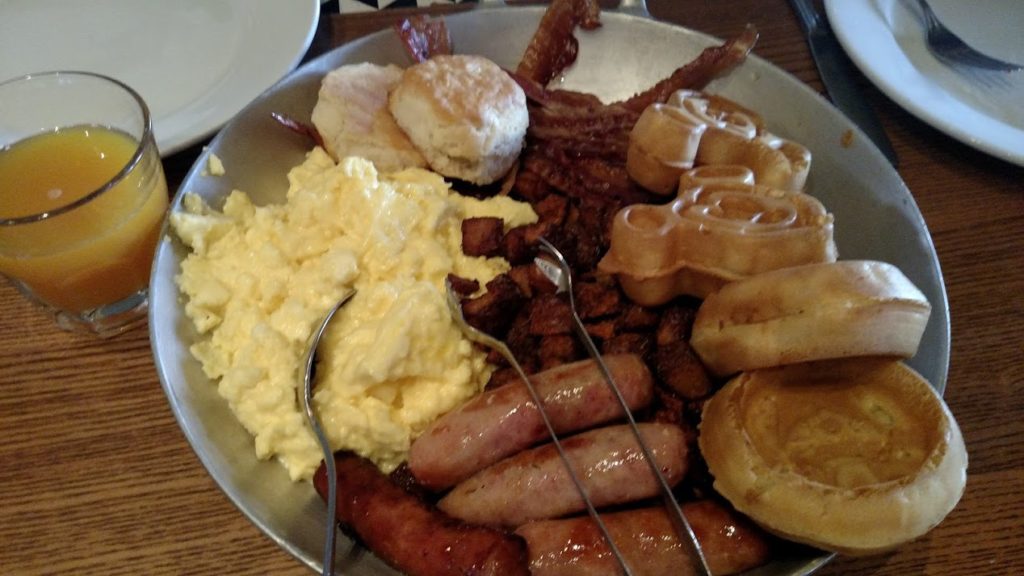 Ohana is served family style which makes it perfect for large groups!  Breakfast has platters of fruit, breakfast meats, waffles, eggs, and more.  Dinner has tons of courses including various meats on skewers that are brought around to the tables and you can get as much as you want of it.  Breakfast has characters, but dinner has an amazing bread pudding dessert – so you really can’t go wrong either way!  Another good meal on property served family style is Liberty Tree Tavern. 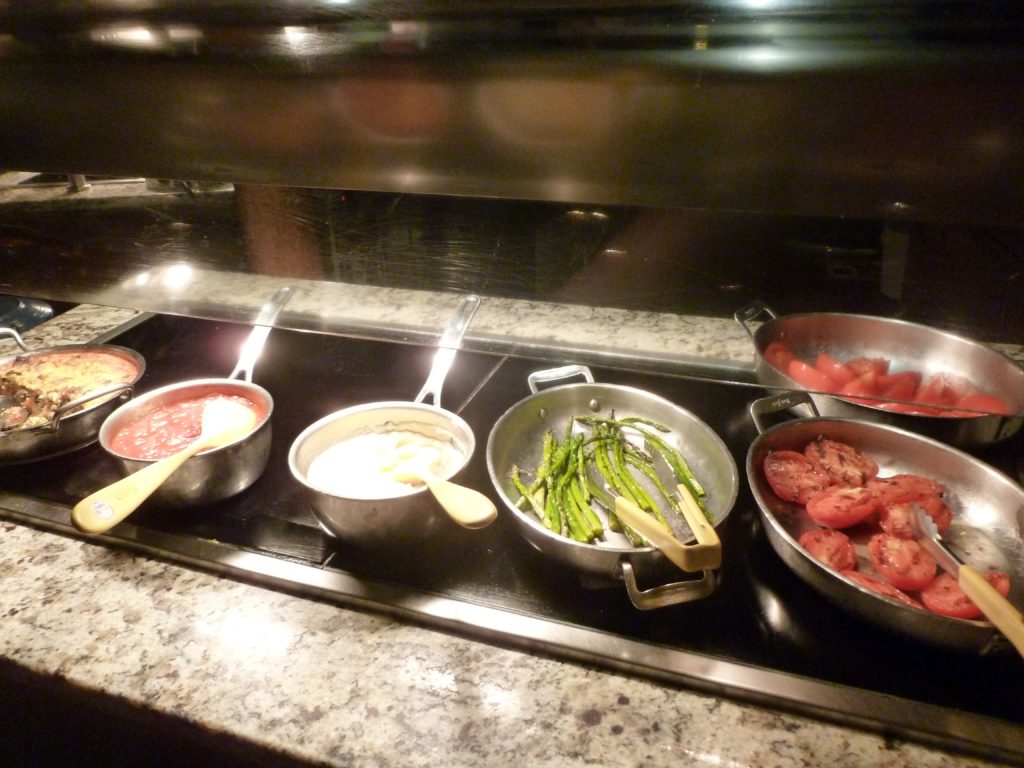 Like family style meals, buffets are often a good choice for large groups.  There’s a wide variety, you’re all paying the same price so it’s easier to split the check, and you can help yourself when you want it.  There are lots of buffets at Disney but Boma is one of my favorites.  It’s at Animal Kingdom Lodge and offers African and Indian inspired foods (but there’s still plenty of plainer options for those who are a little more picky).  The soups are incredible, it’s my favorite resort, and they do breakfast too. 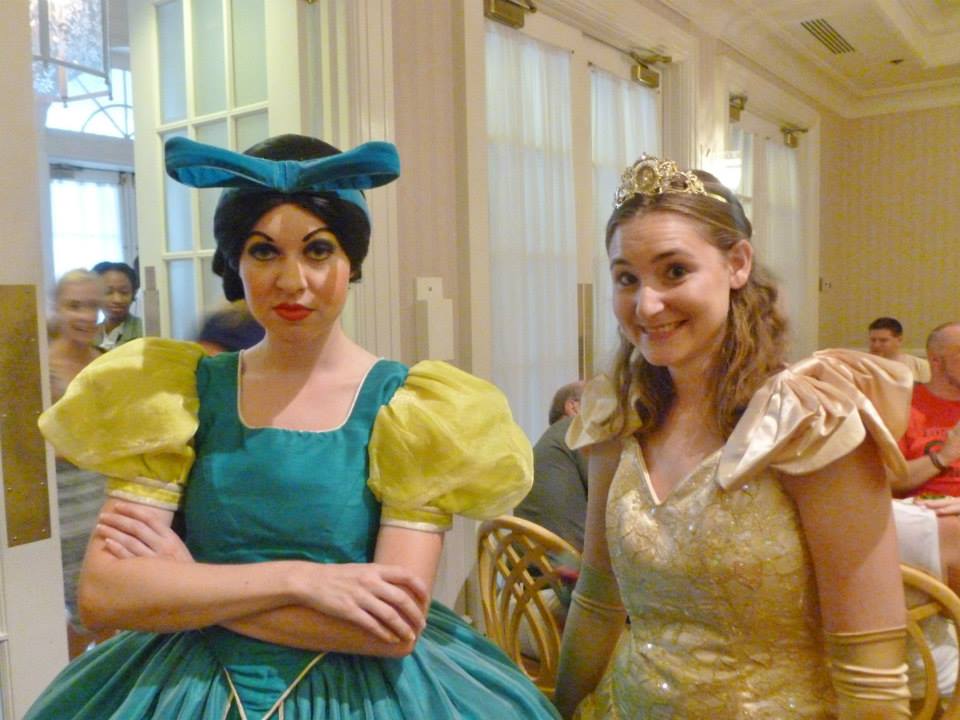 If you have a fun group, a character meal is a must.  There are lots of options, but I’m a big fan of 1900 Park Fare.  It’s a buffet at both breakfast and dinner.  Breakfast has characters like Mary Poppins, Alice, Winnie the Pooh, and the Mad Hatter.  But if you have a group who wants some really fun character interactions, go to dinner.  It’s Cinderella and family, but the highlight is meeting Lady Tremaine and the wicked stepsisters! 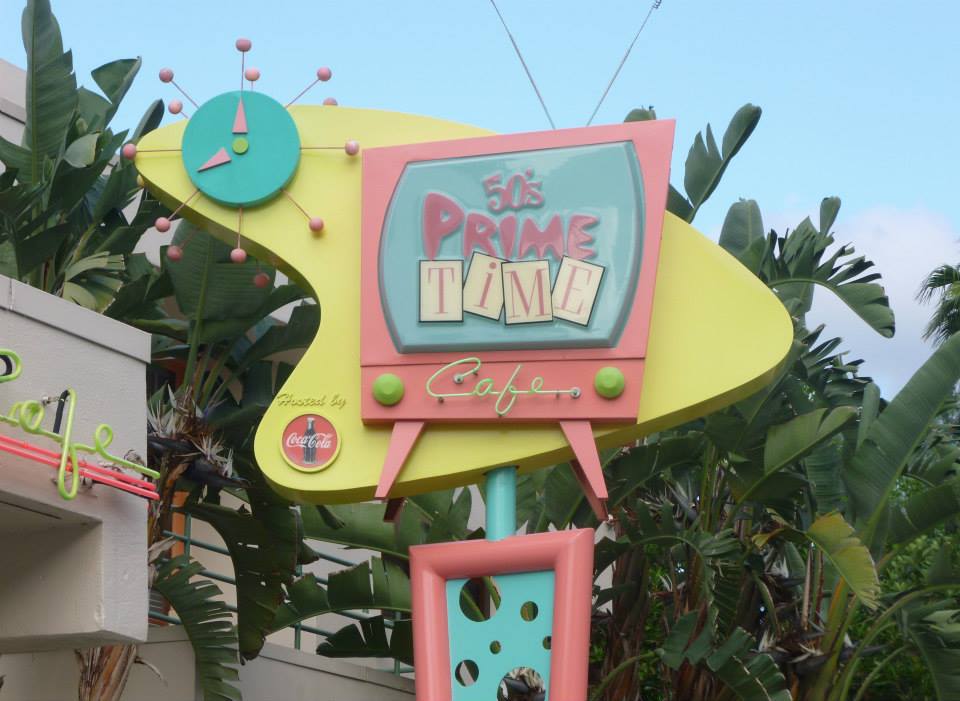 At 50’s Prime Time you’ll find classic American homestyle cooking and a serving staff to match the theme.  Your server is your “aunt” or “cousin,” and they’ll treat you like family – literally!  Expect to be told to keep your elbows off the table or get all of your vegetables before you have dessert.  You can have a lot of fun with this in a big group.

I’ve actually never eaten at Teppan Edo, but I’ve heard a lot of people recommend it for larger groups.  If you’ve been to a local Hibachi style restaurant it’s the same idea.  The tables are large and great for accommodating bigger groups.

This is a counter service restaurant, and it makes the list because of one recent addition on their “secret menu.”  Disney Food Blog shared about the Nachos Rio Grande Challenge at Pecos Bill’s – it’s all you can eat nachos expected to serve 6-8 people (or more!).  It’s not on the regular menu and is only available from 3pm-6pm, but if you love nachos it’s a whole experience and they make a big deal out of it if you order them. 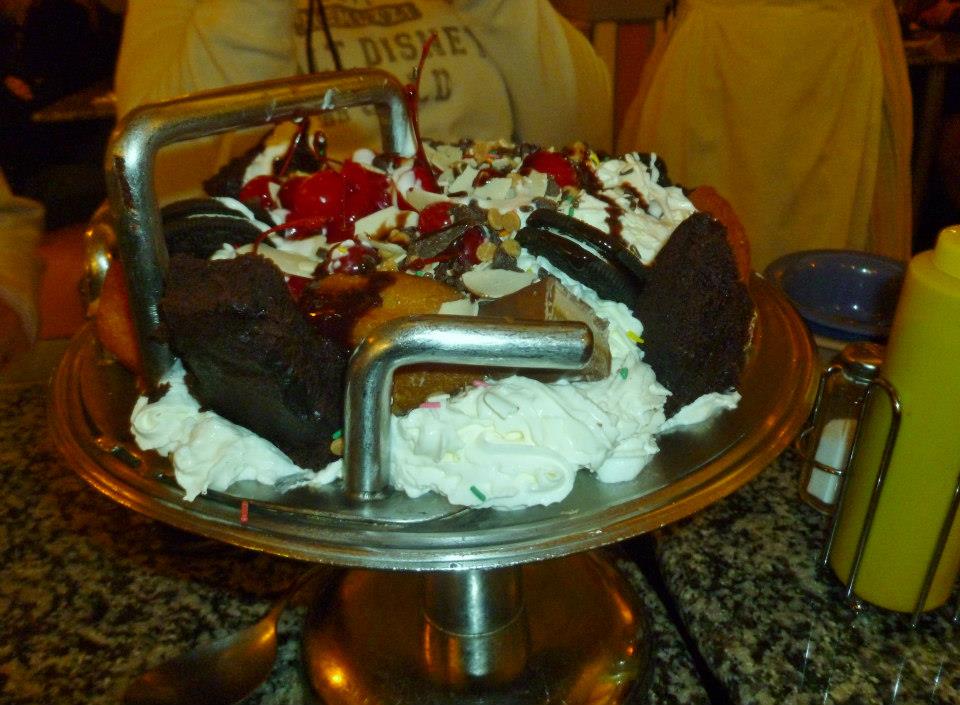 I was hesitant to put this on the list because the actual restaurant itself is very tiny.  It’s hard to squeeze in large groups and you’ll want to make your reservation right at the 180 day mark if you’re thinking about this.  But there is one reason why it’s on here and that is the legendary Kitchen Sink.  Beaches and Cream is a retro style soda shop with typical dishes like burgers and sandwiches, but it’s best known for its ice cream.  The Kitchen Sink is said to serve at least 4 and comes with 8 scoops of ice cream covered in literally every topping they have.  There are full oreos and snickers bars in there.  You’re going to want a big group to tackle that one!

What’s your favorite place to eat when you’re in a Disney with a big group?

For more Disney dining suggestions,
check out the other great posts from the Blogorail!

Here is the map of our Magical Blogorail Green | Where to Eat If . . . Loop: