You are here: Home / Disney Movies and TV / Beauty and the Beast (live action) review 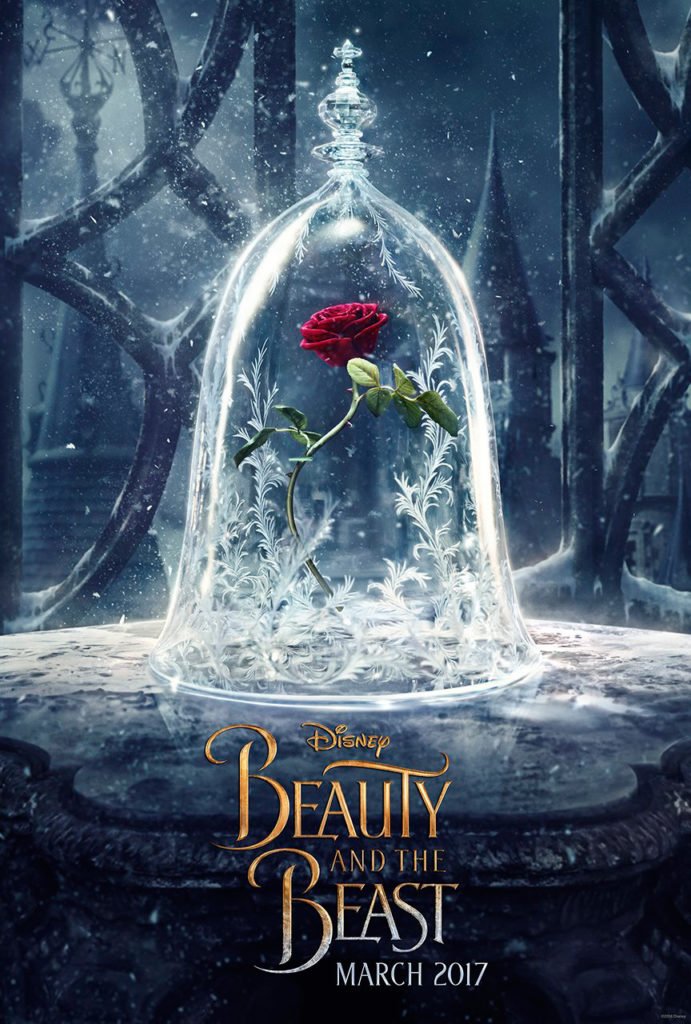 I’m probably one of the biggest Disney fans you know.  And out of all of Disney, Beauty and the Beast is my absolute favorite movie.  So when I found out about the live action remake, I was both excited and scared.  Yes – Beauty and the Beast!  But could it ever live up to what I wanted it to be?

The answer, amazingly, is yes.  I LOVED this remake of it.  And while the animated version will always be my favorite, this one more than lived up to my expectations.  There were so many things that could have gone wrong but I didn’t feel like they fell into any of those traps.  There are a few little things I could nitpick or change, but they’re so minor and just part of the “nothing is perfect” take.  I mean, there are a few little things I’d change in the animated version too! 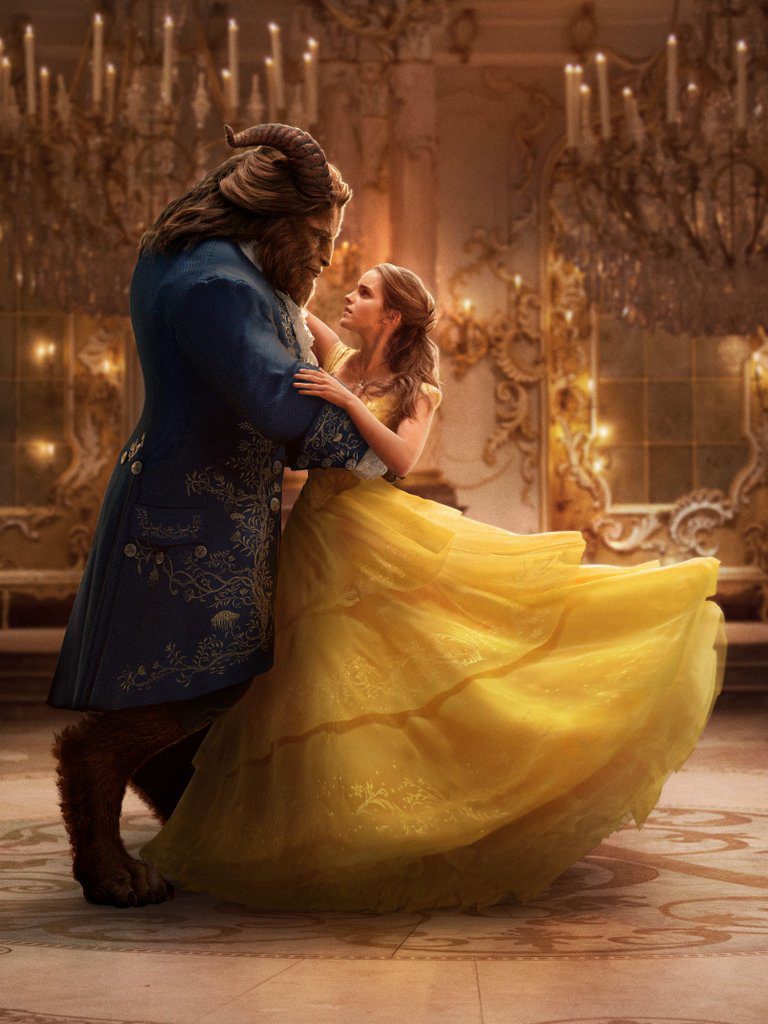 There ARE going to be spoilers in this review.  I usually try to stay pretty spoiler free but everyone already knows the plot and all, so I feel like I need to dive a little deeper into this one.  If you haven’t seen it yet… well, get the theater!

My biggest hope for this film was that it would stay true to the original but not be a carbon copy.  It’s why I really enjoyed the live action Cinderella – it told the same story but added in some new elements.  And this lived up to it.  The plot was all still the same, we just learned more about it and the characters.  We find out about Belle’s mom, and the Beast’s parents.  Some non-essential things are changed, like the Beast actually having been well educated and interested in reading himself.  To me that just makes the story even better because it’s something Belle and the Beast connect on.  It makes their relationship more realistic and natural.  And if he really was a prince it also makes sense that he would be well-educated. 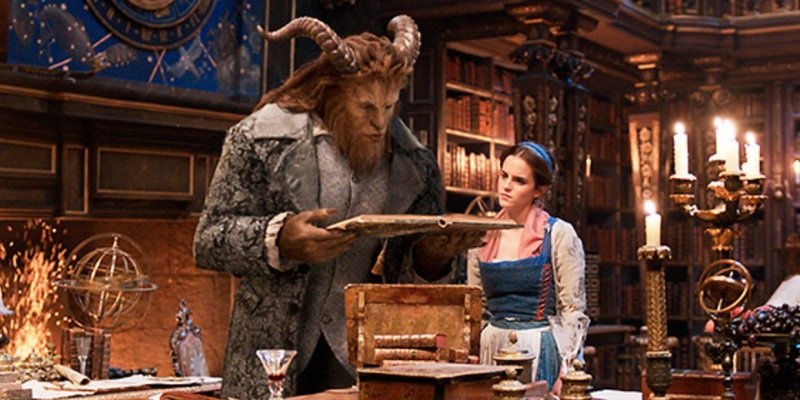 I was also curious to see if this version would answer the big question about the timeline, or what I like to call the “For 10 years we’ve been rusting” problem.  Which is definitely my biggest issue with the original.  If Lumiere says they’ve been rusting for 10 years, but the curse is until the Beast’s 21st birthday, that means the Enchantress cursed a 10 year old, which seems rather harsh.  And then there’s the issue of the Beast’s portrait, and the age of Chip, and… well, it’s a bit of a mess.  This movie does kind of solve the problem, mostly by being more vague with the wording.  The curse says nothing about a 21st birthday (just something along the lines of “until the last petal falls,” not saying exactly when that is).  And Lumiere sings “for too long we’ve been rusting.”  We also see the Prince in the beginning as a pretty much grown adult, or at least in his late teens.  So he was definitely not cursed as a young child, and it’s probably about 2-3 years that they are cursed.

So the music.  Was Emma Watson fantastic?  No, but she certainly wasn’t bad. It was a passable vocal performance and honestly, it didn’t really bother me.  Belle’s songs aren’t all that challenging vocally.  If they had added in something like “A Change in Me,” from the Broadway version, I would have been a lot more bothered by it.  But she did fine, and everyone else did quite well I thought.  Ewan McGregor is awesome as Lumiere doing Be Our Guest, I just wish he actually had more to sing so I could hear that gorgeous voice more.  Emma Thompson turned out to have the perfect Mrs. Potts voice.  But for me one of the best parts of the movie was a new song added called “Evermore,” sung at the end by Dan Stevens as the Beast.  I thought the song was hauntingly beautiful and Stevens did a fabulous job. 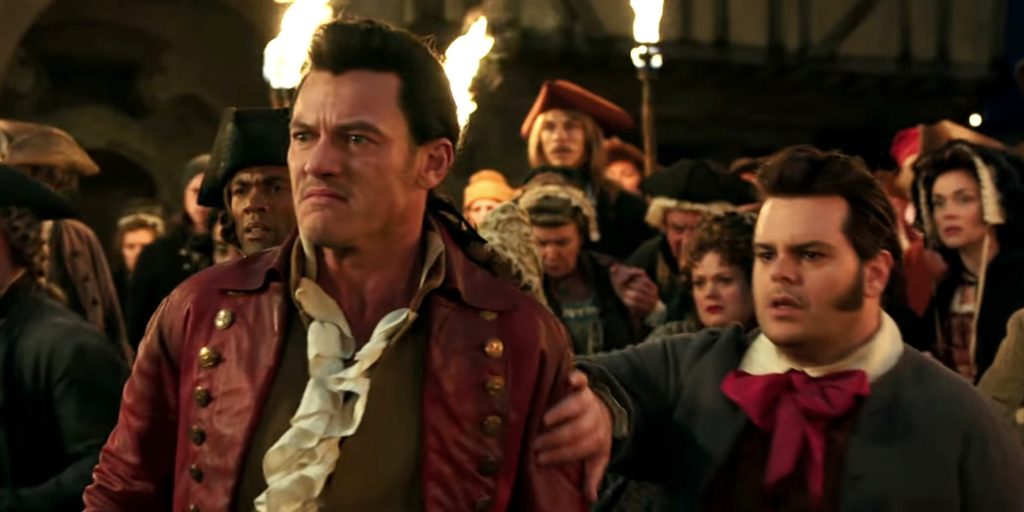 Speaking of the singing, I thought all of the actors fit their parts really well.  I never understood why all the girls were attracted to Gaston, but having Luke Evans in the role… well, now I get it 😉  And dude can sing too!  I can forgive Emma Watson’s less than perfect voice because she fits the role of Belle so well.  But the real highlight of the movie for me was Josh Gad as LeFou.  For a part that could be totally overdone, he managed to be hilarious but also realistic.  He had some of the best lines in the film, for sure.

I’ve heard some people complain about some CGI stuff.  This may be true?  I don’t know, as I literally do not notice these sorts of things.  I am invested in characters, performances, costumes, plot, music – but special effects and the like are just not something that I really care about during a movie and as a result I don’t notice it.  And while there’s no denying that teapots brought to life probably come across better in an animated film, I thought the way that they brought the enchanted objects to life was as good as I could possibly expect from a live action film.

So the small little things I could nitpick?  I’d love to learn more about the new backstories they introduced.  Why did Cogsworth hate his wife so much?  What was Agatha’s story?  And just magically make Emma Watson an incredible singer.  Make the CGI perfect and then I basically don’t have any problems.

So yeah, I loved this film.  I felt like it took my favorite story and just gave me another way to look at it and more reasons to love it.  I’ve seen it twice already and I’m planning on a third time.  It’s beautifully crafted.  They could have sat back and let the story tell itself but they added more wonderful details, and the actors really seemed in touch with their characters.  I am so glad this one was a huge win for me.

Have you seen Beauty and the Beast yet?  What did you think of it?