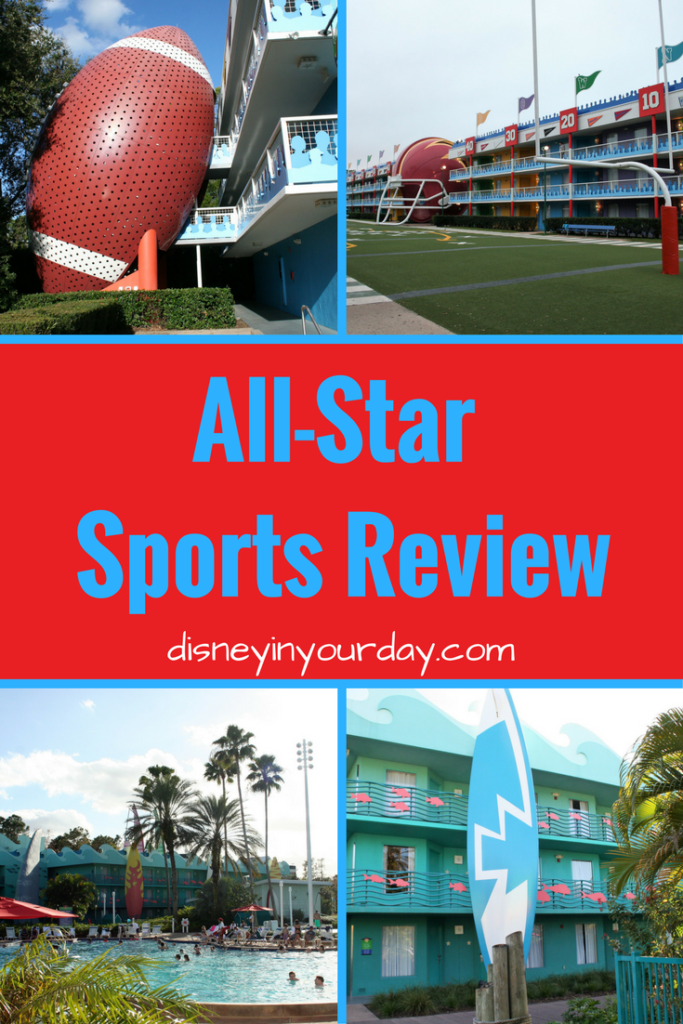 I can now say that I’ve officially stayed in all of the All-Star resorts, and with that all the value resorts!  I know some people can give the values a hard time, but I’m a huge fan.  They are right on property, have fun themeing, all the basics you might need, and they are usually on par with what you’d pay for a typical chain hotel off property (or sometimes even cheaper).  Depending on the season I’ve still found value rooms for under $100 a night.  Sometimes that’s the only way I can go to Disney! 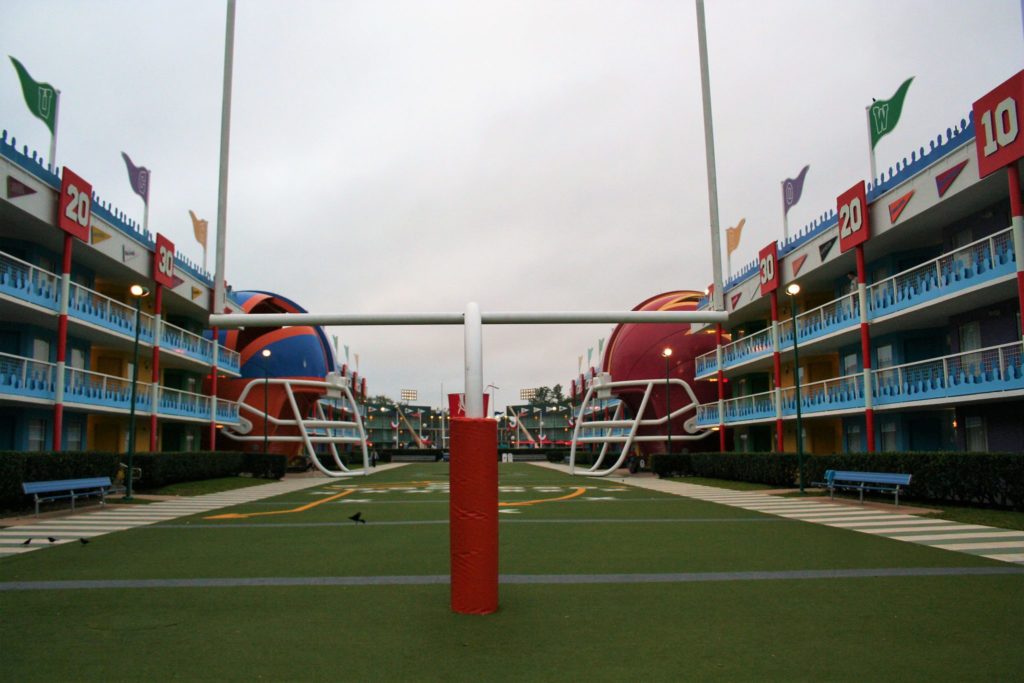 All-Star Sports, not surprisingly, has a sports theme!  Different sections are themed after a different sport, including surfing, football, baseball, tennis, and basketball.  Each section has larger than life, colorful objects to represent their sports.  I had booked a preferred room since I was running the Princess half marathon that weekend – I knew after 13.1 miles of running I wouldn’t want to walk very far to get back to my room!  I was in the Football building on the second floor and it was the perfect location – according to my fitbit, less than 100 steps from my room to the food court! 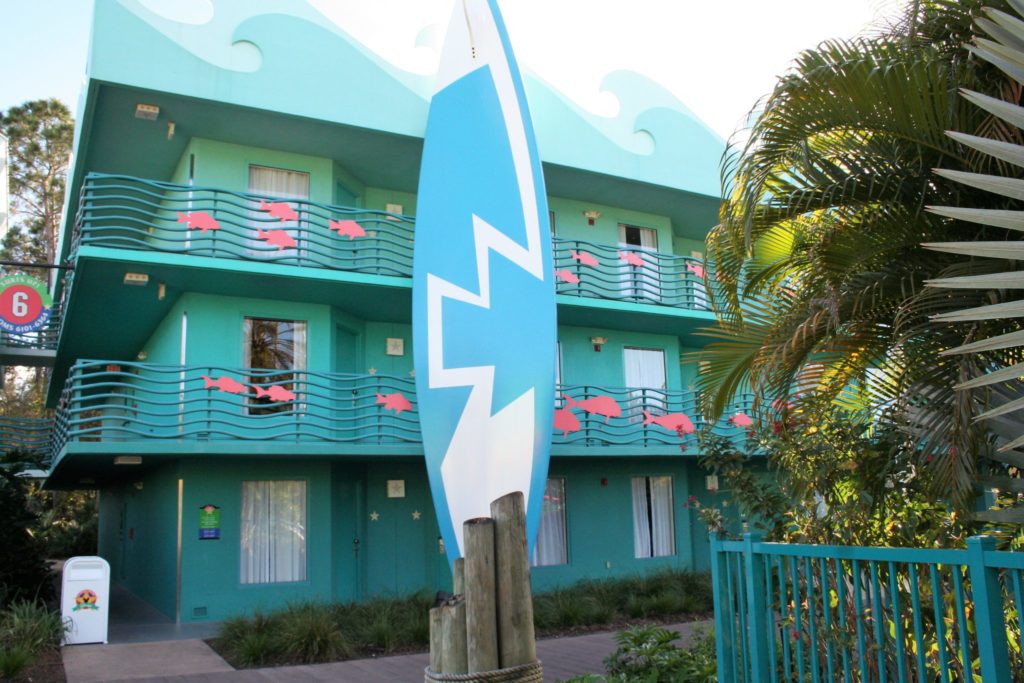 I didn’t get to do too much exploring beyond my football area.  In between the two buildings there was a large “football field,” which was perfect for kids to run around and play in.  And across from the main building was the surfing section, which looked fun and was around the main pool.  Due to my limited time in Disney World (and my desire to not walk much!), I didn’t venture into any of the other areas. 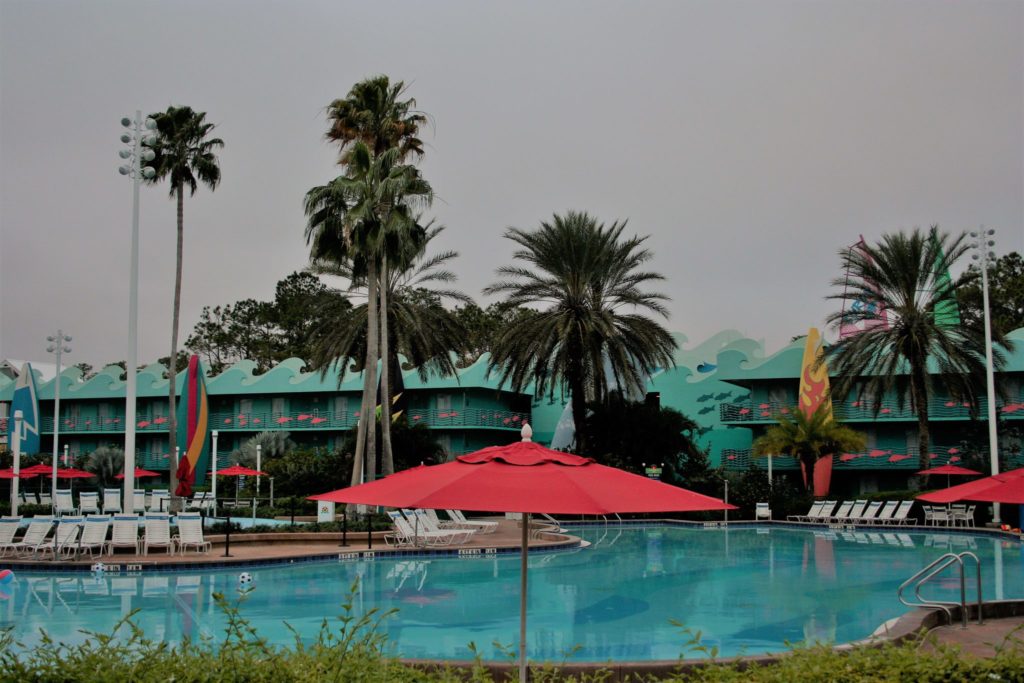 I didn’t use the pool – even in Florida, February is a bit too cold for me to consider swimming – but some of the thicker skinned kids were making use of it!  The value resort pools are simple in that they don’t really have extras like a water slide, but they are big and nice and they often have games and poolside activities during the day. 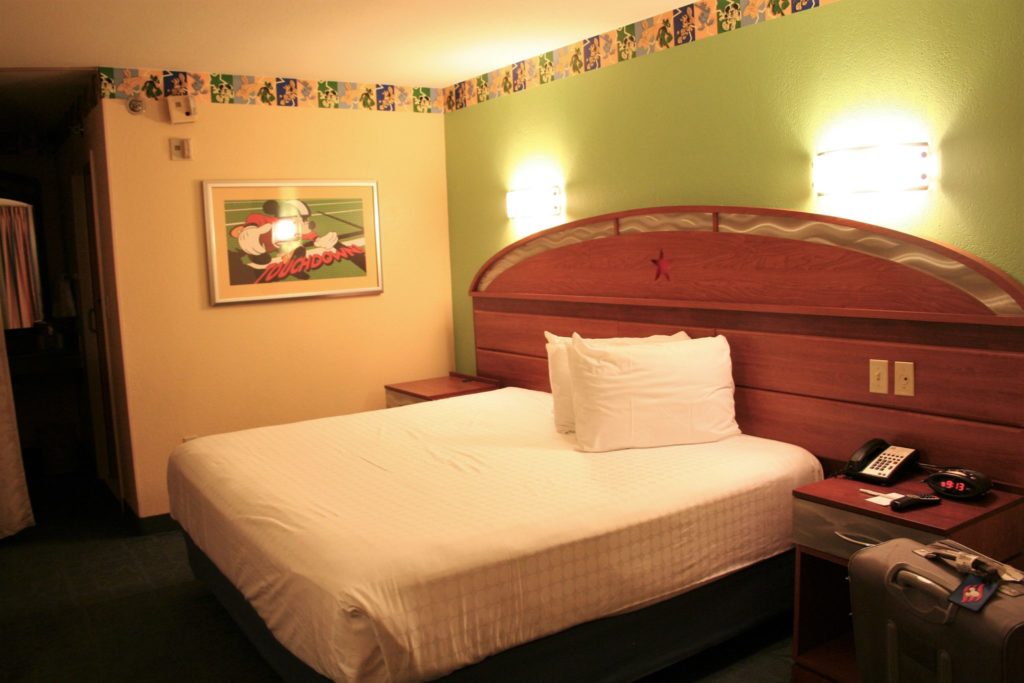 All-Star Sports has all standard sized rooms, most with 2 double beds and some with king size beds.  I was put in a king size bed which was also a handicapped accessible room (which was the same thing that happened to me last time at All-Star Music on my solo trip).  I have no problem with this, except that one thing I discovered about my room was that it didn’t have a bathtub (only a shower with a pull down seat for the handicap access).  Normally it would not be a big deal for me but I do enjoy a nice bath after running a half marathon.  I’m sure I could have seen if I could get it switched, but I was tired and didn’t feel like dealing with it so I just dealt.  Not a huge deal!

The themeing within the room is pretty simple.  The border on the wall has some Disney characters playing sports, there was a little bit of art on the wall like Mickey playing football, etc.  Nothing over the top but nice little hints here and there. 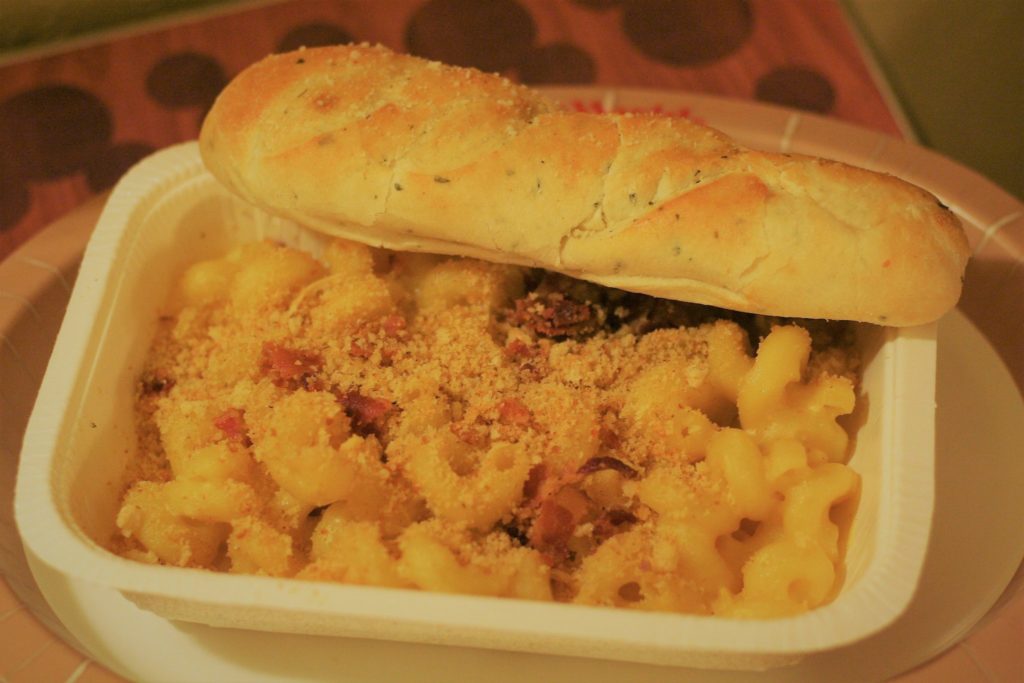 As a value resort All-Star Sports has a quick service food court called the End Zone.  It has your typical burgers, chicken, salad, pizza, etc.  I had read reviews online that said they had a create-your-own pasta station, which I was very excited about, but it didn’t exist when I was there.  I went there for dinner the night before the half marathon and was hoping to create my own pasta, but the only pasta they had wa sa bacon mac and cheese.  Which sounds good, but it was all prepackaged and kind of cold and congealed.  I mean it wasn’t bad, it was fine and did the trick, but it wasn’t anything great so I was a little disappointed in that.

While sports isn’t really “my theme,” All-Star Sports would be a great location for kids or people who are sports fanatics.  It’s fun and gives you all the basics of what you’d want from a hotel, plus all the perks of being at a Disney resort!

Check out my reviews of other Disney resorts here:

Have you stayed at All-Star Sports?  What did you think of it?