You are here: Home / Tournament / And the winner of the Disney food tournament is… 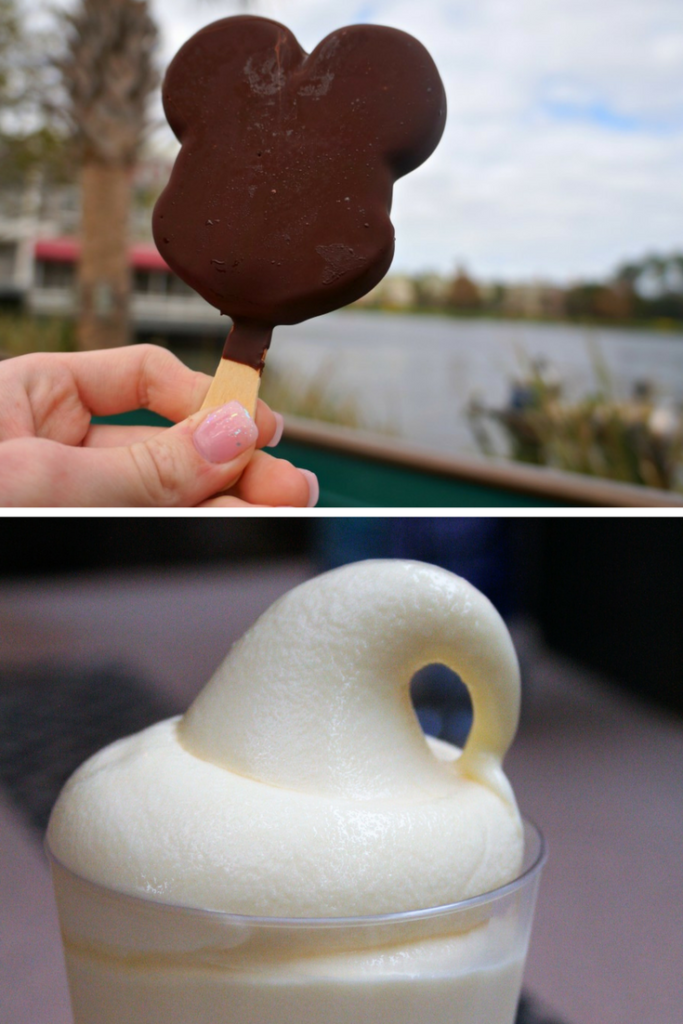 Well, you’ve been voting for the whole month of March so it’s come down to this! Our final two was the Mickey Bar vs. Dole Whip.  They are both frozen treats, which makes sense in the Florida heat.  One has chocolate on the outside with vanilla on the inside, and one has the fruity flavor of pineapple.  One is shaped like Mickey while the other is not. One is found all over the theme parks, while the other is only in select locations (though the areas where it is available seem to continue to grow!). So which one was the favorite amongst Disney fans?

So the winner of this year’s Disney food tournament is… 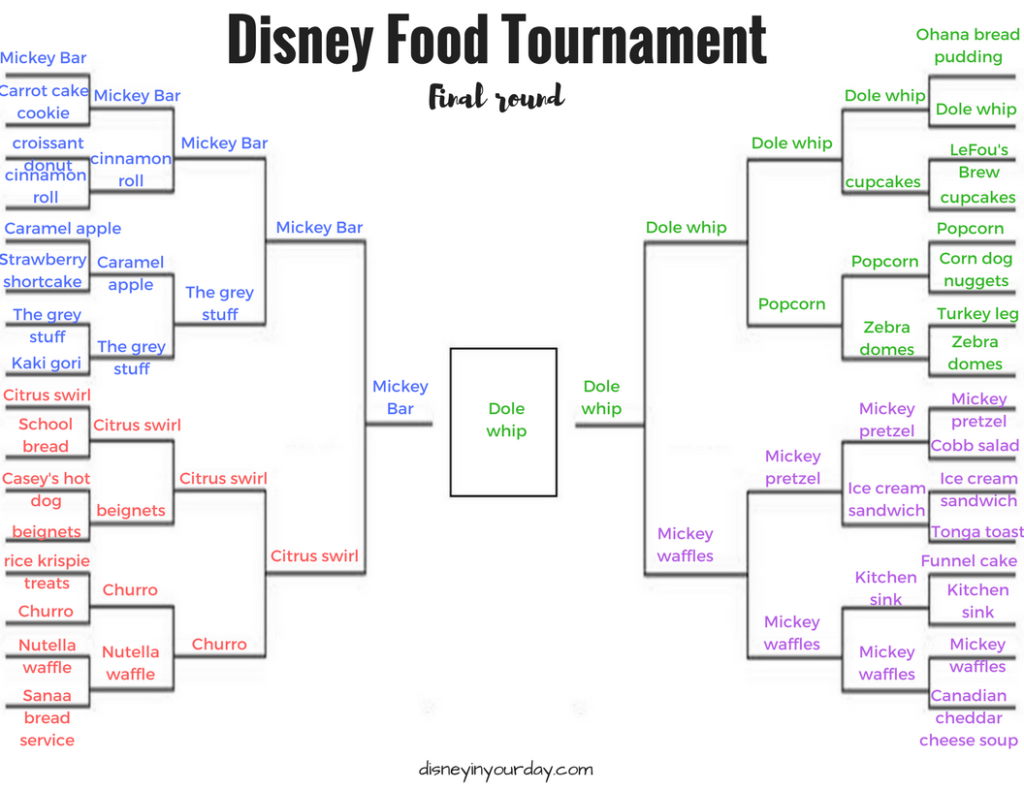 At the end of the day, the pineapple frozen treat was victorious. While it seems to be most popular in its original form, you can also now get it with rum, on top of a pineapple upsidedown cake, and sometimes (this seems to come and go) swirled with vanilla soft serve.

Dole whip was most popular in both the blog and instagram polls, with a final score of Dole Whip 57, Mickey Bar 36.  So while it wasn’t a complete runaway, it really wasn’t even that close.  I think when it comes down to it, a lot of people like and enjoy the Mickey Bar, but the Dole Whip has some super dedicated fans who absolutely LOVE it.  I get it.  It’s like how the citrus swirl is to me.

What do you think of the results of the Disney food tournament? Are you glad Dole Whip won?