You are here: Home / Disney World / Why I like to visit Disney in the summer 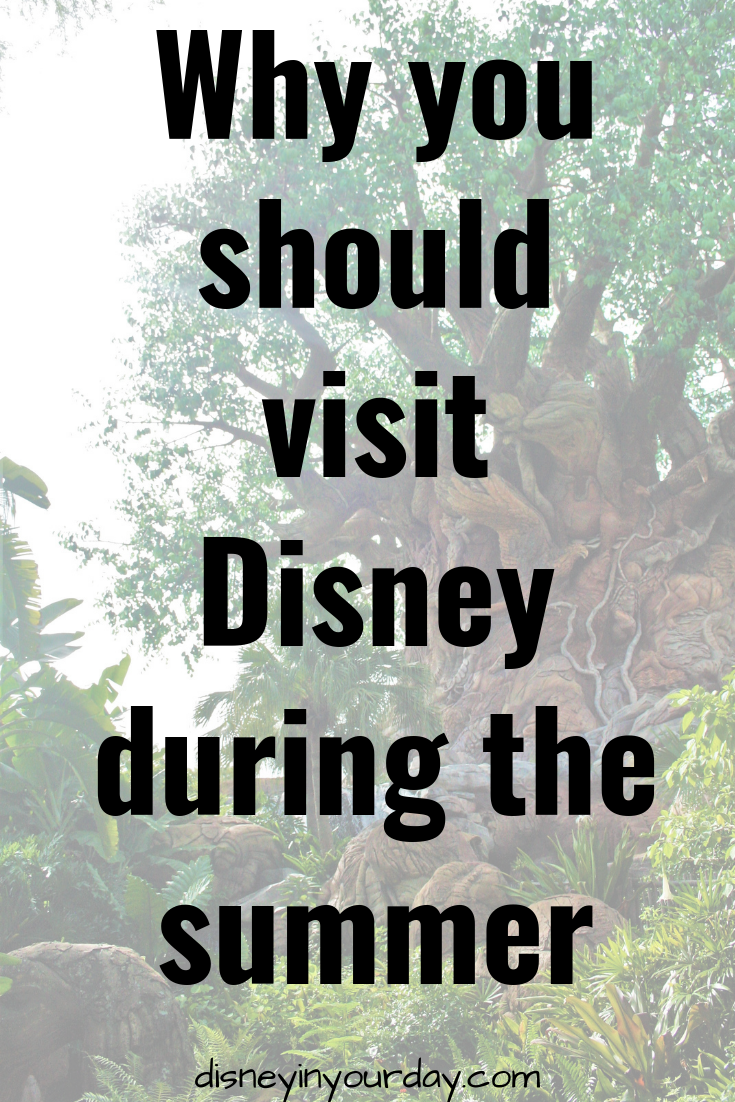 Many people believe that visiting Disney World during the summer is a terrible time to go – they cite large crowds due to kids being out of school, higher prices, and the hot, humid weather.  While some of this is true, not all of it is. And I personally have enjoyed visiting Disney right in the middle of August. I think it’s a great time to go, and if you’re thinking about planning a last minute trip this summer I highly recommend it now more than ever – email me at [email protected] so I can help you start planning your trip at no extra cost!

It used to be the case that Disney was the most crowded in summer due to the school schedule, but that simply isn’t true anymore.  People seem to feel more comfortable pulling their kids out of school and are desperate to avoid the summer.  It’s been much more crowded around school breaks like spring break or holidays. The busiest times of year tend to be more towards October, end of December, February, and March. When I visited in August last year it was some of the lowest wait times and crowds I’ve experienced in awhile. 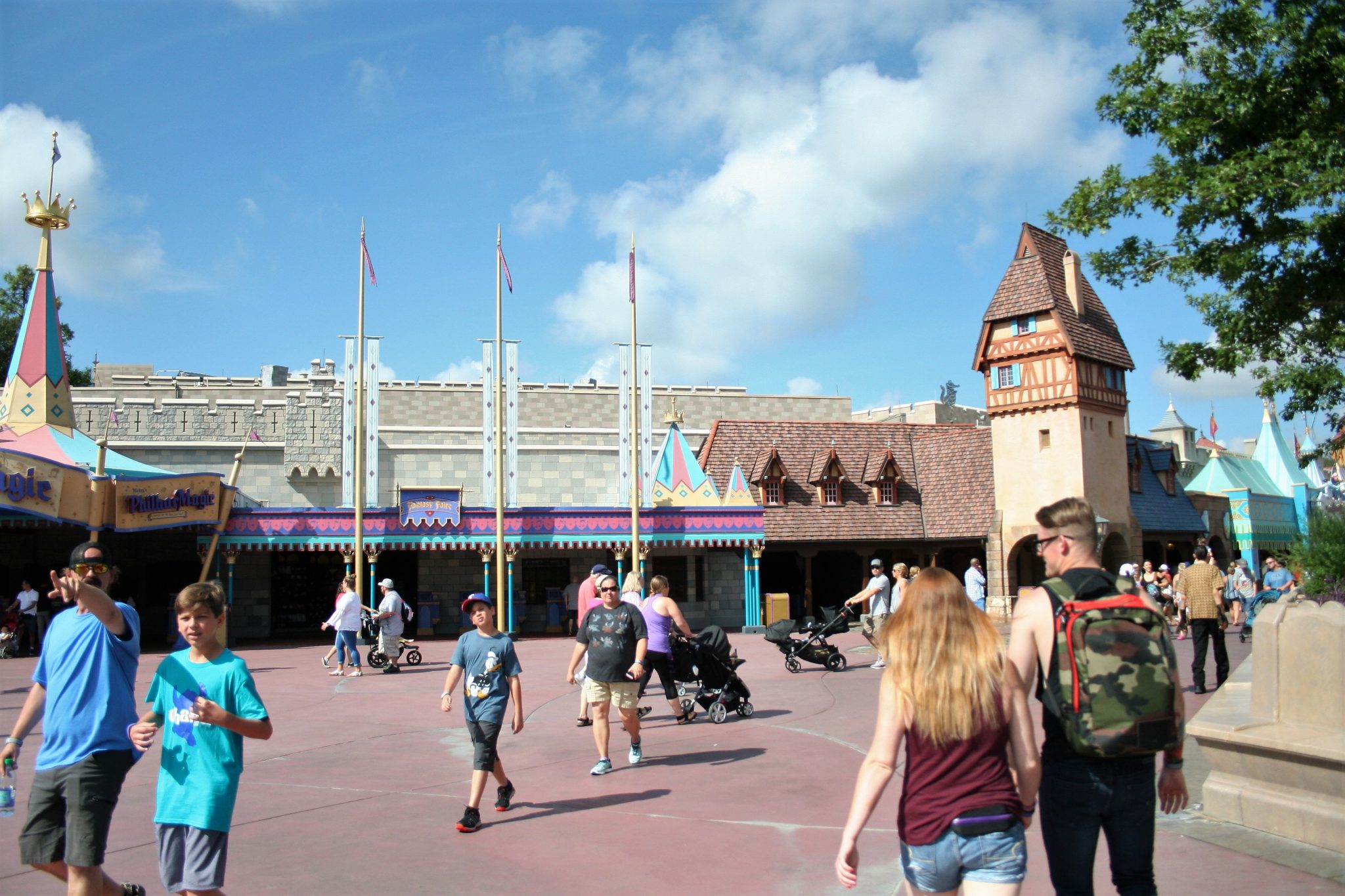 Like any smart company, Disney bases their prices on the crowds. And if they’re not getting as many people during the summer as they used to, that’s when they’ll lower the prices or offer discounts.  With the crowds actually being lower in the summer now, you’ll generally see lower prices as well.  Certain other things have seen discounts as well thanks to the heat – when I did the Wild Africa Trek tour, we paid less for doing it in the middle of the day in August than we would have to do it another time of year. 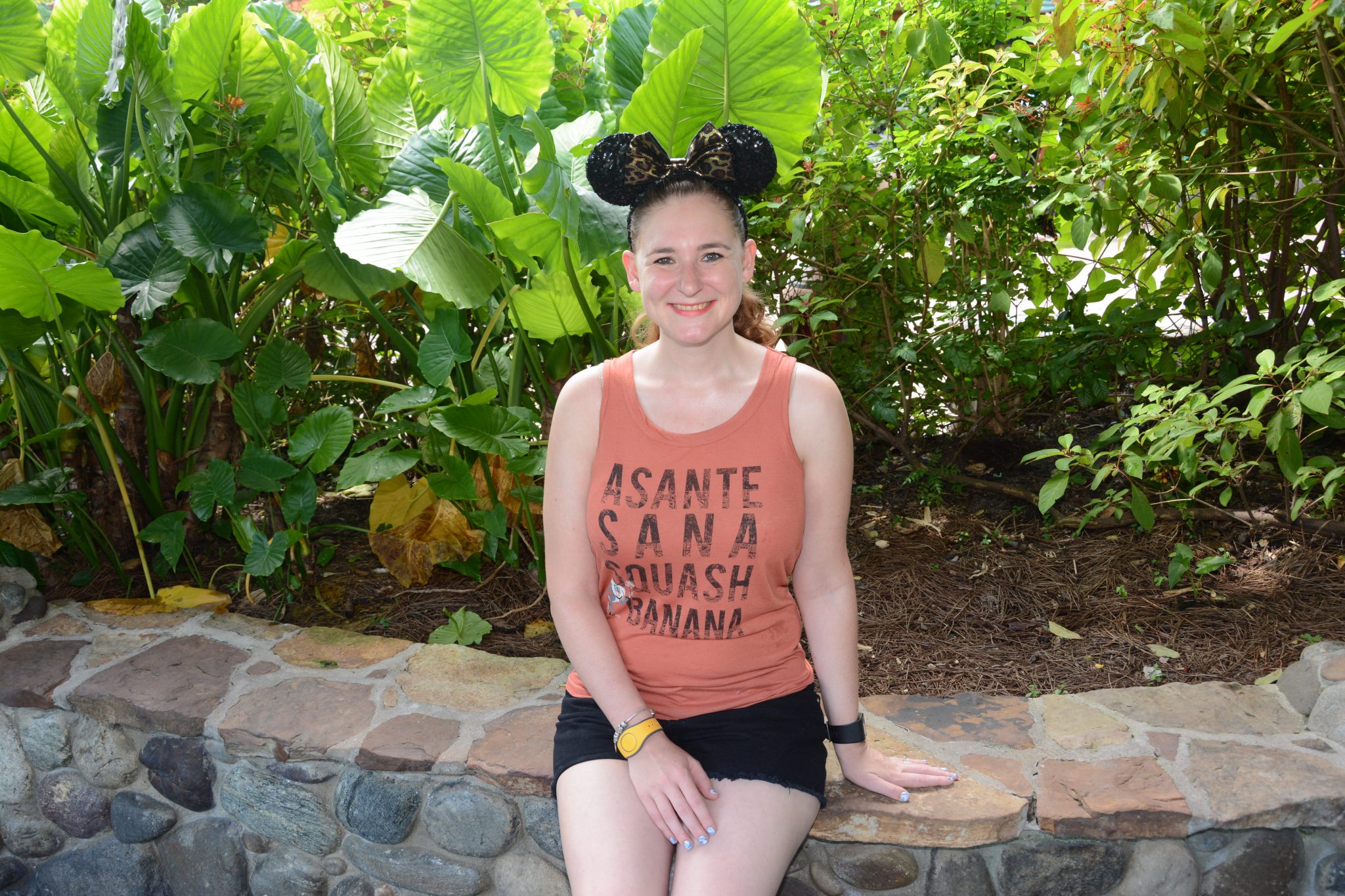 I still managed to stay comfortable in the August heat!

There’s no doubt about it, the weather in the summer can be pretty rough. It’s Florida, so you’ll experience a lot of heat and humidity. However, I found it to be manageable. I have a lot of tips in this blog post about how to beat the heat, but there are a lot of indoor attractions that make it so you’re not out in the heat all the time. Stock up on water, a misting fan, and a cooling towel and I think you’re good to go!

On the bright side, if/when it rains during the summer it’s usually over quickly. Maybe 30-60 minutes of downpour and then nothing else the rest of the day. On the other hand, I’ve been to Disney in the spring where it just rained all day and made it more difficult to do things. 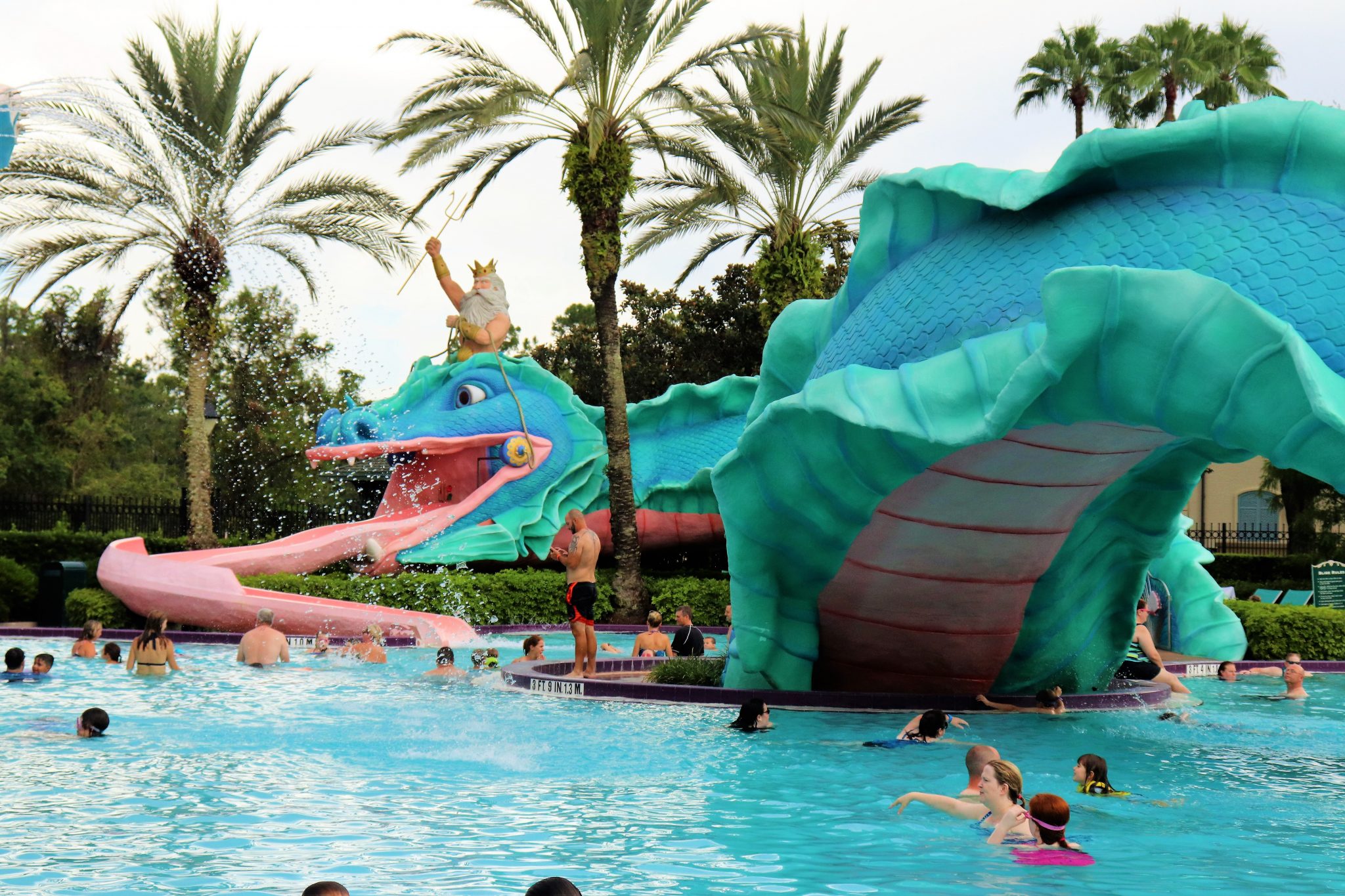 One thing I don’t often make the time to do is go to the pool or the water parks. However, it gets so hot during the summer that I always recommend taking a break in the middle of the afternoon.  And if you’re not going to take a nap in the air conditioning, what better thing is there to do than to check out the pool? Or even plan a whole day or morning at a water park. Disney’s water parks are some of the best I’ve ever been to, but many people never make it there. 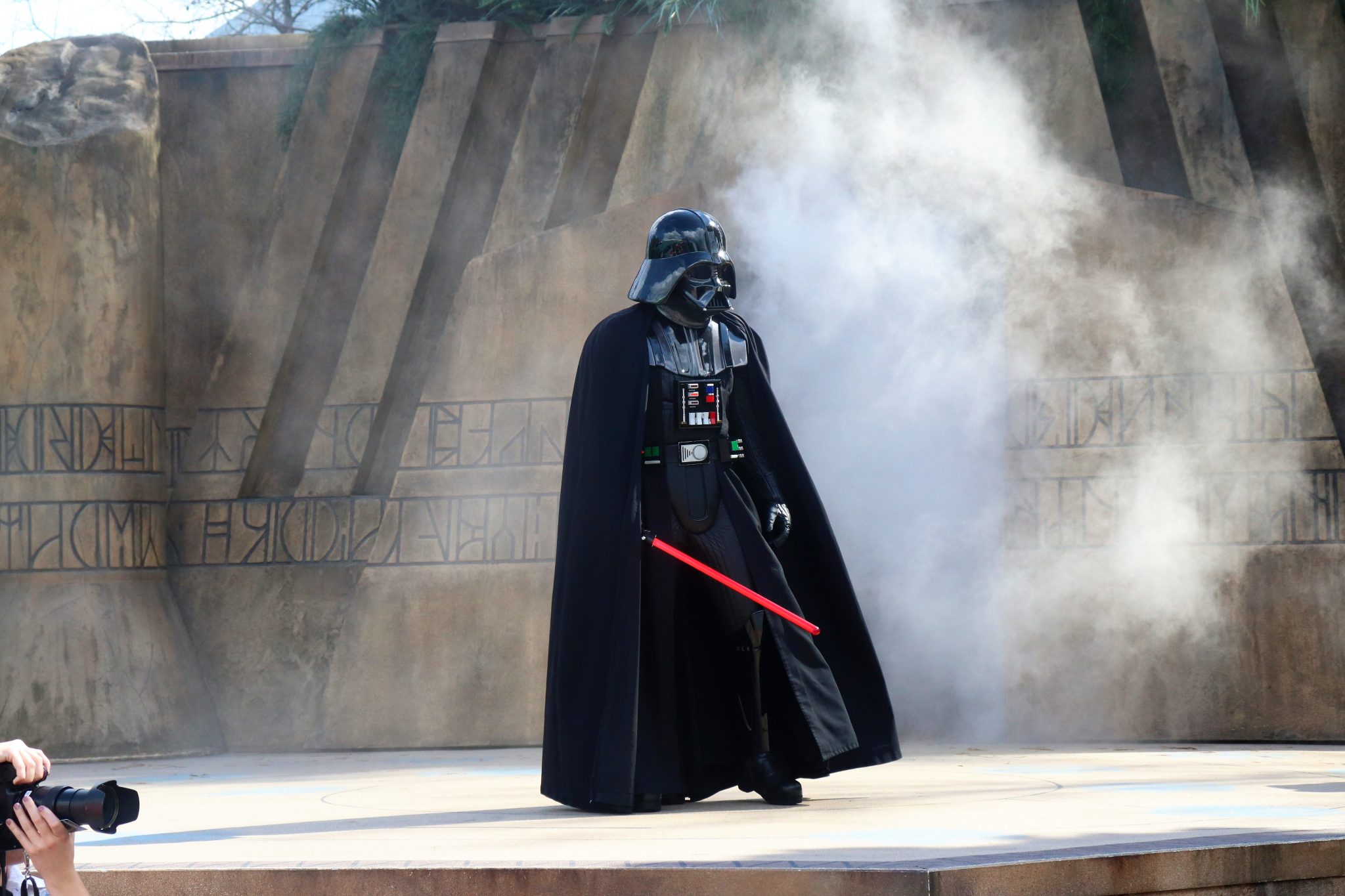 For a summer trip, the time is now! I strongly suspect the crowds will be some of the lowest they’ve ever been. That’s because Star Wars: Galaxy’s Edge is opening at the end of August, and many people will wait for it to open before planning their visit. On top of that, Disney is offering a number of discounts during the summer months, including room discounts, 1 free quick service meal per day, or even a free dining plan for Disney Visa cardholders during August.

It’s not too late to plan your trip for summer 2019.  As a travel agent I can help you book your dining, fastpasses, and everything related to your trip for free!

The moral of the story is – don’t be scared of Disney in the summer!  There are a lot of advantages to visiting during the warmer months and you can still have a great time!

Have you been to Disney in the summer? How was your experience?