You are here: Home / At Home / WDW marathon training: week 5 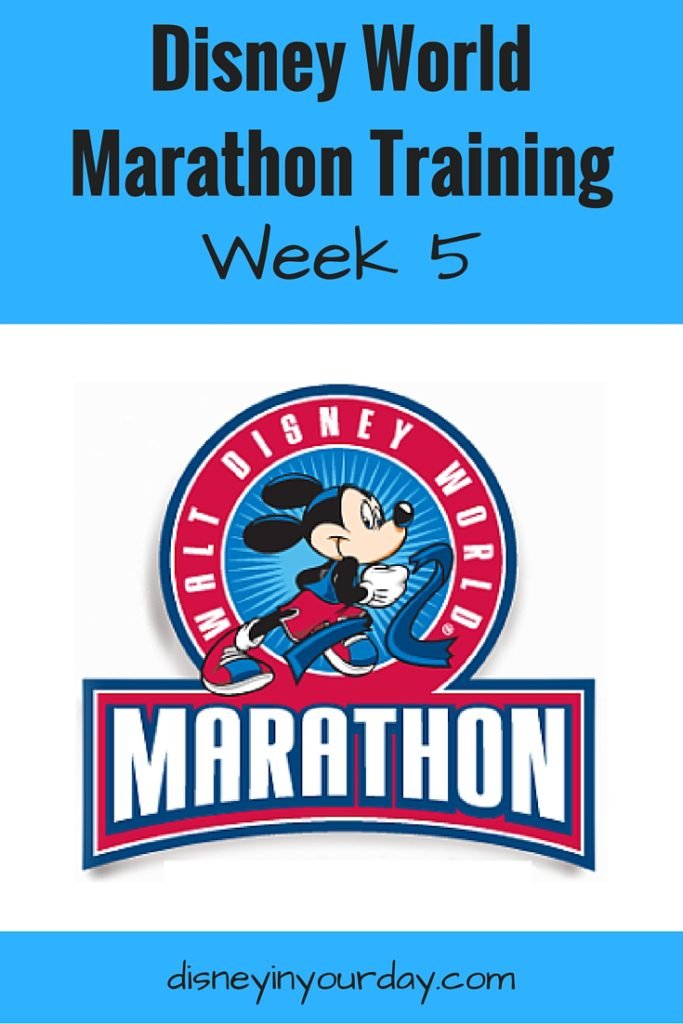 We are on week 5 of marathon training!  I tried to get all of my runs in earlier in the week.  That way for next week I’ll be able to get more of my runs in early on – since I’m leaving for Disney on Tuesday!  My plan for next week is to do the two short runs on Sunday and Monday, and then my long run when I return.  So I had to finish everything for this week by Friday!

On Mondays I don’t go into work until 1 o’clock so I try to run in the morning.  With the way the heat’s been I got up early on my morning off to run!  Good for me!  I love to sleep so getting up early is an accomplishment for me, haha.

Wednesday was a challenge.  I was originally thinking it would go for my run on Thursday but then it was supposed to rain all day so I knew it would have to be Wednesday.  Unfortunately I had both work and play rehearsal so I would have to go for an evening run after rehearsal.  And then rehearsal didn’t end until 10:30pm.  So my run didn’t start til I got home after 11!  But I got it done.

My run on Friday was a weird one.  My weather app said there was basically no good time to run all day so I just went in the morning when it was 75 degrees.  At first it didn’t seem so bad – a lower temperature and even a breeze blowing through.  But the humidity was so awful.  Within 10 minutes I was dripping with sweat.  I’ll be looking forward to the fall, for sure!

Next week has a 7 mile run so we’ll see how that goes!