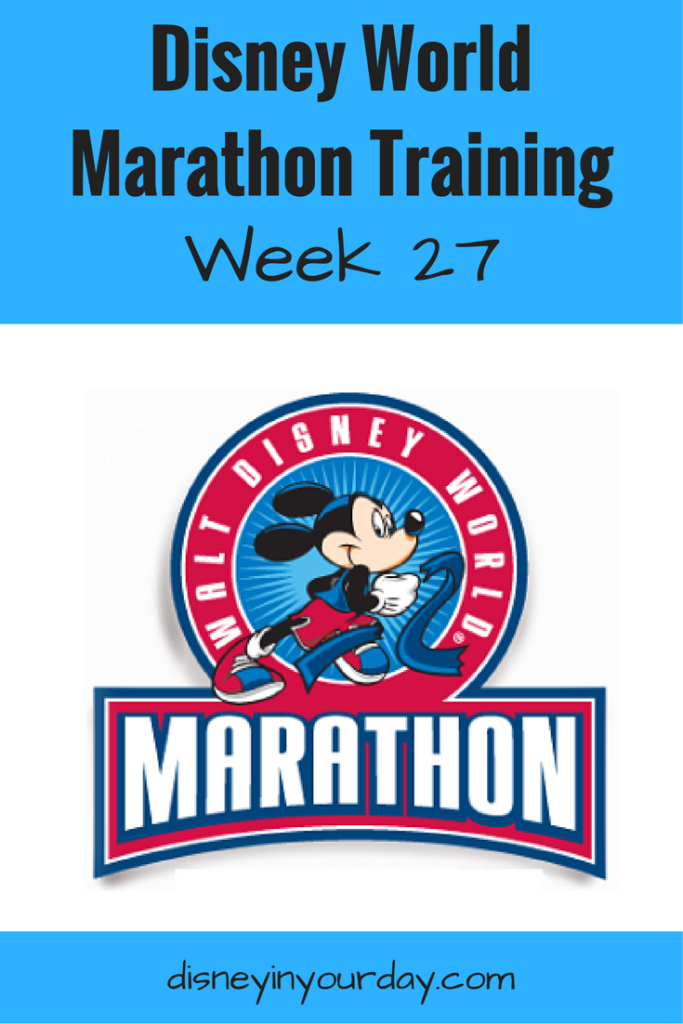 This is it – the last week of marathon training.  I did in fact skip week 26 last week.  I think I got one short run in.  But with the holidays and going back and forth to the vet all the time with Merlin, I just didn’t have the time.  I still got some walking in at least – on Thursday night we went to Longwood Gardens to see the Christmas display and walked all around there.

On Tuesday I got a shorter run in.  Not 30 minutes but I did 20.  It wasn’t a good run, but it was a necessary run.  Merlin had been in the hospital since Friday, and they kept thinking he would get better and he wasn’t.  Finally Tuesday morning they called and said that they thought there was a chance it could be cancer.  This news was a bit overwhelming for me – just a couple of days earlier they thought he just ate something he wasn’t supposed, then it was triaditis which they thought they could clear up, now there was potential cancer.  I tried to get through work but I couldn’t stop crying on and off so co-workers convinced me to go home.  My anxiety was so ridiculously high that I needed a way to get it out, and running helped.  I only did 20 minutes because I had pretty much eaten nothing that day.  I was not in good condition to run but it needed to happen, and it did help.

Thursday I stopped at the gym after work and did my 30 minutes on the treadmill.  And when I got home Merlin was home!  Jason had been able to pick him up that afternoon.  So he’s home at least, even though he’s got a feeding tube in and needs a bunch of feedings and meds per day.  At least he’s home.

On Saturday I went to the gym again for my 7 mile long run.  I got it done even though it wasn’t the best run.  It’s also a little bit of a pain because my gym’s treadmills only let you do 60 minutes, so I had to restart the treadmill again.  But I got to use the massage bed after which was really nice.  And crazy to think that my next long run will be the full marathon in exactly one week!

Are you planning to exercise in the new year?