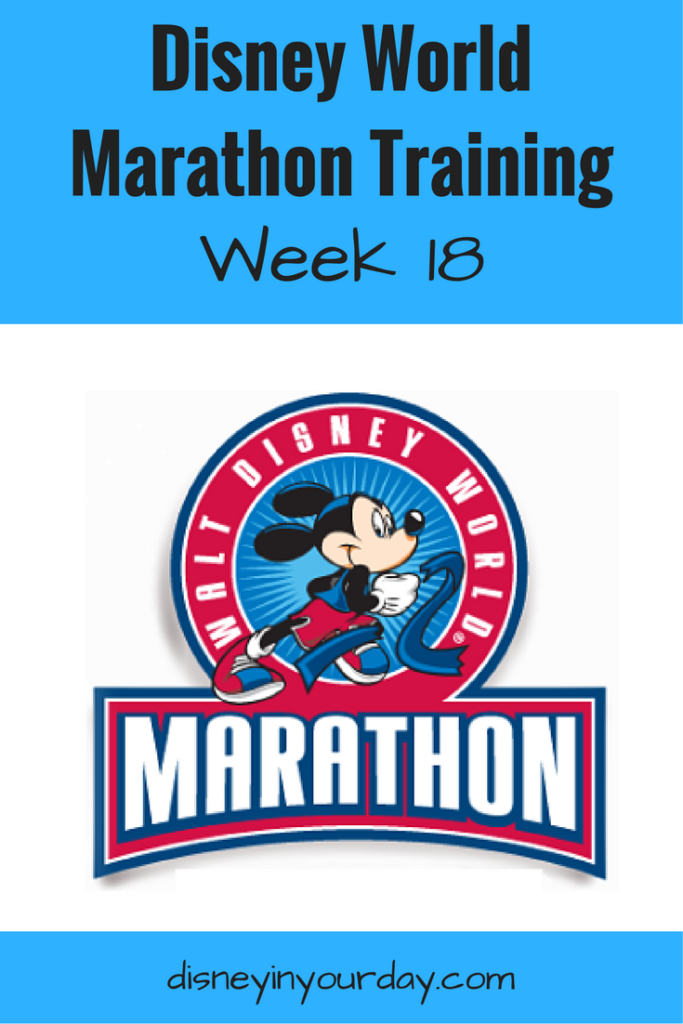 It was kind of a weird week of training this week!  Almost none of my runs went according to plan – sometimes in a good sense, sometimes in a bad sense.  I dealt with weird schedules, pain, new shoes, and the weather, but we got another week done!

This week was two short runs and a 6 mile run.  It’s a bit easier this week because next week I have to get in 20 miles.  That’s going to be interesting.  I don’t even know a good place to run 20 miles without going around and around the same path.  I may just end up doing loops around my neighborhood 8 times…

My first short run was on Sunday.  I normally try to get a run in on Sunday because it’s nice to know I’ve already gotten one out of the way before the week really begins, and things get so crazy during the work week.  I had ordered a new pair of running shoes and they came in on Sunday, so I went down to the running store to try them on.  I’d previously been using the Brooks Launch 2, but now I’ve got the Brooks Launch 3, and in half a size bigger. 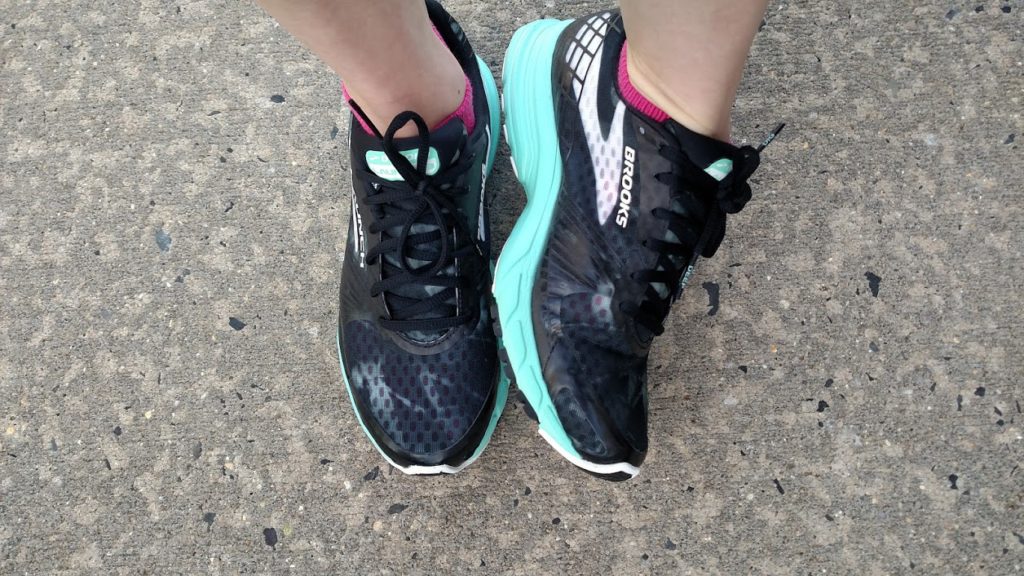 Even though multiple salespeople agreed I needed the 9 1/2 size shoe (and from trying them on and the tightness I felt sometimes in the 9 I know they were right) it’s still a little hard to get used to a new size.  I actually put my shoes on and went for a run right there around the downtown area.  I tripped more times than usual due to the bigger shoes, but they were very comfy and I think they’ll be even better in the long run. 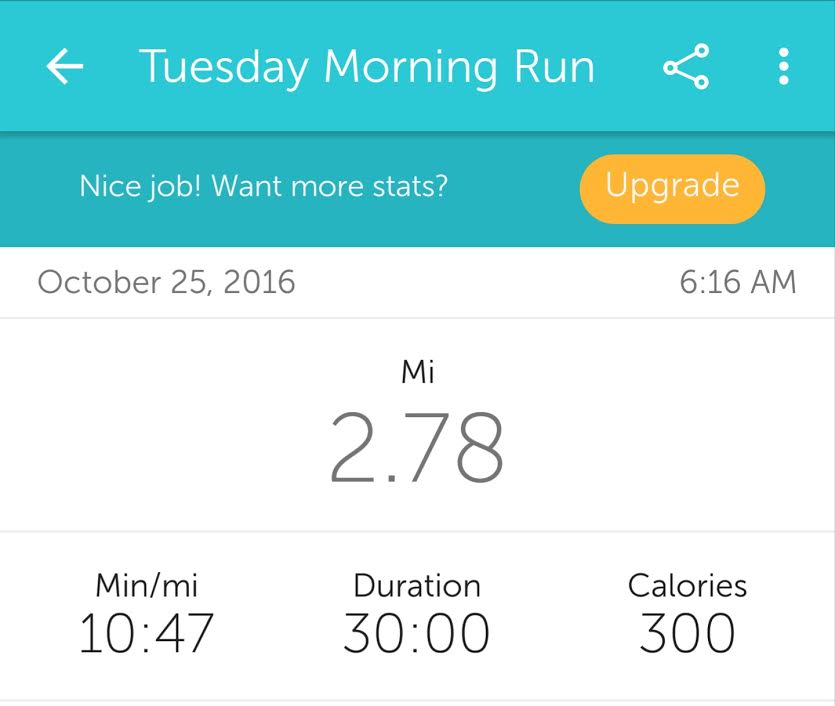 My second 30 minute run was on Tuesday morning.  The reason why this was so unusual was because I was up at 5:45 in the morning and at the gym around 6 am.  I am not a morning person at all.  Like, at all ever.  But I was so tired Monday night that I fell asleep around 9, and just woke up super early.  So with that extra time I decided to go the gym and get a run out of the way.  Even though I technically got 8 hours of sleep I still felt kind of miserable the rest of the day, so I’m not sure I’ll be handling my days this way again any time soon. 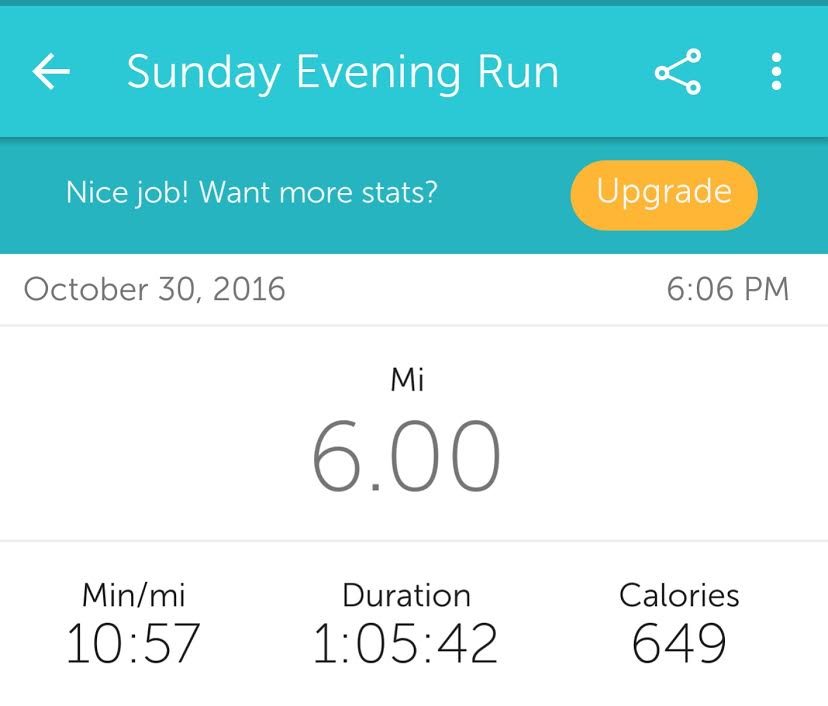 My 6 mile run for the week was originally going to be on Thursday.  It was raining lightly so I went to the gym.  I did about .7 of a mile and my right leg was feeling so tight!  I have no idea what that was from but I knew it would be better to roll it and rest it.  Due to Halloween festivities I didn’t have time to run until Sunday.  During the day it was about 85 degrees out!  We had the most insane weather.  So I was going to wait til it got a little cooler in the day… and then it started to pour.  So it was back to the gym to get my 6 miles in, but at least this time it went well.  The gym was pretty much empty on a Sunday night too.

How was your week?  Did you do anything fun for the Halloween weekend?