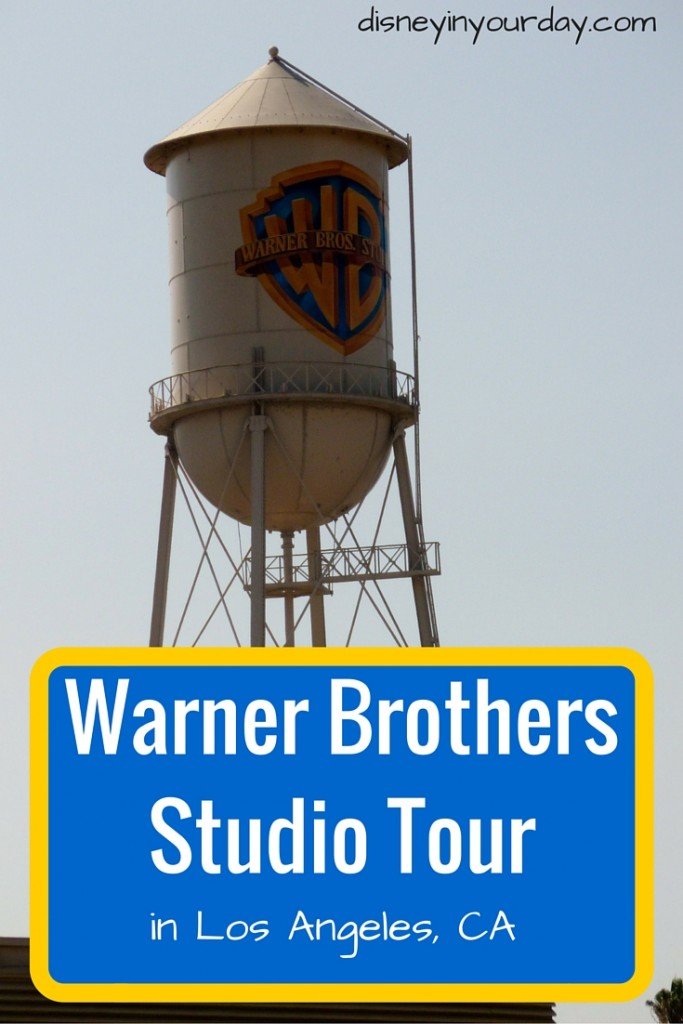 When we went to visit Disneyland, we actually decided to venture off of Disney property for some of the time we were visiting.  There are so many things to do in the area!  It was hard to narrow it down, but Jason and I thought it would be cool to do a studio tour.  We decided on Warner Brothers studio tour, due to my love for Harry Potter (it’s my other “non-Disney” obsession.  I’ve actually been to 5 Harry Potter conventions and pretty much know the books by heart). 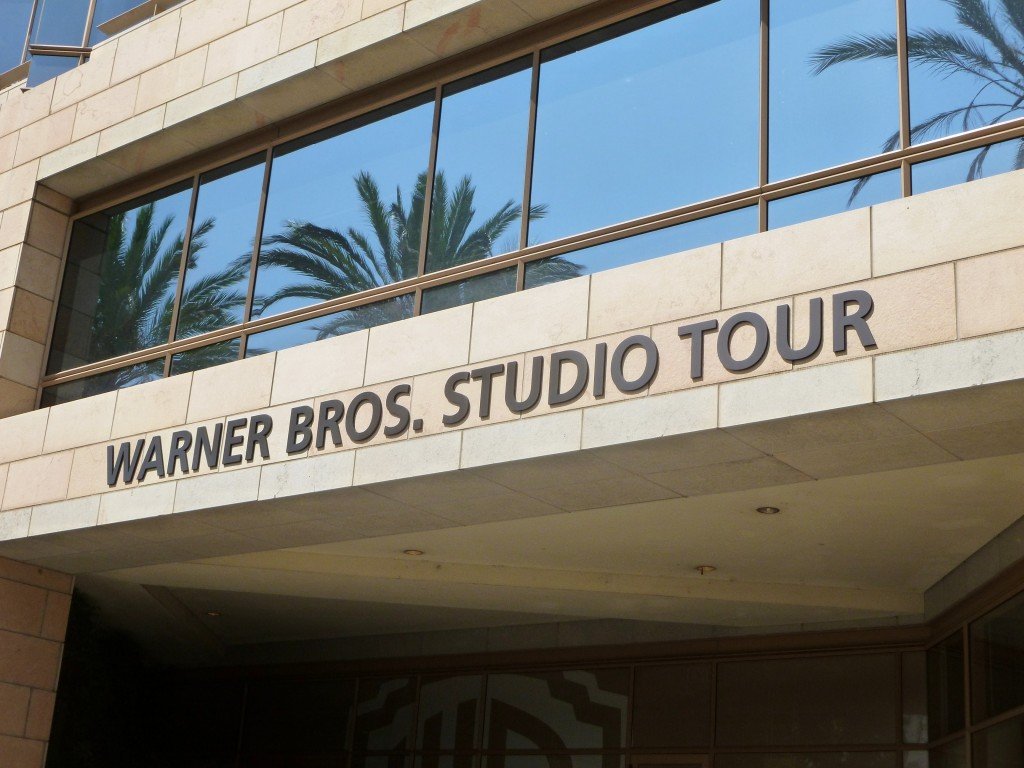 I enjoy movies, but I’m not a huge “movie buff,” so a lot of the info about the behind the scenes stuff was totally new to me.  One of the most mind blowing things is how in-depth they go with the sets, even when it’s just to shoot a couple of seconds of footage!  They told us how there have been TV shows where they blew up a building for that footage, only to then have to re-build it for the next season. 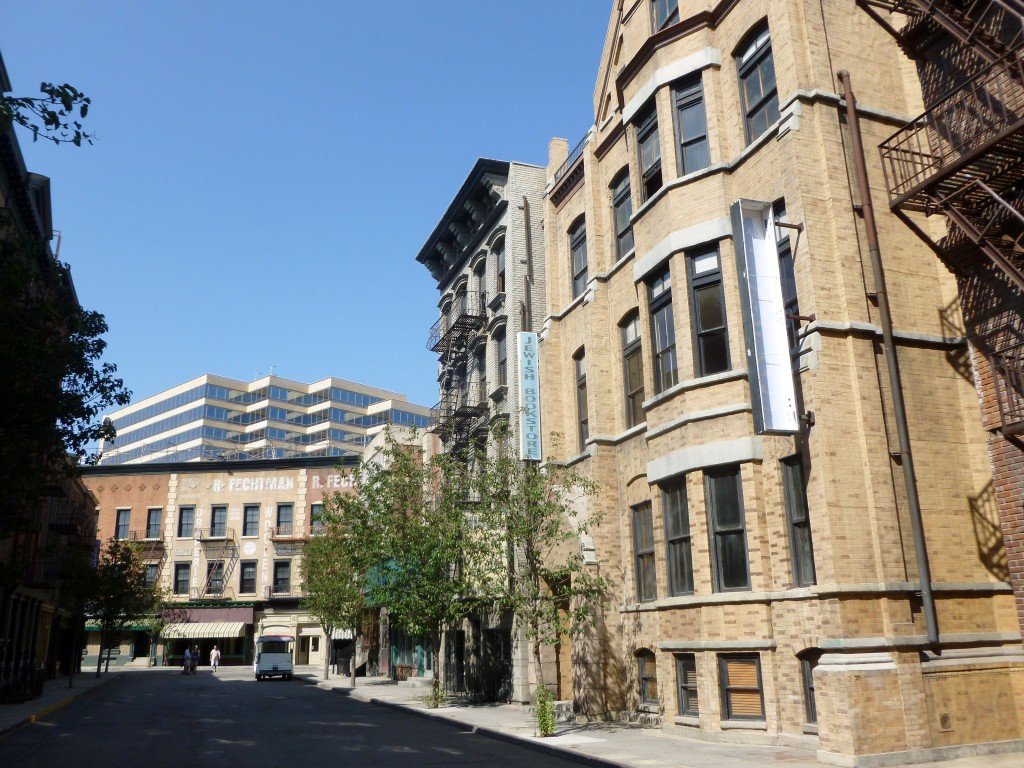 We started out our tour watching a short film, and then we were brought to various outdoor sets.  The first one was visited was the New York Street, which has been used for many films – it’s where they filmed parts of Annie, Rent, Minority Report, and the famous upsidedown kiss scene from Spiderman.  They showed us a short montage of different movies filmed on that street and it’s incredible how different they can make the same place look based on where it’s supposed to be and what time period it’s set in.

We also admired the famous WB water tower that you probably recognize.  They mentioned on the tour that it has been declared a historical landmark. 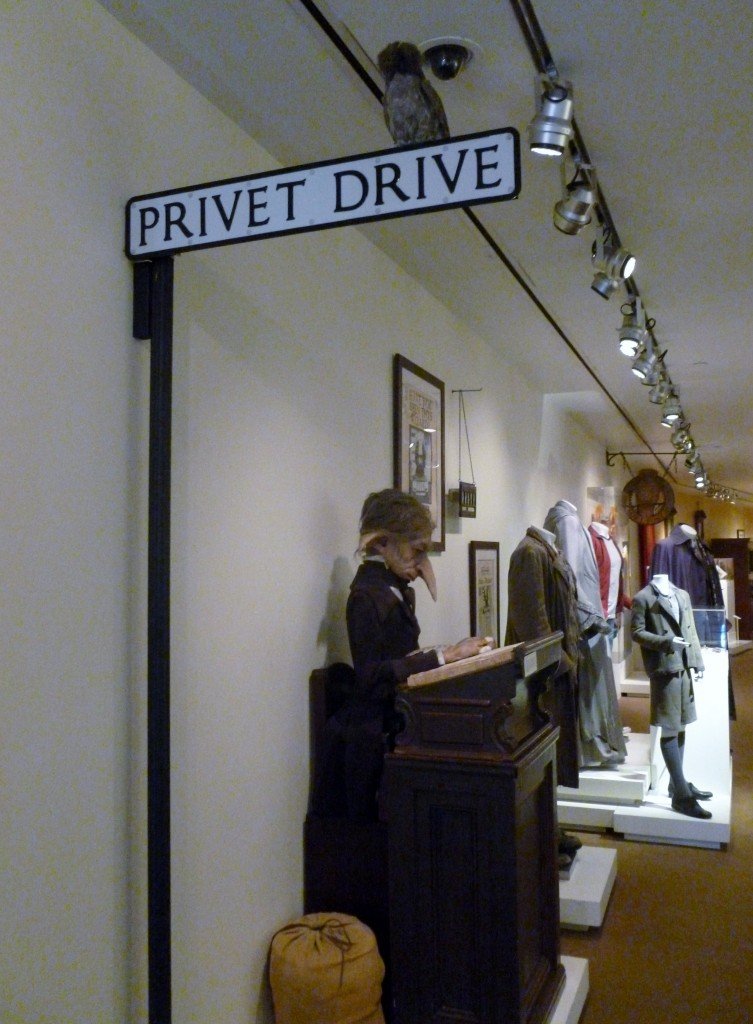 Next we were brought to a building that had some special displays.  The downstairs portion was Batman and the upstairs was Harry Potter. Most of these things were replicas, but they had lots of neat replicas of props, costumes, and more.  I loved looking at all of the Harry Potter stuff – there was even a Sorting Hat you could try on that would sort you! 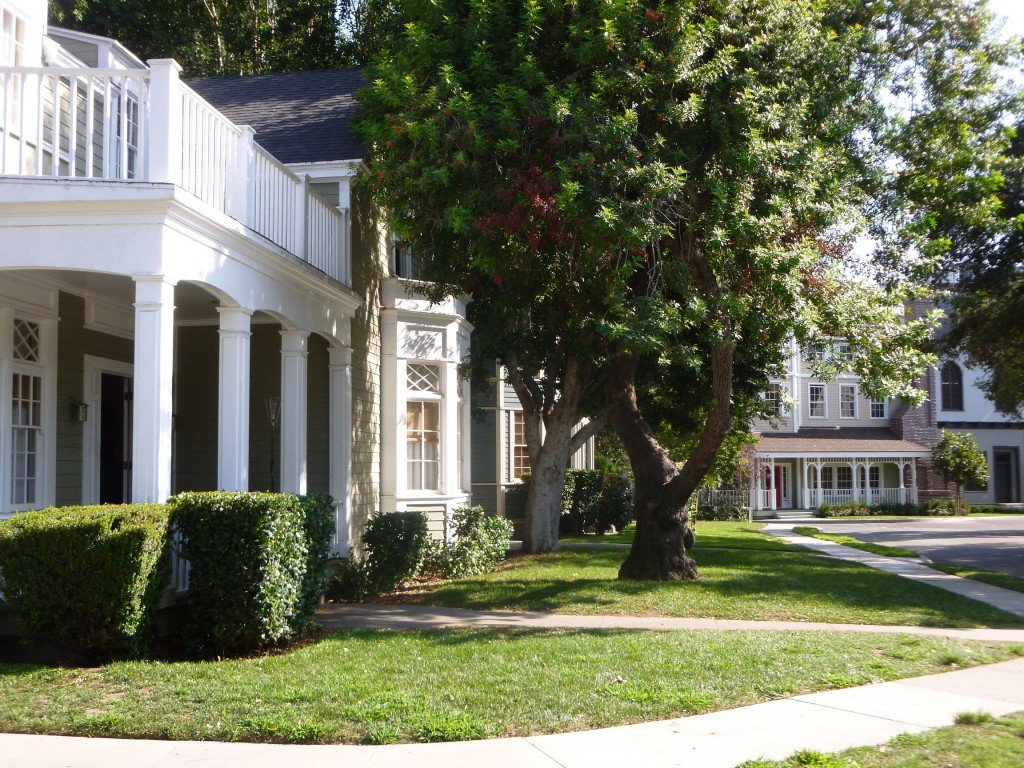 Another area we got to see was the “Midwest” area, where they film many movies and TV shows that are supposed to take place in small town America.  It looked familiar to me and it was very cool to learn why – a couple of movies I’m familiar with were filmed here, including River City, Iowa from The Music Man and “Life’s a Happy Song” from the Muppets.  We also saw the Seaver House from the TV show Growing Pains and got to go inside a different house.  Most of the houses are built without ceilings so they have room for all of the lighting equipment. 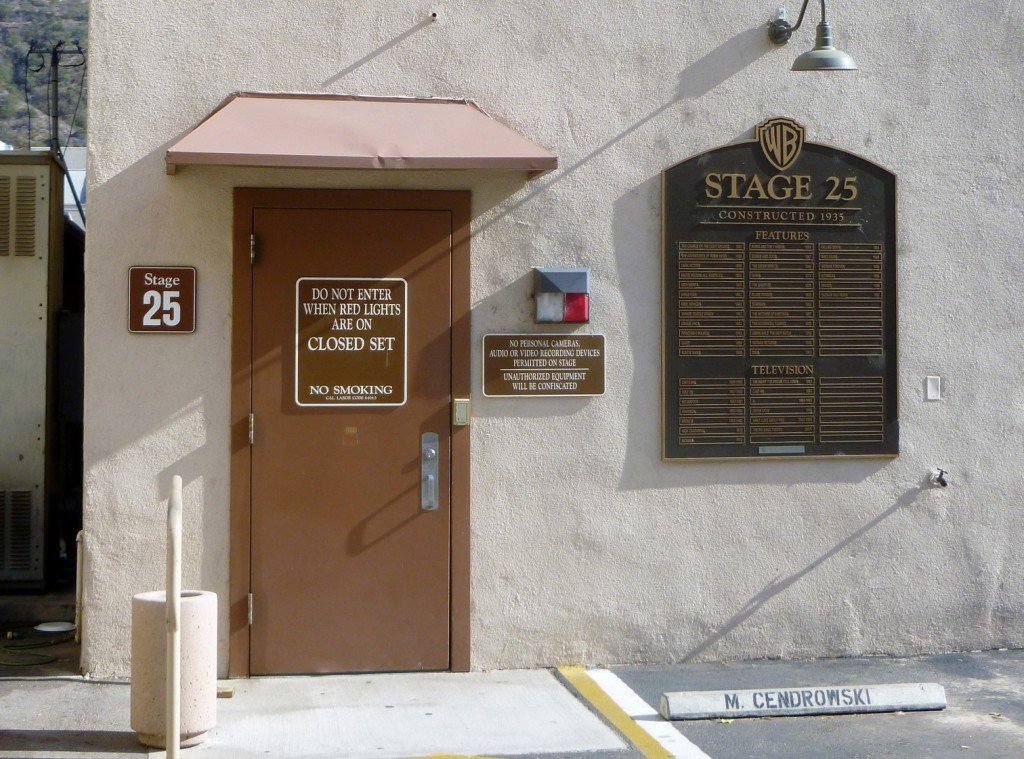 Then there are the indoor stages where many TV shows are filmed.  Big Bang Theory is probably one of the biggest ones filmed at WB right now.  They were actually filming the day we were there so originally they told us we wouldn’t be able to tour it – but they finished early so we got to go in!  I love Big Bang Theory so it was really neat to see the sets that are so familiar to us, like Sheldon and Leonard’s apartment.  We weren’t allowed to take any pictures in here.  They also had the napkin signed by Leonard Nimoy hanging in a display case on the wall! 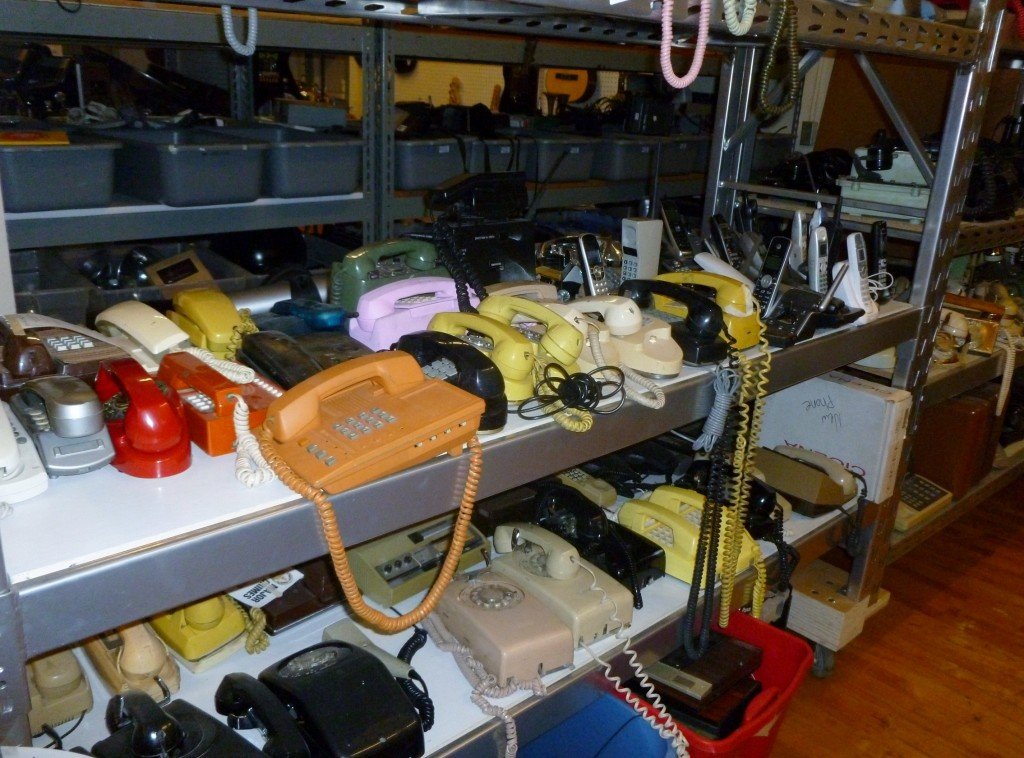 We were also led through a huge prop warehouse, and it was amazing to see all of the things that were stored there.  Need a phone for a movie scene?  They have a whole room of them, featuring every type of phone you could imagine from every time period in so many colors.  There were tons of props of all sorts, from chandeliers to paintings to books to whatever else you might imagine!

Our tour guide was full of great stories too about behind the scenes stuff.  One of my favorite stories he shared was about filming a scene from Jurassic Park.  He told us that they were shooting a scene with the kids in the jeep, and they had to act scared of the dinosaurs.  Well, there was one part where one of the animatronic dinosaur heads fell off and almost hit the kids – so the look on their faces was one of real, actual terror.  Since they were filming at the time they decided to use that shot in the movie! 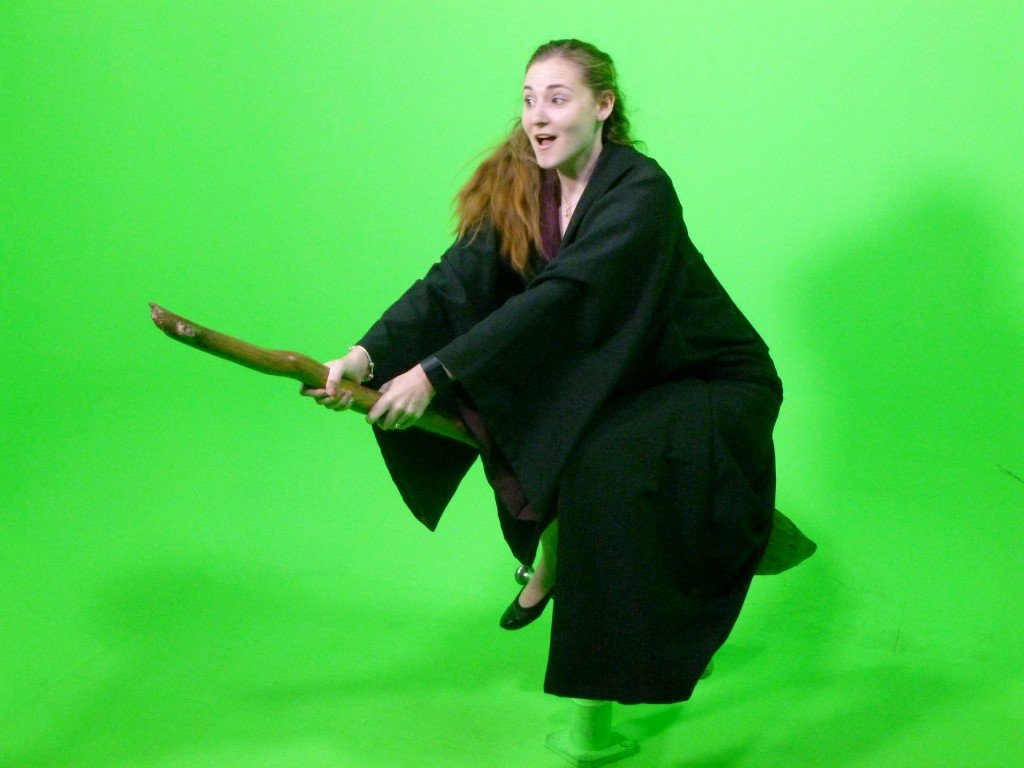 The tour ended with an interactive portion which was pretty cool.  You could play around with computers to design your own batmobile or costumes for movies like The Great Gatsby.  There were plenty of photo opps too – pictures at Central Perk from Friends, and a scene from Lord of the Rings.  This one was cool because it showed you how they used perspective to make Gandolf appear so much larger than the hobbits.  Finally, you could “ride” a Harry Potter broom or the batmobile in front of a green screen while they filmed you.  It was expensive to actually buy but still fun!

Overall we had a great time here.  I learned so much about movie and TV filming that I didn’t know, and if we head back to the LA area I’d love to do the Paramount tour too.  I highly recommend one of these studio tours if you’re going to be in the area!

Have you ever done a Studio Tour?  Does something like that interest you?