Walt Disney is one of the most inspiring people who I can think of.  The things that he accomplished in his lifetime are incredible, but to me the most fascinating thing is just how innovative he was.  Walt wasn’t afraid to take risks and think outside the box.  Of course, he would not have been able to achieve his level of success without his more logically minded brother, Roy.  They balanced each other quite well.  But someone as innovative and determined as Walt is truly a rarity, which is why he could do the things that he did.

And of course as someone who accomplished so much, there are plenty of great Walt Disney quotes out there!  Many are motivational, but some are honest, funny, or sad.  Even if you’re not a huge Disney fan, odds are you can come up with at least one thing that Walt said (or you’d recognize it if you read it!).  While I included some of these in this post, I also wanted to include some of the “lesser known” Walt quotes.  The ones that you don’t always see on t-shirts or on Pinterest.

But to begin with, I had to include these well known (and rightly so!) Walt Disney quotes:

This next one is one of my personal favorites.  As someone who has a tendency to worry a lot, I always try to remind myself of this:

And as a children’s librarian, I certainly can’t resist this quote (I have it on the back of my business cards!): 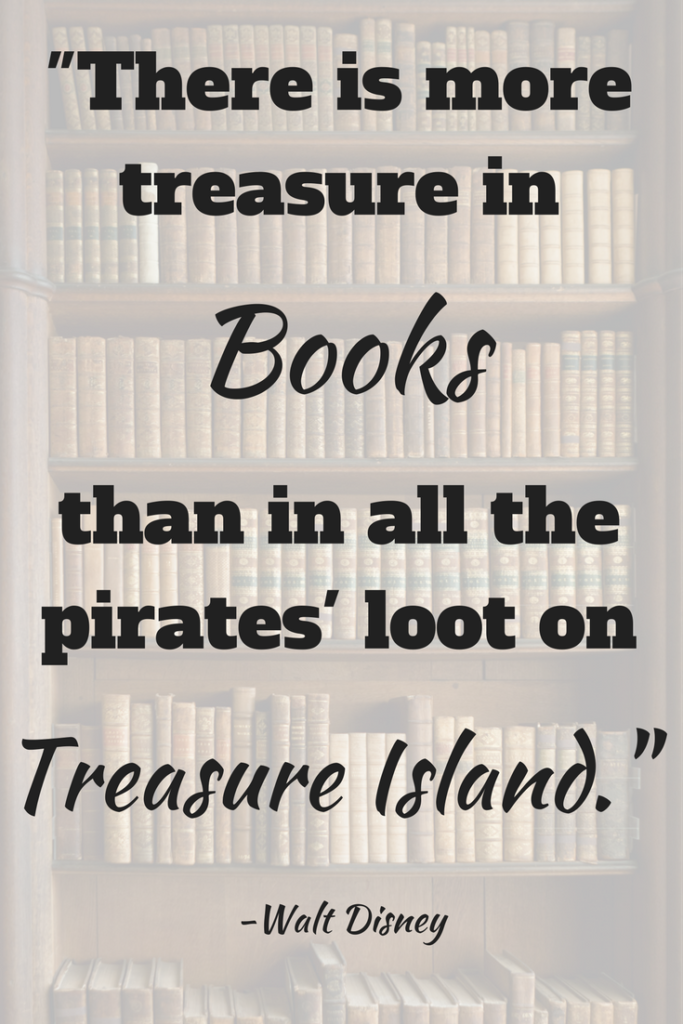 I feel like I relate to this next quote a lot too.  I’ve always felt like I’m both optimistic and realistic:

Here’s a motivating one.  Don’t underestimate the importance of persistence:

Something important to keep in mind.  Don’t give up on your imagination:

Walt loved change.  We may be resistant to things changing at Disneyland and Disney World, but just remember what Walt said about it: 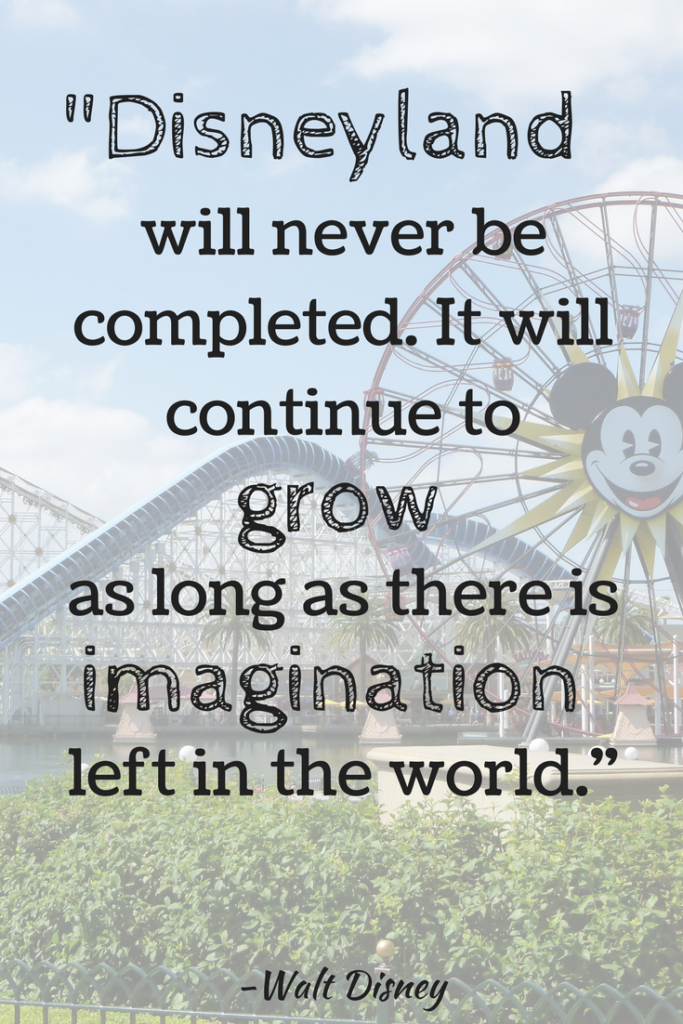 I think this probably summed up Walt’s life quite well: 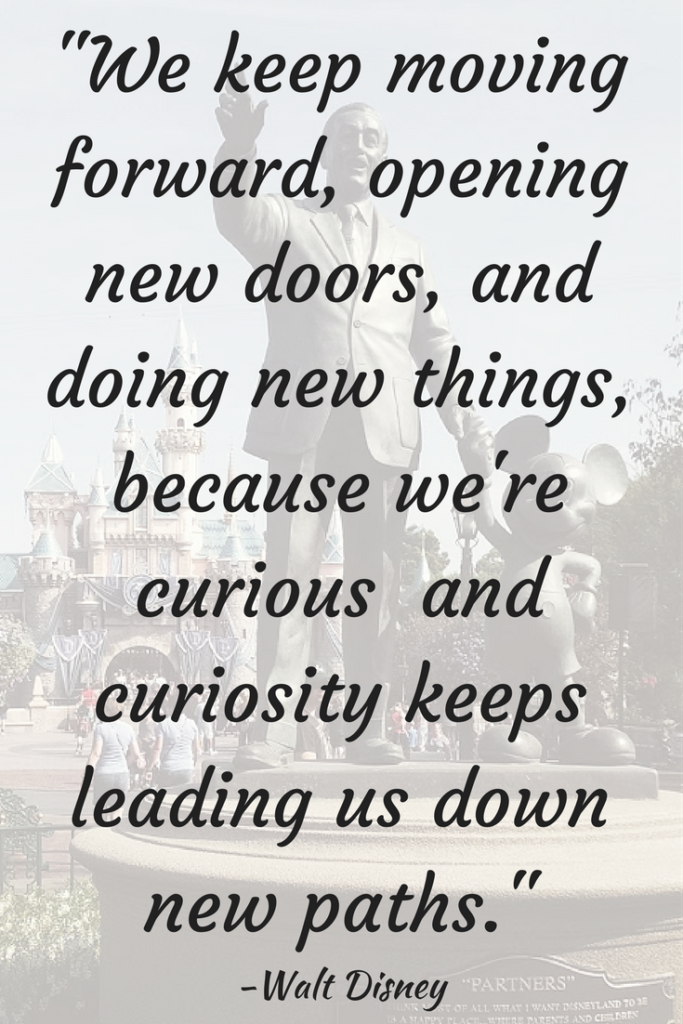 And finally – do not underestimate the power and importance of humor:

What is your favorite Walt Disney quote?