You are here: Home / Fashion and Clothes / Ursula Disney Bound 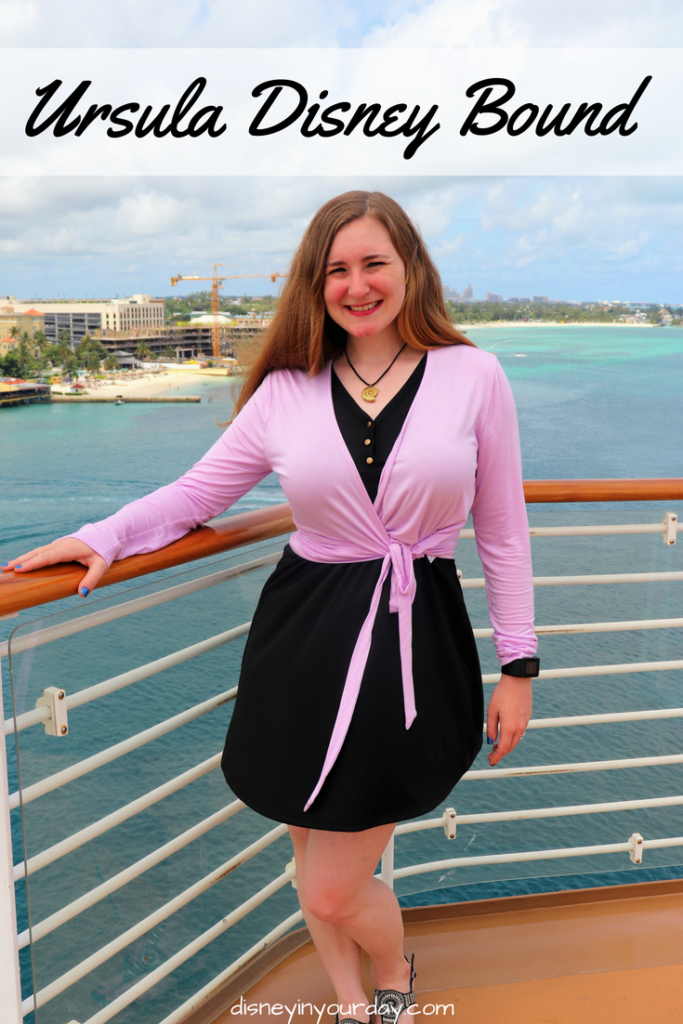 When we were on our Disney Cruise, I decided I wanted to do a Disney Bound outfit for one day! I thought about the possible characters, and while I love the princesses I thought it would be fun to do another villain.  Of course, when you’re out at sea, the most appropriate villain definitely seemed to be Ursula from The Little Mermaid! So I did my best to put together an Ursula Disney Bound.

If you’re not familiar, Disney Bounding is a fun way to show a little of your Disney passion without being over the top obvious about it. Basically, Disney Bounding is when you dress in the color of style of a certain character, but you use your everyday clothes instead of a costume. I’ve done a number of Disney Bounds you can take a look at:

I actually used my Stitch Fix to request items that might work for an Ursula Disney Bound – items in black and purple that I could mix and match and would be appropriate for a cruise.  I kept three items from that Fix and used one of them to put together this Disney Bound, as well as a few other pieces I had or bought. I wore this outfit the morning we had our brunch at Palo. 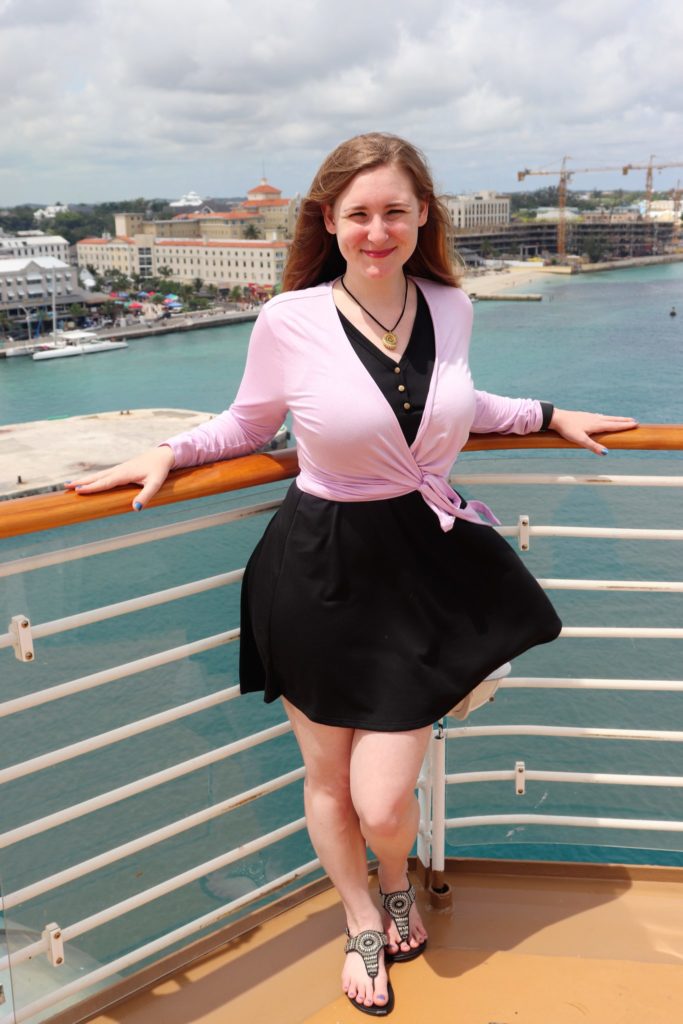 The base part of the outfit was the dress that I got from my Stitch Fix.  It’s just a simple black dress, and when I grabbed it out of the box I didn’t think it would make much of an impression. But it fit well and was nice and light and airy for the cruise.  It also made a comfy cover-up later in the trip for going to the pool.

Since of course Ursula has that great purple skin, I wanted something purple on the top half. I found this cute light purple wrap from Target and went with that over the dress. I felt like it dressed things up a little for our brunch, and also kept me warm in the air conditioning! 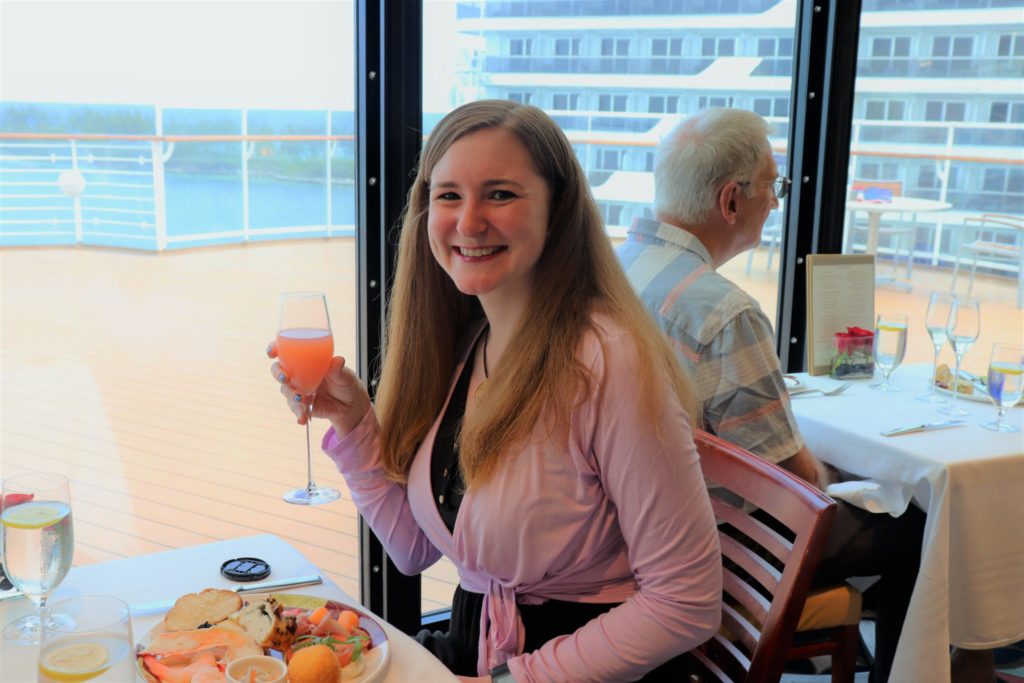 The most “Ursula” thing about my outfit was my necklace, which I got off of Etsy. It’s modeled after the one that she wears in the movie. It’s from the shop Fishes Give Kisses, which I absolutely love. I have a couple of necklaces from them and they are all wonderful!

The only other part of this simple Ursula Disney Bound was a cute pair of black sandals – after all, it was a cruise, so sandals were a must! 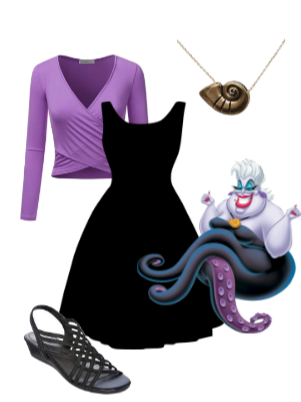 How do you like my Ursula Disney Bound? Which villain would you want to bound as?