You are here: Home / At Home / Try the World review – Greece 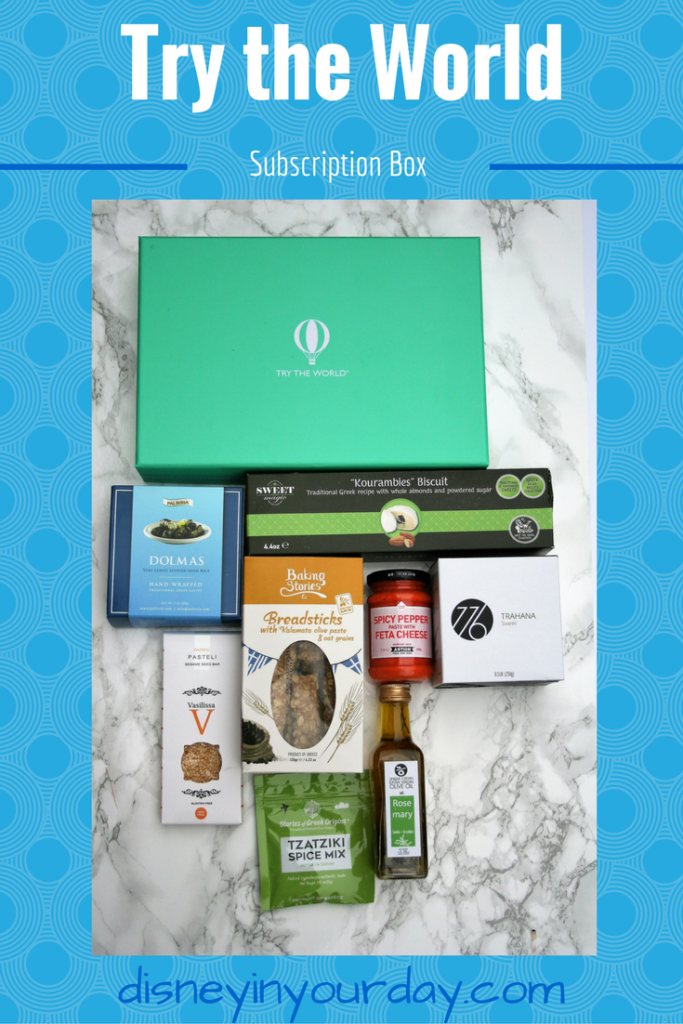 This post was sponsored by Try the World, but all opinions are entirely my own.

I recently got the chance to try out a new subscription box called Try the World, which should appeal to both travel fans and foodies!  Every month this box focuses on a certain country or destination, and you are sent a box of food items from that location.  So if you like snacking around the World Showcase in Epcot or the Food and Wine festival, this is a cool way to try something similar right from your own home!  I received January’s signature box, which featured items from Greece.

I don’t know much about Greek food and don’t have a lot of experience with it, so this was a great opportunity to try something new to me!  The box came with a card inside that listed all of the contents, as well as a couple of recipes using the ingredients in the box.  That really helped me because some of it I wouldn’t even know where to get started! 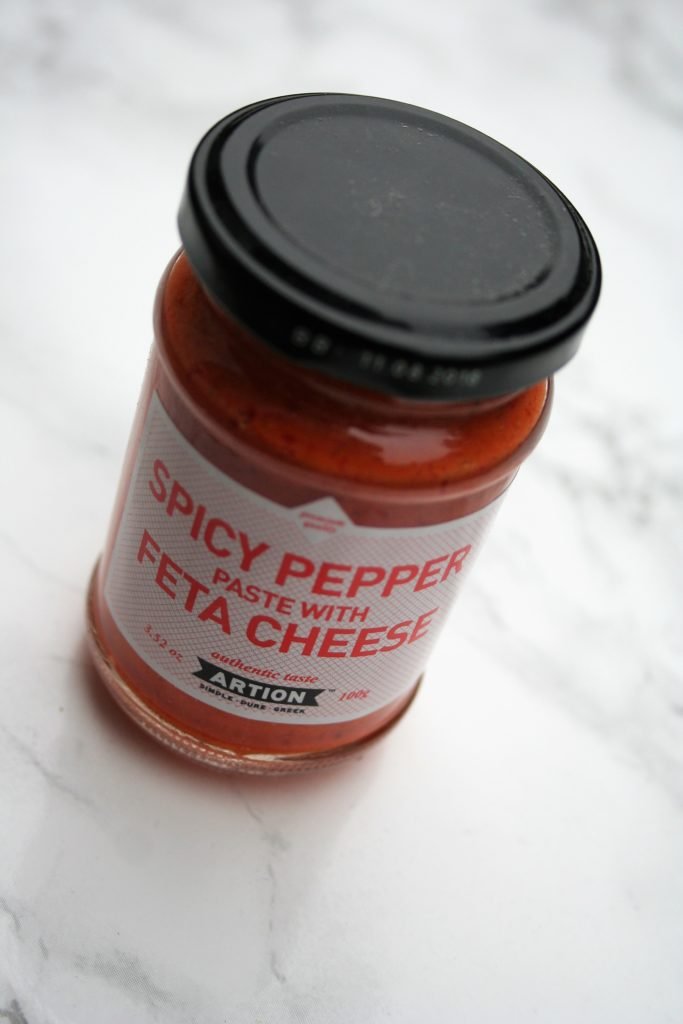 This spicy pepper paste with feta cheese had some great, vibrant flavor to it.  It was spicy but not too spicy, and I loved the flavor of pepper with the feta. 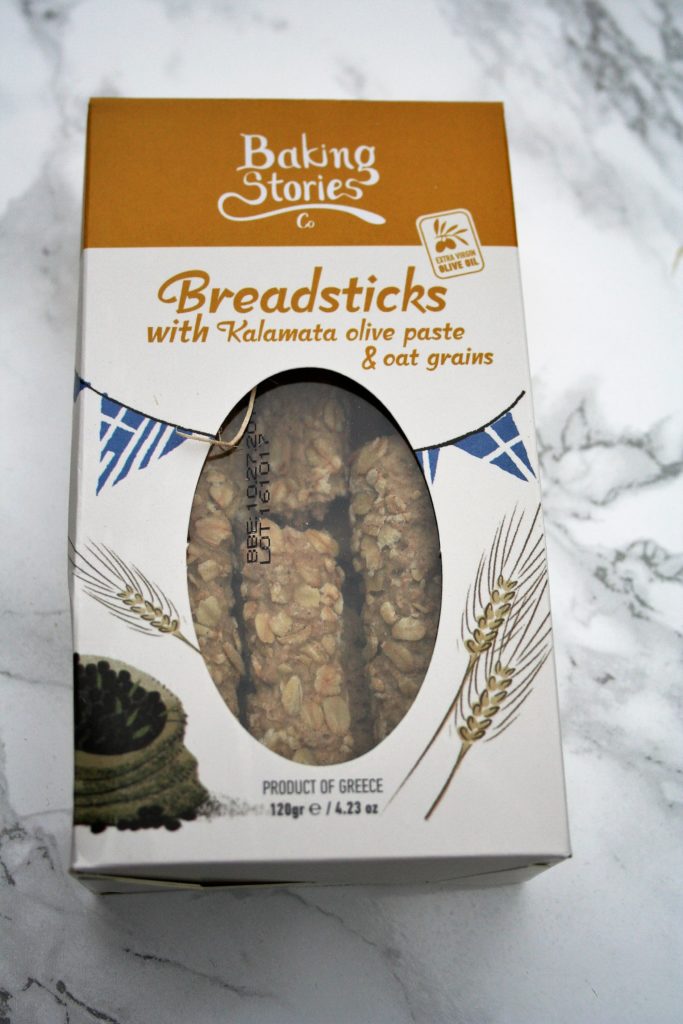 These olive breadsticks had a pretty strong olive flavor (not surprisingly).  They were a little too much olive for me on their own, but I used them to dip into the spicy pepper and feta paste (above) and it was  delicious!  The flavors of the paste helped to balance the strong olive flavor. 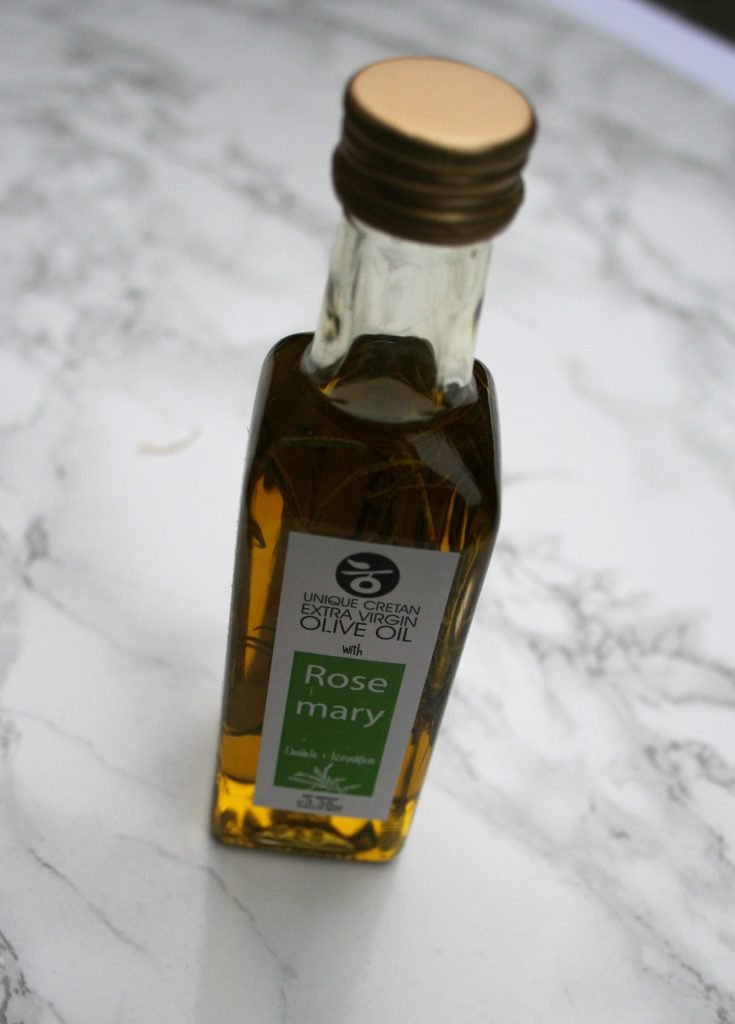 This was probably my favorite thing in the box.  I love olive oil and I love rosemary, so put them together and I’m a happy camper!  It was delicious.  I had some with bread, and also later put it on pasta.  It was amazing any way I tried it. 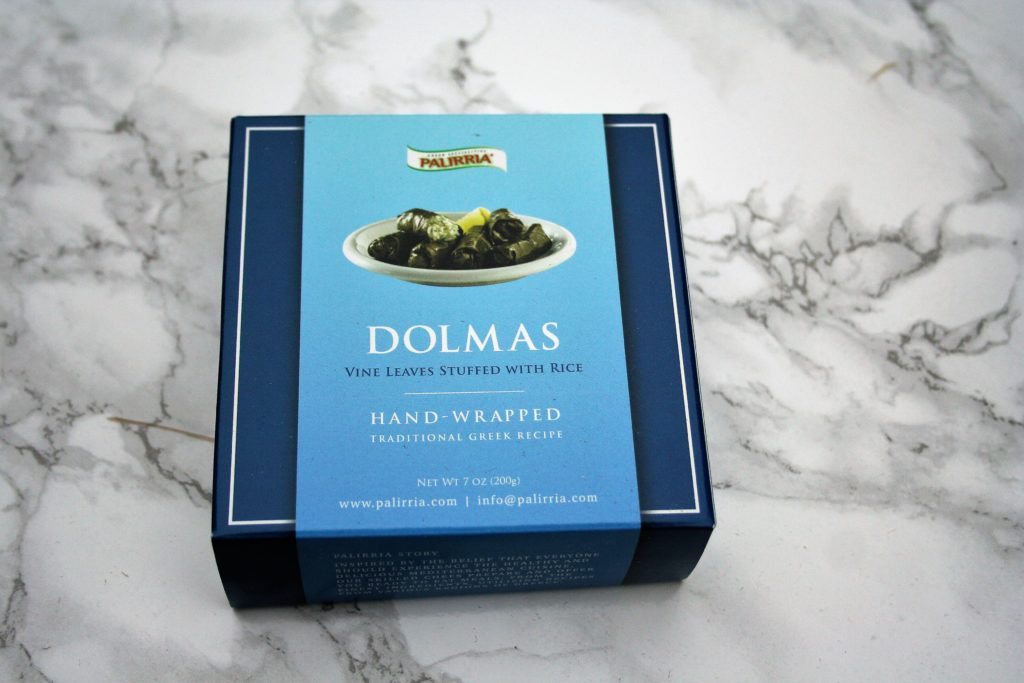 So I will admit that while I’d heard about stuffed grape leaves before, I’d never had the opportunity to try them until now!  I’d been a little hesitant just because they seemed unusual.  But they tasted very good! 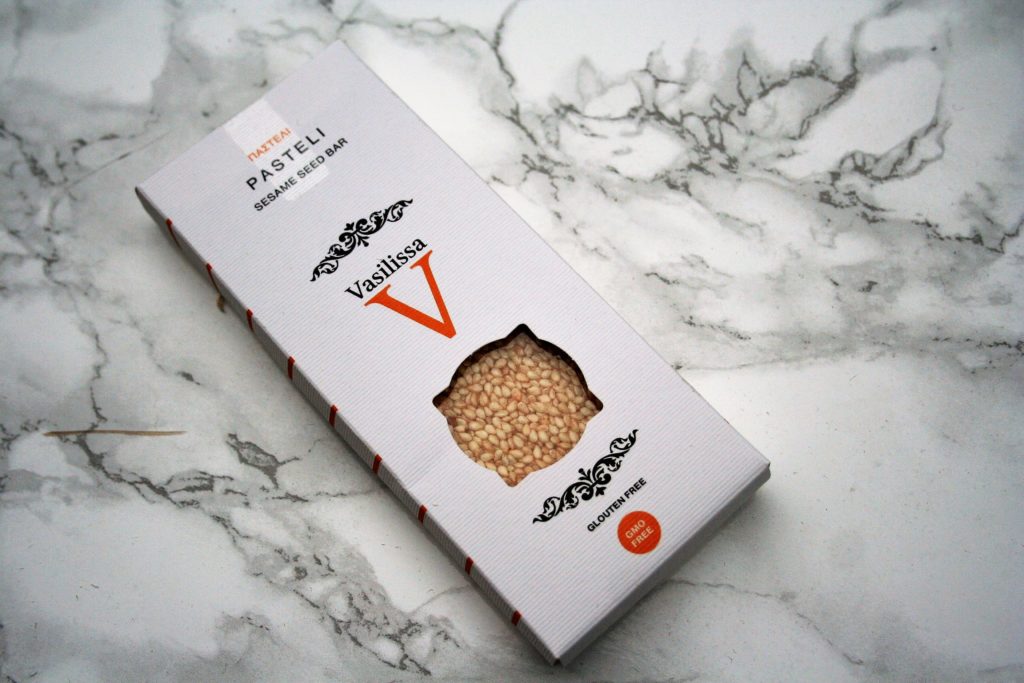 I’m a huge fan of sesame seeds.  This pasteli bar is basically just sesame seeds, honey, and sugar.  Yum.  If you like sesame seeds it’s a win. 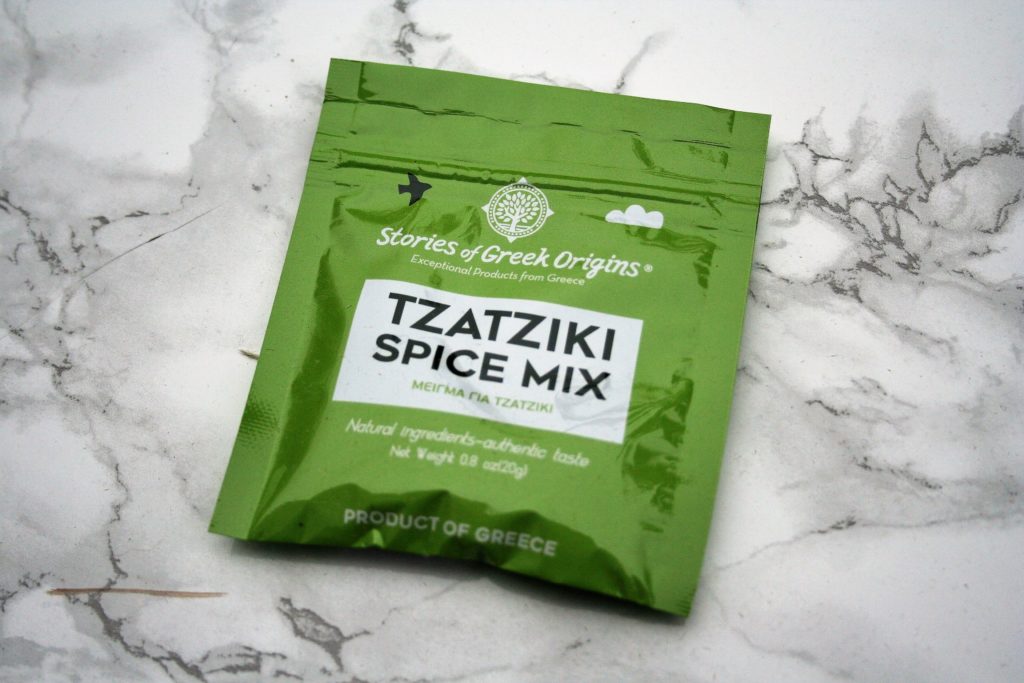 You know what was pretty exciting to see?  This tzatziki spice mix!  I haven’t had a chance to use it yet but I love tzatziki sauce.  Now it will be easy to make it at home! 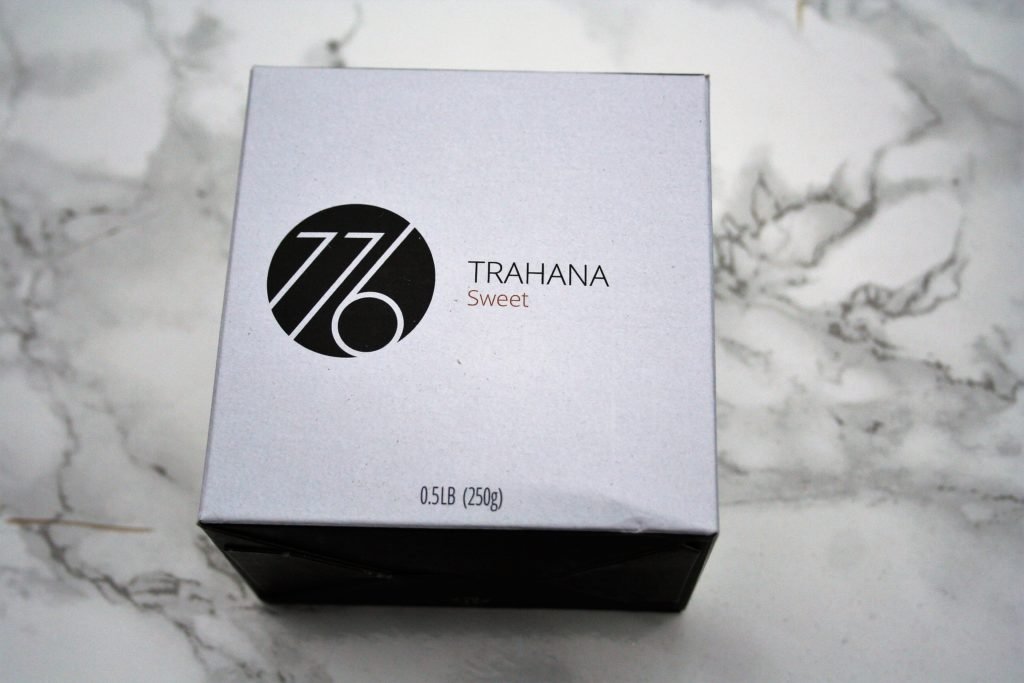 I’d never heard of Trahana, so I had to read about it.  Turns out it’s a kind of tiny pasta.  If you read the blog often, especially my restaurant reviews, you probably know that pasta is my favorite.  I wasn’t quite sure what to do with it, but luckily the book that came with the Try the World box had a recipe!  I made the fisherman’s stew: 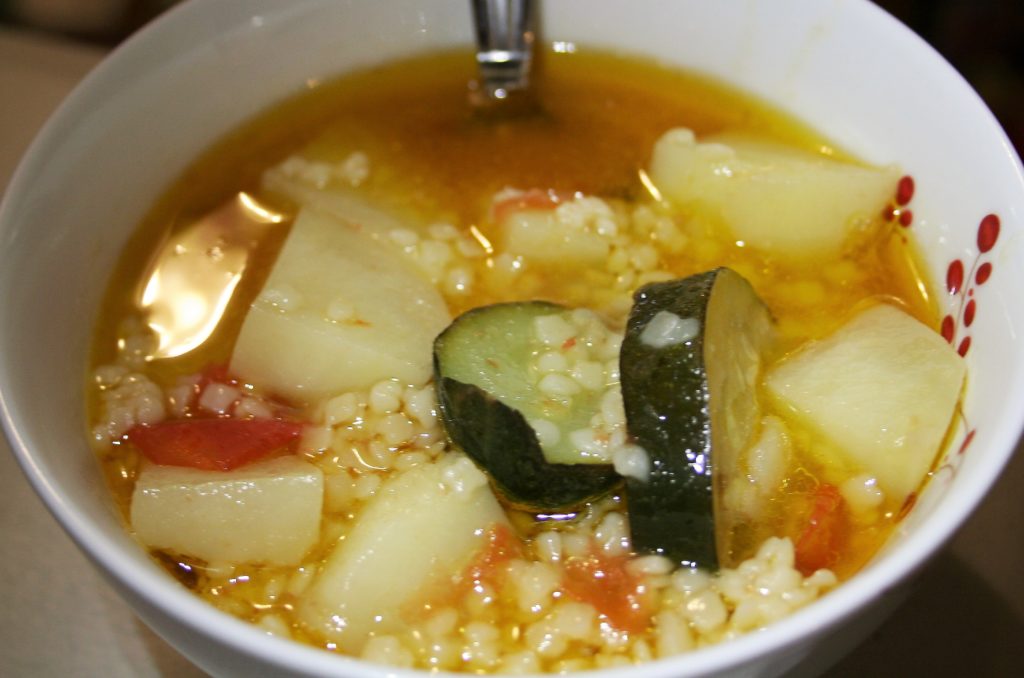 It was really nice.  The pasta was good and the recipe was subtle enough so that it wasn’t an overtly fishy flavor. 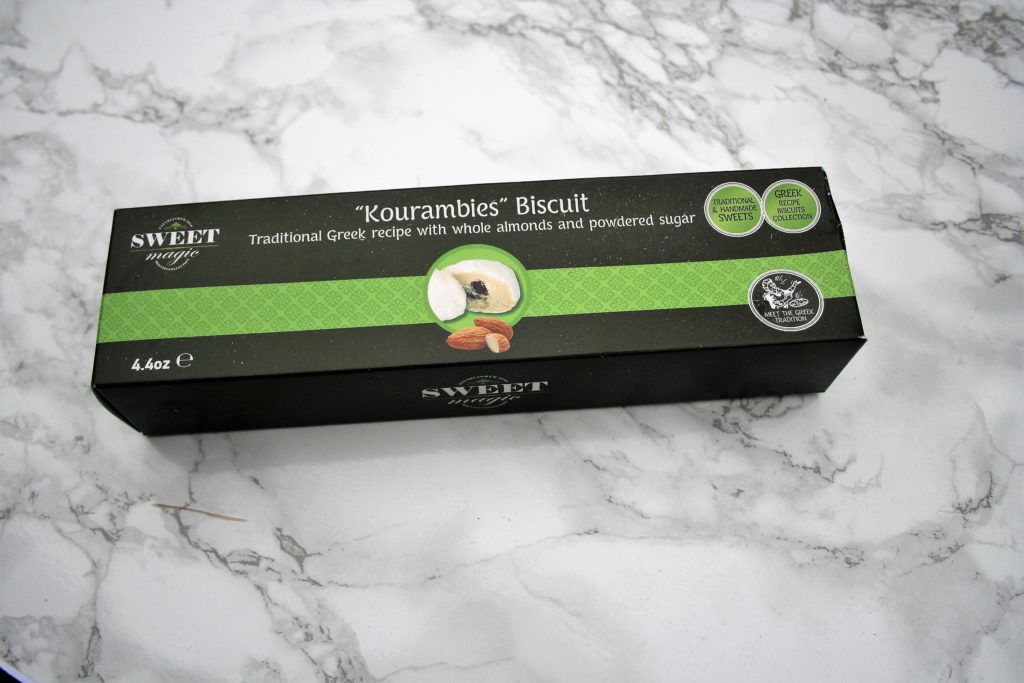 Finally there were these almond biscuits/cookies.  I was a little worried at first that they might be overly sweet since they are covered in powdered sugar, but that turned out not to be the case at all.  The almond flavor was good and it went really well with my morning coffee.

All in all this box was such a neat way to try something new!  I wasn’t familiar with a lot of these Greek foods and it was great to try them.  You can discover new foods from various countries every month if you subscribe to Try the World!  And if you subscribe today, you’ll get a FREE Italy box!

What country would you most like to visit through food?