You are here: Home / Run Disney / Training tips for the Princess Half Marathon 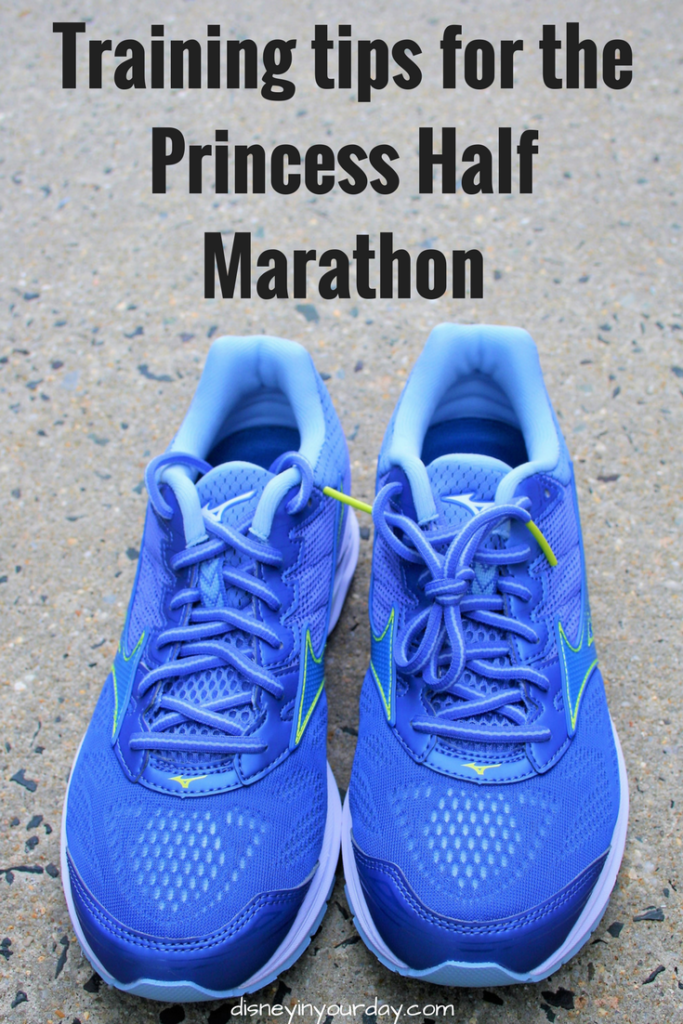 February 2018 will be my 4th time running the Princess Half Marathon (and the challenge!), and I’ve done a number of other half marathons, 10ks, 5ks, and other various distances – including the full marathon.  A lot of people do Princess as their first half marathon, and I think it’s a perfect choice for your first time!  It’s the first half I did.

And when it’s your first time doing a half marathon it can absolutely be scary to think about, and hard to know where to start when it comes time to train.  I’ve had a number of people ask me for my best tips for training for the Princess half, so I figured I would share some of them with you!  Of course not everything works for everyone, but in general these should be some good Training tips for the Princess Half Marathon to get you started! 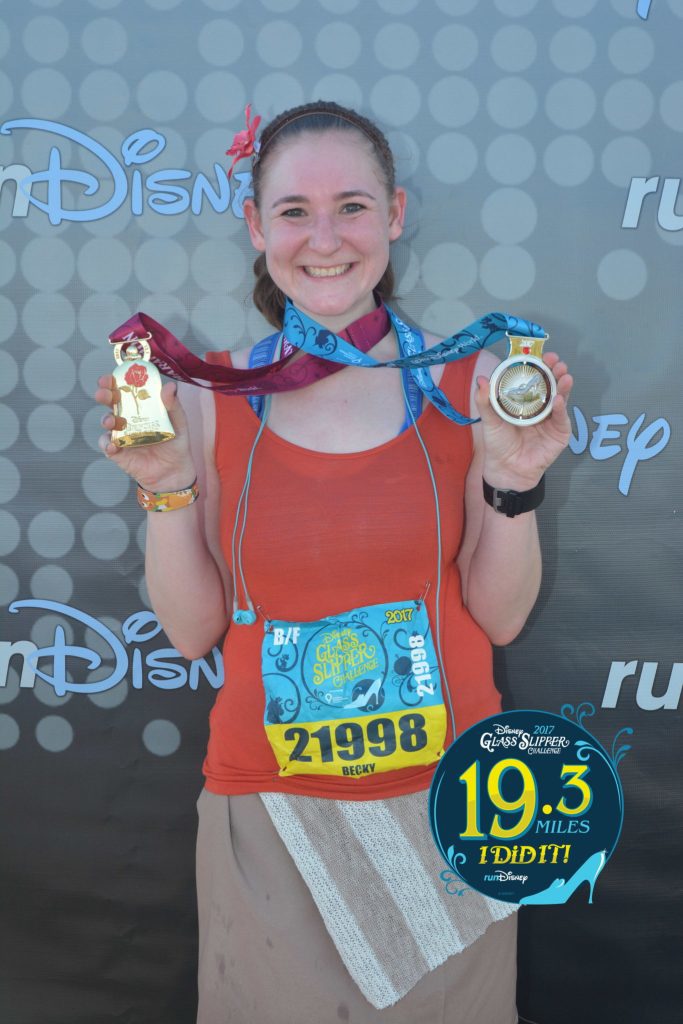 It sounds obvious, but this is the #1 thing you can do to ensure that you have a successful half marathon.  Actually train for it!  Sadly I know people who have run their first half marathon without training at all.  They finished, but they were in an awful lot of pain, and that ruined the next couple of days at Disney for them because they couldn’t walk around the parks.  And they’re lucky they didn’t do more serious damage by attempting something like that.

If you’re reading this blog I’m thinking you’re probably already training or at least thinking about it, so good job!  There are lots of options out there but I’m a huge fan of Jeff Galloway’s training plans.  He uses a run-walk-run method and it really works.  And one reminder: you are still a runner if you take walk breaks.  Don’t let anyone tell you otherwise.  Here’s a link to Galloway’s current training plan for the 2018 Princess half.

Run outside when possible 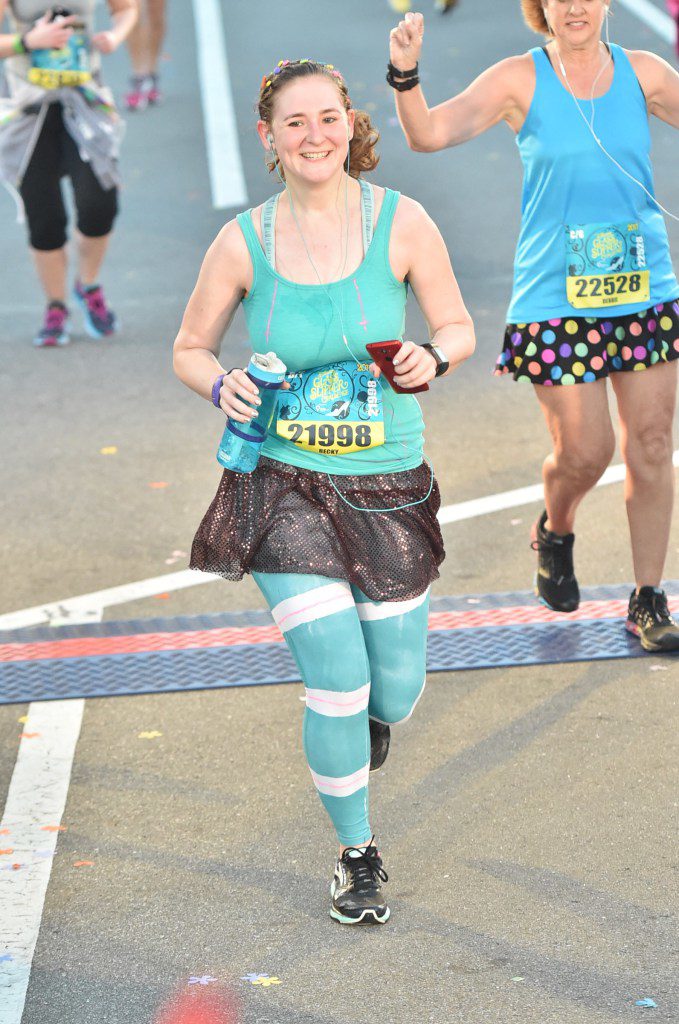 If you’re not lucky enough to be a Floridian, chances are you’re traveling from a place that is cold and has snow during the majority of your training plan.  I’ll be the first one to admit that running in the cold is one of my least favorite things ever.  But getting outside, even once in awhile, is super important.  It’s so easy to adapt to the comfort of the gym when you’re on a treadmill – the nice temperature, the flat surface, the ability to keep your phone and your water bottle in cupholders.  You won’t have these things on race day.  You don’t have to do every run outside, but at least once in awhile get out there to keep your body used to the different terrain and the way you’ll actually have to be running on race day.

Find the right shoes for you 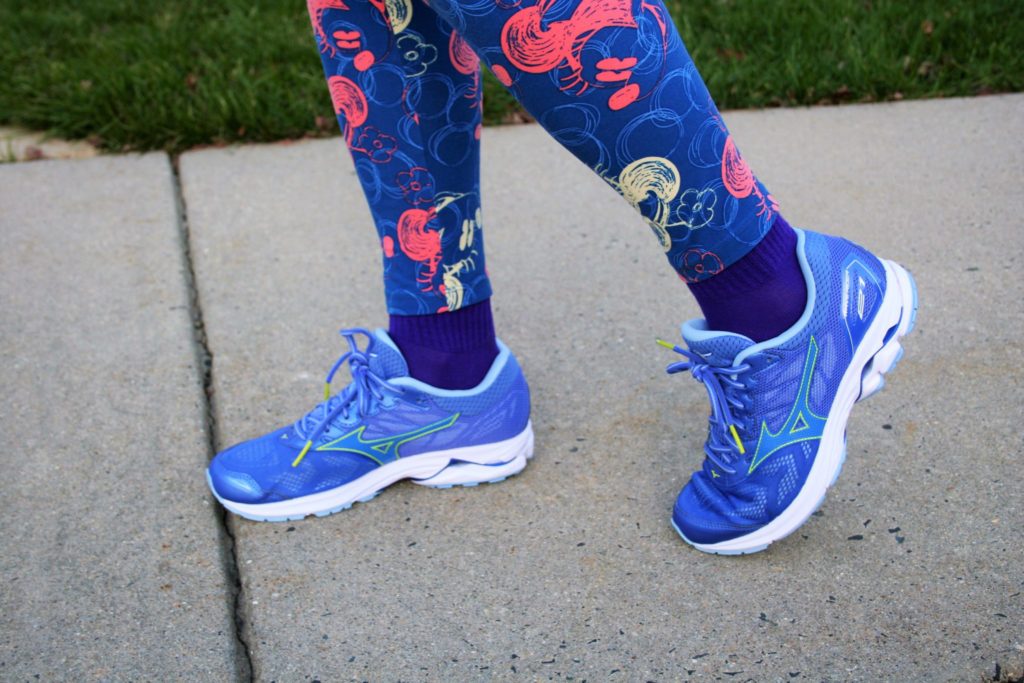 Running is all about your feet, so it’s no surprise that the shoes are probably the most important part of your training equipment.  I’ve tried lots of different running shoes, but a really solid option for beginners is the Mizuno Wave Rider 21.  It’s a neutral shoe but it still has some good cushioning and support.  Before this I had been using a more neutral shoe, so feeling that extra padding was nice while still having the mesh breathability.  Mizuno is also very durable so it will last you for awhile.  And I like the way they look, too – they even matched my leggings!  The best way to find your shoe is to go to a running store and try some on, but definitely ask to try the Mizuno Wave Rider 21 and see how they feel for you.

Include challenges in your training 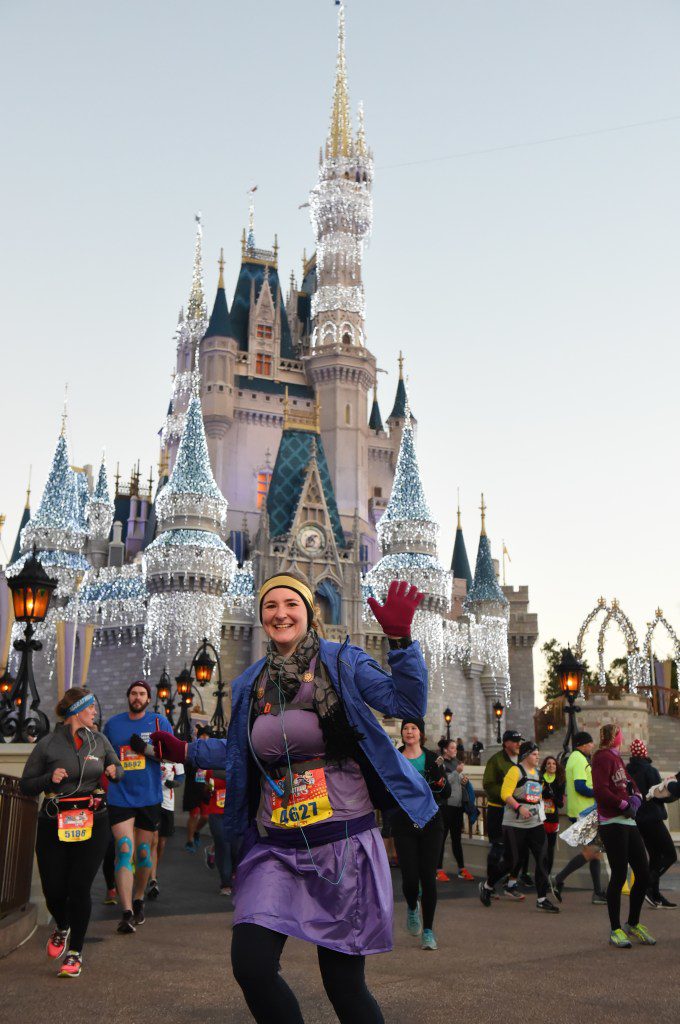 Yes, it can be 35 degrees in Florida. For the marathon I had to run with gloves, scarf, and jacket! Good thing I had trained out in the cold and the heat.

Races aren’t always straightforward.  You never know what might come up, so try to throw some challenges in your training.  If you’re not feeling 100%, try running anyway (if you’re really sick obviously take the day off).  You might not be feeling at your peak the day of the half marathon either.  Raining outside? Go out anyway, it could rain for the half.  Get used to different temperatures – I’ve done Princess when it was both 40 degrees outside and 80 degrees, and your body responds very differently to each.  And throw some hills into your training, whether it’s outside or on the treadmill.  Florida is pretty flat, but there’s at least one fairly steep incline during the half marathon you’ll have to tackle.  And make sure your shoes are still comfortable with hills and sharp turns.  I’ve found some other shoes are more difficult to do the inclines in, but the Wave Rider 21 has enough cushion that I’m still comfortable the whole time. 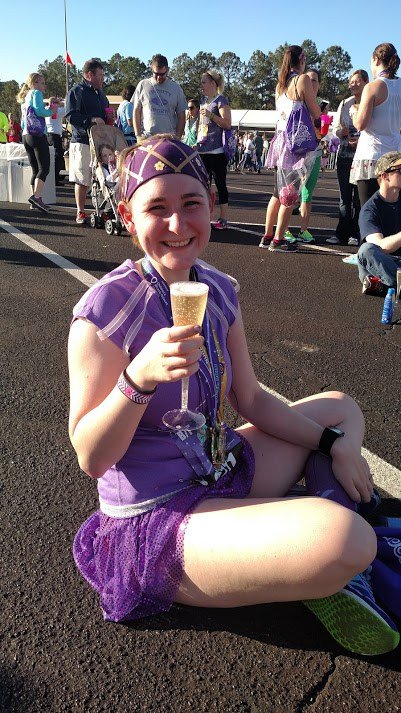 Treat yourself after the race… but make sure you have the proper protein and nutrition too!

Depending on your pace, a half marathon could take you anywhere from 2-4 hours (or even more or less).  And you’re active that whole time, so you need to make sure you’re taking care of your body in terms of fuel.  How does your body react to things that you eat before, during, and after a run?  You’ll have to try different things to see what works best.  And are the water stops enough, or should you carry your own water?  What about gatorade?  These things can vary a lot from person to person, so it’s important that you experiment with it and figure it out during your training.

Practice running in your costume 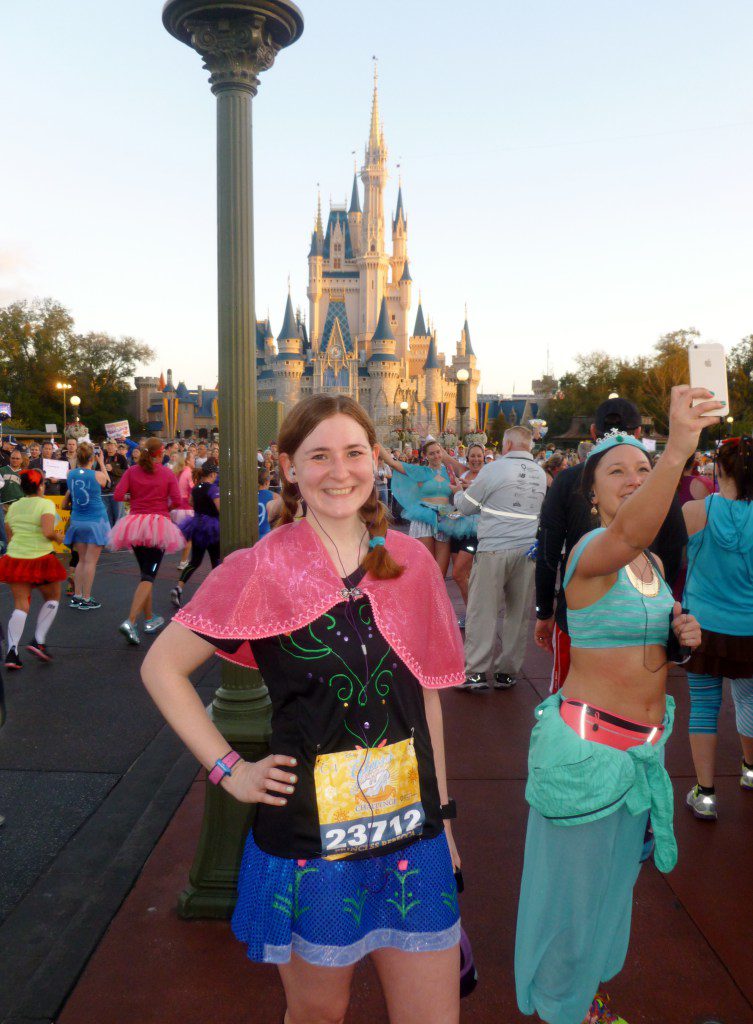 Practicing running in my cape helped me make sure I knew where to pin it!

Are you planning an awesome running costume? I highly encourage it, costumes are one of my favorite parts of Disney races!  However, depending on how elaborate you go, they can also present challenges when running.  Make sure you test out your FULL costume on a longer run, no matter how silly you might look.  Tulle from a tutu can get between your legs and chafe, a hat or headband might not stay on your head, the cape you have might slip all around your shoulders and drive you crazy.  Show your Disney pride to the neighborhood by wearing your costume out and then fixing what needs to be fixed and pinning what needs to be pinned.  The same goes with your shoes – don’t wait until the last minute to buy new running shoes.  I’ve been using my Mizuno Wave Rider 21s on several of my longer runs lately, and they are still comfortable for the longer distances.  But you don’t want to just test new shoes on a shorter distance and find out later they don’t work for longer runs!

Are you training for any races? What other things have you learned during your training?

This is a sponsored conversation written by me on behalf of Mizuno. The opinions and text are all mine.