Magic Kingdom and Epcot tend to get a lot of love around the holidays – Magic Kingdom has Mickey’s Very Merry Christmas Party, and Epcot has Candlelight Processional and the Festival of Holidays. However, Hollywood Studios and Animal Kingdom have really been stepping up their offerings when it comes to the most wonderful time of the year.  In addition to Jingle Bell, Jingle BAM at Hollywood Studios, they’ve also decorated Toy Story Land for the season!

Putting up some decorations and Christmas details is a relatively easy way to make the parks feel more festive, so I’m always surprised that they don’t do more in the different lands.  So I was very happy to see this was changing for Toy Story Land! The Christmas decor goes well with the characters. After all, toys fit right in at Christmas! 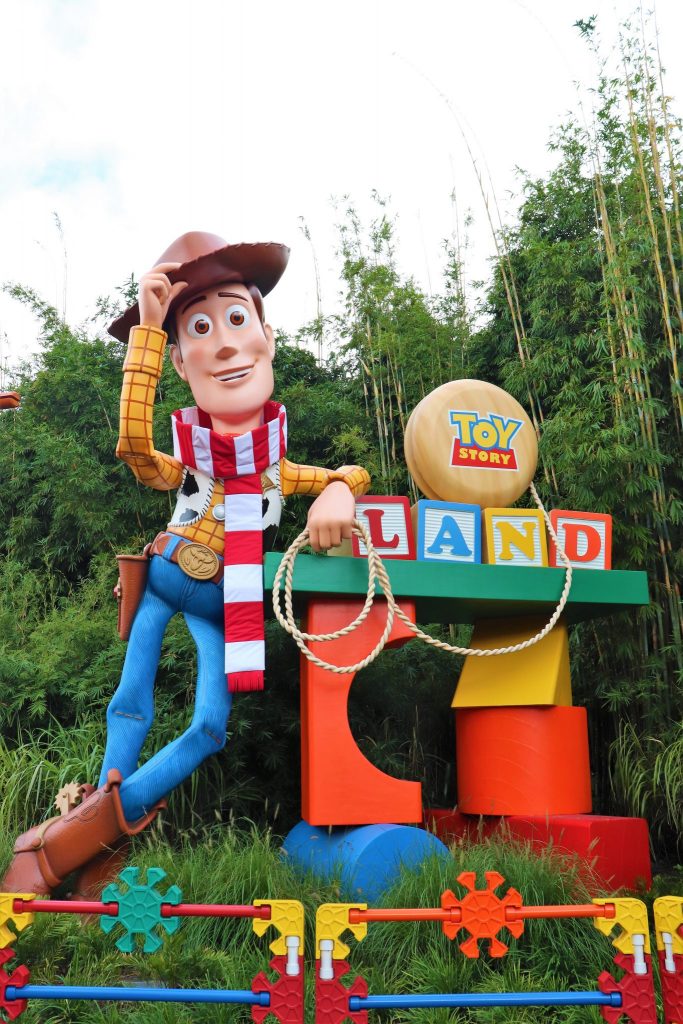 When you first enter that area of the park the large Woody statue greets you (and I still can’t get over the terrible jokes that come from that statement).  For the holidays he is wearing a festive red and white scarf! It was still about 80 degrees when we visited in November, so he might have been a little warm, but I’m sure he’ll appreciate it when Orlando has one of those rare cold days 😉 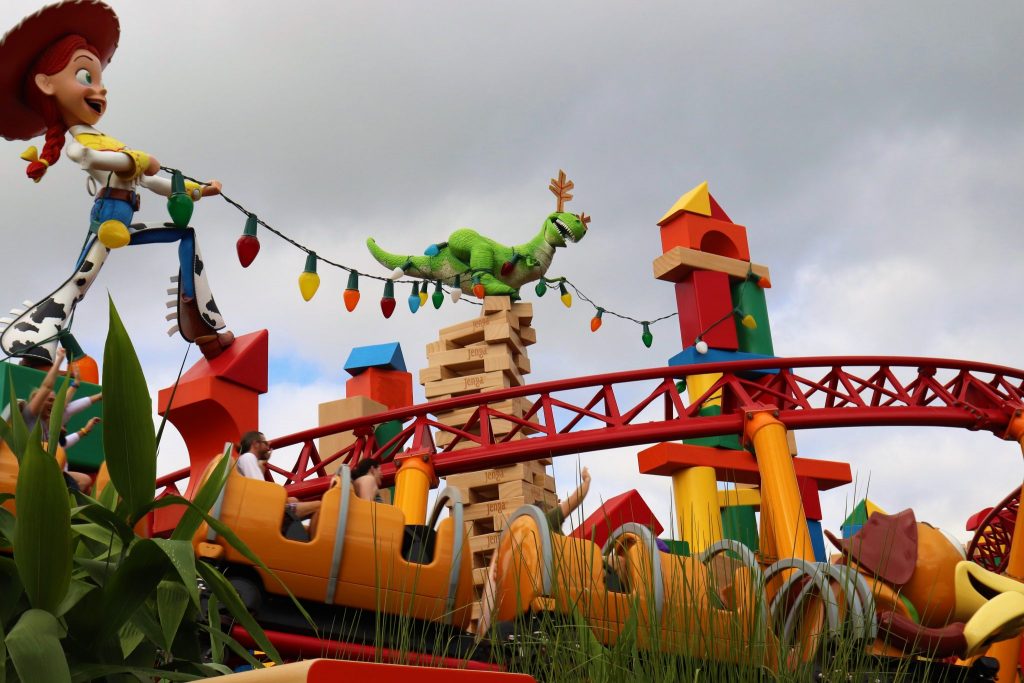 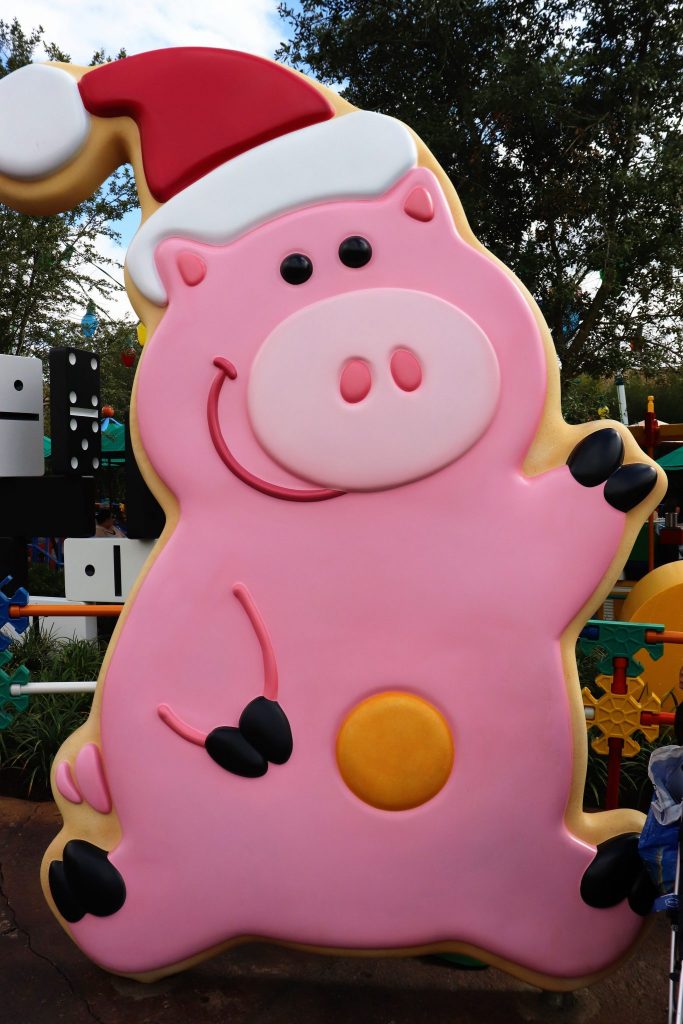 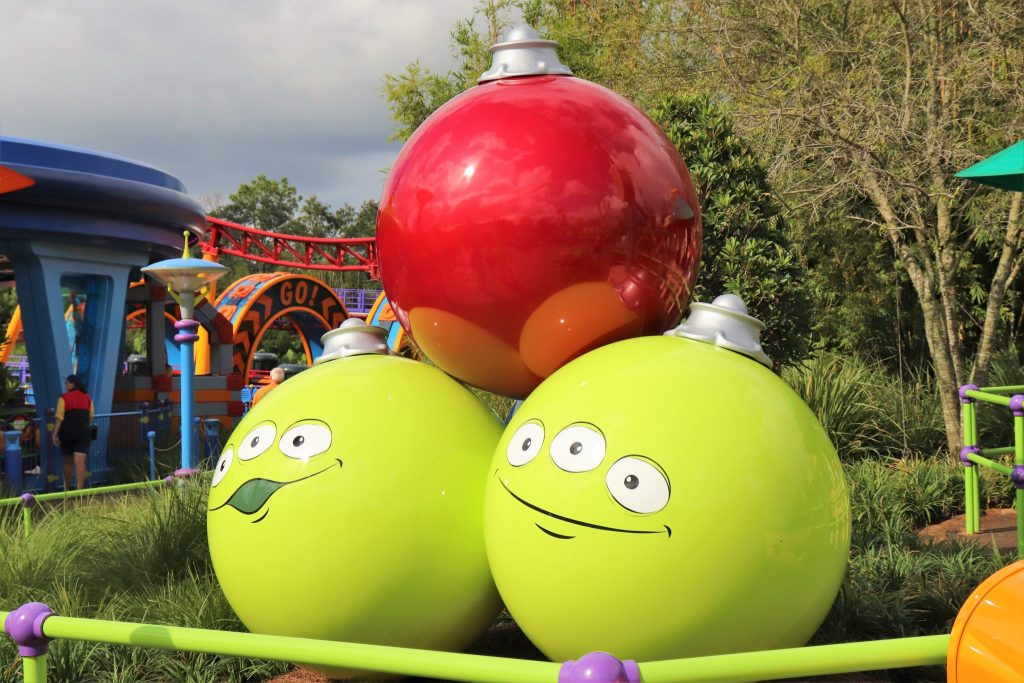 A couple of other Christmas decorations are found in various places.  The Rex statue that is on Slinky Dog Dash is outfitted with some antlers – and I love that they are made out of “cardboard” to look as if he made them himself just for the season! A large Hamm sugar cookie sits outside of Woody’s Lunch Box, and these adorable giant alien “ornaments” are found near the Alien’s Swirling Saucers attraction. 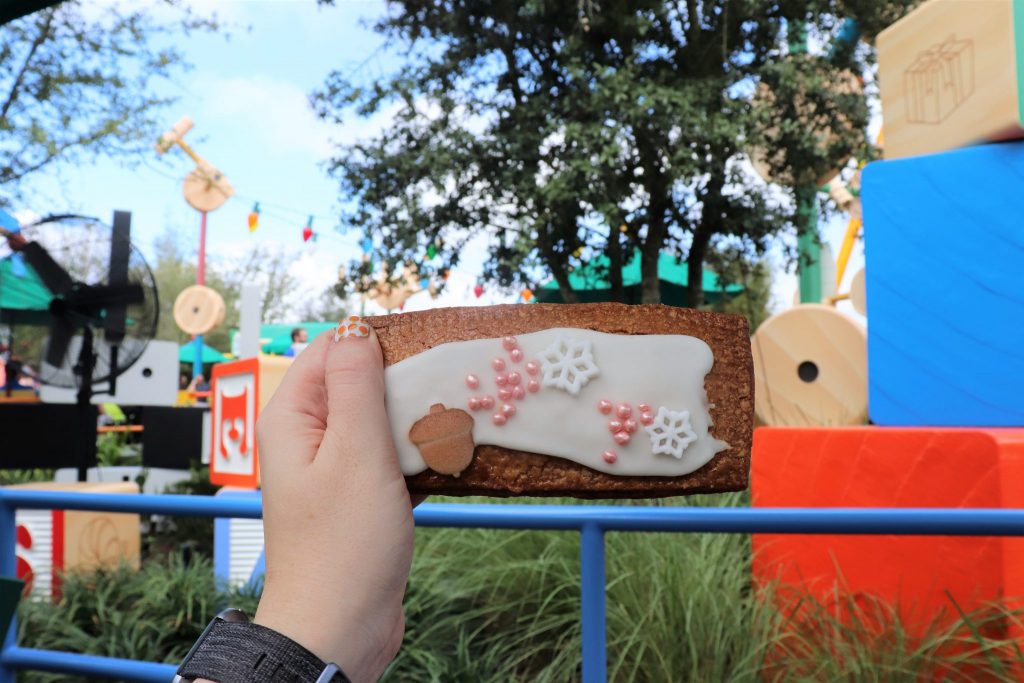 In terms of food, there’s one holiday themed item available at Woody’s Lunch Box. The Holiday Cinnamon Cran-Apple Lunch Box Tart is available for a limited time. I tasted much more apple than cranberry – it was kind of like an apple pie flavored pop tart.  It was tasty and so cute! 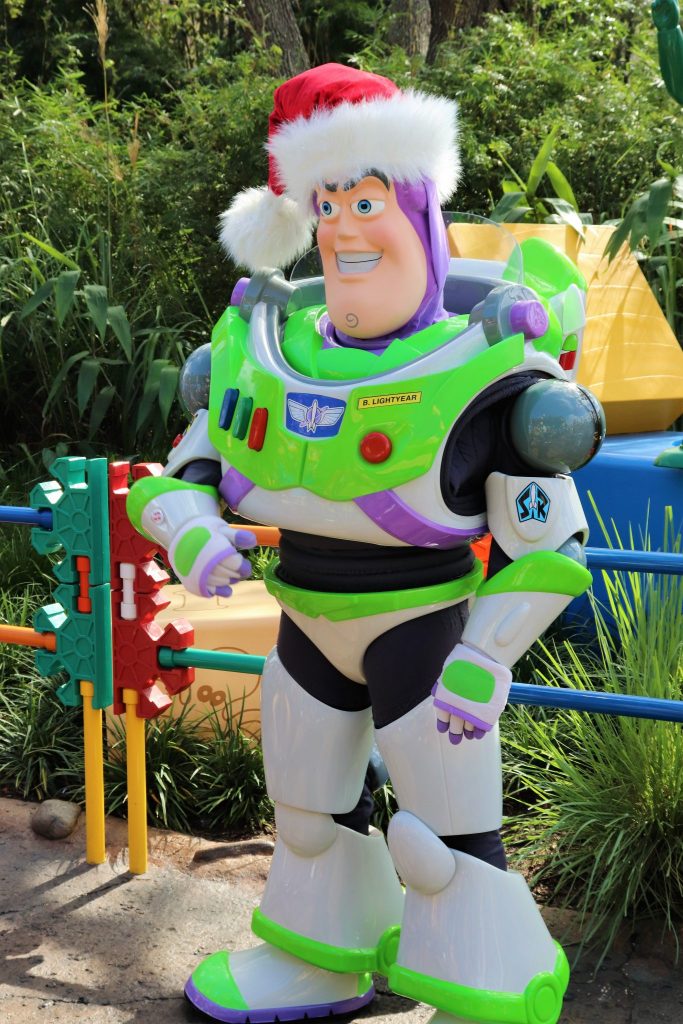 Even the characters got in on the action with their own special outfits! Buzz Lightyear looked great rocking the Santa hat.  Woody and Jessie had cute costumes too, with Christmas themed vests.  And check out Woody’s holster – he’s holding a candy cane in there! 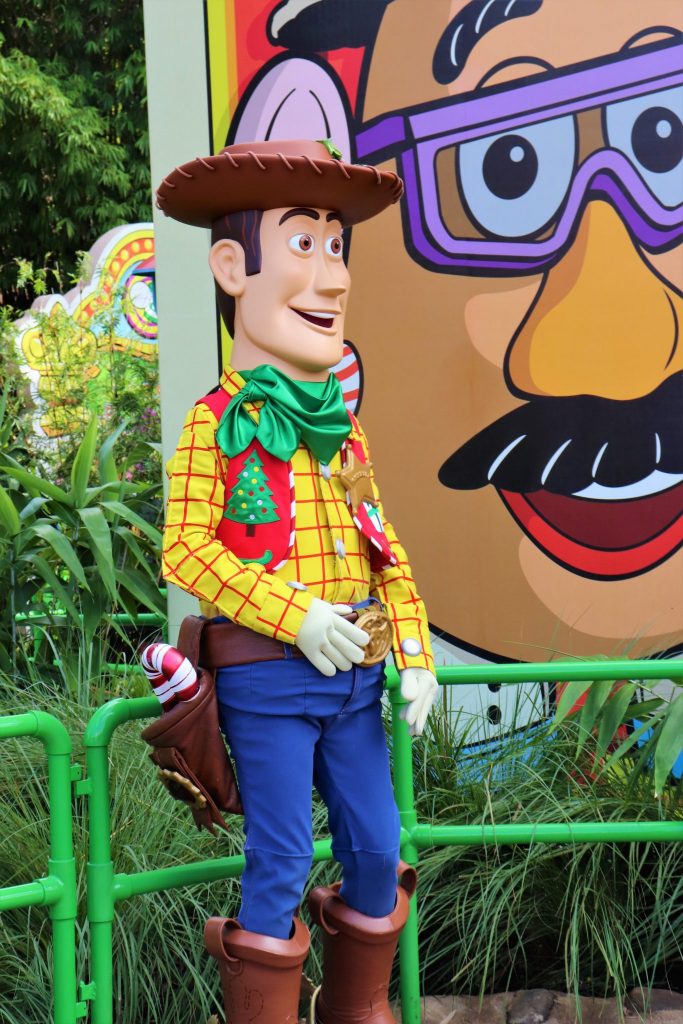 What do you think about Toy Story Land Christmas? Do you like the details they’ve added here in Hollywood Studios?