You are here: Home / Disney Movies and TV / Thoughts on the Great Mouse Detective 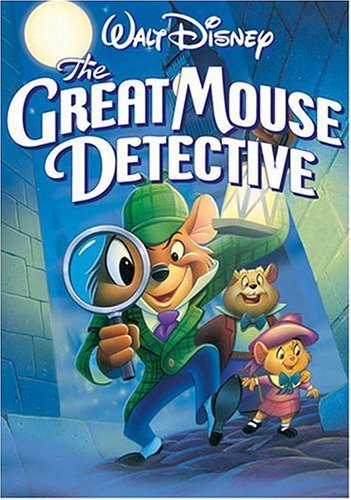 Highlights:  This movie is obviously inspired by Sherlock Holmes and there are a lot of cute references to it throughout the film – some subtle, some obvious.  I enjoyed it a lot, more than I remembered from my childhood.  And the ending scene, the big fight taking place inside of Big Ben, is very well done.  The animation is great and it’s very exciting to watch.

Low points:  Not necessarily a bad thing, but some of the plot elements are a bit outrageous or unbelievable. The craziest part was when they actually escaped from the mouse trap that they were in… but in many ways that’s what Sherlock Holmes was all about.  Figuring out things down to a T at just the right moment. 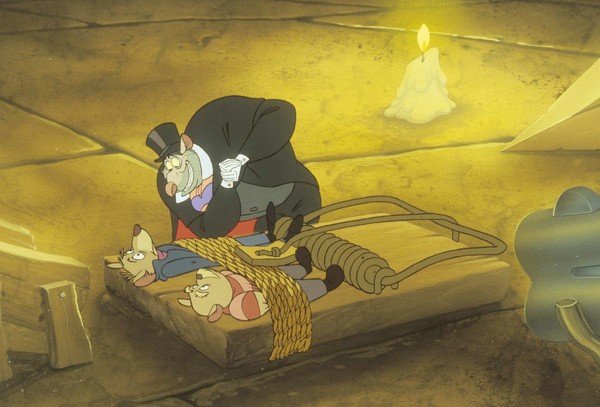 Music:  I felt like this movie had such great potential to really be a wonderful Disney musical!  It had a great, show stopping song that was perfect for the villain… and that was mostly it.  There’s one other song performed in a sort of “club” by a female mouse singer/dancer that was a fun jazzy number, sung well.  If it had more songs in it I think this movie would really be a top contender for me.

Villain:  Ratigan is absolutely awful, and certainly ranks high on the list of villains for me.  He has absolutely no problem killing off his henchmen for insignificant reasons.  He tries to take over the country and kill the queen. And he’s absolutely insane, as evidenced by the way he goes from “animal that acts like a human” to “just plain animal” by the end. 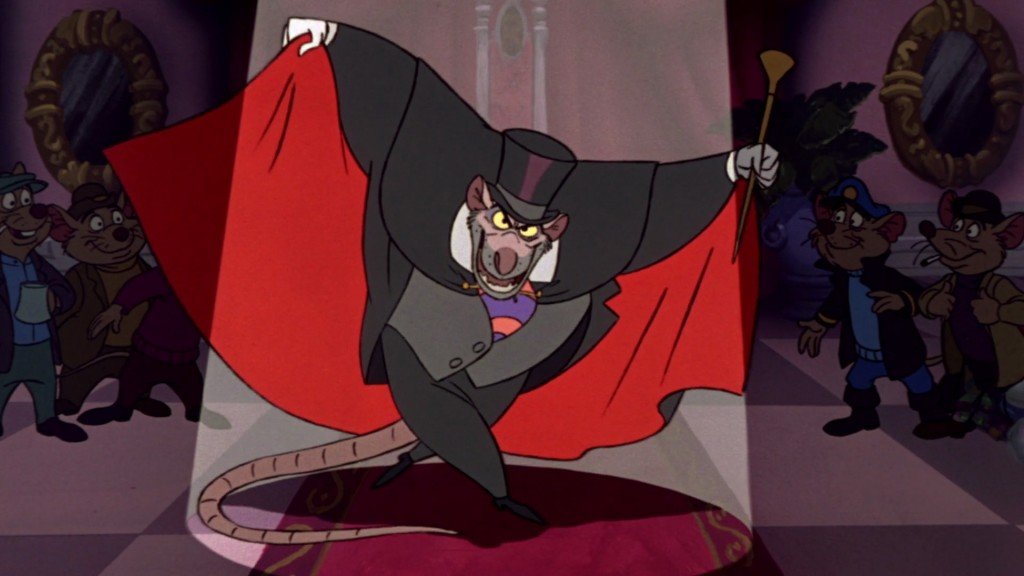 Fun fact:  The movie is based on a book called Basil of Baker Street, which is in turn based on the Sherlock Holmes book series by Sir Arthur Conan Doyle.

Where in the World:  Again, this film’s been neglected in the world.  There’s no connections that I can think of – let me know if you know of any!