You are here: Home / Disney Movies and TV / Thoughts on Princess and the Frog

Highlights: Friends, I’m going to be honest and say that I think you will find this review a bit biased because after many watches, I’ve finally decided this is probably my favorite animated Disney movie. It’s not the “typical” choice, but it is a movie that I have completely fallen in love with. I adore Tiana. She’s smart, hardworking, dedicated, and won’t let anyone stand in her way. I love the fact that she’s a strong character while still being likable, and she’s also not perfect – she has lessons to learn. It also hits all of the right emotions.  There’s happiness, comedy, and sadness.  There are lots of really great, funny lines in this movie, and hilarious characters, like Raymond and Louis.  Tiana and Prince Naveen start out disliking each other because they are so different, but it’s fun to watch the romance grow between them as they both start to see beyond the exterior and realize the other one actually is caring and a good person. The story itself is fun, and I never felt like the pace was lagging or I was checking my watch. The music is fantastic. 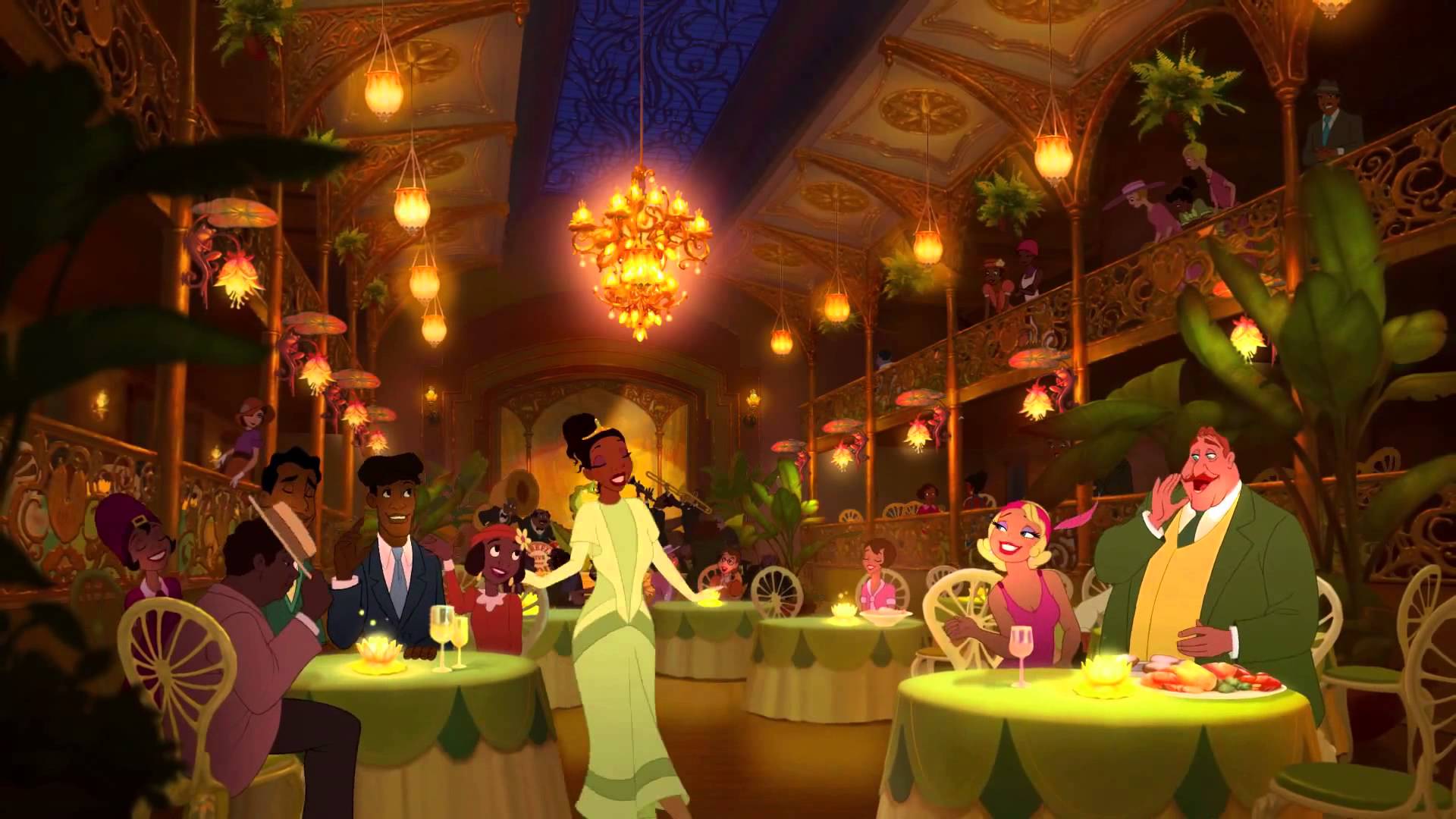 Low points: Obviously it’s hard for me to find too many things I don’t like about this movie. However there is one scene I don’t care for, and that’s when Naveen and Tiana are frogs and almost get captured by a trio of hunters. I find it to be a bit more “stupid” than genuinely funny and the extreme “stupid hillbilly” portrayal just doesn’t jive that well with me. I could do without that scene, and I don’t think it adds much to the plot, but that’s about it.

The music: Since the story takes place in New Orleans, it features a lot of jazz music, which I love.  I really don’t think there’s a bad song in the bunch.  My favorites would be “Almost There,” Tiana’s big solo song, and “Dig A Little Deeper,” the song that Mama Odie sings.  However, “Evangeline” is also beautiful in its own way.  The only thing noticeably missing is a duet between the two lovers.  Even a light-hearted, fun one would have been appropriate, but they don’t really sing together.  The closest thing to a love song from the movie is “Evangeline.” Anika Noni Rose also has an incredible voice as Tiana. I heard her sing a little bit live at D23 and she blew me away – so much talent! 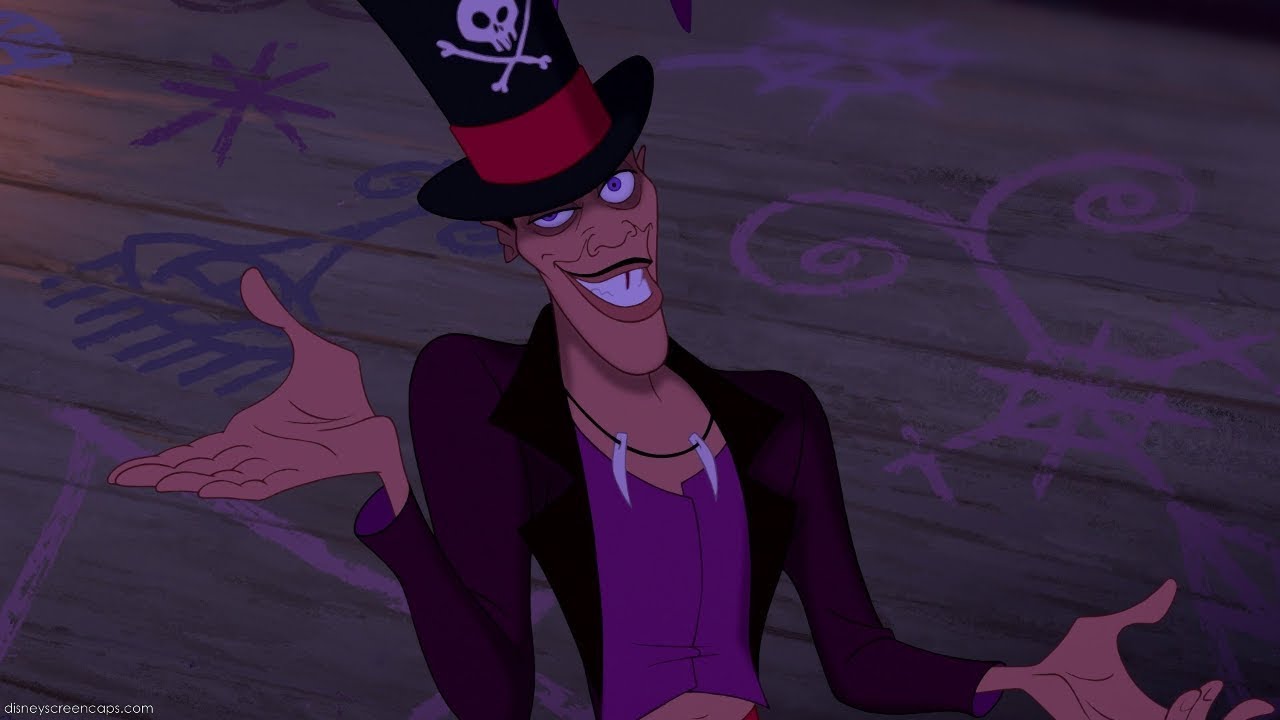 The villain: Dr. Facilier, more commonly known as “the Shadow Man,” is a pretty evil villain.  He’s a bit reminiscent of Jafar – out for power, and with the ability to control evil magic.  However, the Shadow Man is super creepy because he’s actually in cahoots with the devil – his “friends from the other side.” The whole voodoo magic thing also fits in so well with the New Orleans setting, and I just think he’s a very well done villain.

Fun fact: Princess and the Frog was done using traditional hand drawn animation, rather than computer generated. Disney had originally stated that Home on the Range would be their last traditionally drawn picture, but they briefly returned to it with this one before going back to CG with Tangled. It was also the first fairy tale/fantasy inspired film since Aladdin, and the first full musical style movie since Mulan (other movies had songs, occasionally sung by the characters, but not a full musical score performed by the characters). 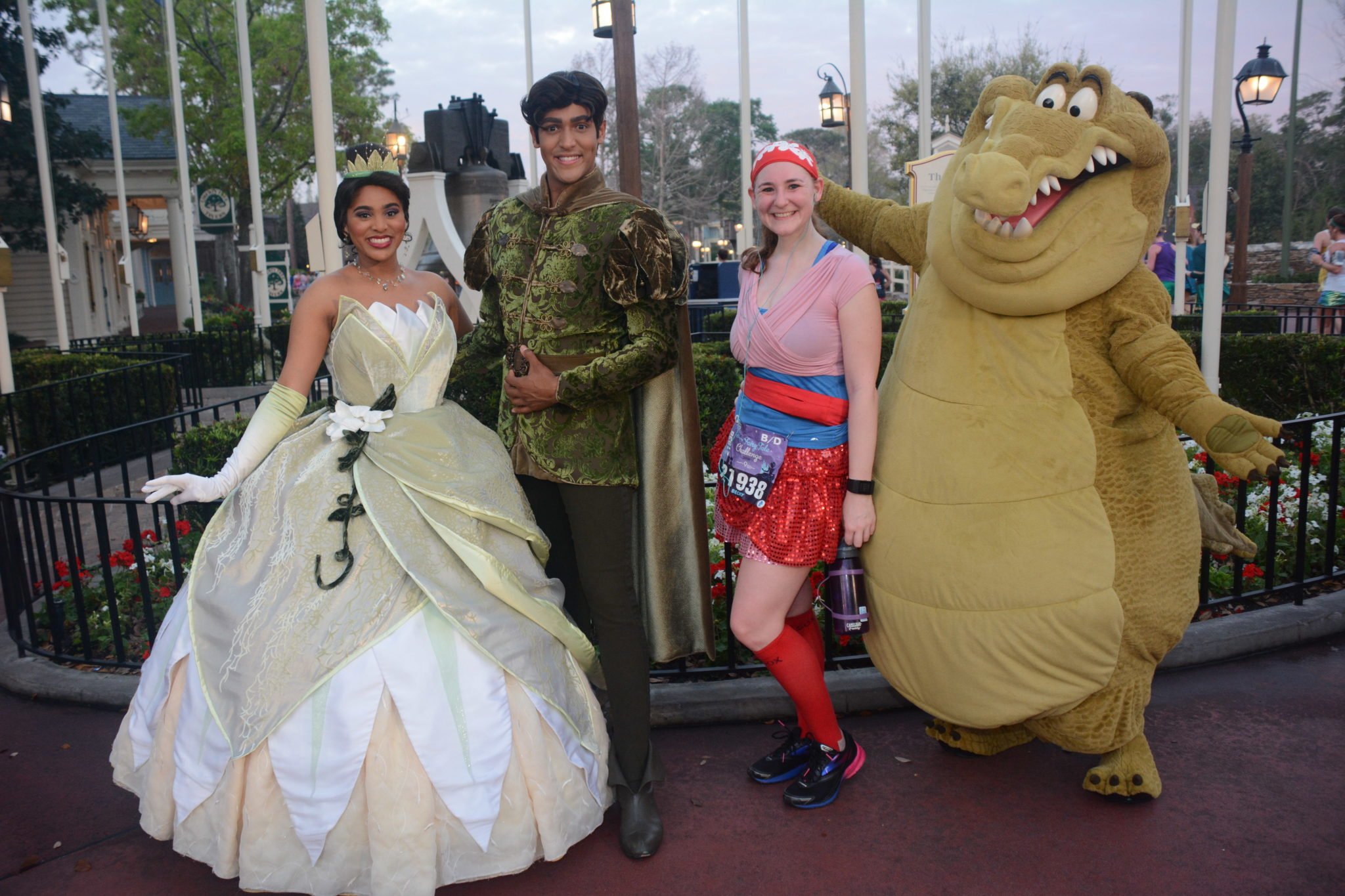 Where in the World: Tiana does regular meet and greets at Princess Fairy Tale Hall in the Magic Kingdom, alongside Rapunzel. Over at Port Orleans Riverside you can see touches of Princess and the Frog, especially in the Royal Rooms where Tiana is a focus. Finally, Disney is in the process of building a new resort called Reflections, which will feature a Princess and the Frog themed restaurant.

My rating: 10 out 10. Probably takes the slot of my favorite Disney movie.

Have you seen The Princess and the Frog? What do you think of this movie?